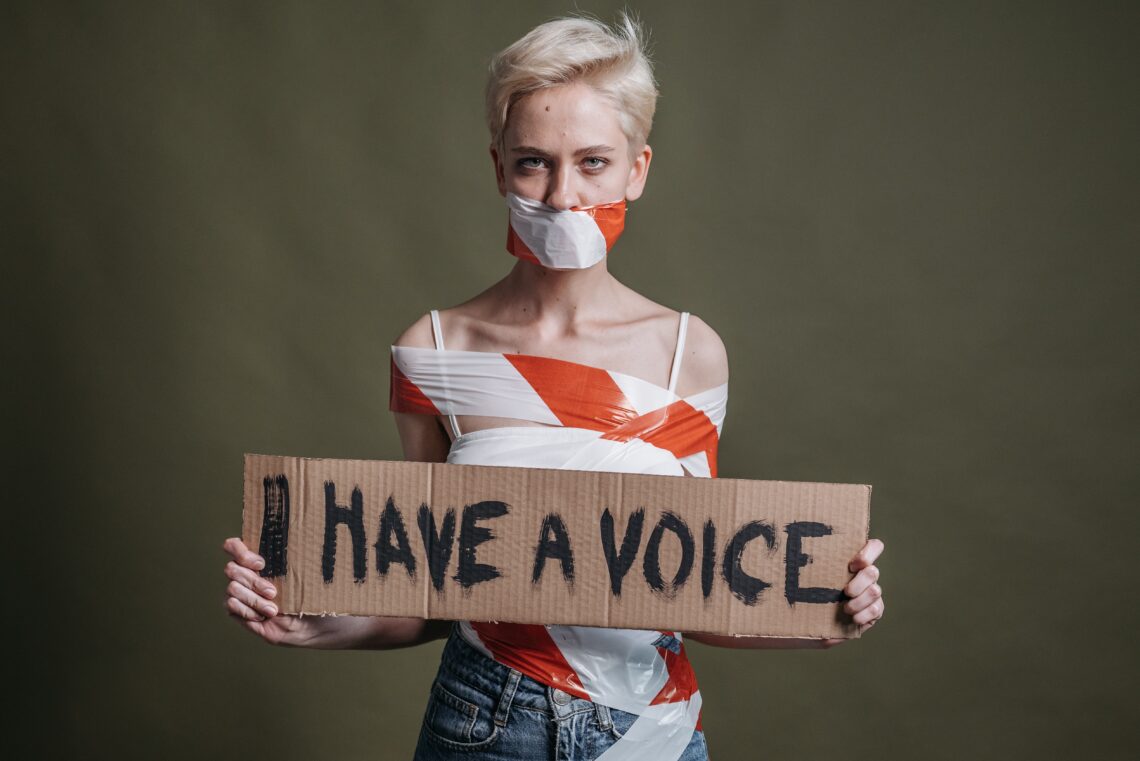 A proposed UK law designed to protect women from duress could end up denying freedom of expression, believes Zuzana Revayova.

The UK parliament is poised to approve a proposed bill which would ban pro-life vigils outside abortion clinics.

The thinking behind the proposal is that such vigils place inordinate pressure on vulnerable women who are having to grapple with an extremely difficult decision. The last thing they need, so the argument goes, is Rosary-touting grannies urging them to reconsider.

But opponents of Clause 11 to the Public Order Bill, which criminalises anti-abortion vigils, argue that it discriminates unfairly against pro-life campaigners and that their vigils have impacted positively on hundreds of women in the UK who were in crisis pregnancies.

On 18 October this year, British members of parliament  approved the clause by 298 votes to 110. The bill now seems almost certain to be passed as it has gone through the Commons and has had its second reading in the Lords.

But pro-life volunteers argue that it misrepresents their presence near abortion clinics.

They say they are on site to offer women practical support, which shows them that other options are available aside from abortion.

Others say they are there simply to pray in silence and prayer should not be discriminated against.

Anti-abortion campaigners say the bill will now uniquely and unfairly target pro-life individuals and organisations in a way that no other group in UK society is restricted.

Section 9 of the new clause states that anyone who ‘interferes with any person’s decision to access, provide, or facilitate the provision of abortion services in that buffer zone’ is guilty of an offence and can face large fines and up to two years in prison.

What is understood as ‘interference’?

Anyone who ‘informs or attempts to inform about abortion services by any means’ or ‘advises or persuades, attempts to advise or persuade, or otherwise expresses opinion’ can be found guilty of a criminal offence.

Pro-life groups say this means that providing support or advice to a pregnant woman in need, peacefully protesting in the vicinity of an abortion clinic, expressing an opinion, or talking to someone about abortion within a buffer zone could cost you a hefty fine and months in prison.

The first buffer zone in the UK was established around a Marie Stopes clinic in 2018 by Ealing Council, West London. The Mattock Lane abortion clinic is surrounded by a ‘safe zone’ where it is unlawful to talk about abortion, offer counseling, protest or pray.

The pro-life volunteers are given a designated area, a small patch of grass about five minutes walk from the clinic, where they may take part in the activities listed above under strict conditions. One condition is that no more than four people may occupy the designated area.

Where does freedom of expression come in?

Article 10 of the UK Human Rights Act 1998 states: “Everyone has the right to freedom of expression. This right shall include freedom to hold opinions and to receive and impart information and ideas without interference by public authority and regardless of frontiers.”

So bang … two laws enacted by the same legislature are now in collision. Section 9 of Clause 11 of the Public Order Act is in direct conflict with Article 10 and Article 11 of the Human Rights Act. The ban on assembly and informing or advising someone about abortion, or expressing an opinion about abortion within the buffer zones, goes against the fundamental human rights outlined in the Human Rights Act.

This decision sets a dangerous precedent for taking basic human rights away from specific targeted groups. Freedom of expression is permitted to some but not to others.

The bill uniquely targets the right of expression and right to protest of pro-life groups and individuals. No other group in the UK is restricted by the law in this way.

Environmentalist and vegan protesters currently face no such restrictions on freedom of speech or assembly even though their tactics can be disruptive. The pro-life movement in the UK doesn’t vandalise or harass, they hold peaceful gatherings in public spaces outside abortion clinics.

Supporters therefore ask why they alone should be targeted for their beliefs and prohibited from peacefully protesting, counseling and praying in public spaces outside abortion clinics.

Another Conservative MP, Sir Edward Leigh, expressed his concern that the buffer zones were disproportionate in the restrictions they imposed on freedom of expression, and the lack of evidence for their need deems them unnecessary.

He said: “We’re talking about people who are just trying to raise awareness about support available … to women facing difficult pregnancies with nowhere else to turn to.” And he continued: “We are going to criminalise these grandmothers, but so many of the Just Stop Oil people walk free.”

What does this mean in practice?

Who will suffer under this new legislation? Will it be the pro-lifers or the women in difficult situations who pro-lifers say will not have access to support? But supporters of the change say these will now be protected from stressful engagement.

One pro-life activist said: “This new legislation will harm women who are coerced, pressured, and alone, women who are most vulnerable. Women who don’t want an abortion but feel that they cannot go through the pregnancy because of a lack of finances or support. This will remove the vital resources that are available to pregnant women in need.”

Isabel is one of the women helped by the London-based Good Counsel Network. She was in a tough financial situation, lost her home, and faced living on the street. She felt abandoned and alone and didn’t see how she could raise a child in her situation. She decided to schedule an abortion in a British Pregnancy Advisory Service clinic.

On her arrival, she was approached by a lady who offered her practical help. Isabel was provided with accommodation and support, including financial support, during her pregnancy and after the birth of her baby. Today Isabel has a joyful son and is grateful for the help she was able to receive.

She said: “I am happy I met someone at the clinic that day. All the abortion clinics do is terminate the pregnancy… No further help is offered.”

Under the new legislation, Isabel would not have received the help she needed to be able to raise her son. Her boy, now a thriving toddler, would be dead. Opponents of the law say there are hundreds of children alive today thanks to the support of pro-life volunteers outside abortion clinics.

In a society that claims to value women, I believe no woman should be pushed to abort her child because of a lack of support from her partner, coercion or a lack of money, or because the mother is denied the support she needs.

Legislation already exists to impede any possible duress or an undo effort to influence people which those in vigils know they have to obey. But denying women the opportunity to receive support at such a stressful moment is essentially an attack on them and not on pro-life campaigners.

Zuzana Revayova is a journalist, content creator and musician. She is happy to engage in discussions about politics, culture issues or current affairs but she equally enjoys a good chat about theology or philosophy. Zuzana has previously worked in youth ministry and evangelisation and is currently completing her MA studies in Broadcast Journalism.