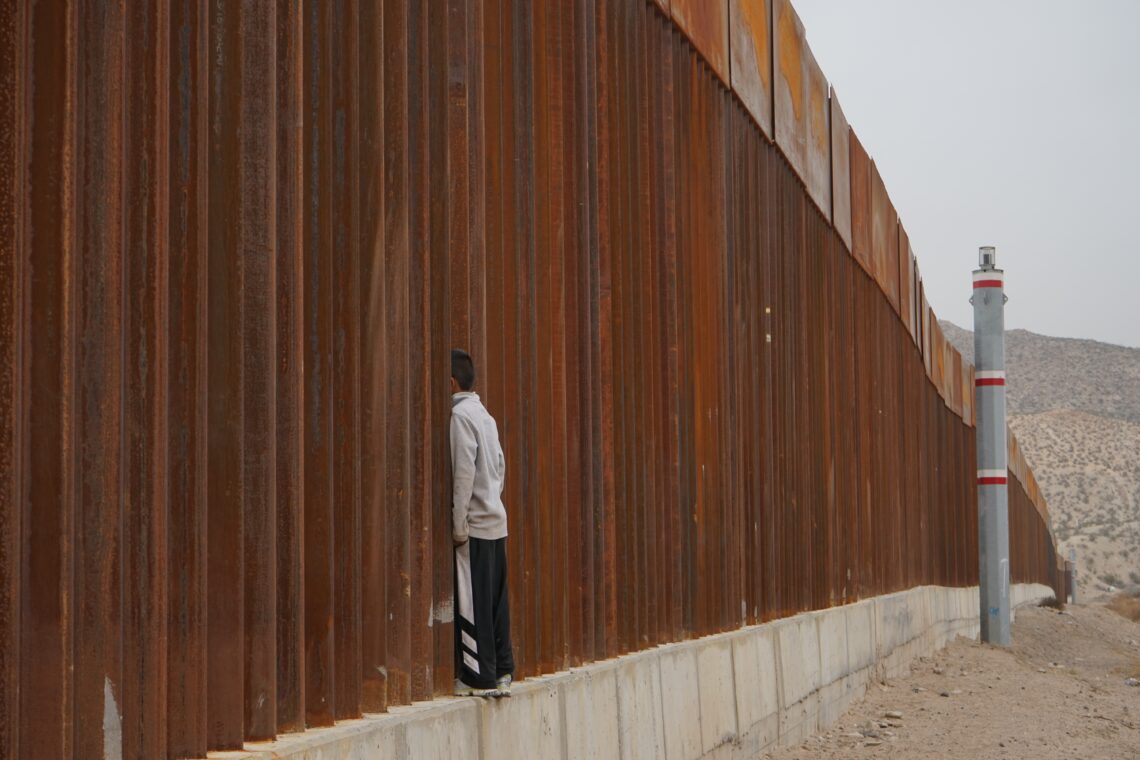 Samuel B Parker says that the dysfunctional US immigration policy has tragic and lethal consequences.

On June 28 this year, law enforcement agents and emergency responders in Texas announced they had recovered the bodies of dozens of people who had migrated across the southern border of the United States in the trailer of a semi-truck.

The truck driver had reportedly abandoned the vehicle on the side of a secluded highway after it broke down, leaving the migrants locked in the back for hours with no air conditioning in the sweltering heat of the South Texas summer.

In all, 46 people perished in the trailer, slowly suffocating or dehydrating to death.

An additional seven people died in hospital, bringing the death toll to 53: the single deadliest human trafficking incident in US history.

US officials lost no time in placing the blame squarely on anybody but themselves. “These deaths are on Biden,” Texas Governor Greg Abbot declared almost immediately, faulting the president for ‘refus[ing] to enforce the law’ by ‘secur[ing] the border’ and thus, supposedly, extending an implicit invitation to potential migrants and tacitly encouraging them to take extreme risks to cross the border.

Meanwhile, President Biden criticized the ‘smugglers [and] human traffickers who have no regard for the lives they endanger and exploit to make a profit’.

Department of Homeland Security Secretary Alejandro Mayorkas chose to emphasize the incredibly ‘dangerous’ nature of the journey from Mexico to the United States, hinting that the migrants themselves, who put their lives in the hands of ‘exploitative, criminal organizations’, were responsible for their own deaths.

Nobody, however, seemed interested in examining and discussing the underlying causes of this tragedy. Why must the border be secured against those who might attempt to illegally cross it? Why is there a shockingly lucrative industry dedicated to meeting the demand for such a service? And why is this journey so dangerous?

This event and the responses to it once again highlight the disastrous impact of decades of draconian immigration policies: policies that have been perpetuated by a bipartisan coalition of Democrats and Republicans alike.

The US immigration process is in dire need of reform.

There is no mechanism in the system that allows for immigrants to apply independently for permanent residency. Rather, immigrants must be sponsored by an employer or a family member already within the United States. Many immigrants can obtain no such support.

As of 2018, it took the US government over a year and a half, on average, to process each application for permanent residency after it was submitted. A full third of the people who petitioned for permanent residency were subjected to additional delays as they waited on the availability of green cards; this was due to antiquated quotas that restrict the number of green cards which can be granted to immigrants of any one nationality.

Mexican citizens are most affected by such quotas; as of 2018, the standard wait time for preference immigrants from Mexico with family members living in the US was more than eight years. Some are stranded for decades.

For those who are desperate to escape perilous and unstable circumstances or who are eager to be reunited with their loved ones, this is far too long a wait.

The result of these and other policies is that the US immigration rate ranks in the lowest third of the 50 countries with the largest gross domestic product per capita, and it is currently at historic lows. President Biden pledged to amend this, but a spate of deportations, a record number of apprehensions at the border, the expansion of the Remain in Mexico policy, and generally ambivalent executive inaction serve to discredit and contradict his lofty promises.

The US Congress, meanwhile, has the power to revise or even entirely restructure the country’s immigration system. But Democratic and Republican legislative majorities have both persistently neglected to do so.

Through both deliberate political inaction and legislative impotence, the US government has crafted an immigration system fraught with nearly insurmountable obstacles for members of underprivileged ethnic and socioeconomic demographics.

These inequitable barriers, in turn, have spawned a black market of human trafficking that targets and victimizes vulnerable populations by preying on the urgency of their plight. For many, there is simply no safe way to migrate, legally or otherwise. The consequences have proven deadly.

The United States is one of the wealthiest and most prosperous nations on the face of the earth, with boundless potential to serve and be served by immigrants of all backgrounds. And yet, in spite of the demonstrable social and economic benefits of immigration, it remains relatively inaccessible to millions of people all over the world. In Texas, we have learned once again that this is a matter of life and death.

This is a slightly edited version of an article that was originally published here on Rehumanize International. It is republished here with permission. For the original article, click here.

Rehumanize International is a nonprofit human rights organization dedicated to creating a culture of peace and life, and in so doing, we seek to bring an end to all aggressive violence against humans through education, discourse, and action.