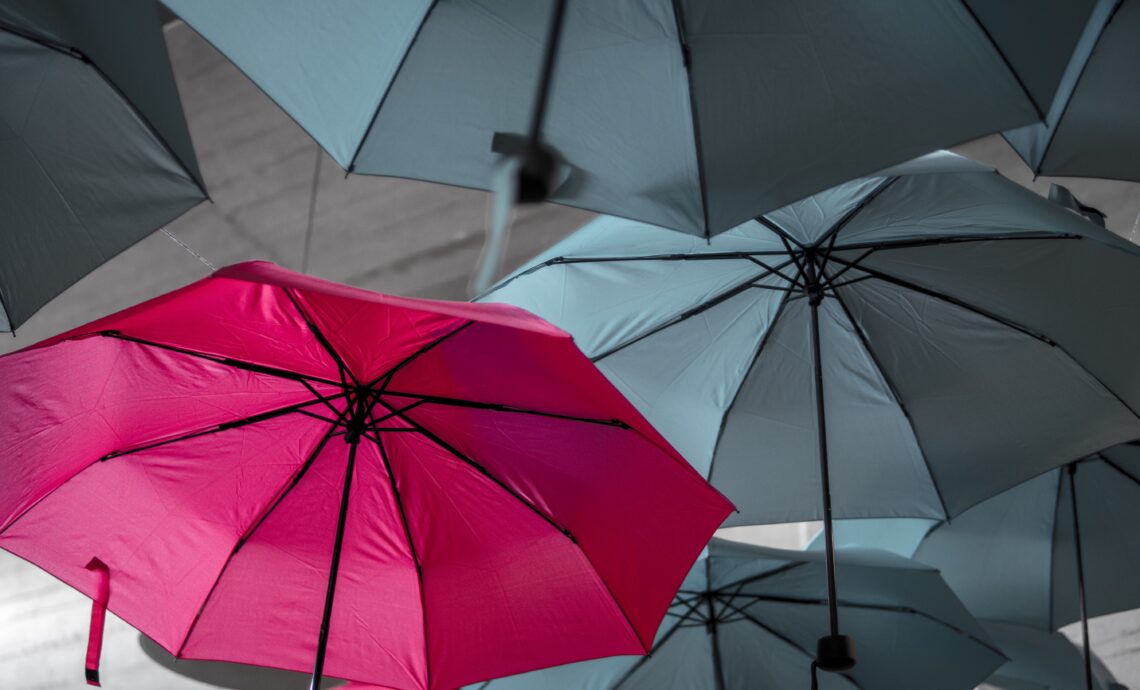 Monica Sharp on the awkwardness of not ‘belonging’.

I live in Italy, a country as obsessed with standing out as it is with fitting in… but fit in one must occasionally.

Fitting in is a relative concept, based on the feeling of being accepted or not accepted by a specific group or even a person. So the further one might proceed into any given social group, whether by birth or by choice, there will inevitably occur instances where specific people do not accept another person into their in-group.

Anyone can be an outsider at any given time if a specific group or person does not accept them: the usual signs of acceptance include welcoming them, speaking with them, listening to them, and offering patience and friendship. But the signs of rejection might on occasions be far subtler and less obvious.

Of course many people on this planet may feel like outsiders in any given number of social settings when, to others who feel even less welcomed or befriended, they may seem like members of an in-group.

This often happens in religious or educational settings. People who seem to be clearly on the inside and in the in-group (to newer arrivals) can, for different reasons, feel like excluded members who need only make one mis-step or for once speak their mind plainly to be summarily ejected from the community.

I often felt this way in the place where I grew up in the USA, and to which I returned as an adult. Common assumption (I sensed) held that I was content there in O*******a, back by choice, and that my presence and return represented, somehow, a tacit endorsement of the culture and popularly held opinions of my old back yard.

But I felt I always had to be careful, to watch what I said, not to enter into unnecessary disputes, or reveal myself to be in any way critical of a host culture which rarely felt like a home culture to me, and less and less so as the years went on.

When I was a child, my  home culture was represented by new homes, oil money, clean wide streets, bikes and roller skates, immaculate schools built on the crest of a Big Energy economy, new arrivals who moved in for the good jobs like my family did, and locals who had been there longer, happy to see some sort of Ship Come In.

But as a teenager and an adult, this veneer of wealth and contentment gave way to a deeper understanding of the social mores which drove the culture, and I was shocked.

I learned to keep quiet. The more I saw and the more I realised, the more I choked on all the things I could not say, and everything I wished I didn’t have to hear or see. This is no way to live…

I began to feel choked and clogged in many ways, and found my outlet in far-flung travel where I might put down my defences and struggle with some other culture’s sins and foibles in a language not my own.

But I would be hard-pressed to enumerate even a handful of situations in which I appeared to be an outsider in my culture of origin.

There were few people floating around in O******a who were obvious outsiders there, and those few  really, really stood out. I often found them and befriended them, believing their outer (and inner) experience to be a legitimate reflection of my deeply felt, publicly repressed inner experience. A dear friend also from that place commented to me a few years ago, “Monica, did you notice you were friends with all the gay people and other minorities in O******a?”

As a child and a teen my choices may not have been obvious to me, but I was always on the lookout for the wittiest, smartest company I could find, and no one in the in-groups had much humour or insight to offer me. Or if they made a joke or what they believed to be a humorous comment, it ran along the lines of corny ‘dad humour’ from a person who perhaps had never met with Insight or shaken hands with Irony.

And if a person somehow makes it into the ranks of a perceived in-group, the fact that there are others on the outside looking in – watching – can also be a very isolating experience. Indeed, the leadership cadre in O******a believed themselves to be public servants, sacrificing their own desires in order to lead the state toward what they saw as the Common Good, never mind the lack of meaningful debate or discourse.

In a very real way being a leader can be isolating. The one person in a job description in a large organisation, with specialised knowledge and a target sign hung around their neck, feels quite alone, both in what they know and in what they wish they did not know. (My heart goes out to Karine Jean-Pierre, the new White House press secretary, Exhibit A.)

A fellow lone wolf (total stranger, a flight attendant) spotted me by myself once in Houston airport, ages ago, sitting in a departure lounge, and sat with me (“Lone wolf too, huh?”). This sensitive and heartfelt conversation with a stranger was so poignant that I cried on the plane.

I believe that I met and married a fellow Lone Wolf, to a great extent, and now we have two lone wolf pups whom we are teaching the ways of this invisible Lone Wolf culture, with sensitivity, insight, flexibility, and humour.

All this to say, in the general relativity of belonging: no one feels like they completely belong anywhere. Even the person who presides or presided over a huge perceived in-group (Kim Jong-un, or Donald Trump, or in fact almost every head of state) feels like they don’t belong, unaccompanied there on their pinnacle.

Queen Victoria comes to mind. (I recently binged all six seasons of Victoria and learned a great deal about her and Albert’s psychology.) A president of a university. A dean. A CEO, or a chairperson. All these types know the loneliness of not belonging, being people who are sought out by everyone yet intimate with no none.

The antidote to feeling at loose ends, a lone wolf without a harbor, is to look around and notice who in this area feels like they do not fit in? And reach out to them with whatever welcome or friendship you can, because if you’re orbiting an in-group, to whatever extent, and you notice someone who is not in any sort of orbit, the action will in fact build a sense of belonging.

This is probably why I have worked in immigration and global mobility my entire professional career, and how I became terribly bored with any work that did not address these questions. Even in O******a, supporting undocumented immigrants was a way to use whatever in-group status I had to help someone who was clearly not belonging to the host culture.

Even in corporate America, using my privilege for a greater good to bring others in and to help them integrate brought me comfort.

(I am thinking of the seasonal not-for-profit immigration assistance pop-up I covertly ran in 2002 using the  copier on the ground floor, and the custodian from Colombia who used to bring me homemade lunch for listening to her teary complaints about what it was like  to go from being a high school chemistry teacher to a janitor.)

Feel like you don’t belong? Look around and see who belongs less, and talk to them. In my experience it seems to address many challenges with one simple action. I’ll try to remember this next time an Italian barista or commessa (shop assistant) makes a cutting remark in my direction.

I will also think about how they might feel they don’t belong in general in their daily lives. You probably belong more than you think, and almost everyone else often has this sensation of not belonging. It all depends on, I suppose, whether you are watching the people, or are the people watching you?