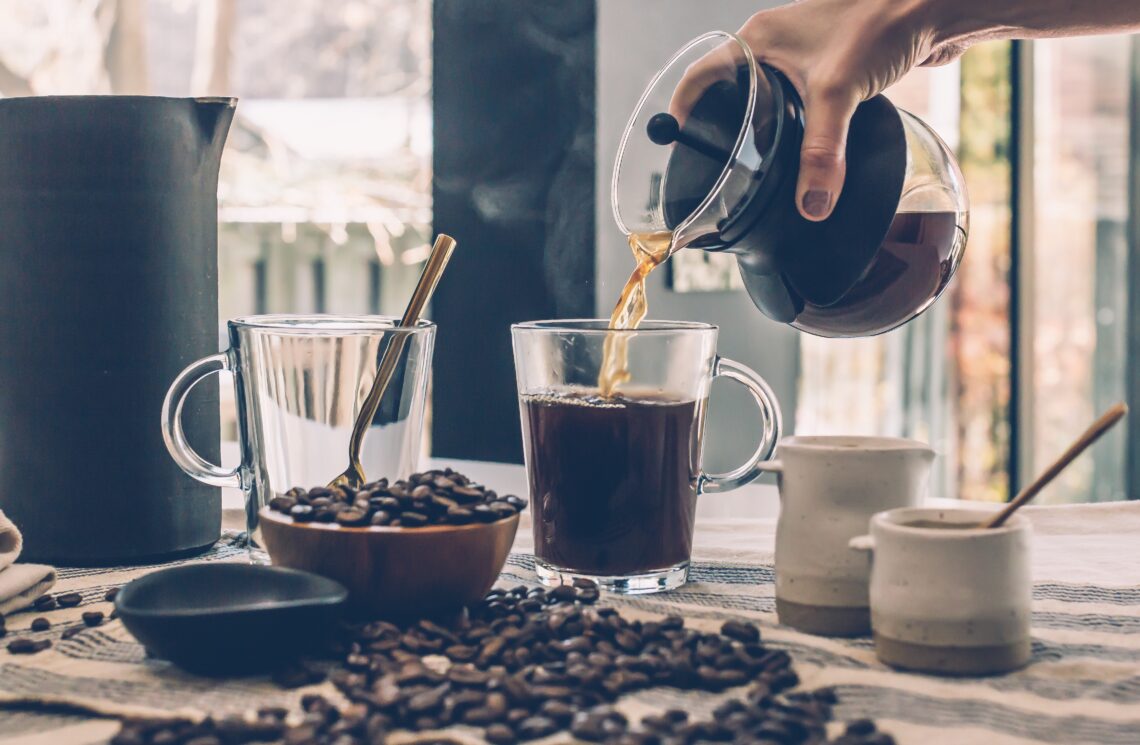 An exhibition in London about coffee culture in the Islamic world might make you look again at the cup in your hand, argues Hajra Rehman.

Think of coffee and you think of the West. An Italian latte or espresso might come to mind. Or the American Starbucks found also in most European high streets or airports.

Well, think again because coffee actually seems to come from Asia, Yemen to be exact, and it spread quickly throughout the Arabian Peninsula and into North Africa and the Levant. It became particularly popular in the Ottoman empire in the early 16th century, stimulating the Turks not only in their military endeavours but also in more leisurely exchanges in the numerous coffee houses which soon sprung up.

To capture something of the life, and even the art and culture, which this hot drink has managed to inspire, the British Museum in London is displaying an exhibition entitled “Life in a cup: coffee culture in the Islamic world”. The purpose of this exhibition, which runs to September, is to depict a rich, vibrant beverage culture that has lasted for centuries within the Islamic world.

Indeed, although today the highest coffee producing countries are such places as Brazil and Colombia – coffee has travelled far and crossed all cultural and religious divides – its roots in the Islamic world deserve to be better known. They tell us more about the richness and diversity of Islamic culture than a superficial western view might realise.

Though the first recorded coffee drinkers might well have been shepherds on some Ethiopian plateau, the earliest mass cultivation of coffee was in Yemen in the 15th century. The Yemenis named the hot beverage ‘qahwa’, which is where the word ‘coffee’ or ‘café’ derives from.

More specifically, a sect of Muslims named the Sufis used to drink coffee as a form of spiritual-friendly stimulant to enhance their prayer and worship. The major coffee port in Yemen which exported the coffee beans was called ‘Mocha’, hence the much loved mixture of cappuccino and chocolate which is now served under that name.

By the early 1500s coffee had spread from Yemen to Egypt and to Saudi Arabia. Coffee was travelling not just in the Eastern regions but even to the West, towards Turkey and the Ottoman Empire.

Specific houses which sold coffee were built to invite men to meet together and discuss their intellectual ideas, write poetry, argue the philosophies of the time and play games.

It became so widely popular that it became the official drink of the Ottoman Empire. These houses were surprisingly ‘democratic’ and were places where people of different social positions, ethnicities and religions could meet as equals over this caffeinated brew.

Around this time coffee was being noticed by the Western world; indeed, to drink coffee was to ‘turn Turk’. As it became synonymous with the Ottoman Empire it was initially denounced in Christendom as a Muslim drink and therfore not to be touched. However, around 1600 the Pope was reported as having drunk it. He even announced that coffee didn’t have to be under Muslim dominion, and so could be reinvented as a Christian drink.

What’s more, a particular group of Franciscan friars later gave their name to one of the most famous forms of coffee. Thus, the cappuccino is named after the Capuchins, one of the various spiritual families which owe their origin to the great Catholic mediaeval saint, Francis of Assisi.

When coffee inevitably arrived in England, it was both very popular and very controversial. The first coffeehouse in Europe opened in London in 1652. An entrepreneurial young Greek named Pasqua Rosee opened a ‘Turkish Ale-house’ near the equivalent of London’s Wall Street. By 1708, there were recorded to be approximately 3000 coffee houses in just London alone.

But coffee couldn’t totally escape suspicion. In 17th century England drinking coffee was labelled as a custom which could lead to sedition. King Charles II twice tried to shut down coffee houses.

One of his ministers complained that when people drank wine, the discussion regarding the state of affairs was favourable to the king, but coffee kept people sober and thereby led to greater criticism of the government!

Coffee was further popularised in the Western world when the East India Company made regular mass purchases in the early 17th century. Throughout this period coffee houses sprang up across Europe. By the end of the century they had become the places where revolutions were born – figures such as Robespierre were habitual customers. Major businesses likewise came to birth in them. The insurance company Lloyds London, for example, emerged from the Lloyds Coffee Shop in the 18th century. Coffee travelled further westwards when European settlers spread coffee through their colonies in Asia and South America.

Taking all of this into account, the historical narrative around the birth of coffee shops in London and Paris in 18th– and 19th-century Europe needs revising. These same European coffee houses are essentially the descendants of an earlier Islamic coffee house culture. To remedy this Euro-centric outlook, looking through a lens of decolonisation of history strongly requires us to wake up and smell the coffee – and a good way to start would be by appreciating more the Islamic roots of at least this everyday beverage.

Currently the exhibition at the British Museum in London offers an ideal opportunity to do this, with a collection ranging from coffee pots to paintings from centuries ago displayed for the public to view and learn. Undoubtedly these artefacts are physical objects which provide a wider insight into the human stories, traditions and nations that were created around them. It also provides an insight into the different methods for preparing and serving the coffee in the various regions, from ornate Turkish cup-holders to Bedouin coffee pots.

Life in a cup: coffee culture in the Islamic world is on display at the British Museum in London until the 18th September 2022. You can book your place for free here.