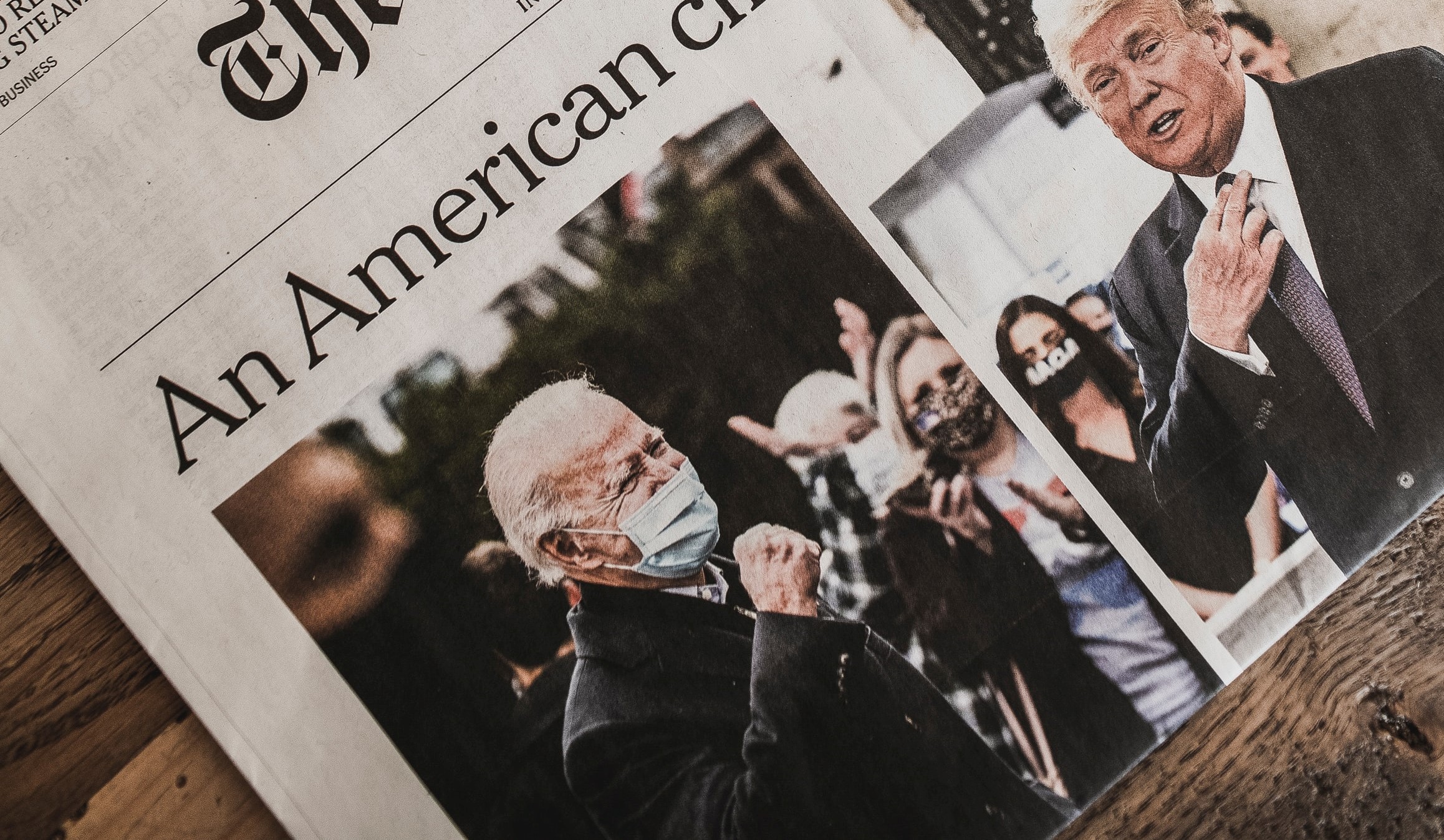 As President Biden prepares to take office, Hajra Rehman highlights the areas that need attention in the United States’ relationship with the world’s Muslims.

Undoubtedly Muslims across the world breathed a sigh of relief when Joe Biden was announced as the winner of the 2020 US Presidential Election, preventing Donald Trump from being re-elected. There are two reasons for this: what many commentators have defined as Trump’s anti-Muslim stance and his policy towards Muslim-majority countries.

However, given President-elect Joe Biden’s support for aggressive military policy within the Middle East, this relief might be deemed to be more anti-Trump than pro-Biden. Biden as Vice-President was part of the Obama administration which carried out drone strikes in countries such as Yemen, Pakistan and Somalia and which resulted in hundreds of civilian deaths.

But even this seems to pale in comparison with the anti-Muslim rhetoric and policies espoused by Trump, dating back from when he announced his run for the presidency in 2015 and which continued after he took office in 2017.

In the past few years, Muslims have watched as Trump declared multiple times that “I think Islam hates us” and called for a partial ban on Muslims entering the United States during his campaign in 2016. Subsequently, his administration passed a travel ban on certain Muslim-majority nations and has repeatedly cut the cap for refugee admissions at a time when many Middle Eastern refugees are seeking asylum in the US.

Moreover, Trump has further damaged US relations with Muslim countries. The biggest flare-up with a Muslim nation was with Iran, with the US administration pulling out of the 2015 Iran nuclear deal and the recent killing of General Soleimani. Joe Biden shows promise by pledging to revive the pact. However, Biden’s promise hinges on an important condition: Iran’s return to its former commitments. This, of course, could dim any hopes of the nuclear deal’s revival.

A wider problem which weakens America’s attempts to promote peace in the Middle East is that there are huge border divisions and conflicts within the region.

Most notably, the proxy war between Iran and Saudi Arabia, with both oil-rich nations vying to be the dominant power in the region.

The US has for decades favoured Saudi Arabia, as evidenced by the US-Saudi arms deal and its unequivocal support for the Saudis whenever there have been border flare-ups. It is no secret that the majority of Arab Gulf countries were anti-Obama mainly due to his attempts to renew ties with Iran. The Gulf countries welcomed Trump’s withdrawal from the nuclear deal with Iran and the imposition of new sanctions that have crippled the Iranian economy.

The problem is that the Gulf States and Saudi Arabia in particular are generally disliked, not only by Iran, but by most of the countries in the region who hold this alliance responsible for much of the turmoil in the troubled region. Therefore, through its pro-Saudi stance, the US is widely hated and seen as a highly negative influence, determined to stir up trouble in the Middle East.

If Biden doesn’t re-evaluate the US’s relationship with Saudi Arabia, anti-Americanism and anti-Western attitudes will become more entrenched, as they have during the Bush, Obama and Trump administrations. As a result, there is a fear that radicalisation within Muslim populations will continue to increase. It is simply not enough for the US uniquely to maintain good relations with one Muslim nation. Saudi Arabia is only one of 50 Muslim countries.

A number of Islamic nations are concerned too about what a Biden’s presidency could entail, with many fearing that it could simply be an extension of the Obama era, with the usage of drone strikes. Biden stated in his campaign that he plans to reassess US ties with Riyadh, and end US support for the war in Yemen. However, for most Muslims this is just an ambiguous statement aiming at winning votes and some fear that it might end up as no more than an empty promise.

The Muslim community which needs the most from Biden is the Palestinian people.

Trump has undoubtedly been the most pro-Israeli president the US has ever seen, looking the other way when the question of Palestinian self-determination arose.

Yet, regardless of what one might think of the Israel-Palestine situation, it is unquestionable that the Palestinian people live in a perpetual, poverty-stricken war zone. In fact, many young Muslims around the world use a politician’s stance on Palestine as the litmus test to determine how progressive they are.

Trump failed that test by embracing Israel’s right-wing nationalist government and bestowed on Prime Minister Netanyahu a string of diplomatic gifts, which included recognising Jerusalem as Israel’s capital and a plan that would allow Israel to annex substantial parts of the West Bank, including all of its settlements. The Palestinians, who have been side-lined and humiliated by Trump, were inevitably praying for Biden.

Yet both Biden and Harris have stated during their campaign that Israel will have their unequivocal support. What makes this statement worrisome is the lack of reference to the Palestinians – after all, they have been constantly embroiled in a war since 1947 and live side by side with the Israelis, with one people living in widespread prosperity and the other in widespread poverty.

Elsewhere in the world too, tensions exist where Muslim minorities face persecution. Trump fostered a close relationship with the Hindu nationalist government of Modi’s India yet remained silent on the fate of the Indian Muslims who have been under lockdown in Jammu and Kashmir since August 2019.

Similarly, Trump, who has been outspoken in his critique of China, failed to condemn the detention of Uiyghur Muslims in concentration camps. Biden has condemned both of these actions, though it remains to be seen whether these words will translate into diplomatic pressure, given the immense economic power that both Indian and China exert.

Whether Biden will deliver on his promises to reach out to the Muslim world and work towards establishing a respectful, progressive relationship with it remains to be seen. He has clearly inherited a diplomatic mess from Trump, particularly in the context of the Middle East, with Muslims all over the world feeling hurt, stigmatised and marginalised by the outgoing President’s domestic and foreign policy actions.

Biden quoted the Prophet Muhammed in one of his campaign videos and vowed to ensure that Muslims will be given the chance to live in an equitable society under his presidency. For now he has won the Muslim vote. Only time will tell if he will win Muslim hearts and minds too.