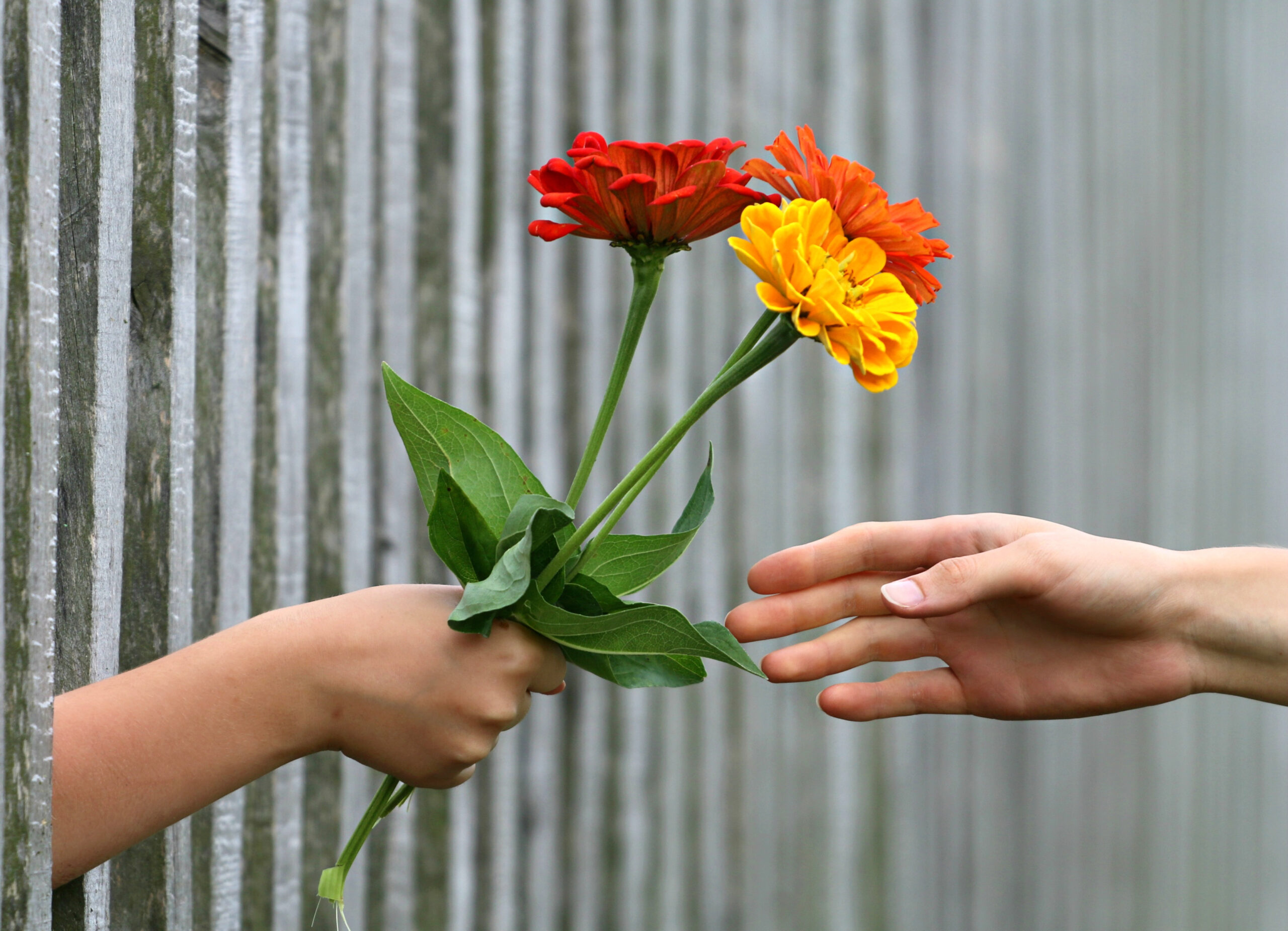 Adam Brocklehurst examines the life-changing potential of small acts of charity and solidarity.

Heroism tends not to sit too comfortably with ‘likes’ on social media or gushing headlines on news portals.

Indeed it is more authentically expressed in acts of human kindness and solidarity when there is no-one around to notice … That’s the case of great saints and reformers but it’s also the case with my friend Philippa. She would not use the word ‘heroism’ to describe her approach to life. She might just be persuaded to regard it as ‘altruism’. The terms are often interchangeable …

Philippa has fostered a personal philosophy based around altruism which permeates her entire life. After leaving university she pursued a job in the charitable sector, not because she thought she was going to become rich – she won’t be – but because she has a genuine love of people. It amazes me that this hardworking woman finds the time to dedicate so much of herself to the needs of others, while having to source her own funding, and supervise her team and volunteers.

It’s not unusual for me to find myself waiting for Philippa outside a hospital as she pops in to take supplies to an elderly person without family, or to be kicking my heels – not, admittedly, always patiently – in a restaurant as some emergency involving one of her clients interrupts our plans.

Much of the time she dedicates to this work is her own and it’s hard, time consuming and takes its toll, yet she works cheerfully and I have never once heard her complain.

Altruism can on occasions take more dramatic forms. The example of the Catholic priest Maximillian Kolbe, who instinctively gave his life to save a fellow prisoner at Auschwitz, is particularly powerful. His act of heroism in a place that was perhaps the closest hell has ever come to nesting on earth shows that altruism can be lived out even when everything seems to speak against it. It does not require favourable circumstances.

Then there’s the example of Nobel Laureate Malala Yousafzai, the child victim of an assassination attempt after she spoke out against the Taliban-led destruction of girls’ schools in the Swat region of Pakistan. She survived and refused to be silenced. Altruism involves the courage to lay your life on the line to win better opportunities for others.

And what could we say of Bill Gates, who according to newspaper reports, has given more than 45.5 billion dollars to charitable causes across the globe, and has pledged billions to find a vaccine against Covid-19? It’s easy to give away money if one has so much, cynics might argue. But however one judges this – and only those fully informed can really do so – the simple fact that Gates has done this shows the power that altruism exercises on human nature.

We would like to think that given the right circumstances we would act in the same way; few would argue that these were not the right actions to take. And when we act accordingly, perhaps donating money, or volunteering, it gives us the warm feeling of doing something good for someone else.

And wrapped up in this feeling of shared goodwill it’s easy to believe you’re on the road to sainthood and people will soon be singing your praises from the rooftops. But leading an altruistic life can be a rocky and narrow path which earns you more brickbats than medals.

Such is the case of Sister Monica Astorga Cremona, a Discalced Carmelite nun ministering in the capital of the Neuquén region of Argentina. She is notable because she has chosen to perform her work amongst some of the most marginalised people in Argentina.

Following the conventional altruistic method, which is already an integral part of the ethos of her order whose members are called to combine a life of prayerful contemplation with identifying and responding to areas of need within the wider communities they live in, in 2006 Sister Monica decided to embark on a mission to save lives.

The trans women of Neuquén live under the real threat of violence, some have even been murdered, often as the authorities look the other way. Many are forced by their marginalisation and poverty to seek employment in prostitution. Drug addiction and homelessness are major issues.

Sister Monica’s response was to establish a small residential community (just 15 studio apartments) where these women can live out their lives in safety, which opened last month. Once properly housed they are able to seek rehabilitation for their substance misuse and receive the training they need to find long term conventional employment. Sister Monica has been publicly praised for her work by no less than Pope Francis, who has written to her personally to thank her and to tell her he will “pray for you and your girls”.

In a more just world Sister Monica’s ministry would be seen by all in the same light as the heroic altruism of Kolbe and Yousafzai. After all, from a Christian perspective, she seems to be putting into practice what is taught in the gospels in an entirely Christ-like manner, seeking out groups on the periphery of her society and healing them in a very literal way.

Yet some clearly think it inappropriate that a nun, both a religious person and a woman, should work in this context with sex workers and drug addicts. They consider that her energy would be better spent on more ‘deserving groups’, such as orphans or the sick.

The idea that there are groups more deserving than others of our support is nothing new: the Victorians, for example, distinguished between the deserving and the undeserving poor. But it runs completely contrary to the reality of mercy, which gives precisely to those whose need is greatest.

For some, the positive work Sister Monica is undertaking seems to be negated by pre-conceptions regarding those who are transgender.

But Pope Francis himself compared the trans women’s social ostracization to the ritual and social exclusion encountered by lepers at the time of Jesus, who did not fear to touch them in order to heal them, at a time when the accepted norm required keeping a distance. But again, this is the reality of mercy: to reach and help people in their need, however they might have got there.

What Sister Monica’s ministry evidences is that our desire to help others can often be thwarted or countered by a fear of how we will be judged. And it begs the question,

how often is our altruism dependent on appearances, on how we believe others will perceive us in light of our actions?

That’s why Sister Monica is to be viewed – in my opinion –  in the same light as Kolbe and Yousafzai, and that’s why the Pontiff was right to single her work out for praise.

Altruism is perhaps at its most powerful when it is acting against the prevailing climate.

A hostile environment can be a crucible that generates greater heroism. Generations of women’s lives will have been materially improved by the terrible events that surrounded the assassination attempt of Malala Yousafza. It started a conversation that echoed around the Islamic world, and it will have an impact for decades to come.

Without hardship, oppression, unrest and censure, there would be no Anne Frank and her remarkable and hopeful diary, and no Rosa Parks peacefully campaigning against the perversities of segregation on an Alabama bus.

In a period of violent protest and vicious sloganising, it’s worth reflecting that it’s often the quiet, apparently hidden act of charity, altruistic and in its own way heroic, which really changes the world.