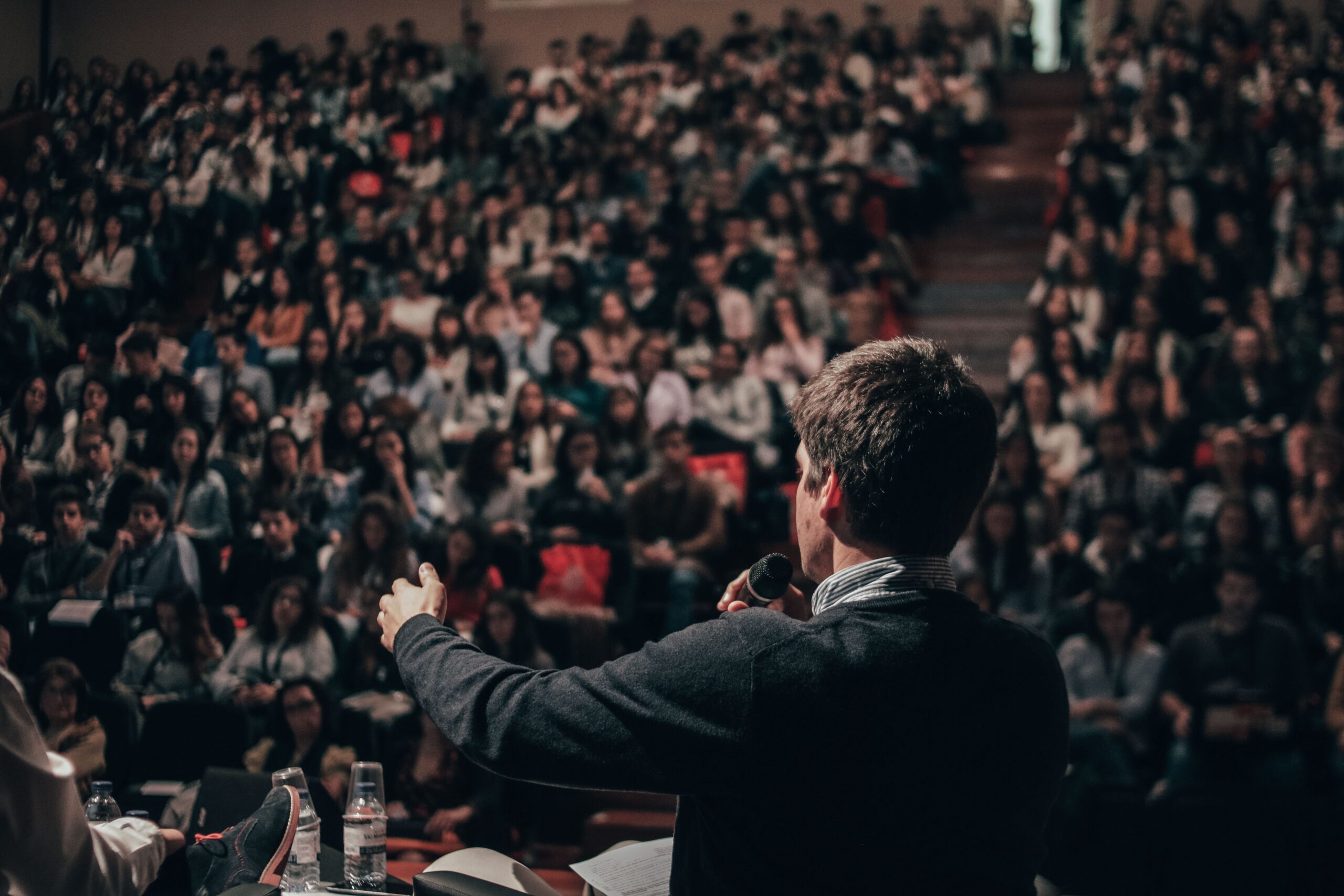 The hijacking of faith by populism is a growing phenomenon around the globe. In this article  Nora Fisher-Onar and Ahmet Erdi Öztürk detail the growing influence of ethno-religious nationalist sentiment as a response to the fading promises of 20th century liberalism.

Among the many dramatic images to emerge in the aftermath of the murder of George Floyd by Minneapolis police officers was that of President Trump brandishing a bible, after having protestors tear-gassed in order to sweep the stage for a photo-op in front of St. John’s Church near the White House.

The choreographed performance sought to link Trump’s own authority with religious values. At the same time, it championed a law and order agenda that African Americans have long associated with unjust criminalisation and systemic inequality.

Episcopal clergy linked to the church, some of whom were among the protestors, expressed incredulous dismay at the turning of “holy ground into a battleground” at “an excruciating moment…when we needed healing and reconciliation….” For the like-minded among practising and non-practising people of many (and no) faiths, Trump’s theatrics were cynical.

The apparent goal: to legitimize the president’s hard-line stance and generate support for his electoral prospects. Why, many asked, would anyone buy into this charade – investing a patently disenchanted and ethically troubled figure with religious legitimacy?

The answer, we argue, lies in recognizing that religion is a transitive and multifunctional force the normative resources of which can be channelled towards conservative and progressive, traditionalist and transformative, self-aggrandising and self-critical ends. Thus, it is possible to reconcile the instrumentalization of religion with its power – a phenomenon we are increasingly witnessing in the context of right-wing populism.

This claim is becoming increasingly intuitive for observers of countries with right-wing populist leaders, from Bolsonaro’s Brazil to Modi’s India, where there is a pattern of invoking religion to bolster politicians’ incumbency at the expense of minorities.

Trump’s move was remarkably resonant, for example, with Turkey’s President Recep Tayyip Erdoğan’s bid to capture conservative Kurdish votes in 2015 when, in a visit to a predominantly Kurdish province, he waved a Kurdish version of the Quran printed by the Turkish Presidency’s Directorate of Religious Affairs.

This symbolic attempt to co-opt ethno-nationalist energies via religious symbolism was at once inclusive (positioning religious Kurds at the heart of the body politic) and exclusionary (for secular Kurds and Turks alike).

Erdoğan’s willingness to leverage religious symbolism – replete with neo-Ottoman pageantry – was affirmed by the recent decision to convert Hagia Sophia into a mosque in a bid to galvanize his base which, like Turkey as a whole, has been battered by the economic impact of the COVID-19 pandemic.

Within the EU, Hungarian President Victor Orban, an atheist in his youth, has sought to consolidate authoritarian rule through anti-refugee populism framed as the rescue of a Christian nation from ‘Muslim invasion’.

The line is echoed by Poland’s leadership – which recently secured re-election on a platform of ‘sacred tradition’ – and politicians in Italy and Austria who gesture more or less explicitly to Catholic symbols in bids to foster anti-Muslim Christian tribalism.

Even in states with strong secularist traditions like France and the Netherlands, right-wing populists like Marine Le Pen and Geert Wilders resort to language that presents ‘Judeo-Christianity’ (a term coined in the 1820s which gained traction after World War II) as a pillar of the European enlightenment and civilisation.

This phenomenon is often read by secular liberals as regressive, a direct function of religion itself as an intrinsically anti-modern and anti-pluralist phenomenon. Such readings emanate from the methodological secularism which dominated academic and governing circles for much of the 20th century.

The paradigm, in turn, is a legacy of the anti-clerical Enlightenment which was foundational to many pathways to modernity in the West. The frame found succinct expression in the ‘secularization thesis’: the view that organized religions are in terminal decline in advanced industrialized societies. Yet, even as church attendance attenuates in the United States and Europe, the role which religion plays in politics bears scrutiny.

Religious frameworks for engaging the world have not disappeared, even in the West, but rather have adapted to the times. There are as many ‘churches’ as there are communities, and their members’ solidarity and activism patently shape public life.

For example, in arenas like education, faith-based organizations supply private and public-school systems around the world. When it comes to humanitarian endeavours, religious actors are also influential.

Between 2013 and 2017, the four largest, privately-supported international development organizations were all faith-based, and accounted for over 20% of total donations to worldwide humanitarian efforts.

Interfaith alliances have informed national and global responses to major political concerns from the fallout of 9/11 to current debates over migration and multiculturalism in the United States and Europe. A case in point is the Theology of Resistance project which has organized grassroots, multi-faith, and multi-racial support for Black Lives Matter since 2014.

When situated in a global perspective, the secularization thesis skates on even thinner ice. Since the late 1970s, religious movements have enacted revolutions and transformations in many Middle Eastern states and societies.

Shi’a Iran’s 1979 revolution – and attempts to export it – were a major turning point, but transnational Sunni mobilization has been as impactful in its civic/cultural, politicised, and radical variants.

Religion likewise has shaped nation-state building in the post-Cold War Balkans where religious tolerance has in some instances been foundational (e.g. Albania), but where, more often than not, inter-communal tensions have been institutionalized (e.g. Bosnia-Herzegovina).

By the 2000s, religion had become a discursive field within which international terrorist organisations strove to legitimise their agendas.

That said, terrorists’ goals are often more banal than their existential rhetoric suggests, as seen in ISIS’s attempt to found an oil-rich sovereign state. If militant Islamism is widely perceived as the paradigmatic expression of this millenarian turn in religiously identified radical movements, examples exist across all religious traditions from the Buddhist Aum Shinrikyo cult which perpetrated Tokyo’s sarin gas attacks, to the 2019 attack on Christchurch mosques whose perpetrator was enamoured with symbols of the Holy Roman Empire.

in the third decade of the 21st century, we are confronted with an emerging new paradigm in the evolution of religion’s mobilising power: its invocation by ethno-religious nationalists.

The reasons for this development are manifold. They include the diminishing purchase of the 20th century’s meta-narrative of secular, liberal progress which – with the ascendance of neoliberalism – rings increasingly hollow to working classes across the global North and South alike (and to increasingly precarious middle classes).

Other deep drivers of religion’s resonance for populist platforms are the cultural anxieties piqued by globalization. At the same time, the rise of non-Western powers in an increasingly multipolar order brings geocultural anxieties.

Yet another source of religion’s traction are the uncertainties of a new information environment that relativises facts and delegitimises science while amplifying the voices of populist prophets of economic and cultural renewal.

For these consummate political performers, religious referents help to infuse the promise to restore eclipsed golden days with a sort of metaphysical traction.

The domestic resonance of religious referents, in turn, can bolster foreign policy (and vice versa). Consider the Middle East, where religion remains a central determinant in politics and society, and where states confront persistent challenges to economic and democratic consolidation.

Thus, whilst governments are hard-pressed to address citizens’ material and political aspirations, or to pursue projects like democracy promotion abroad, they have for some time been engaged in a struggle over Islam that stretches from Cuba to Australia.

In this context, Iran, Turkey, Egypt and Saudi Arabia have entered into a competition for international influence. By articulating globally that they are the true representatives of Islam and have been so throughout history, they also seek to leverage claims to global Islamic leadership in domestic politics where legitimacy is often lacking.

This channelling of religion’s power to claims of civilizational leadership – and the domestic resonance of such moves – is not limited to the Muslim world.

President Trump woos (mostly white) Protestant Evangelicals by stressing the role of Christianity as a core element of the American body politic. At the same time, he channels the rhetoric internationally, seeking to position himself as the champion of a civilizationally Christian West under siege from “forces, whether they come from inside or out, from the South or the East, that threaten over time to undermine these values and to erase the bonds of culture, faith and tradition that make us who we are.”

If the frame is instrumental, it nevertheless has global implications as developments in the United States, a place the world watches intently, have long inspired patterns in Europe and beyond.

While religion-wielding populist leaders are not presently in power in most of Europe, it is plausible that they will seize upon the economic devastation wreaked by COVID-19 to propound ethno-religious politics claiming continuity with an imagined past of religiously defined, civilizational purity.

Such a move would pose an answer to the Olivier Roy question in his 2019 book, Is Europe Christian? That is, it could precipitate the reimagination of Europe – an identity in exclusionary ethno-religious terms by persons bearing a religious identity – an outcome which would be achieved through polarising tactics, in opposition to both social de-Christianisation and Christian Democracy.

What is certain is that attempts to harness the power of religious referents to populist nationalism and transnational alliances will not conveniently disappear because they are objectionable to liberal sensibilities, secular and pious alike.

We can begin to confront their toxic implications by recognizing that the problem is not religion per se, but its post-modern appropriation in an age of anxiety.

This article first appeared in the London School of Economics  Religion and Global Society blog.  The views expressed are those of the authors and not the academic institution.