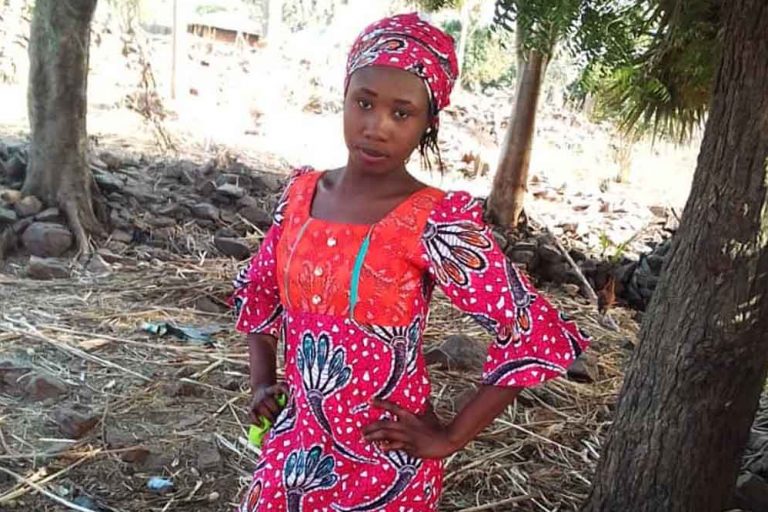 John Pontifex says it’s time to break the silence about Christians being killed for their faith in the contemporary world.

The story of the persecuted Church can be expressed in the story of one man. I met him recently and have been in touch with him for several months since an event that changed his life. This man is Bishop Jude Arogundade from the diocese of Ondo in Nigeria.

More than 40 Christians were killed in his diocese in June this year when extremists opened fire on Pentecost Sunday during a packed Mass at St Francis Xavier Church, Owo. The incident led him to start an international campaign for greater awareness of the dire situation facing Nigeria’s Christians.

Reflecting on the scale of violence raging in parts of his country, Bishop Jude told me: “I say a genocide is taking place. There is a concerted effort to drive Christians out of their lands by various means, including the kidnapping and killing of lay people and priests, stealing land belonging to Christians and attacking churches during services.”

The attack was one of the worst to befall a Christian community in Nigeria and was all the more shocking given that it took place in southern Nigeria, well away from conflict hotspots in the Middle Belt and Borno state in north-east Nigeria.

The wounds felt by northern Nigerian Christians are often deep, especially by the families of those brutally murdered or injured in unprovoked attacks by radical groups such as Islamic State West Africa Province (ISWAP) and Boko Haram. Far from being ‘necessary’ and spontaneous land grabs, such attacks are frequently premeditated, often targeting priests, pastors, church attendees and church infrastructure.

Fr Andrew Abayomi, who was presiding over the very Mass that became the site of the Pentecost Day massacre, told me the attackers were ‘organised’. This gives the lie to claims made by numerous politicians, academics and charities that these repeated attacks are somehow spontaneous responses to climate change or financial need.

“Some of the attackers disguised themselves as parishioners and worshipped with us during Mass, knowing the whole time they intended to kill us … It was a well-planned attack that lasted about 20-25 minutes …The world has turned away from Nigeria. A genocide is taking place, but no one cares,” he lamented.

Almost 8,000 Christians in Nigeria have been killed within 18 months through acts of terrorism and other violence, research suggests, amid growing concern about the country’s security situation.

Since the Owo attack, Bishop Jude has pledged to ‘spend his life seeking justice’ for the victims of terror in Nigeria.

To wake up the Western world, he has publicly backed a petition organised by Catholic charity Aid to the Church in Need (ACN) UK, calling on the UK Government to demand the Nigerian authorities do more to bring to justice the perpetrators of violence.

“The petition will … send out a clear signal to those planning more attacks that the world is now watching and those responsible cannot get away with it in future,” Bishop Jude said. One of his greatest sorrows is the general apathy and indifference of much of the world to the brutal treatment of Christians in his homeland from political authorities and the public.

Not all of us are called to work full-time in witnessing to the fact of Christian persecution, and few of us have time to volunteer for the cause. But at the very least, we can break the silence in our conversation with others, many of whom will be able to help, and to learn about the plight of the unheard: men, women and children such as Bishop Jude and Leah Sharibu [pictured in the featured image: © Aid to the Church in Need], who has spent her formative years in Islamist captivity and is still held because she refused to renounce her faith. Worldwide, there are millions of Christians like them waiting to be heard, each with their own personal story.

It is an honour to provide Bishop Jude a platform this #RedWednesday, 23rd November 2022, in order to share both his sorrows and dreams for a Nigeria where peace and justice reign. ACN’s latest report, Persecuted and Forgotten? A Report on Christians oppressed for their Faith 2020-22, celebrates the example of thousands of Christians around the world – from Africa to the Middle East to Asia – who suffer for their faith in God, and who need our help.

To ignore the cries of men like Bishop Jude is to downplay the significance of the crisis.

To choose the comfortable option of silence is to commit a form of violence to those who suffer.

Some protest there is nothing they can do. Although we may not be able to stop it, we can all do the best we can to stop it. By analogy, the slave trade could not be ended by one person, but each person could stop owning slaves and discourage the practice in their own sphere. The question for each of us is: what can I do within my sphere to give a voice to the voiceless? What can I do to learn more about the crisis, and who can I wake up to it?

There’s no such thing as bad publicity, so it’s said. This is especially true for the persecuted Christians around the world who have no voice, and whose suffering increases by the day. In the Church ‘where one member suffers, all members suffer; if one member is honoured, all rejoice’ (1 Corinthians 12:26). In other words, we are their voice in an indifferent world, and it is through our prayer and witness that we are all healed.

John Pontifex is Head of Press and Information at Aid to the Church in Need (UK).