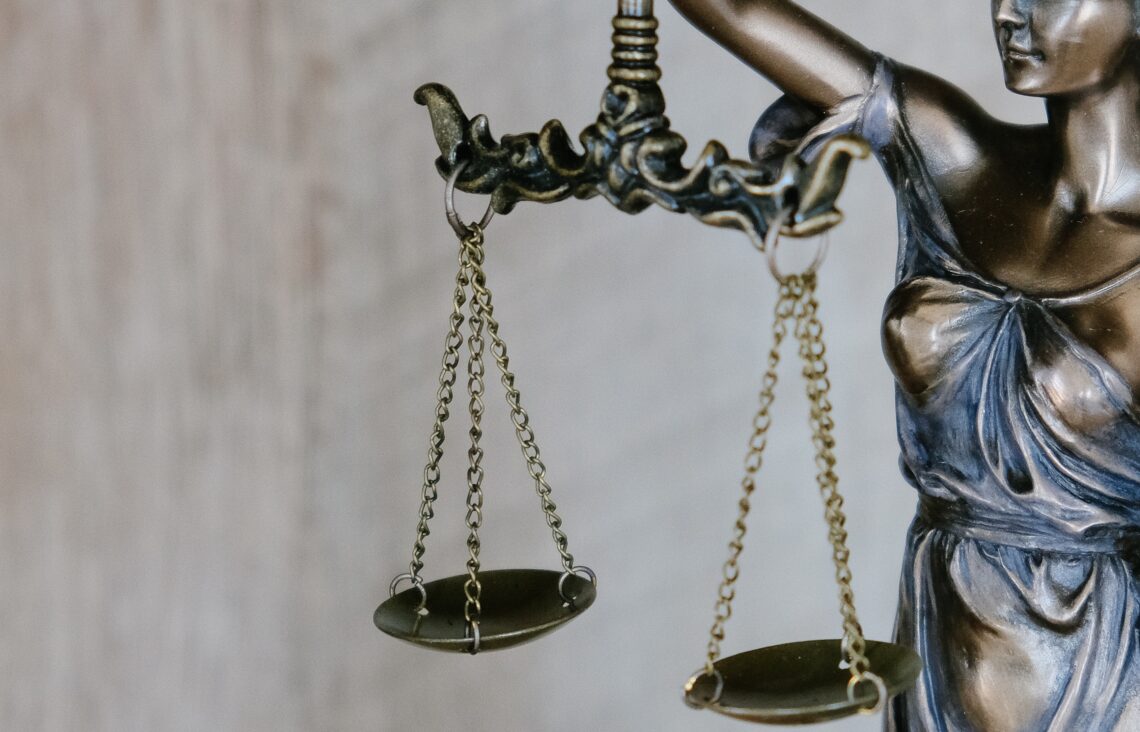 Katelyn Hannel says pro-life and pro-choice campaigners should stop misrepresenting each other.

On a cold day this past January, I found myself in Washington, DC, standing on Constitution Avenue, one of the main streets alongside the US National Mall. It’s a street I’ve walked countless times before as a now-longtime resident of the area.

That day, I stood in a crowd of others who had come from around the country to the nation’s capital. Near me was a family I knew from my local community, with several children, including a toddler not yet two years old – a happy and energetic little girl whom I’ve often seen run around smiling and giggling.

As she sat on her father’s shoulders, she held in her small hands a large sign, which entertained her just as much as any real toy. She bounced up and down, playing with the sign, a perfect encapsulation of childlike wonder – laughing, joyful, and all the while unaware of the significance of the words she held in her hands:

“I am the post-Roe generation”, it proclaimed.

Fast-forward a few months, and news broke with a leaked document indicating that the United States Supreme Court was preparing to overturn Roe v Wade, the 1973 court case which had ruled that the Constitution protected the right to abortion.

Fast-forward again, to a Friday morning in June, when out of the blue, I opened a text message containing a news headline that would spread across the nation and beyond: Roe v Wade had indeed been overturned.

I got the message just as I was getting ready to grab my suitcase and head out of town for the weekend; the irony wasn’t lost on me that I was hearing the news as I was on my way out of Washington. While I normally love being right in the heart of things, something in my instincts told me it felt healthy to have some space away in the immediate aftermath of the ruling. Another instinct told me to take some time away from social media – and, given that I was already much in need of a detox, I obeyed.

Away for the weekend in another city, I happened upon a local protest about the court decision and ended up stopping to watch. I stood and observed from across the street for the better part of an hour, just taking in what others were saying and feeling.

One of the slogans that struck me and remained with me – held up on signs and chanted from megaphones – was one that said, “Pro-Life is a Lie”.

I sat with those words for several days, turning them over in my mind.

I couldn’t stop thinking that so much of the current divisions seem rooted, at the core, in issues of mistrust.

My processing of these words has been largely intertwined with my own journey with the term ‘pro-life’.

As one with sincerely held pro-life convictions, I’ve also had a complicated relationship with what one would call the ‘pro-life movement’, including the US March for Life. Years ago, as a first-year university student in Washington, DC, I jumped at the chance to attend the march; yet after that, I didn’t end up back there for another 10 years, until this past January.

Sometimes it was schedule conflicts or concerns about the cold; but underneath, I felt a growing desire to distance myself from the mainstream ‘pro-life movement’ – feeling, partly from my own perceptions but also influenced by others’ opinions, that it was just a shouting match which was pushing people away, and therefore detrimental to the actual cause.

When the Trump administration came onto the pro-life scene, I wanted even more to remain at arm’s length. It became important to me to call out inconsistency or hypocrisy – that if one is to be pro-life, then one must honor all life, and work to support women, families, and those in poverty to live stable and healthy lives.

I still stand by the consistent life ethic, and still believe more work must be done to help those in need, in or out of the womb – work that will always be necessary in an imperfect society.

But over time, as I’ve been finding my way back, I’ve been seeing just how much is being done by pro-life organizations, and how much real love there is. And when I felt drawn to finally go back to the march this year, I found that I didn’t observe haughtiness and judgment, or even strictly conservatism – I observed peaceful, joyful witnesses who care about women and children, and truly want to build bridges.

So where does the mistrust come in?

It’s important to acknowledge the bad examples: I imagine there are women who have had very negative experiences from those speaking for ‘life’. These experiences cause real wounds. No one does this work perfectly: there will be bad eggs who spoil things for others and it’s hard to recover from that.

But as I’ve explored further, I’ve come to another important realization: the mistrust of pro-life work is also being fueled by (for want of a less-generalized term) mainstream pro-choice rhetoric.

I have always believed, and still believe, that most people who identify as pro-choice do so out of a genuine desire for the good of women. Unfortunately, I also believe there is a significant amount of bias and misinformation from major abortion rights groups.

These groups have statements on their website that discredit pro-life organizations, specifically pregnancy resource centers (PRCs), calling them ‘fake clinics’ and warning women to stay away – painting these centers as shady, manipulative, and unethical.

If that’s the case, then of course who would want to go there? A woman in an unplanned pregnancy – in whose shoes I’ve never walked – is already in a vulnerable position and likely very scared. I don’t blame her for having her guard up and feeling like anything ‘pro-life’ is just a ‘gotcha’ and a trap.

But if we care about helping women, it’s worth asking whether pro-abortion organizations provide a full picture themselves.

Bias and propaganda can occur on all sides; and the process of checking bias has to extend in all directions.

I see a concerning double standard: on the one hand, the prevailing rhetoric criticizes ‘pro-lifers’ for not providing enough material support, yet at the same time, actively tells women to stay away from pro-life groups. Dissuading women from going to these centers might actually be preventing women from receiving the assistance which would otherwise be available to them.

On a broader level, it also makes me wonder what would be possible if the amount of money being poured into abortion services were put toward childrearing expenses instead. With businesses rushing to cover women’s travel expenses to obtain abortions, many have raised the point that it’s cheaper for these companies to fund abortions than fund maternity leave.

Others have long suggested that when abortion is the norm, there is actually less societal incentive to provide better solutions. While there are strong assumptions that ‘pro-life just means pro-birth’, many pro-life groups are actually trying to advocate for better social safety nets.

One more consideration is that abortion clinics don’t always provide women a complete picture of the life inside them – even if this knowledge might help them make the choice that’s best for them.

I was struck by a recent Washington Post article telling the story of a teen in Texas. It’s not a pro-life article (if anything, I felt that the language was somewhat slanted against the pro-life center she visited), but I think her story spoke for itself: visiting this center changed her outcome for the better. Despite originally wanting an abortion, seeing the ultrasound of the (twin) babies inside her, and knowing they had a heartbeat, was the very thing that moved her to keep them.

“Brooke considered all that she’d lost: long nights at the skate park, trips to the mall, dropping $30 on a crab dinner just because she felt like it …. She told herself that alternate life didn’t matter anymore. She had two babies she loved more than anything else in the world.”

One could respond that at the end of the day, it’s still the woman’s choice (though this raises deeper philosophical questions about rights and autonomy). But I do believe that having clarity about the support and care which is available is an important step in re-establishing trust, a two-way street.

So to anyone feeling that “Pro-Life is a Lie”, I say two things …  I’m genuinely sorry if you’ve been wronged in the past; and is it possible that there’s more to the story?

Katelyn Hannel writes from just outside of Washington, DC, in Arlington, Virginia. She is a middle school choral teacher in a diverse public school system, a professional church musician at the Cathedral of St. Matthew the Apostle, and a parish catechist for young adolescents. She values having a foot in both the sacred and secular worlds, as it has given her opportunities both to deepen her own faith and to build wider circles with others. She is passionate about connecting faith to lived experience, and helping her students find their paths to become self-confident, happy, and fulfilled.