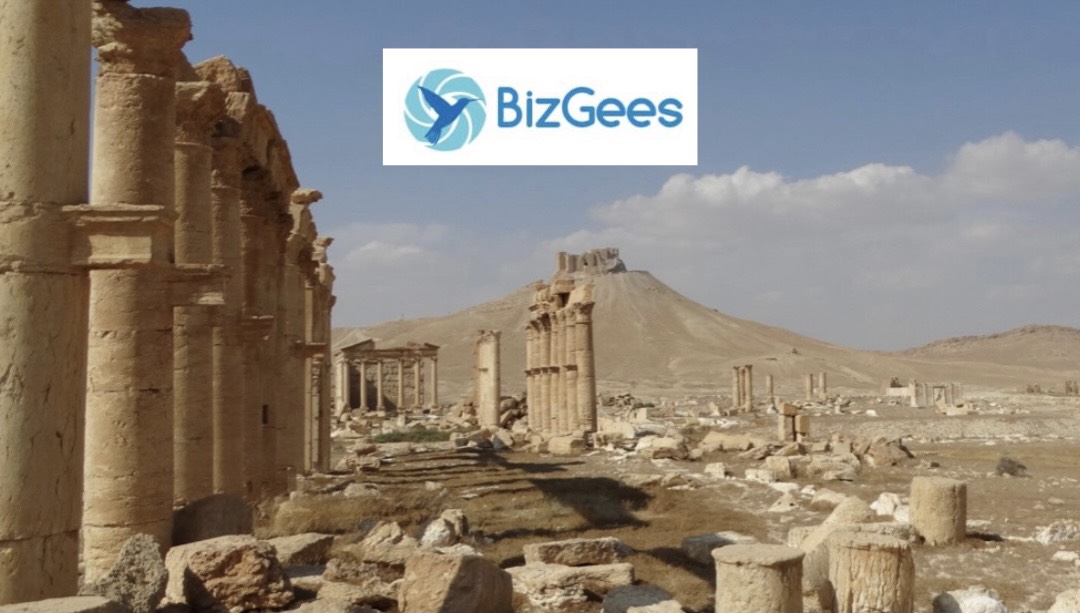 Palmyra, Syria – often known as the pearl of the Syrian desert – has been the site of one of the most outstanding examples of ancient architecture for the past two millennia.

Located approximately halfway between the Mediterranean Sea and the Euphrates River, the ‘city of palms’ was the meeting point of the Roman and the Mesopotamian Empires, as well as a key link in a direct trade route from Europe to the Far East. Persian and Greek-Roman values intersected to create one of the most important cultural centers of the ancient world.

The city, which reached peak prominence during the 2nd and 3rd centuries AD, continued to be inhabited until 1923, when the French Mandatory Rule moved people to the nearby village of Tadmur, allowing the ruins of Palmyra to be excavated and studied by archaeologists.

The site represented a distinctive and one-of-a-kind mix of local Syrian traditions and Roman culture. It embodied the identity and unity of Syria and its past.

From the Greek agora (a square dedicated to public gathering) and the Roman colonnaded, kilometre-long street that ran through the city, to Egyptian mausoleums and sarcophagi, to the Temple of Bel, Palmyra is a monument to the coalescence of ancient civilisations, the celebration of Syrian and Persian culture and its assimilation with the spirit of Rome. Nothing on Earth celebrates our humanity quite like the city of Palmyra.

Yet the unthinkable happened in 2015. The extremist terrorist group, the Islamic State in Iraq and the Levant (ISIL), who had taken control of the city earlier that year, released pictures of dust clouds rising above the Temple of Ba’al Shamen as they bombed the extraordinary monument. ISIL, with its extreme form of Islamic monotheism, was not going to tolerate a temple once erected to an ancient pagan god.

The world watched in outrage as further satellite pictures taken by the UN depicted the ruins of the Temple of Bell, the Roman amphitheater, and the famous columned street and agora.

Listed as a UNESCO World Heritage site in 1980, its destruction was immediately classified as a war crime by the institution’s director Irina Bokova who saw this as ‘an immense loss for the Syrian people and for humanity’.

The demolition of the tetrapylon, a monument which identified a major road intersection on the colonnaded street, was particularly symbolic for Bokova. Indeed, she declared that, as an architectural emblem of the ‘encounter and openness of Palmyra’, ISIL had specifically targeted it in order to deprive the Syrian people not only of their past, identity and culture, but also of their future.

One of humanity’s fundamental needs is identity; by equating the city of Palmyra to the cultural fabric of Syria, the destruction of the ancient site can be seen as a direct attack on the people of Syria.

Demolishing a building which encapsulates much of Syria’s fundamental identity creates completely new issues when the country moves to reconstruct itself in its post-conflict rebirth. Bokova summed it up perfectly by stating: “This is why the protection of heritage is inseparable from the protection of human lives, and we must all unite to put this at the center of all efforts to build peace.”

The act of attributing significance and purpose to material objects and symbols in a post-conflict situation is very human. When communities are processing trauma, a great deal of comfort can be found in places and monuments which people relate to and see themselves in, in which they see their own values and cultures reflected. Indeed, in the first Syrian guidebook to Palmyra, published in 1966, it was described as ‘our great Arab national heritage’.

Seeing that chain suddenly and violently broken, link by link, has been devastating and desolating for the Syrian community. It is therefore not surprising that after witnessing the symbol of their identity so brutally annihilated, the country has been ever more prone to internal division and totalitarianism, split between factions such as the Kurds, the Free Army, and extremist Islamic groups.

In a post-conflict community, there are very few things to hold on to to offer some sort of consolation or solace to a war-damaged people. ISIL knew this and specifically used cultural cleansing to ‘wipe the slate clean’. Hence they sought to remove the sense of belonging that was expressed in material objects in their bid to divest the people of their cultural moorings.

Nothing makes this clearer than ISIL’s own words: ‘Syria is not for the Syrians’, but rather just a place to establish their own caliphate.

By 2017, as the city fell to ISIL once more, there was very little hope for the conservation of one of the most significant cultural heritages in Syria and in the world. The loss of identity and belonging was so powerful it began to feel like a true humanitarian catastrophe.

However, lights can be glimpsed at the end of even the darkest tunnels. In March 2017, after ISIL occupation ended and the Syrian government resumed control, the opportunity arose to start to overcome the main hurdles which stood in the way of reconstructing the fabric of Syrian identity.

The call for the restoration of Palmyra has been spearheaded by Talal Barazi, the provincial governor of Homs Governorate (where Palmyra is located), with the financial help of UNESCO member states such as Italy.

Barazi highlights the significance of the reconstruction of the artifacts and historical and cultural value of Palmyra: “This is the world’s history, and it belongs not only to Syria”, he argues. Indeed, the reopening of Palmyra would not only be monumental for the people of Syria, it would also signal a new start for the rest of the world, an invitation for people to come and visit one of the most popular tourist sites of the world pre-2015.

In 2018, $150,000 was provided by UNESCO for its Emergency Safeguarding project to restore the Portico of the Temple of Bel, as well as the conservation of 2000 year old statues and sculptures. Daria Montemaggiori, who is part of the restoration team at Rome’s Central Restoration Institute, summed up the significance when she said that ‘the work of restoration allows us to erase the act of violence’.

Restoration work does however come with a multitude of challenges and many different approaches as to what might be the best way forward.

Some argue that the devastation which ISIL caused is also part of Palmyra’s history, and thus should be maintained as such to protect the integrity of the site, just as the first city of Palmyra was destroyed by the Romans in 273 AD.

Rebuilding the ruined monuments and artifacts could severely infringe upon the authenticity that has always been a hallmark of Palmyra and its identity, they claim.

There are also some within Syria – with something of the ISIL spirit – who would be happy for a pagan temple to stay destroyed. But post-conflict reconstruction of such a significant cultural heritage site as Palmyra should be inclusive of all the sects, ethnicities and religions of the people of Syria, even those of the past.

Palmyra belongs to all the people of Syria, and all its communities who have found identity and belonging within the historical site. Its reconstruction would aid in the repairing of the collective memories that tie Palmyra to Syrian culture.

Others argue that only foreign bodies should be involved in the restoration works, particularly given the dubious legitimacy of the current government. But excluding the agency of the people themselves, the community to which the site belongs, would be extremely damaging to the symbol of Palmyra and what it represents to its people.

Indeed, rebuilding Palmyra, which was destroyed with the intention of attacking the identity and culture of Syria, could symbolise an act of resistance by the people, standing against the eradication of their history and their future.

The post-conflict restoration of Palmyra, if carried through with respect and sensitivity, would thus be an affirmation of the latest renaissance of the Syrian people, and a hymn of praise to their identity and their culture.