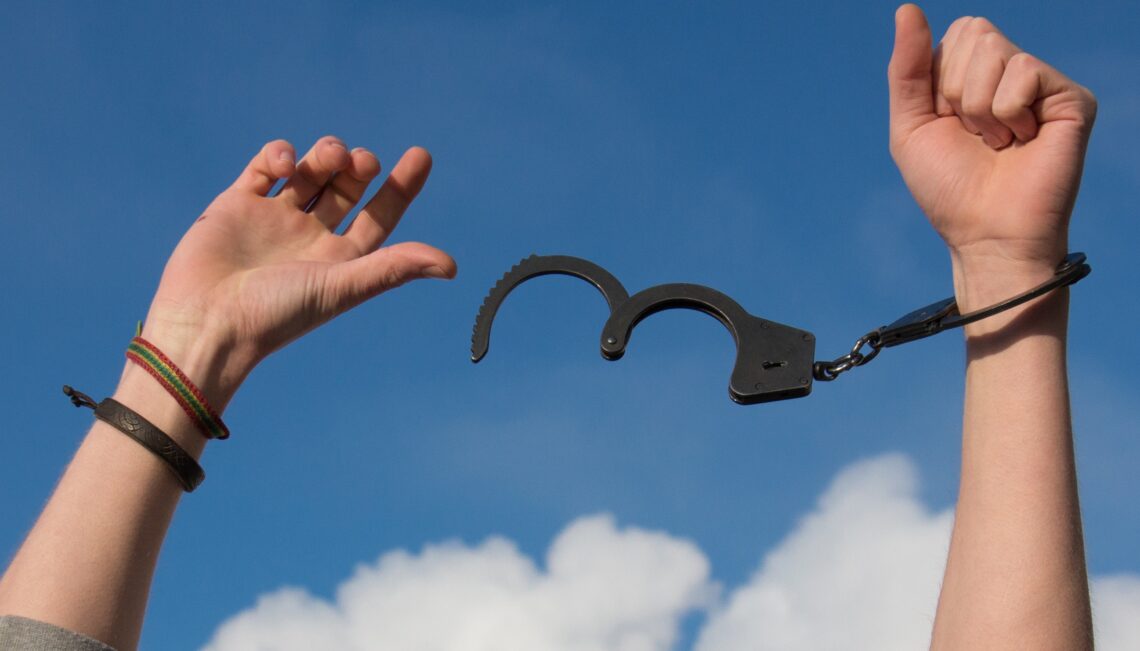 ‘Safetyism’ might be the biggest threat we are facing today, argues Edward Kendall.

The tension between maintaining public order and allowing the right to protest goes back a long way and will probably still be an issue far into the future. The question manifests itself in all sorts of contexts, be they governmental response to pandemics, controversial forms of speech, national security or protest marches, to name but a few.

The issue of public demonstrations is one which is topical, especially given the recent protests we have seen in Hong Kong as people took to the streets to give voice to their fears over the erosion of their human rights by recent government measures in the terrority. There, as in other places, some people expressed concern about the small minority who used the protests as an opportunity to riot and commit acts of violence.

The response to such concerns was ably put by the late Bishop Edward Daly – the former Catholic bishop of Derry – when he was giving evidence to the Saville Inquiry regarding the violence resulting from a civil rights protest march in the city on Sunday 30 January 1972, a day known as ‘Bloody Sunday’.

The historic photo of the then Father Daly waving a blood-soaked white handkerchief as he accompanied a dying protester to an ambulance has become a kind of icon for the civil rights struggle in Northern Ireland.

At the Inquiry he was asked by Edwin Glasgow QC, a barrister representing the soldiers who opened fire that day, whether he was concerned that a peaceful march had to some extent been taken advantage of by rioters. He responded that people in Derry considered internment to be a grave injustice and ‘wanted to express their feelings about it in a public manner’. He added: “I think the right to protest about something that is perceived as a great injustice is a very important right in a democracy, and I think that the risk that there is a risk, one has to live with.”

Bishop Daly’s words apply not only to protests, but also to the exercise of all manner of civil liberties.

All liberty carries a certain amount of risk, not only to ourselves but also to others.

What we have to decide is whether or not we accept the responsibility of using our judgement and freedom in exercising those liberties, or whether we delegate that responsibility to the authorities even at the cost of losing individual liberty.

The idea that the state has a responsibility to keep us secure even at the expense of losing cherished civil liberties seems to go back to the 17th century political philosopher Thomas Hobbes. Writing in Leviathan, Hobbes argued that ‘during the time men live without a common power to keep them all in awe, they are in that condition which is called war, and such a war as is of every man against every man’.

His basic view was that humans cannot be trusted to refrain from harming each other, so the state has to step in and govern them with the power of coercion. This idea is accepted even by classical liberals insofar as the state has the duty to prevent an individual causing physical harm to another, but Hobbes took the idea further. He believed that individuals surrender their rights to the state in exchange for personal safety and that there is nothing short of arbitrarily killing people which the state should not be entitled to do.

This idea of a near absolutist state stands in stark contrast to the concept of a social contract between citizens and the government which has marked much of Western political thought. But due to public fear (be it about radical ideas, terrorism, or contagious viruses) the ideas of Hobbes seem to have been resurrected today. Some would see evidence of this in Britain in the Online Safety Bill, questions of government surveillance, and the UK government’s response to the Covid-19 pandemic.

One particularly extreme form of this desire for security at all costs is the currently in-vogue phenomenon of ‘safetyism’, as Jonathan Haidt and Greg Lukianoff call it in their book The Coddling of the American Mind.

‘Safetyism’ is the idea that authorities have a duty to protect individuals under their care not only from physical harm, but also from emotional harm and indeed from anything that could offend or be upsetting.

There is an old saying that sticks and stones may break my bones but words will never hurt me. It no longer seems to be a popular saying, but adopting this mindset would, in my opinion, help to remedy many of the ills caused by safetyism.

We have to accept that there are opinions out there that we won’t like and that are even abhorrent. When we acknowledge this, however, we become much more at peace and tend to have greater control over our emotions.

The 20th century Spanish saint Josemaria Escriva hit the nail on the head when he wrote: “What really makes a person – or a whole sector of society – unhappy, is the anxiety-ridden, selfish search for well-being, that desire to get rid of whatever is upsetting” (The Forge, 767). Escriva rightly calls it ‘selfish’ because an individual trying to eliminate whatever is upsetting normally ends up riding roughshod over the rights of others to speak freely according to their conscience.

Safetyism, in fact, poses what is perhaps the greatest risk to individual human liberty today.

George Orwell, in his unpublished preface to Animal Farm, wrote that if ‘liberty means anything at all, it means the right to tell people things they do not want to hear’. However, safetyism tries to prevent people from hearing things they might not want to hear. If we accept Orwell’s definition of liberty, this means that it is inherently incompatible with safetyism – you cannot have liberty coexisting with authorities taking it upon themselves to prevent offence being given.

But safetyism is increasingly becoming the norm, and has now been embraced by politicians. For instance, the UK parliament is due to pass the Online Safety Bill which, if implemented, would have dire implications for free speech.

This bill imposes upon websites a duty to remove content that could emotionally harm not just children but also adults. In a 50-page report titled In Protection of Freedom of Speech, commissioned by the Reclaim Party, barrister Francis Hoar analyzes and critiques this particular legislation.

Hoar writes that a state ‘that assumes responsibility for protecting its subjects (the word “citizen” does not seem apt) from what it determines is harmful is a dangerous edifice indeed’.

He is concerned that the government seems to have taken the view that ‘it is responsible for the safety of every scared and vulnerable individual from risks that were once treated as part of living’. His words of caution seem to have fallen on deaf ears, however, as the government plans to introduce the legislation this year.

Liberty is certainly not an absolute value, but any legal limitations to it must be justified.

The liberty I speak of includes the right to express ourselves freely according to conscience; the right to go where we please without having to justify ourselves to the police; the right to associate freely with other people; and the right to work and earn a living regardless of whether that work is seen as ‘essential’ by the state.

These are all rights which are essential for human well-being and which we normally take for granted, but we nevertheless surrendered most of them to the state during the pandemic. Arguably this was for the common good and to save lives, but whether the extreme measures taken were proportionate and necessary is still a matter for debate. The powers given to the government by the Coronavirus Act, for instance, have been much critiqued by both prestigious members of the legal profession and civil rights groups such as Liberty.

So where does the solution lie? Concluding his aforementioned report, Hoar said: “What is needed is a revolution in public outlook.” He argued that ‘citizens need to learn that the more they rely upon the state as a protector, the less control they will have over how and in what way they are protected’. This ‘revolution in public outlook’ which Hoar speaks of might even require us to exercise our traditional rights and liberties, even when the law is against us.

Think of those reporters arrested in Hong Kong over the last year in the name of ‘security’, just because the authorities were not happy about them expressing themselves according to their conscience. Or the case of citizens being fined in the name of ‘safety’ for visiting their own families during the lockdown, despite the fact that the right to have a family life is protected in both international and national human rights law. Or of protesters being arrested and/or fined for exercising their right to peaceful protest, which again is also protected in human rights law. The fight for liberty will probably be a tough one in the current climate, but when has it ever not been tough?

The question remains as to whether people will respond to this clarion call and defend their traditional rights and liberties, or whether Hobbesian ‘safetyism’ will get the upper hand in society’s current struggle. The answer will undoubtedly decide the nature of our political and social landscape for years to come.