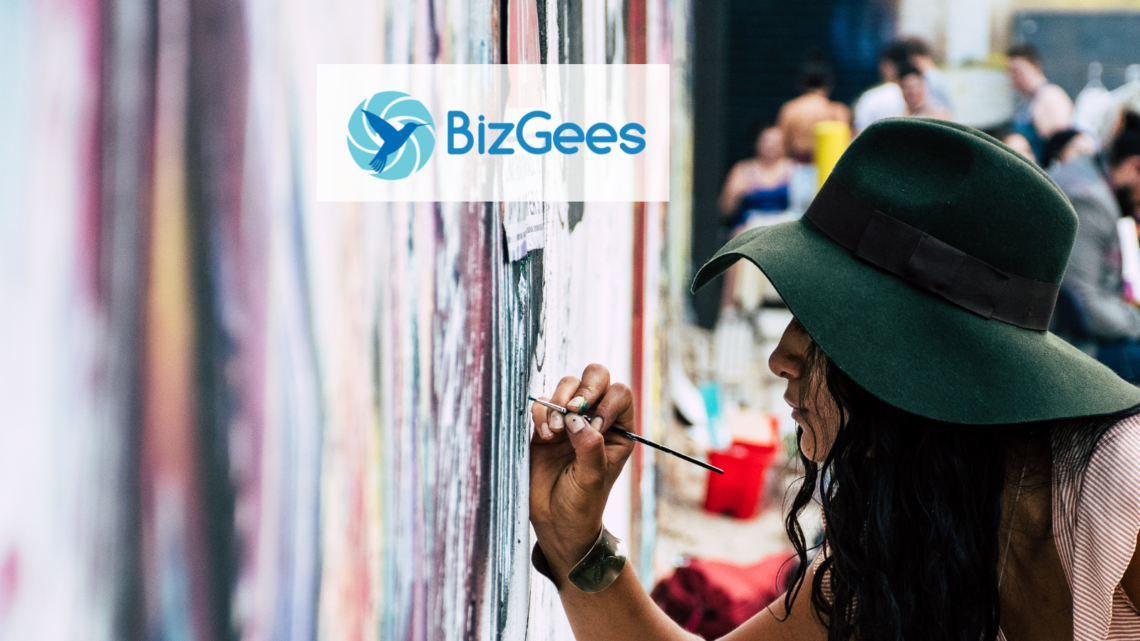 Saher Ali is an atypical refugee. A student at Oxford University, she explores the rich field of refugee experiences and finds flowers that bloom in the mud.

The perception that ‘refugees pose a security threat’ attracts a lot of attention but ignores the many gifts which these new arrivals bring to their adopted homeland.

How often do we hear about the beautiful art pieces which refugees have blessed the world with? Such works reveal a remarkable resilience which must be recognised if we are to counter-balance the rhetoric about the ‘threat’ migrants pose to the culture of the receiving nation.

With incidents of attacks in Germany, France and elsewhere by people from a refugee background, security anxieties have risen among the native populations. This has played into the harsh rhetoric of those who call for the introduction of further restrictive measures in the asylum process.

The revelation that most of the identified attackers shared a history of mental health problems has also set off alarm bells. It has stirred a belief that their often excruciatingly traumatic past may have created a causal link between their psychological instability and their being security threats.

It is certainly true that since refugees have to suffer extreme economic and social hardships in their country of origin, and even during transit, they are likely to experience psychological trauma. Listening to or watching documentaries about refugees can leave us, as mere onlookers, depressed, yet refugees have to live through those moments of grief hour by hour, minute by minute. For them there is no off-button when it all seems too awful.

The prospect of losing friends, family, home, financial and economic stability, and dignity in the blink of an eye is, for such people, reality. They cannot escape from it.

And even then, their privation does not end. They may have to embark on a perilous journey in the search of economic and physical security, experience hostility and possibly assault en route, and live in inhumane detention centres with the barest of facilities. On top of this, if they manage to obtain asylum in the destination states, trying to restart a life in a strange country comes with its own set of problems.

In such a situation, the psychological traumas of the refugees, coupled with their lack of financial and social support, can serve as a breeding ground for criminal-minded jihadist networks. Not only these but some governments also are found guilty of exploiting the vulnerabilities of refugees, particularly children, recruiting them as soldiers in ethnic-political violence.

Although only a very small percentage of asylum seekers and refugees have been identified to be involved in terrorist-related activities, stories of such occurences have fanned xenophobic attitudes.

Subsequently, host communities and governments are becoming reluctant to offer support to those people who are in greatest  need of it. In extreme cases, they rub salt into the wounds of refugees by traumatising them further and placing them under stricter surveillance.

Such constant buzz about the weak psychological state of refugees and its correlation with the security threat, however, disregards the huge level of resilience which refugees have shown. And highlighting such a skewed perspective also nurtures a lack of appreciation for the great talents and energies these bring with them to their host nation.

Many refugees have breathed their pain, anxieties, bewilderment and sorrow onto canvas, or into poetry, music, movies, theatre and many other creative spaces.

Hope and pain! The pain of loss: losing a precious friend, family members, a dream, good health, a partner, a home. Hope to achieve peace, love, warmth, security, a secure  job, a house, and recovery from sickness.

We may all have experienced these emotions but often we fail to find the words to express the intensity of those feelings. However, when these interact with any art form – music, dance, visual art, poetry, theatre – together they create a powerful magic. The magic of breathing a soul into lifeless matter. Magic which enables the viewers and the artists to make sense of their complex emotions and connect with those who share the same dilemma of wanting to let their feelings flow but cannot.  It creates a language which helps heal the void of pain in the heart but also acts as a cry of hope.

The works of three refugee artists who have gone through the crises of displacement and survival in different geographical regions (Syria, Iran and Afghanistan) are typical of the enrichment the refugee voice brings to the national discourse in host nations.

Check out, for example, the music band in Berlin, Germany, named ‘Musiqana’, which is formed of five Syrian refugees. The lead singer is Abdallah Rahhal, who is a survivor from a truly perilous journey. Escaping Syria during its civil war, he made his way to Lebanon before moving to Turkey, travelling across the Mediterranean in a flimsy craft and passing along the Balkan route, finally reaching Germany in October 2015. However, his distress, like that of the other Syrian refugees in the band, did not end there.

They all have to deal with constant worry and fear about the safety of their loved ones who are stranded in Syria.

Not only that, but they also have to live with the sorrow of watching their home towns being blasted into rubble and the spaces of their childhood disappearing into thin air.

However, when this ache finds words in Abdullah’s voice and meets the melodious Arabic tunes produced by the oud (played by Alaa Zaitouna), drum (by Ali Hasan and Ahmad Niou) and guitar (by Adel Sabawi), it weaves a hypnotic atmosphere. An atmosphere that not only soothes the pain of other refugees but also enthrals German nationals.

The music also allows the band members and other Syrian refugees to relive their fondest memories of pre-war Syrian life, find solace for their pain, infuse hope and summon the courage to rebuild a peaceful life again.

“My feeling when I’m singing Tarab music is like being in the sky. It’s complete hope, like something good will happen,” says lead singer Rahhal. You can sample for yourself the magic Musiqana creates by clicking on their YouTube Channel.

The second artist I advise you to check out is Ali Banisadr, who was born in Tehran, Iran, in 1976. Finding himself surrounded by the chaos of the Iranian revolution and the latter Iran-Iraq war, he and his family decided to flee to the United States when he was 12 years old.

Instead of breaking down, he gradually learned to manoeuvre the hardships that have been thrown at him since then, to push himself to achieve greater perfection in his art.

His meticulous spirit is reflected in many of his artworks. Drawing upon his childhood experiences of turbulence, explosions, vibrations and screams, he brushstrokes a rhythmic sense of motion in rich evocative  colours on the canvas which delicately combines figuration and abstraction. Subsequently, his work takes the form of intricate and complex visuals that exude vitality surrounded by turbulence.

One of his most fascinating works is entitled “In The Name Of”. The rich colours of the painting evoke a feeling of vibrancy but at the same time the onslaught of  brushstrokes reflects the chaos of an attack. As I see it, this paradoxical combination expresses hope amid pain. Moreover, the background, which seems fractured, is said to be influenced by the artist’s memory of the sound of breaking windows due to the explosions during the revolution and the Iran-Iraq war.

While his paintings may be a medium through which he expresses the loss and pain that was inflicted by the revolution and Iran-Iraq war on many people with Iranian heritage, people from other cultural backgrounds also find solace and inspiration in the emotions his works evoke.

To lose oneself in the beautiful paint works of Ali Banisadr, why not visit his website?

The last example of refugee art  I would like to highlight is that of 23-year-old Mursal Zainuddin. She currently lives in Pakistan. When she was one month old, her family had to flee Afghanistan because of the ongoing war and the Taliban’s growing campaign of terror and persecution. However, the patriarchal nature of Pakistani society combined with the difficulty in finding work experienced by the Afghan refugees has intensified her family’s struggle to rebuild a peaceful life.

In the face of such adversities, Mursal’s spirit has not weakened but rather has bloomed powerfully. Her art pieces are inspired by her feelings of pain, love and hope and her sense of frustration when faced with growing injustices. Her works not only captivate the viewers, but also reach their heart and generate a powerful aesthetic reaction.

Such artists never make headlines. Rather the headlines are dominated by simplistic narratives linking asylum seekers to danger, threat and problems.

It is time to ignore such narratives which generally magnify and exploit negative incidents to prioritise the imagined ‘safety’ of host communities above the real needs of refugees. They also fail to mention the involvement of powerful countries in escalating the political crises in the lands of origin of many refugees, as in the case of the Syrian civil war.

It is likewise worth considering that compared to the magnitude of the casualties and the exodus caused by the civil war, the number of successful asylum applicants only make up a small portion.

Behind every simplistic front page scare story there is a world of complex stories and experiences which deserve to be explored. Behind each refugee’s face lies a human being. A small act of compassion would not only bring sunshine into the life of refugees, but its rays would also light up one’s own soul with happiness and peace.

Saher Ali is studying for her Masters in Migration at Oxford University. She is supporting Bizgees' Refugee Stories project which she joined as part of the Oxford University Micro Internship programme.