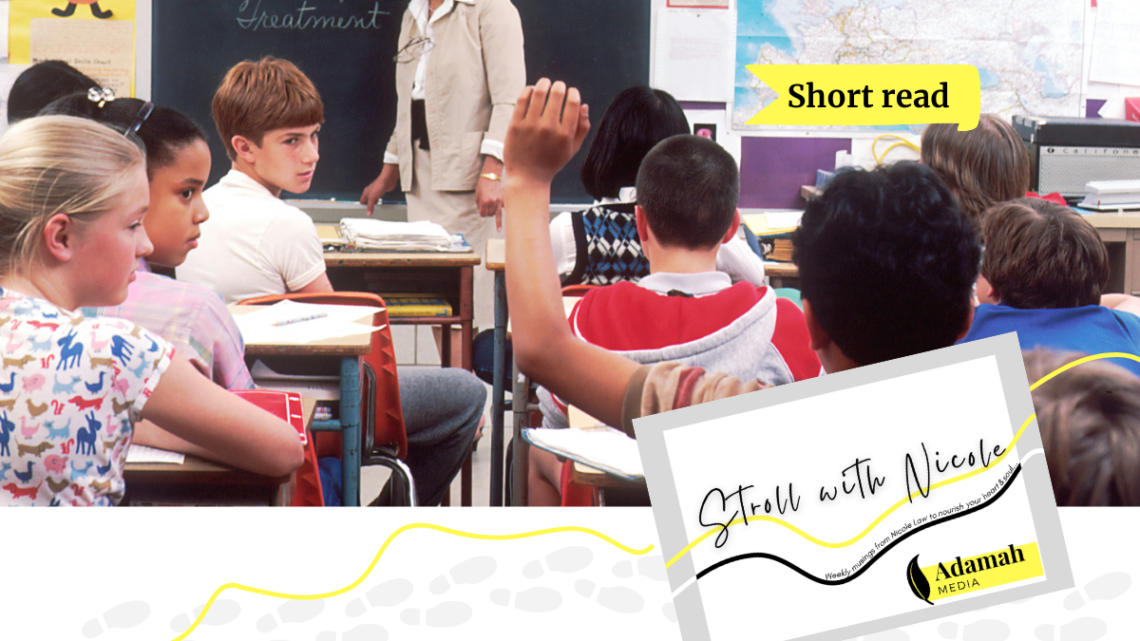 Nicole Law says it’s time to take our courage in our hands and risk making mistakes – as a learning strategy.

I’ve attended all too many meetings in my working life, so I am never surprised at the silence which follows when a team is asked: “Do you have any views on the matter?”

Call it a fear of saying the wrong thing or speaking one’s mind, but I know that fear very well. It’s the fear of making a mistake and the embarrassment which might ensue.

These days, young children live with heightened anxiety about giving the wrong answer in class and prefer to stay silent. I know the feeling. I’ve stood in a class of 25 bright young adults and faced a wall of silence after I’ve asked – “Anyone have any idea why this is the case?”

The fear lives in each of us and it has started to make me feel uncomfortable. I’ve succumbed to it far too often when I sense that the response I offer or the attempt I make at a task may result in a negative outcome, be it ridicule, rejection or reproach. Whether in meetings, classrooms or town halls, this silence brings with it paralysis, a suppression of our natural instinct to act or to speak.

It made me wonder what was the source of this paralysis – what was driving this fear?

When I asked a student of mine why she chose to remain silent during the class discussion, she simply said: “I am scared to make mistakes.” This encapsulated what many of us feel at some level but sometimes cannot express. We fear making mistakes.

I think of the wild abandon of children who have yet to be ‘punished’ for making mistakes by authority figures in their life. They run freely, then fall down but run anyway. They sing tunelessly but sing anyway. They colour outside the lines but colour anyway.

Intrinsically, they live in a state of dynamism, confident that there is a next step and then another they can take. In contrast, mistakes, to us adults, resemble a brick wall we crash against or a car that has skidded to a stop – there is an absence of continuous forward motion. We take a long time to lick our wounds, to crawl into small spaces and to rebalance ourselves when knocked off course.

We focus on the mistake itself and get stuck in an endless loop of self-doubt and fear. We are wary about trying again or doing something different because we think it may lead to the same, less than optimal outcome. I’ve been held back by this fear too, fearful of trying again, venturing out after a failed attempt and taking risks.

It’s safer to play within the lines, where we return to the familiar when we feel overwhelmed. It’s much harder to roll with the punches and to give ourselves the space we need to make mistakes. But the curious thing about space is that it allows us wiggle room to try and fail, freeing us from the ‘all or nothing’ mentality which can take over our thoughts sometimes.

Thinking that mistakes have closed off all possibility of a ‘recovery’ or ‘rebound’ leaves us paralysed and is the Great Mistake.

Moving forward and still making mistakes may spell some discomfort for sure, but we begin to learn what works and what doesn’t. We update our methods and strategies, we collect more information about the problem at hand, we start to get a better idea of how to slay the metaphorical beast.

It takes some unlearning of old patterns of behaviour which let errors snatch away our agency but it’s well worth the struggle. The next time I’m asked for my opinion, maybe I’ll raise my hand and offer my two cents’ worth, or, who knows, maybe a whole dollar!