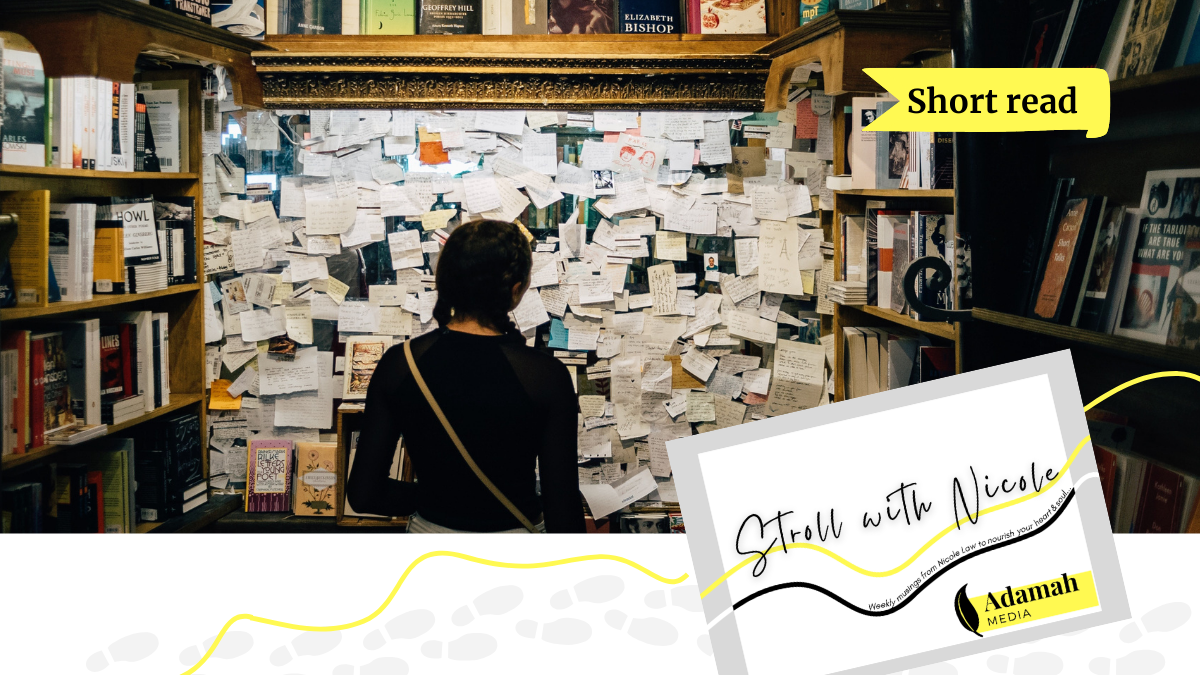 Nicole Law examines the cost of putting principles into action – even when it means changing your local bookstore.

The news broke on an otherwise quiet Saturday – the founder of a local independent bookstore was found to have had affairs with employees and the women affected had decided to speak out.

I am not unfamiliar with this narrative in light of the #MeToo phenomenon over the past few years as women have stepped forward with courage to name their abusers.

What we might define as #MeToo offences often include an element of power. The dynamics of power within the workplace or even personal relationships point to the possibilities of people in power (not necessarily men per se) abusing that power to blur personal and professional lines.

As I perused the article about the bookshop, I felt uncomfortable. I have been an avid supporter of the bookstore in question for many years.

It prides itself as the first independent bookstore to take root on our tiny island, not particularly known for its culture of reading and literature. I have bought books and attended events there and even felt a sense of pride at the little storefront in central Singapore where I have enjoyed spending long, enjoyable afternoons.

To me, the bookstore represented a form of defiance to mainstream chains which carried large volumes of international titles, and I was impressed at the spirit which animated it. As I read the article about the various escapades of the founder, often involving inappropriate advances made on young female employees, my discomfort grew into a strange dilemma.

As a young woman myself, I feel for those involved in these events and wonder what I would do if I were in their position.

It would be scary to resist the advances of a person in authority, knowing the implications on one’s job and possible future prospects.

Yet, the uncomfortable truth is that silent submission and passivity mean that both men and women alike are allowing themselves to be exploited, manipulated and used by people in power for their own desires and designs.

I thought of the women and men who suffer in silence when they know that their superior is in charge of their appraisal and could even end their career with a comment written in their reference.

Thus paralysis occurs and that is how the abuse and inappropriate behaviour perpetuates, for paralysis implies silence and without adequate reporting of such incidents, the relevant persons will not be stopped.

I identify with a lot of ideas within the broad umbrella of feminism – perhaps that’s one of the reasons I felt very strongly about the goings on at the bookshop. I recognise that embedded within the turn of events are a series of ‘grey areas’ and a sense of ‘guilt’ on the part of the young women – calling out the behaviour of your boss can seem like a betrayal or even be brushed off as lies.

I look at the books I’ve bought from the store now and a strange feeling comes over me. On the one hand, I am glad to be a supporter of an independent bookstore that has fulfilled my orders and has created a new and positive literary culture in Singapore. On the other hand, how can I (should I?) ignore the obvious cracks in the veneer of this successful bookseller and relegate my discomfort to a passing feeling?

The nagging feeling which won’t go away seems to tell me I must stand up and let my voice and purchasing power speak this time. The voice of the collective rests on the intentional choice of individuals to resist the lie that ‘your No means nothing’.