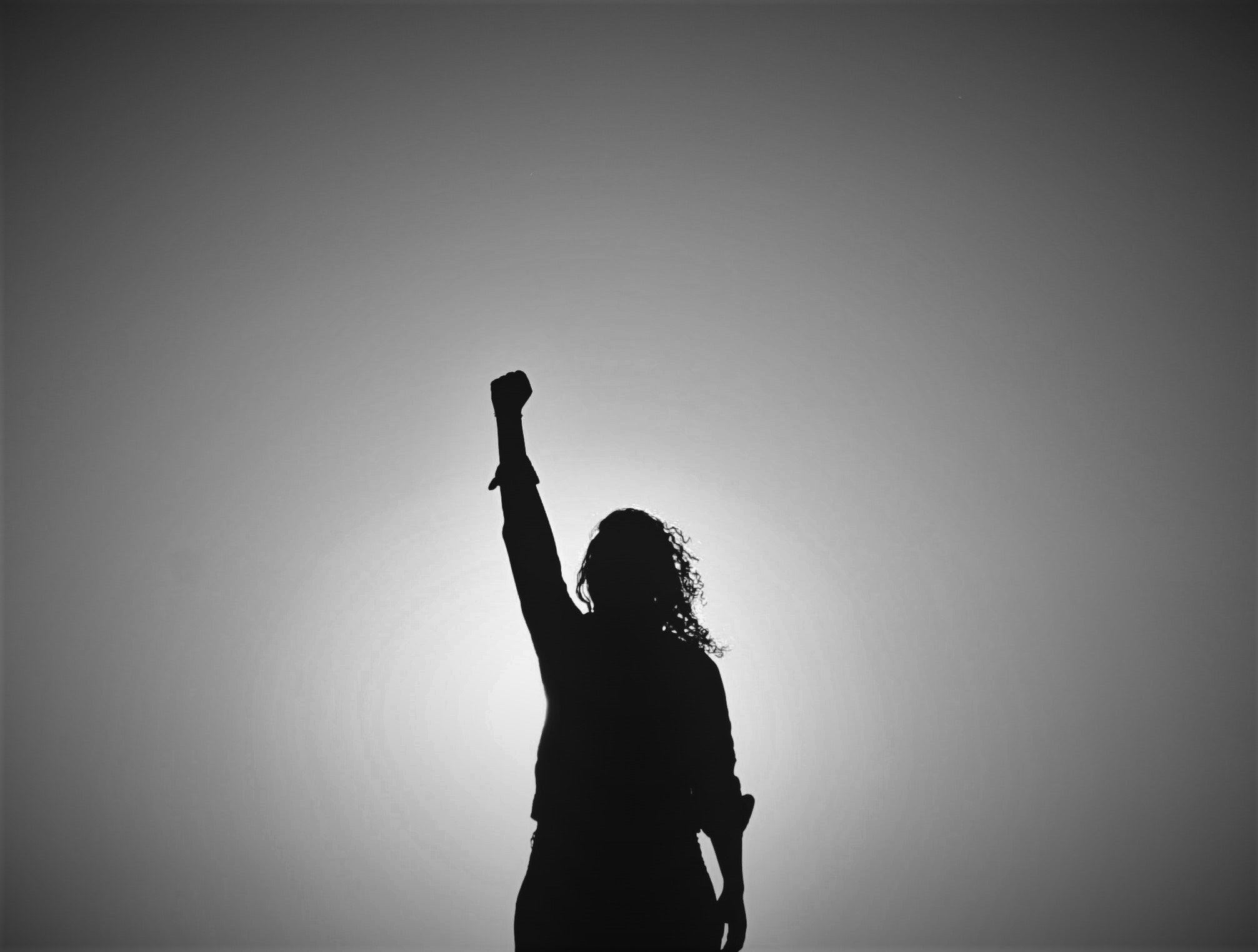 As the new year rolls in, everybody seems eager to announce that a new decade dawns upon us, even though the 2020s arguably only begin in 2021 (at least according to the Gregorian calendar, currently in use in most of the world).

While we grapple with the passing of time, it’s important to take stock of past years and recognise the lessons we can learn from them.

It’s been over 200 years since the French revolutionaries chanted “liberté, égalité, fraternité”. It seems like a long time ago, but a cursory glance at our global political scenario will show that there are more similarities between 1789 and 2020 than any of us would like to admit.

Today, the idealistic calls of the French Revolution have been replaced with alarming populist chants promoting exclusionary, classist and even racist views disguised as nationalism bent on societal improvement. And it’s not the first time this has happened in western history.

As the German city of Dresden showed by declaring a “Nazi emergency” last November, there’s a growing surge of White Supremacist and Neo-Nazi movements around the globe. The UK is increasingly divided in the aftermath of Brexit, as Daniel Coyne diagnoses in Renewing the Social Contract:

“[the Brits] have lost sight of what the nation actually means, how it must evolve as an inclusive yet single community”.

Latin America flounders amidst the rise in authoritarian regimes and civil unrest, with Chile and Venezuela as worrying cases. Having declared a state of emergency on 19 October 2019, Chile saw seven consecutive weeks of unrest, after which UN investigators accused Chilean security forces of committing serious human rights violations during the crisis. Meanwhile, Venezuela’s long-lasting political, legislative and economic turmoil has no end in sight as the country is now divided between two men claiming the presidency and two competing National Assemblies.

So why bother looking back two centuries ago if there are more than enough problems to preoccupy us at present? Because there’s a lot to be gained by re-examining history with the benefit of hindsight.

As Winston Churchill said in a 1948 address to the House of Commons,

“those who fail to learn from history are condemned to repeat it”.

Though inequality and injustice may be the age-old enemies of civilisation, the Enlightenment revolutionaries tried hard to exterminate them in a radically new way in the 1700s. Essentially, we have tried to improve on their achievements ever since.

In fact, if today we have terminology such as “identity politics” (defined as the political activity and theory based on the shared experience of inequality of certain social groups), this is an offspring of that spirit.

In The French Revolution and Human Rights, the celebrated historian Lynn Hunt explains how our appreciation of human rights derives from the ground-breaking changes ignited by the French Revolution, particularly its understanding of citizens’ unified will as the main drive behind the constitutional changes that shape a democracy.

The world-changing event of 1789 paved the way for the establishment of modern nation states based on a radically different understanding of collectivity and citizenship.

The fight for equality and liberty was announced as a top priority in virtually every published text of that time. In the influential pamphlet written by Abbé Sieyès months before the revolution began, the working populace of France was rhetorically exalted as never before:

“What is the Third Estate? Everything. What has it been until now in the political order? Nothing. What does it want to be? Something.”

Unfortunately, when it came to putting ideals into practice, France was reluctant to change the status quo too much.

The new French republic was founded upon the principles of liberty and equality. From that moment on, rather than be subjected to the absolute rule of a despot, the people of France would elect their government democratically, and create laws which supposedly represented their unified will.

Yet, women as well as ethnic and religious minorities were systematically excluded from the revolutionary project.

In France, the 1789 Declaration of the Rights of Man and Citizen promised that “men are born and remain free and equal in rights”, while also stating that “the law is the expression of the general will”. Therefore “all citizens have the right to take part in its formation”. The problem was that the criteria for eligibility to citizenship were purposely not clarified in the document. Consequently, the right to vote was withheld from women, people of colour, and religious groups that were not Catholic (since the latter formed the majority in France’s religious demographics then).

Protestants as well as Jews were initially excluded from civil and political rights in the Declaration. As historian Paul Hanson writes, the National Assembly quickly became aware of its own contradictions, and accorded equal rights to all religious minorities by decree later that same year. But the time would soon come when all religion would be suppressed in the new France.

The most radical phase of the French Revolution, the Terror, saw a generalised religious persecution from which not even Catholics were safe. The revolutionary government associated religion with monarchy, privileges, and abuse of power, hence they sought to enforce a dechristianization of France by any means necessary.

By 1794, laws were passed that instigated an iconoclastic free-for-all on Church property. As Gemma Betros summarises, the Terror’s suspicion of religion targeted Christianity with a vengeance: “France’s churches and religious orders were closed down and religious worship suppressed”. In a short-lived attempt to rid France of all medieval remnants and inculcate the revolutionary principles into people’s minds, the Gregorian system was replaced by the more secular Revolutionary calendar, which considered the advent of the revolution in 1789 as its Year 1.

In the case of the slave trade, the Society of the Friends of the Blacks had been demanding either its limitation or its abolition since 1788. The Declaration of Rights excluded slaves, as well as black people who had been freed, from citizenship rights. Slavery was abolished a few years later in 1794 following escalating slave revolts in the French colonies, but it would have to abolished for a second time in 1848 since Napoleon restored it to legality in 1802.

With regard to women, historians generally agree that, despite the radical changes brought about by the French Revolution, “the most deeply-rooted prejudice of all proved to be the view that women were unsuited to political life by their very nature”, as Lynn Hunt puts it. Indeed, Hunt argues it was far from “certain that the ‘rights of man’ applied in the same way to women”, as the unfolding phases of the revolution proved that women did not get access to those rights promised by the Declaration.

This is why many indignant women expressed their discontent in writing, as in the example of de Olympe de Gouges’s 1791 Declaration of the Rights of Woman, which proclaimed the “rights of woman and man” as “natural and imprescriptible”. De Gouges boldly appropriated the original Declaration’s right to freedom of speech on behalf of all women, defending its paramount importance “since this liberty assures the recognition of children by their fathers”.

As vocal as such advocates were, however, little progress was made: full citizenship and political rights remained generally withheld from French women until the 20th century.

The French Revolution is widely praised for achieving milestones towards the equality and freedom which most of us enjoy today. While that’s true, we cannot turn a blind eye to its many negatives. Appreciating how far we have come as a society due to the Age of Revolution is important, but so is an honest critique of its severely limited achievements.

As the French revolutionaries knew all too well, a nation’s freedom is intrinsically linked to its citizens’ rights. No freedom can be unlimited though. One person’s rights should never overstep the rights of another, lest these rights become once again privileges and inevitably nullify equality for the collective nation-body.

New decade or not, regardless of which calendar we follow, now is as good a time as any to consider which values we want to uphold as a society, and who these will benefit. We may count the years differently, but one thing that is constant is the shared knowledge that the future always begins in the present.