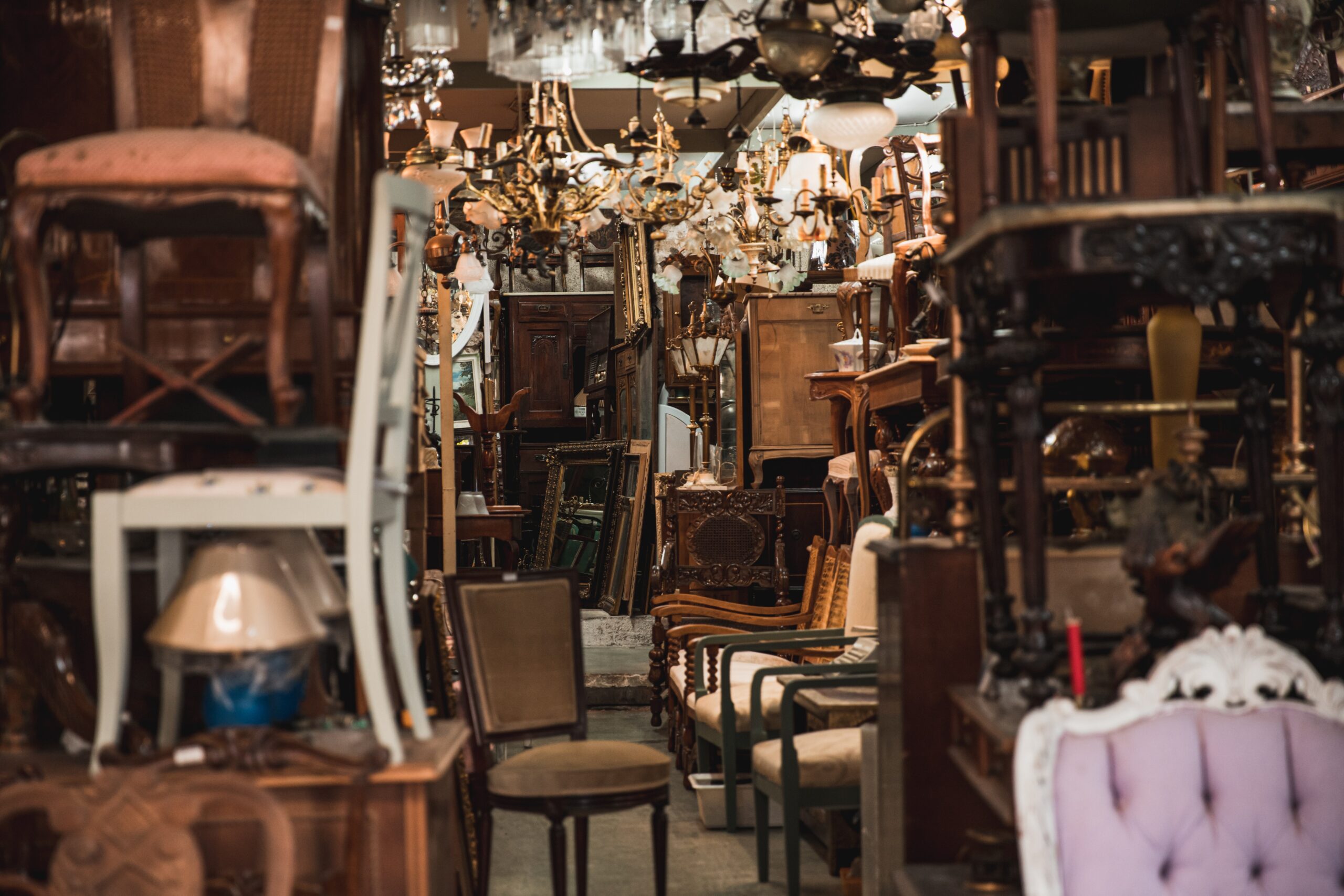 Like many people throughout the world, I collect antiques. This sounds like quite a grand hobby for someone of my limited means. In reality, my acquisitions are modest and tightly constrained by my budget. I can only afford to look longingly in the windows of most antique shops. As a result I’m an inveterate thrift store rummager.

Finding antiques in charity shops is rather like panning for gold in a murky river: you need a good eye, patience and knowledge of the places that produce the richest pickings. You need to be circumspect in what you buy – not all that glitters is gold, after all – and if you’re promiscuous in your purchasing habits you can soon end up overwhelmed by your collections. Nine times out of 10 I leave the shop with nothing.

You also need to be broadminded.

The purist seeks out the finest, most flawless antiques. But if you’re seeking perfection on a budget, forget it.

Nearly all of my finds are imperfect, a small chip here, or crack there, relegates them to bargain basement affordability, and subsequently a place in my home.

That’s not to say that on occasion you don’t hit gold. My latest purchase is probably my best yet. It’s of quite small proportions and cost me less than a cup of coffee. It sat waiting for me, on a chilly spring afternoon, on a shelf full of ordinary second-hand domestic china … a translucent soft-paste porcelain teacup, as fragile as an eggshell in my hands, painted inside and out with improbably gorgeous, fully blown, pink old-fashioned roses, and all surrounded by lavish gilding. Roses have long represented love; they are emblematic of the Greek goddess Aphrodite. The tea set, to which the cup once belonged, may once, I suspect, have been a wedding present.

My gut instinct tells me that I have found something special, probably overlooked due to a noticeable hairline crack. I excitedly take my treasure, carefully wrapped in paper, home and immediately consult experts in the field of English porcelain on social media. They are in agreement over its quality, though there is some disagreement over the factory that produced it, is it Derby or Coalport?

An experienced set of eyes catches sight of something I have missed. The cup is signed, a Lilliputian gilt signature so small and elegant it must have been inscribed with a single hair dipped in gold, and an almost imperceptible pattern number. The signature reads Spode, and the pattern number dates the piece to 1827.

Spode produced everything from the most utilitarian earthenware to the porcelain equivalent of the Rolls Royce.

Perhaps Spode’s greatest patron was the ostentatious Prince Regent, later King George IV of Great Britain, who commissioned many pieces from it for the Brighton Pavilion, his outlandish and excessive oriental-inspired seaside palace in Brighton on the southern coast of England. My cup wouldn’t have been out of place in his home.

Wouldn’t it be nice if I left my story there? In the romance of a bygone age, the Regency world of Jane Austen, high-waisted gowns and swashbuckling heroes? But of course I won’t leave it, I’m far too curious.

In 1827, when my cup was created, it was still legal in Britain to own slaves.

“What has slavery got to do with my elegant, gold rimmed teacup?”, you might ask. The connection is quite direct and obvious. It was made to hold tea; and the dark bitter brew of the British was only made palatable, for many, with the addition of sugar, and sugar at this time was the product of the most heinous inhumanity, the West Indian slave trade.

That takes some of the gleam off the gilding but in no way reduces its interest. We must, after all, learn to live with the heavy legacy of our past, and my cup evidences the link between the very apogee of British artistic ability, and the very lowest depravity humanity is capable of.

For me this takes nothing away from the object, indeed it adds resonance and gravity. And its worth evolves beyond the aesthetic and ornamental, becoming a tangible piece of documentary evidence, as part of a much wider ongoing narrative on the legacy of slavery in Britain.

And on a personal level there is a pleasing circularity that an object made for a society which benefitted from the proceeds of slavery, an object that held the very product of the plantations, has found its way into my possession, a person directly descended from slaves.

We’re taught from childhood to recognise, and emulate, the exceptional in our society, yet really there is nothing exceptional about people succeeding who have benefited from everything a wealthy liberal democracy has to offer, from stable healthy families, blessed with the correct class and complexion, great educations and interested parents.

Such folk are often considered a success, assets to our businesses and institutions, and, as a result, our political leadership, our doctors, academics and military top brass are often drawn from a surprisingly cohesive group. While ability, be it taught or inherent, is often a requirement for success, rather like my teacup and its links to a complex past, I believe it is experience outside the everyday that adds something extra to the matrix.

People who have a different perspective, who have had to struggle, who have accrued, to carry the metaphor forward, a certain amount of damage, these are the ones who often bring something valuable to the table.

The Japanese make a feature of fine ceramics which have been broken and then repaired, the repair is often made using gold, and remains obvious to the observer. They would say they are maintaining the integrity of the piece by recognising that the damage is part of its narrative, and they therefore turn a potential negative into a philosophical comment regarding how we value our experiences.

And the same might be true for us. Rather than regarding our own and others’ struggles as a negative, and writing ourselves or others off, perhaps we should regard life’s vagaries as enriching experiences, as a necessary part of the journey that has brought us, or will bring us, to precisely the place we ought to be. Approaching life in this manner may prove surprisingly rewarding, and perhaps one day, unexpectedly, pay dividends.

Perhaps my rummaging around in antiques’ shops for broken treasures is a metaphor for life itself. The real treasures might not be the undamaged pieces in the shops for the rich, still untouched by life’s knocks, but instead those chipped and damaged works which have not only the value of their own exquisite artistry but also the added value of the existential experience they bear within them.

Other related articles of interest: