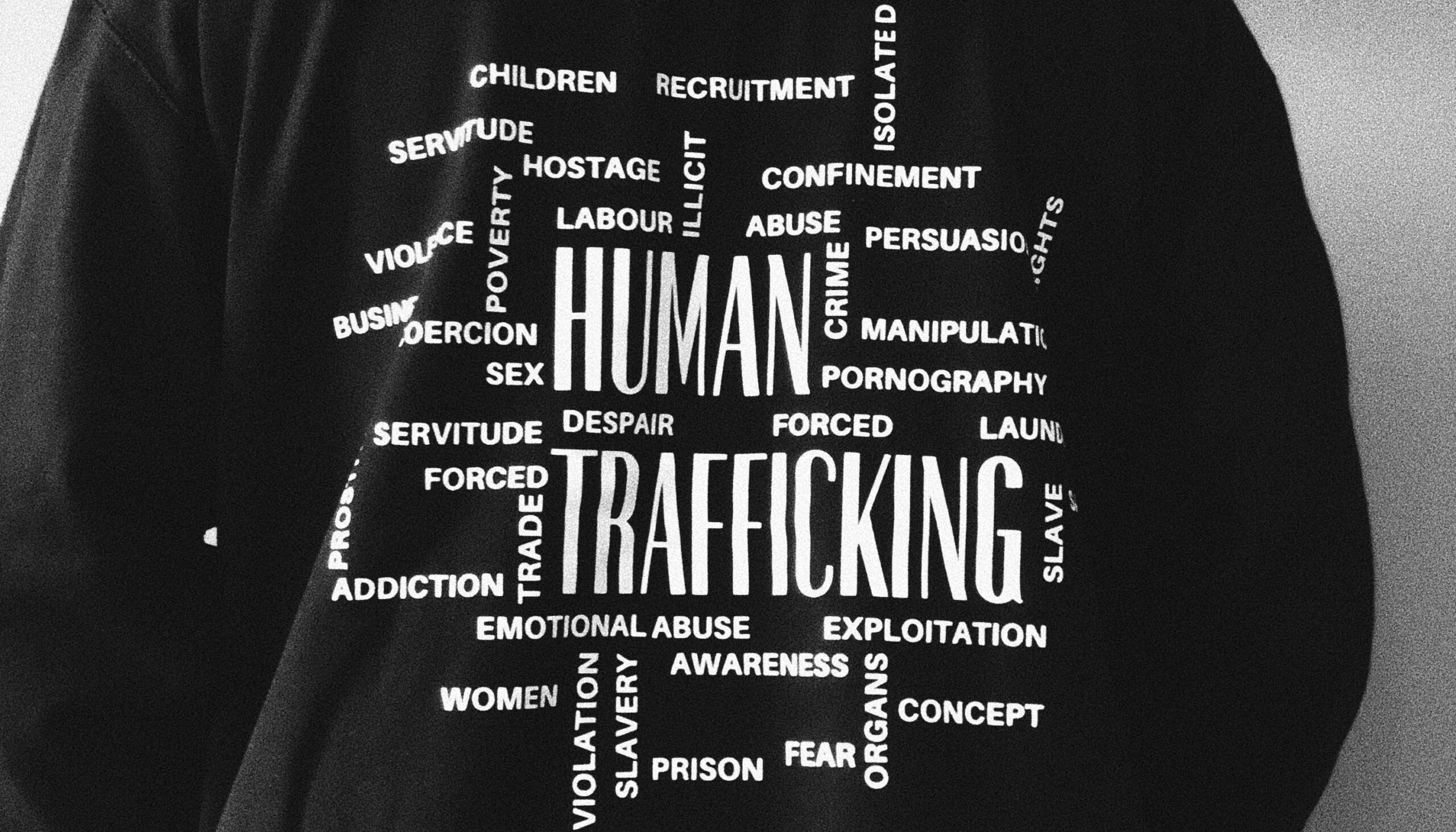 Maddy Fry explodes the common myth that slavery is a thing of the past.

This month has seen the release of Amazon Prime’s small screen adaptation of Colson Whitehead’s novel The Underground Railroad, an epic at once lyrical and unsparingly savage about the desperate journey of Cora Randall, a woman fleeing slavery in 19th century Georgia.

The antebellum landscapes and Southern patois of the book do much to help the reader imagine the living hell of the plantations and the near-impossibility of escaping a world where people live and breathe the air of bondage.

It might be easy to watch this series in shock, thinking that the trade in human beings is an anachronism, an appalling relic of a bygone era. Yet even in my country, the supposedly enlightened United Kingdom, one doesn’t have to look far for present-day examples of human trafficking and slavery, from the British women who were trafficked to north-eastern Syria for sexual exploitation by Islamic State, to the notorious cases of fruit-pickers being brought onto UK farms under conditions of modern slavery.

The role played by people-traffickers has been in and out of the headlines in recent years whenever migrants have been found tragically drowned while trying to cross the Mediterranean and the English Channel.

The statistics make for grim reading: the Global Slavery Index estimated that in 2016, 136,000 people were living in modern slavery in the UK – more than two victims for every 1,000 people. Research carried out by the Home Office in 2014 gave estimates of 10,000 to 13,000 potential victims of modern slavery living in this land; however, the National Crime Agency has said the true number is likely to be far higher, due to victims being unable or unwilling to report their experiences, or even not recognised as victims of modern slavery if they do.

Keeping other human beings in conditions of bondage has been banned without exception by the UN, with the Universal Declaration of Human Rights stating that “No-one shall be held in slavery of servitude; slavery and the slave trade shall be prohibited in all their forms.” So how can it occur on such an industrial scale?

Kate Roberts, the UK policy manager at the organisation Anti-Slavery International, said that people need to realise it is largely a hidden crime and one that is hard to document. She pointed out that both victims and perpetrators of modern slavery don’t come in obvious guises: “Slavery happens wherever people can’t exercise their rights or challenge exploitation – such as in agriculture, domestic servitude in private households, or via forced criminality and forced begging. It’s important to recognise that it is very diverse, and we should bust the myth of people being in literal shackles – it happens but it’s rare.”

“The control is psychological, through fear, threats or a lack of options.”

She also emphasised how merely targeting a few rogue traffickers is not enough: “It’s far more systemic. We have to look at the infrastructure and supply chains that allow it to happen.”

She further highlighted how the politicisation of issues around asylum and immigration had hampered efforts at preventing human trafficking while diverting attention from the poor, sometimes brutal, treatment endured by those trying to escape from bondage by going to the authorities.

“Immigration regulations in Britain,” said Roberts, “are a major problem, as you potentially remove a witness to a crime if you penalise someone for their immigration status. Immigration checks when people come forward shouldn’t happen. The focus should  be on the needs of survivors, including listening more to people with lived experiences and asking what would work for them.”

Concerns by campaigners about a lack of compassion towards victims from those in power were borne out by a recent BBC Radio 4 interview with Andrew Mitchell, a British Conservative politician and chair of the UK Parliament’s All Party Parliamentary Group on Trafficked Britons in Syria. His comments showed the narrow vision which those in power can often display.

He described the 15 British families detained in the north-east of Syria, a group in which the majority of the adult women from British-Asian families had been forcibly transported to the country as children, as ‘a potential danger not only to those in the region but also to the wider world and to us in Britain on the streets of London and Birmingham’.

He acknowledged that the British government does not repatriate UK citizens who have been trafficked to Syria, and considerations around bringing any children back to Britain were, in the recent words of the Foreign Secretary, ‘subject to national security concerns’, due to the victims’ exposure to groups and ideologies that the government considers ‘extremist’.

Maya Foa, the executive director of the organisation Reprieve, which recently released a report on the women detained in Syria, responded with incredulity.

“The idea that girls who were trafficked aged 12 are now being viewed as major security risks just shows how far the government is from understanding the reality of the situation.

They need to be interrogating what happened from a human rights perspective as well as a security perspective,” she said.

There have been some high-profile interventions, such as Operation Fort, the joint initiative by the Christian charity Hope for Justice and the West Midlands Police in bringing about the prosecution in 2019 of eight members of a gang that enslaved and trafficked between 92 and 400 people. The victims had been lured to Britain from Poland by the promise of work and housing, but were deprived of food or water while being forced to work in recycling centres, farms and factories.

Groups like the Rome-based Catholic charity Talikathum, which was founded in 2009 by religious sisters from the International Union of Superiors General, provide shelter, education and legal assistance to female victims of trafficking in over 75 countries. Others such as Coatnet have brought together over 45 Christian groups from various denominations, including Anglican, Orthodox and Catholic, in 39 countries to campaign for an end to slavery and provide support for victims.

On a smaller scale, the Church of England launched an app last year, the Farm Work Welfare app, designed to help workers and employers in the agricultural sector become aware of workers’ rights and report any concerns about labour exploitation to the relevant authorities.

However, Kate Roberts said that efforts to bring perpetrators to justice have a long way to go, emphasising that, ‘prosecution rates are very low compared to the rate at which perpetrators are identified’.

Furthermore, focusing on convictions alone can risk losing sight of the need to prioritise support for  victims; the Modern Slavery Act, introduced in 2015 by former British Prime Minister Theresa May, was, many argue, too much about criminal justice rather than protecting people’s rights.

Individuals have their part to play. Modern slavery is sustained by networks that transcend borders, and campaigners have encouraged consumers to be discerning in their choices when buying clothing from major fashion brands, whose international supply chains often have links to abuse and exploitation. People can check if a company is a Living Wage employer or if they have a modern slavery statement, while the resources provided by the Good Shopping Guide and Labour Behind the Label provide information on which brands to support or avoid.

The Operation Fort case exposed how the gang at the centre had sent their victims to work for businesses that supplied goods to numerous retail chains including Asda, B&Q, Homebase, M&S, Sainsbury’s, Tesco, Aldi and Morrisons. A number of these have since joined the Slave-Free Alliance, which demands more transparency and accountability from its members.

Roberts insisted there has been too much complacency, from those in power as well as from individuals: “We need to see a lot more political will to bring this to an end. There is still too much of a sense that slavery is done. ”

Slavery and the trade in slaves may no longer be restricted purely to those with darker skin, and is no longer condoned by law. Yet a world where other people are in chains, both literal and figurative, is, alas, likely to be with us for a long time yet.