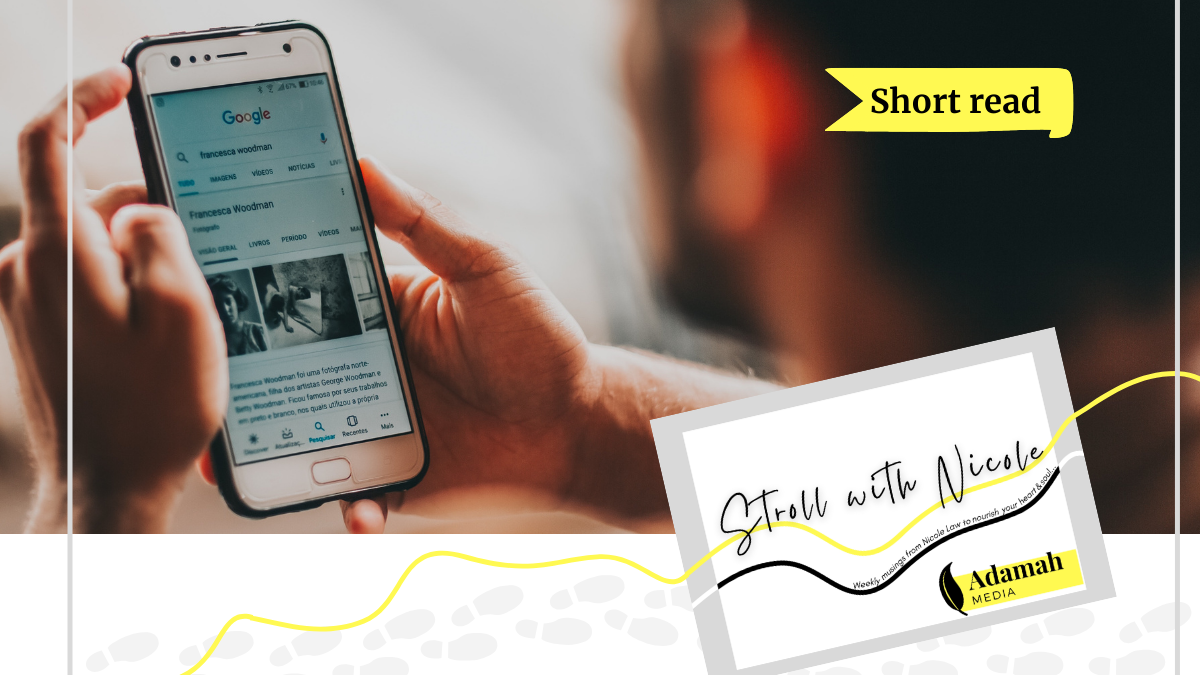 Nicole Law asks if it is ever right to ignore news of tragedy and war to preserve our serenity.

Recent news has been overwhelming for many. Natural disasters in Haiti, military takeovers in Afghanistan, the ongoing Covid emergency, oppression in Hong Kong and Myanmar, and more … I confess I cannot help but feel powerless as I consume media relating to the anguish suffered by people I do not know.

There is a temptation sometimes to numb ourselves to tragedy, to grow indifferent to pain. It might involve switching the channel when the news comes on again or changing the subject at dinner. Should we feel guilty about such ‘escapism’ from suffering? After all, our watching that news item is not going to improve the situation and there might even be a certain danger of voyeurism as we goggle at the misery of others, almost as if it were a movie.

In truth, there is nothing wrong with taking a mental break from the news itself – we often have little control over the turn of world events. Yet, for some of us, as we shut ourselves off from the world, we may begin to choose the path of selective ignorance, choosing to focus on our immediate needs and having little concern for the needs of others.

Most modern economies are fuelled by consumption and the focus on individual needs as an engine to create economic growth. Why do we need to care about the plight of people whom we do not know and in fact have no intrinsic connection with?

Therein lies the problem. We have grown numb and inwardly focussed.

The daily grind is simply a means to an end, that of greater economic freedom, of a higher socioeconomic status, of the achievement of an indicator.

Yet, upon reading a recent document published by Pope Francis, Fratelli Tutti (Brothers all), I am reminded that the needs of others are my needs too. The document itself was penned at a time of divisiveness, just a year ago when the pandemic struck. At that time, nations were isolated from one another due to the implications of the pandemic and there was mistrust festering between various groups of people.

Pope Francis highlighted the simple truth that everyone, every human person, should be considered our brother or sister, or more broadly, our neighbour.

I was struck by this statement. In a society where we tend to put constraints on our own perceived generosity and concern for others, this seemed like a radical idea. This would mean being concerned about the needs of the suffering in Afghanistan and Haiti. They were my neighbours too!

Although it might appear that we cannot assist them in a material way, their pain would – indeed should – also be felt by all of us.

Pope Francis has talked on various occasions of the danger of a despair which leads to indifference. We feel impotent to do anything and so simply turn away. In a 2016 meeting with leaders from some of the major world religions, for example, he spoke of the indifference ‘that paralyzes, rendering us lethargic and insensitive, a disease that eats away at the very heart of religious fervour, giving rise to a new and deeply sad paganism: the paganism of indifference’.

But perhaps there are small but important steps we can take. Simply suffering with others (the very word ‘compassion’ means that, suffering with) is already a positive action. There are spiritual bonds of union which reach over the seas and transcend all distances. The victims might not know it but our spiritual union with them can support them, especially, I believe, if supported by prayer.

“We experience this prayerful solidarity also here below, as we pray for one another and for our brothers and sisters who are poor, suffering and most in need”, said Pope Francis earlier this year.

I recall reading The Kite Runner by Afghan-American author Khaled Hosseni, a fictional story of a young boy, Amir, living through the rise of the military regime in Afghanistan. Though I had little knowledge of that martyred land’s geopolitical situation as a young student in my early teens, there was something deeply affecting and resonant about this book. I did not understand some of the cultural references nor the context, but I identified with and felt strongly for the main characters in the work. The powerful narrative drew me into the human struggle – a universal one not unlike our own.

Years later, as I read the sobering news from Kabul, I feel for the modern day, real-life Amir who is negotiating the uncertainty that has been wrought in such a short space of time. He lives through the instability and the brutality and my hope is that instead of averting our gaze from his pain, we learn to look squarely at him in the eyes and to acknowledge the tragedy that is unfolding in his life.

There is a quote from the book that I still recall to this day – “I wondered if that was how forgiveness budded; not with the fanfare of epiphany, but with pain gathering its things, packing up, and slipping away unannounced in the middle of the night.”

This time, let that pain not be unnoticed …