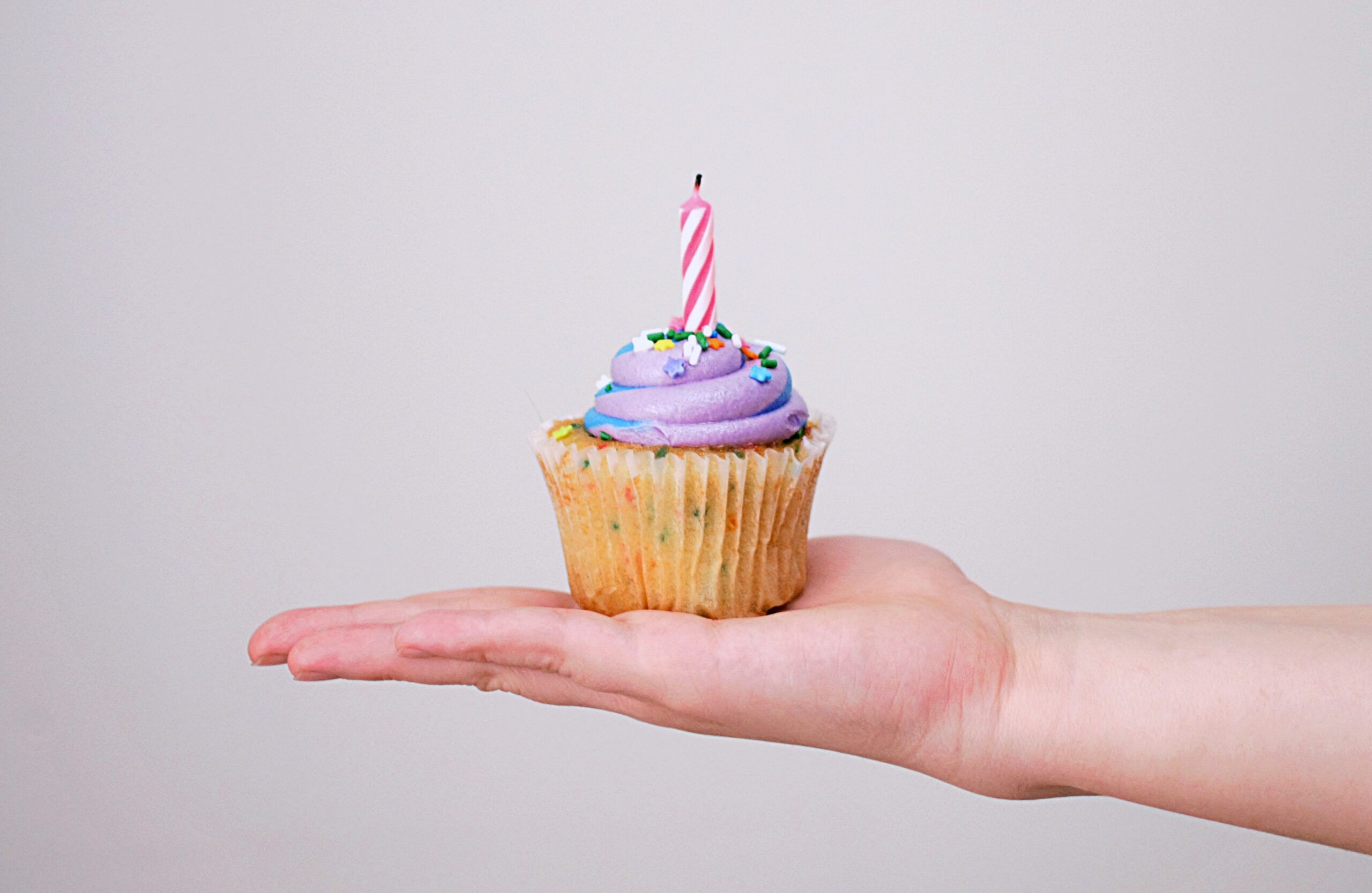 Balloons and bunting, candles and cake, parties and presents: it is birthday season in my house.

Growing up, every member of my family of four had a birthday which fell in June, July, or August. This was not without its disadvantages – trying to organise both birthday and Father’s Day presents within a matter of weeks for my notoriously difficult-to-buy-for dad wasn’t easy, and still isn’t.

Even worse, as children, my sister and I often found that our friends were unable to attend our birthday parties due to family holidays. However, perhaps because this is all I have ever known, I appear to have at least subconsciously wished to recreate this pattern of summer birthdays for my own family and I am now blessed with a husband and two daughters whose birthdays, like mine, occur in the summer months.

As I move into my mid-thirties, I don’t always wish to be reminded that I am getting older and as an adult celebrations tend to be more muted. However, birthdays are a celebration like no other.

In a world where the focus so often appears to be on endless self-improvement and continuous achievement, there is something special about being able to make a fuss of someone simply because they exist.

As a child, my favourite birthday tradition was my mum sitting on the edge of my bed the night before my birthday and telling me the story of the day I was born. Of course, by the time I was a teenager I knew this story by heart and could have easily told it to her rather than the other way around. However, there was something special about hearing her retell it year after year, perhaps allowing me in some small way to share in her joy at the miracle of my birth.

It made the anticipation of my birthday even more magical to hear about the small details which had stayed with her, including how the student midwife who was in the delivery room called me by name as soon as I was born, or how my dad was delighted that I appeared around midday so that he could have his lunch immediately afterwards.

Having grown up with this tradition, I always thought that it would be something that I would pass on to my own children. At not yet two, my younger daughter is still too little to appreciate this type of conversation, but I will, when the time comes, be happy to share with her my memories of her quick and relatively straightforward birth. I’m sure it would make her laugh to know that if my waters had broken 40 minutes later, it would have happened during Mass, or that her dad only arrived at the hospital 25 minutes before she was born after accidentally leaving his mobile phone in our upstairs bedroom and missing my increasingly urgent calls.

I could also tell her that I clearly remember the moment she was placed gently on my chest and that the euphoria I felt in that instant has never left me. By simply arriving in our lives, she has filled a gap in our family that we had not even realised was there.

I would love to share all of this with her and someday I will. But I will not be recreating my mum’s tradition of telling her this story every year before her birthday. It feels unfair to do so when the frightening circumstances of my older daughter’s birth prevent me from doing the same for her.

Indeed, so harrowing was my first birth that I have relived it many times. In fact, in those fuzzy first weeks of motherhood I relived it several times a day, knowing how close I had come to things ending very differently.

After a very straightforward pregnancy I reached and passed my due date without even a hint of imminent labour. Then one morning I woke up to find that my baby was not moving as much as normal. An anxious visit to our local maternity assessment unit assured that everything was fine, but I was scheduled for an induction since I had already reached full term.

Almost immediately on my admission to hospital everything started to go pear-shaped and it became clear that for unknown reasons my baby was in distress. After an increasingly anxious night things finally came to a head in the early hours of the morning when I was taken into the care of a consultant who began to talk about a caesarean section.

As I watched the monitor which was tracing my unborn baby’s heart drop from 160 right down to 50, the situation suddenly became an emergency. I was rushed to the operating theatre as the consultant explained that there wouldn’t be time for me to receive the usual spinal anaesthetic and that instead I would have to be put to sleep in order for my baby to be delivered safely.

Those seemingly endless minutes as I lay on the operating table, pleading for the anaesthetic to kick in so that the doctors could get my baby out as quickly as possible, were undoubtedly the most traumatic of my life. Knowing that the precious child inside me was in danger was simply the worst thing I could imagine.

My most coherent thought through the continuing labour pains, the bright lights and the anxious voices around me, was a silent plea for my baby to be saved even if it meant dying myself.

Without a second thought, I knew that I would happily give my life to save this child who I had never ‘met’, and whose name and sex I did not yet know.

The next thing I remember is waking up to the words, ‘Your baby is fine’.

Then, ‘It’s a girl!’ before being wheeled through to the recovery ward where a tiny baby, swaddled tightly in a hospital blanket, was lovingly cradled in the arms of my husband.

I had missed her birth. I had ‘slept’ through the golden hour marketed in parenting books as the ‘all important’ chance to bond with your new-born. I was not the first person to hold her, or, in all likelihood, even the second or third.

These things upset me greatly in the weeks and months that followed but, in that moment, as I held her for the first time, all I felt was relief, the most tremendous and overpowering relief I have ever experienced. Despite everything, we felt perfect together straight away. Nothing else mattered. She was here safely, and I was her mummy.

I will always wish that my first daughter’s arrival into the world had gone a little more to plan. Yet, having this experience at the very beginning of my journey into motherhood, has given me an insight into what maternal love, and indeed love in general, really is.

My older daughter’s birth deeply traumatised me. For a long time – at least a year – I thought every day of what might have happened and it hurt me deeply to hear of friends’ more straightforward births and consider that I had missed out on the precious first moments of my daughter’s life. Yet, I have found that each of my little girl’s birthdays has taken me further away from that memory.

Each of her birthdays marks another year’s worth of special days and ordinary days, of baking and walks in the park, of hearing her laughter as we dance around the living room, of seeing her take her little sister’s hand as they walk down the garden path together.

Her birthday has become less and less about remembering the day that she was born, and has instead become a chance to celebrate the beautiful little person she has become, and the joy she has brought to the lives of everyone around her. Not the trauma of how she came to be, or what I lost out on, but simply the marvel of what she is. Perhaps that is the best birthday tradition of all.

Birthdays do not celebrate our achievements. They are not earned or deserved. They are not even an excuse to console ourselves with cake as we turn yet another year older. Instead, birthdays are a rare chance to pause and rejoice in the existence of another person. What could be more beautiful than that?