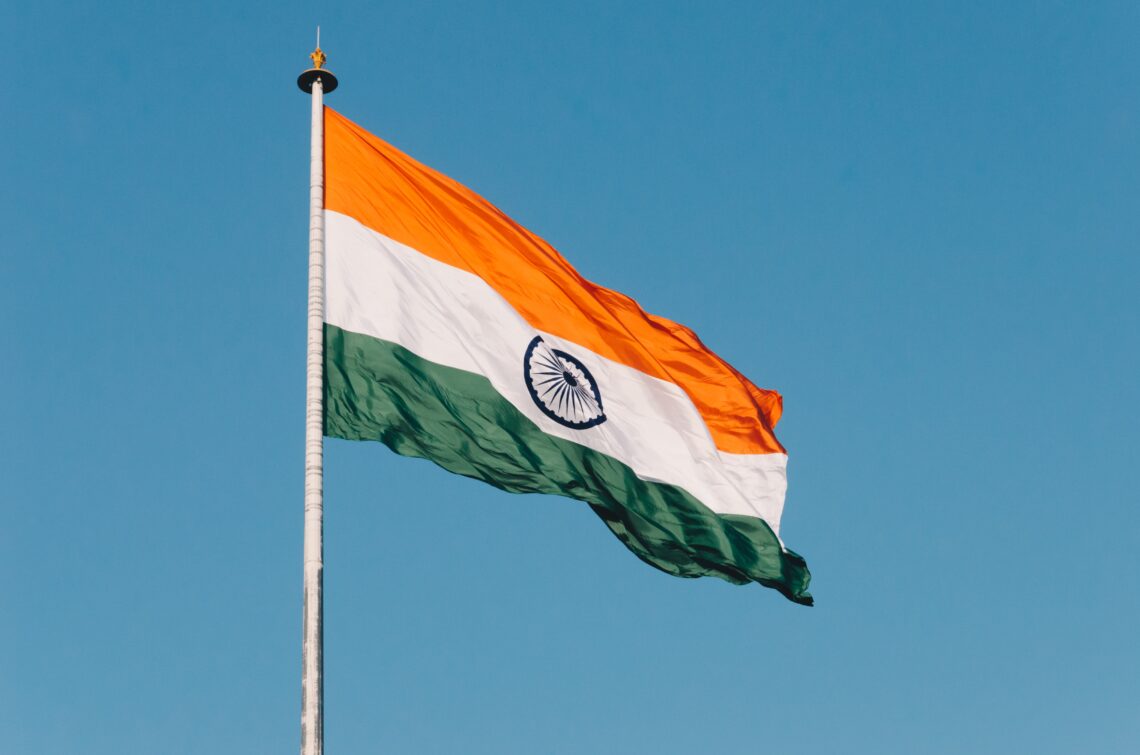 In August 1947 India gained independence after over 100 years under established British Rule (the British Raj), and many more subject to British influence. What had been British India became two states: India and Pakistan. What separated them was religion.

India was a Hindu-majority state and Pakistan was Muslim-majority. In this way, the birth of India – a nominally secular state – was religiously charged from the start.

In June 1948, my father was born to Sikh parents in the small Punjabi village of Randhawa. My father was the second youngest of six siblings, all of whom – barring two – were to move to the United Kingdom for a better life.

India’s rapid transformation from Jewel of the Empire to an independent industrial, economic and political giant is remarkable given that it’s happened within the span of a human life.

Since independence India has become a regular invitee to G7 summits, a member of the G20 and the world’s fifth-largest economy when measuring Gross Domestic Product (GDP).

Despite these achievements, India’s growth has not been smooth or steady; its benefits remain confined to urban elites despite 66% of India’s population living in rural areas.

Further changes came when, in 1971, Bangladesh declared independence from Pakistan and, in 1975, after a decade of economic stagnancy, Indian Prime Minister Indira Gandhi declared a national emergency resulting in mass forced sterilisation of India’s poor to limit population growth.

The period from independence has seen continued conflict between India and Pakistan, which continues to this day, particularly over the contested territory of Kashmir and Pakistan’s deepening economic and strategic alliance with India’s neighbouring rival, China.

Yet geography and economics are only two divisions amongst many which run through Indian society.

Although India’s constitution officially outlaws discrimination on the basis of caste, discrimination toward Dalits and Advasis (members of tribes indigenous to India) persists.

The continued growth of the Hindu nationalist Bharatiya Janata Party (BJP), which now rules the country under Prime Minister Narendra Modi, has served to intensify existing divisions between India’s major religious groups and exacerbated hostility toward Dalit and Adivasi communities.

Gender-based violence also persists –  a reality which sadly affects more women belonging to religious and caste minorities. Despite protests which erupted in 2012 after the brutal gang rape of Jyoti Singh, violence against women remains a problem, though some positive change has been achieved.

A 2021 survey of India’s religious make-up found Hindus constitute around 80% of the population, Muslims 14%, Christians 2%, Sikhs 1.7%, Buddhists 0.7%, Jains 0.4% and other groups around 0.9%. The same survey documenting religious attitudes suggests these groups, despite living side-by-side, feel they don’t have much in common with one another and avoid marrying and socialising across religious lines.

Although critics may attribute this self-imposed segregation to the Hindu nationalist (Hindutva) policies and culture created by Modi’s BJP, to do so alone would ignore the cultural, caste-based and religious fault-lines which have existed in India since before independence.

Disputes around the provenance of the Babri Masjid, for example, a mosque on a site believed by many Hindus to be the birthplace of  Lord Rama and which was demolished by Hindu nationalists in 1992, have been active since the early 20th century. Furthermore, celebrations of Indian independence generally obscure the horrific, religiously-motivated sectarian violence of the 1947 Partition, primarily between Hindus, Muslims and Sikhs.

Gender-based violence, again, particularly the abduction, rape and murder of religious minority women like Muslims and Sikhs, was also a sad reality of Partition.

Legislative discrimination against Muslims alone, in the 2019 Citizens Amendment Act, which prevents Muslims from claiming refugee status but makes provision for Sikhs, Buddhists and Jains to do so, proves treatment for minorities is not uniform.

Attacks on Indian Christians too have risen since 2014.

The defacing and destruction of minority religious buildings like churches, masjids and gurdwaras continue to be emblematic of Hindu India’s resistance to making room for other religions.

The idea that India was a Hindu nation was latent in its struggle for independence, despite India being a nominally secular republic. Mother India or Bharat Mata – India’s personification – was depicted as an upper-caste Hindu woman clad in a sari.

The concept of Bharat Mata was conceived of by India’s Bengali Hindu elite prior to her adoption by the mainstream. And though India’s struggle for independence was fought for by Dalits, Adivasis, Sikhs (through the Ghadar movement), Muslims, Buddhists, Jains and Christians alike, the contribution of upper-caste Hindu men like Gandhi, Bose and Nehru stands at the forefront of India’s collective memory.

Recent alternative approaches to history have attempted to rewrite the dominant narratives by highlighting the contributions of minority women to the independence movement, however these remain fringe interpretations for now.

Modi’s BJP movement draws on the theory of Hindutva scholar V D Sarvarkar who argues India is the land of the Hindus because it is the spiritual home of the Hindu religion. This claim conflicts with views of religious minorities like Sikhs who also consider parts of India their spiritual home.

The Punjab, informally the Sikh home state, contains the highest concentration of Sikhs in India and houses Harmandir Sahib (the Golden Temple). Attacks by both the British (the 1919 Jallianwala Bagh massacre) and Indira Gandhi’s government (1984 Operation Blue Star) on Harmandir Sahib earnt both a black mark in the psyche of Sikhs and provoked respective revenge attacks.

Indira Gandhi was assassinated by her Sikh bodyguard in 1984 and General Dyer, who gave orders to kill during Jallianwala Bagh, was assassinated in 1940. Both assassinations provoked retaliatory attacks by Hindus on Sikh populations in India resulting in additional bloodshed.

Sikhs’ uneasy relationship with the Indian State continues under Modi’s premiership, given their leading role in the 2020 Farmers Protests and resistance to being labelled a subsidiary branch of Hinduism by Hindu nationalists.

Though the future for India’s minorities – particularly Muslims – is far from bright, some progress has been made towards the inclusion of all.

Mayawati, a Dalit woman, was elected governor of Uttar Pradesh three times and in 2004 Manmohan Singh was elected India’s first and only Sikh Prime Minister. The new millennium has seen the creation of grass-roots organisations like the Gulabi Gang, a lower-caste women’s vigilante group whose aim is to protect all women from gender-based violence. The decriminalisation of same-sex partnerships in 2018 was also seen as a long-awaited step by LGBT+ people.

Yet these developments benefit some – but not all.

Like its economic growth, India’s social progress fails to bridge the multiple chasms which divide its 1.4 billion-strong population. Sadly despite the secularist dreams of its founders, differences in class, gender, religion, caste and provenance continue to dictate who holds power in India and who doesn’t. My hope is that the next 75 years bring progress for all – not just for some.

Rupen Gahir Kalsi was awarded third prize in Adamah Media's Young Writers Competition 2022. She is a Religious Studies Masters student at the University of Edinburgh, focusing on Indian religions (Sikhi, Hinduism & Buddhism) and politics. She is passionate about education on Indian religions because that's where her heritage lies, and because she believes many people do not understand about their cosmology and practices. She has previously written for outlets such as The Guardian, The Metro and Gal Dem.