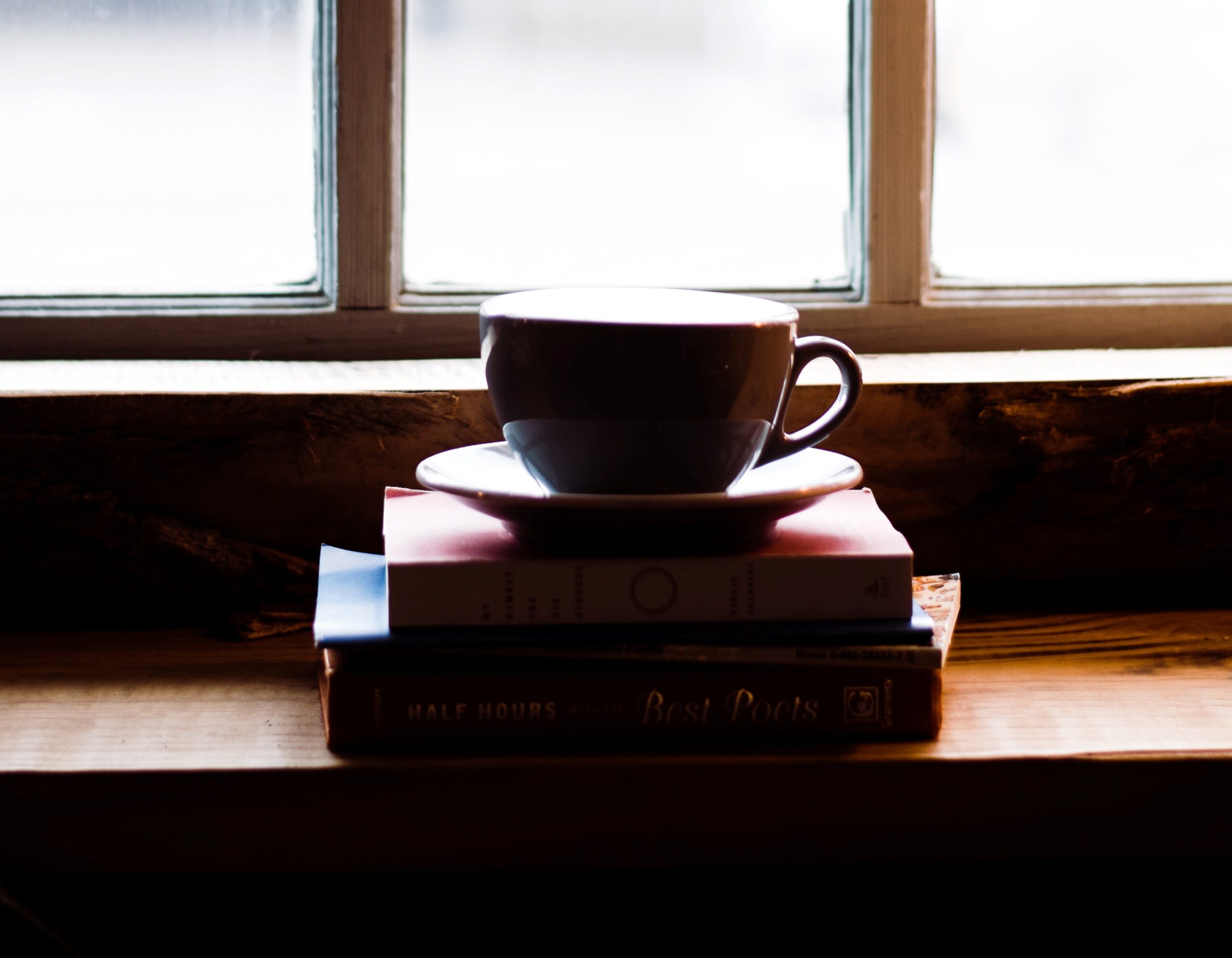 Three books take Prakarsh Singh into new dimensions of being.

Did you know that magpies recognise themselves in a mirror? Or that afternoons have been found to be strangely unproductive for great artists? Or even that time passes more slowly if you are running fast?

I didn’t … but a surf through some non-fiction offerings online opened up these and other quite amazing worlds to me. So here you go … Three reads for the curious soul –

The Genius of Birds

The Order of Time.

The Genius of Birds by Jennifer Ackerman

I came across The Genius of Birds by Jennifer Ackerman as a recommendation on Amazon after completing The Feather Thief (which I have written about in an earlier Adamah article). Being a budding backyard ornithologist myself, I was keen to read more about these chirping planet-mates of ours, who accompany us wherever we go and to whom, generally, we pay such little attention.

The book is encyclopedic in its compilation of the latest research on birds and their social, cognitive, spatial and “twittering” behaviour. It starts off tracing the evolutionary journey of a bird from its dinosaur origins and then describes how parenting plays such an important role in transforming a fledgling into an adult. Most intelligent animals have long childhoods.

We learn about the tools which birds (primarily New Caledonian crows) invent and use. Two features stood out for me: a specialised visual system and a straight, conical bill which allows for a high level of tool control. This tool-making ability goes hand-in-hand with a higher number of glial cells in the brain which are linked to learning and neural plasticity.

“The crows travel with their tools, suggesting they value them; they know a good tool when they see one and keep it for re-use.”

Ackerman discusses how being part of social groups leads to the development of intelligence in birds. Magpies, as mentioned above, recognize their own image in a mirror. African grey parrots pair up to solve physical puzzles. Jays hide their food when other birds are not looking and can also pilfer from other birds.

As with humans, so with birds, deception and manipulation are part and parcel of living in complex groups and their relationships can include both long-term monogamy and short-term love affairs.

The author describes how birds learn songs in a similar way to how people learn speech, with both groups having windows of learning when the brain is most easily wired.

Females of many songbird species prefer to mate with males which sing faster or longer or boast a more complex song. Songbirds also have regional dialects that are passed on from generation to generation.

Nest-making is another skill that is attractive to female birds (the ornate nests of Male Bowerbirds take several days to make and they try to collect blue trinkets to impress the female!)

Birds are also excellent navigators. Pigeons have an amazing sense of direction, perhaps because they have magnetic sensors near their eyes or upper beak (the so-called Cluster N). They can retrace their paths even if they are taken thousands of miles away from their home while blindfolded. Armed with an internal compass and a stopwatch, nutcrackers know which of their nuts are hidden (and where!) months after they have stashed their food. They visit and consume these stashes in the order in which the hidden food would go bad.

Overall, I really enjoyed reading The Genius of Birds and learnt a great deal about the inner lives of these intelligent creatures who speak their own language, make their own tools, have intricate social, parenting and sexual relations as well as a marvellous sense of direction and timing.

The second book I read was Daily Rituals: How Artists Work by Mason Curry. This was a light read on how famous artists, authors and philosophers kept daily rituals. The book is organised with each of the 161 artists getting two or three pages. While there is nothing common to all artists (some plan their day while others don’t), one can discern interesting patterns.

A two to three hour period of daily undisturbed deep work is needed for most artists to produce their masterpieces. These hours usually happen to be between nine am and 12 noon.

How much do artists rely on external stimulants? Certainly, many artists resorted to drugs to enhance their productivity (like Ayn Rand who used Benzedrine), while, less controversially, black coffee does seem to come in handy rather often.

Where did they create? Maya Angelou wrote from a rented hotel room to get out of her home. Morning walks or exercises are part of many rituals. P.G. Wodehouse and Le Corbusier did Calisthenic exercises.

And when? Thomas Hobbes meditated when he walked after he woke up at seven am.  However, Tchaikovsky read Schopenhauer or Spinoza in the mornings. Afternoons are generally unproductive for these great artists.

Swimming (Oliver Sacks), baths (Woody Allen), or just a change of scenery are sometimes important for spurring creativity. Buckminster Fuller kept a sleep cycle of 30 minutes after every six hours of work. Kosinski slept for four hours after every four hours of work in the morning. Not all believed in a “productivity” regime. Descartes famously lingered in bed until 11am. According to him, idleness was essential to good mental work.

Victor Hugo kept a small notebook for taking notes. Leo Tolstoy and Stephen King emphasise the importance of  rules for writing. For example, King writes a minimum of 2000 words a day. Many other authors have a daily target of 1000-1500 words. “I must write each day without fail, not so much for the success of the work, as in order not to get out of my routine,” said Leo Tolstoy.

Many artists had other passions they followed apart from their main body of work. Vladimir Nabokov composed chess problems and pursued butterflies on Alpine slopes. The one attribute common to these artists was their great intellectual energy. While you may not become a great artist after reading this book, why not give it a go and find your own creative “ritual”?

I’ll start with the black coffee…

The Order of Time by Carlo Rovelli

The coffee kept me awake long enough to explore the third book I recommend, The Order of Time by Carlo Rovelli. Rovelli is an Italian theoretical physicist who has done path-breaking work on quantum theory.

This book is one of the deepest meditations on time you will ever read. Rovelli convincingly argues that the difference between the past and the future refers only to our own blurred vision of the world. There is just one equation in the entire book, which shows that the entropy (randomness) of our system is always increasing.

It’s this entropy increase which leads to the past being associated with a state of low entropy and the present with higher entropy. The only clue to the “future” is that randomness must be higher in our universe. The thermal energy produced with the higher entropy is irreversible.

First off, the book presents the two popular but contrasting philosophies of time – those of Aristotle and of Newton – before explaining Einstein’s corrective of them.

While Aristotle argues that time is only a way of measuring change, Newton believed in absolute time that exists by itself, independently of things (time was absolute, true and mathematical). Rovelli shows how Einstein proved both Aristotle and Newton wrong through his theory of spacetime being defined by the gravitational field. However, Rovelli shows that even Einstein was only partially correct. The basis of this gravitational field is also quantum mechanics.

Rovelli breaks down the quantum mechanics behind how microparticles (“quanta”) produce either speed or position through interaction but the order in which they get determined matters (principle of non-commutativity). This non-commutative nature within thermal reactions produces the concept of time when we see the reactions from far away.

When humans observe from afar, they see a blurred effect but this blurring is not of time but of the interactions between microparticles. Just like a mountain is clearer from a distance even though we don’t observe the individual stones, so “time” or the interaction of microparticles is felt through the blurring/distancing, even though the interactions themselves are not perceived by our senses. Time flows from our ignorance. If we could go and observe or predict perfectly how the quanta are interacting, there would be no concept of time.

Moreover, time is localised. “Our ‘present’ does not extend throughout the universe. It is like a bubble around us… Between this past and future there is an interval that is neither past nor future and still has a duration: 15 minutes of Mars, eight years on proxima b; millions of years in the Andromeda galaxy.”

The last part of the book is more theoretical as it has not yet been proved. This part argues that we are living in a special universe where entropy is always increasing. This may not always happen and may not always happen in all universes. For example, at the edge of black holes, time can go back if entropy decreases.

Time in one part of the universe cannot be compared to the time in another part. Even though time passes more slowly if you are close to a massive object or if you are running fast, these effects are not noticeable to humans who cannot run at the speed of light.

And while time is inherent to our identity (as it leaves behind traces and history of the low-entropy states in our minds), it is not needed in any of the fundamental equations in physics and as such, is simply a convenience tool for us humans to identify with and measure. Aristotle may not have been far from the ultimate truth after all.

While a couple of chapters are difficult to understand for someone without a PhD in Quantum Physics, overall Carlo Rovelli has produced an enriching, engrossing and thought-provoking masterpiece. If William Blake saw the world in a grain of sand, Rovelli sees multiple universes in microscopic quanta and his poetic charm combined with scientific passion made me fall in love with the illusion of time by losing track of it.