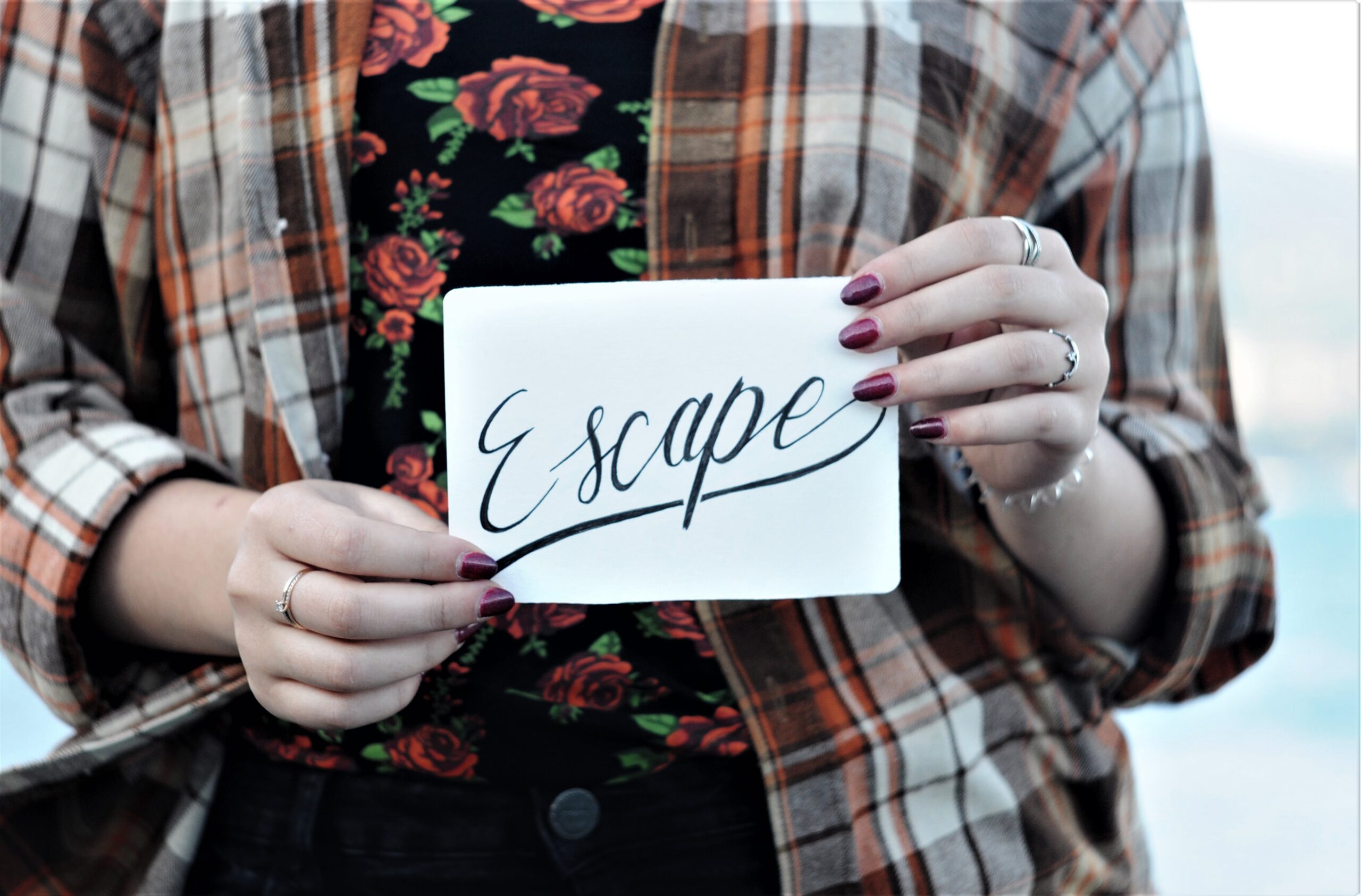 Hajra Rehman says it’s time to be brave enough to listen to those who think differently to ourselves and escape the comforts of our echo chamber.

It’s ironic that so many of the rifts we experience in social life, online and in public discourse, arise from the need to feel protected, reassured, ‘part of the team’.  This flight to safety in numbers is a natural instinct, but risks paralysing human engagement at all levels.

One of the greatest contributors to political and racial polarisation, the fissures and schisms between human communities, is the alarming increase of echo chambers, based on the subconscious acceptance of the ideology of tribalism.

Of course there are benefits in being a member of a tribe: solidarity, reassurance and commonality are all feelings which run deep in human beings. These have often proved to be beneficial; by working towards a common goal and surrounding oneself with like-minded people, humans thrive – whether it be through success in a public project  or harmony in one’s personal life.

What becomes dangerous, however, is when this commonality of one group turns into homophily (new word for the day – the tendency for people to seek out or be attracted to those who are similar to themselves!); homophily leads to an intolerance by those who belong to a group towards those perceived to be outside of it, and this tendency has been dangerously exacerbated by the internet.

The early days of the internet were times of idealistic hope; the web seemed to be a virtual land which broadened the horizons of the mind, where any individual could freely exchange new ideas and contemplate other points of view.

As the internet became more and more sophisticated, those who previously could not easily access a platform could now do so online. However, there were warnings that, if misused, the internet could turn into a Frankenstein-like tool which would do more harm than good.

For example, in 1996 MIT researchers Marshall Van Alstyne and Erik Brynjolfsson warned of Cyberbalkanization: “Individuals empowered to screen out material that does not conform to their existing preferences may form virtual cliques, insulate themselves from opposing points of view, and reinforce their biases.” They also stated that ‘the loss of shared experiences and values may be harmful to the structure of democratic societies as well as decentralized organizations’.

The greatest echo chamber of all is our social media feed – an echo chamber of our own opinion. An estimated 61% of millennials garner news primarily through social media. But this news is filtered through algorithms which curate our feeds. Each human being believes, at least at that moment, that they are correct. Hence by seeking a confirmation bias our beliefs and opinions are validated.

The concern, however, is that some opinions prove to be detrimental to the collective well-being of society. For example, climate change denial is strongly linked to political belief. Yet despite the overwhelming evidence for climate change, the proliferation of outlets publishing claims attempting to counter the fact-backed consensus means those who are deniers have no shortage of media sources to validate their view.

In other words, the internet (and social media in particular) has facilitated the rise of fake news. Untethered from traditional journalistic ethics and checks, some outlets are based solely on the objective of telling their audience precisely what they want to hear. And social media allows the rapid growth and spread of false information – one clamant example is the Pizzagate conspiracy theory.

Part of the problem is the vested interest the tech giants have in rewarding us with what we like to see. Everything from our Google searches to our Facebook news feeds are tailored to keep us engaged and generate profit.

The echo chamber may be comforting, but ultimately it locks us into perpetual tribalism and does lasting damage to our understanding of reality.

To counteract this, we need to become more discerning at analysing our sources – something we are currently poor at doing.

The paper “Birds of a Feather: Homophily in Social Networks” written by the University of Arizona sociologist Miller McPherson discusses the concept of homophily – people’s natural affinity to gravitate to other people who are like themselves. McPherson notes that ‘homophily limits people’s social worlds in a way that has powerful implications for the information they receive, the attitudes they form, and the interactions they experience. You’ll likely develop surface-level stereotypes about certain groups instead of viewing people as complex, multi-faceted individuals with varying beliefs, values, and goals’.

He goes on: “If people avoid others who are different from them … they often default to what is known as ‘social categorization theory,’ which indicates that when people don’t have enough first-hand experience or friendships with people across racial groups, they resort to generalisations and stereotypes.”

Growing up in the Middle East I found myself in a goldfish bowl community which consisted of individuals of the same religion, skin colour and class status. With heavily censored media, I had limited access to diverse news outlets and information from which I could form my own opinions.

Prior to coming to university, I felt trepidation – in many ways I was conditioned to the idea that the West was somehow hostile to people from ethnic minorities. The sense was that institutions would be Islamophobic, hijab-wearing women would face abuse, and that if I told people I was Muslim I would be alienated.

I found, however, that in the melting pot of my university classes and societies, the reality was the complete opposite. In fact, I found more aspects of true Islam in the West than I did in the East. I found myself connecting with people I never thought I would encounter, thereby enriching my knowledge and educating myself about cultures through first-hand human accounts.

Perhaps the most important realisation was that by interacting with others, I could still retain my culture, be part of my tribe, but also be part of more than a single isolated group.

Another way out of the echo chamber for me was by learning foreign languages. Those who grow up with English as their first language often have less interest in learning other tongues – the teaching of foreign languages is not given the same priority in the UK as it is in mainland Europe, for example.

By studying and eventually becoming a fluent speaker in other languages, I became a member of the ‘tribe’ of those speakers – I could speak in their tongue, knew the quirks of their idioms and thus felt ‘part’ of something new and enriching. When studying a language, one does not simply acquire a tool of communication, one breaks down barriers in the mind, confronting biases and thereby achieving a more balanced world view – something which is needed more than ever in this era of polarisation.

But breaking out of the echo chamber is not only good for individuals, it’s good for business too! A recent study has shown that diversity increases productivity in the workplace. There is intrinsic value in hiring people from different backgrounds – everyone sees the world differently. A diverse workforce offers new ideas, fresh perspectives, and a boost in creativity.

There is a saying that a company is only as good as their employees – thus a great deal of thought should be devoted to hiring the most talented individuals. By seeking a diverse workforce, employers are widening access to a greater range of experiences and insights and thereby improving the odds of getting the best people for their business.

But setting aside the macro arguments, let’s be frank: sharing the culture of  others outside your bubble can be one of the most rewarding experiences in life. Because once the initial barrier of difference is broken, you learn that you have more in common than you imagined…

To find common ground with someone from a different tribe invokes a sense of empathy with that person and a growth in solidarity with our fellow human beings. Empathy turns into compassion, and compassion (to ‘suffer with’, as the original Latin would have it) is the highest and greatest form of love a human can experience.

As the great American poet Walt Whitman wrote in 1855, “I celebrate myself and sing myself, and what I assume you shall assume, for every atom belonging to me as good belongs to you”.

I find an odd sense of comfort in this statement. To me it has always meant that the individual human heart and mind can respect, love and celebrate the entire universe and feel unity with humanity in its entirety. But first … we must escape that echo chamber.