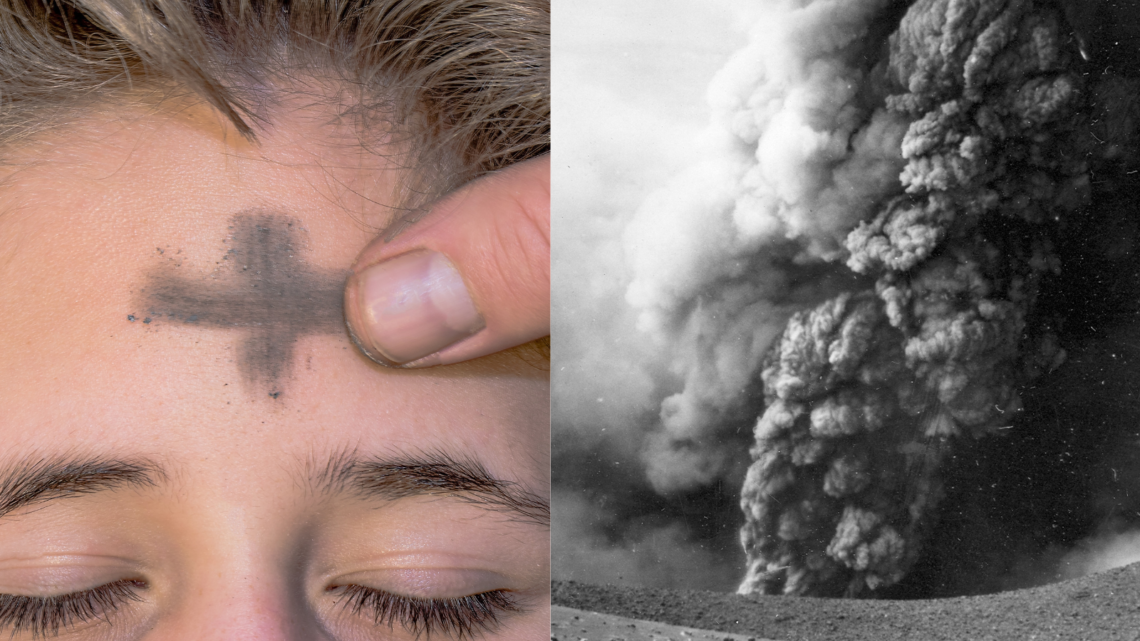 In the week when Christians throughout the world received ashes to start Lent, Ronnie Convery thinks of the rubble and ashes of Ukraine’s demolished cities.

Lent started last week for western Christianity … But you could be forgiven for not noticing much reference to it in the media as the ashes Christians sprinkled on their head seemed somehow less relevant than the ashes to which homes and public buildings were reduced in the martyred cities of Ukraine.

Yet the ancient message of the penitential season has a powerful resonance in these dark days of the late winter war that is scourging eastern Europe.

It is of course a source of scandal that the country perpetrating unwarranted and indefensible violence on Ukraine is itself nominally Christian. I confess I find the sight of President Putin blessing himself with Orthodox piety particularly distressing, especially when it is juxtaposed with images of children crying desperately as they are separated from their parents to be taken to safety away from the missiles and bombs disfiguring Kyiv or Odessa.

Religion is not the principal justification for Putin’s war, but it has been used by him to offer a fig leaf of respectability to his brutal regime.

Yet religion is present in the battle-scarred streets also in its purest form … I think of the cold, tired, frightened volunteers from the Christian charity Caritas Ukraine working through almost unimaginable levels of stress to assist the poor, the bewildered elderly and the traumatised young families to escape the violence. Caritas Ukraine is supporting people displaced by the conflict inside the country, while sister agencies Caritas Poland, Caritas Moldova and Caritas Romania are supporting refugees who have managed to find safety in neighbouring countries.

But what has all this got to do with Lent?

Perhaps the answer can be found in the traditional pillars of the season – prayer, fasting and almsgiving.

Prayer – whatever the theological definition – is essentially an act of acknowledgement of one’s dependence and inter-dependence. It is a recognition that we are not all powerful, all-knowing or all-perfect…

Fasting is essentially an act of moderation – of choosing not to do something which may give us a kick, but which might be better to forego for our own or others’ good.

Almsgiving is a choice of altruism – an act of respect for other human beings’ dignity which looks beyond the rags of poverty or difference to show respect and solidarity.

If the Kremlin generals and their political overlords had a shred of real Christianity, they will reflect on these considerations in these days – the Orthodox ‘Great Lent’ begins on March 7 this year – and, who knows , allow a chink of spiritual illumination to penetrate the armour of their pride and lust for power.

This week’s offerings from Adamah are a powerful antidote to the poison clouds of hatred which are swirling overhead.