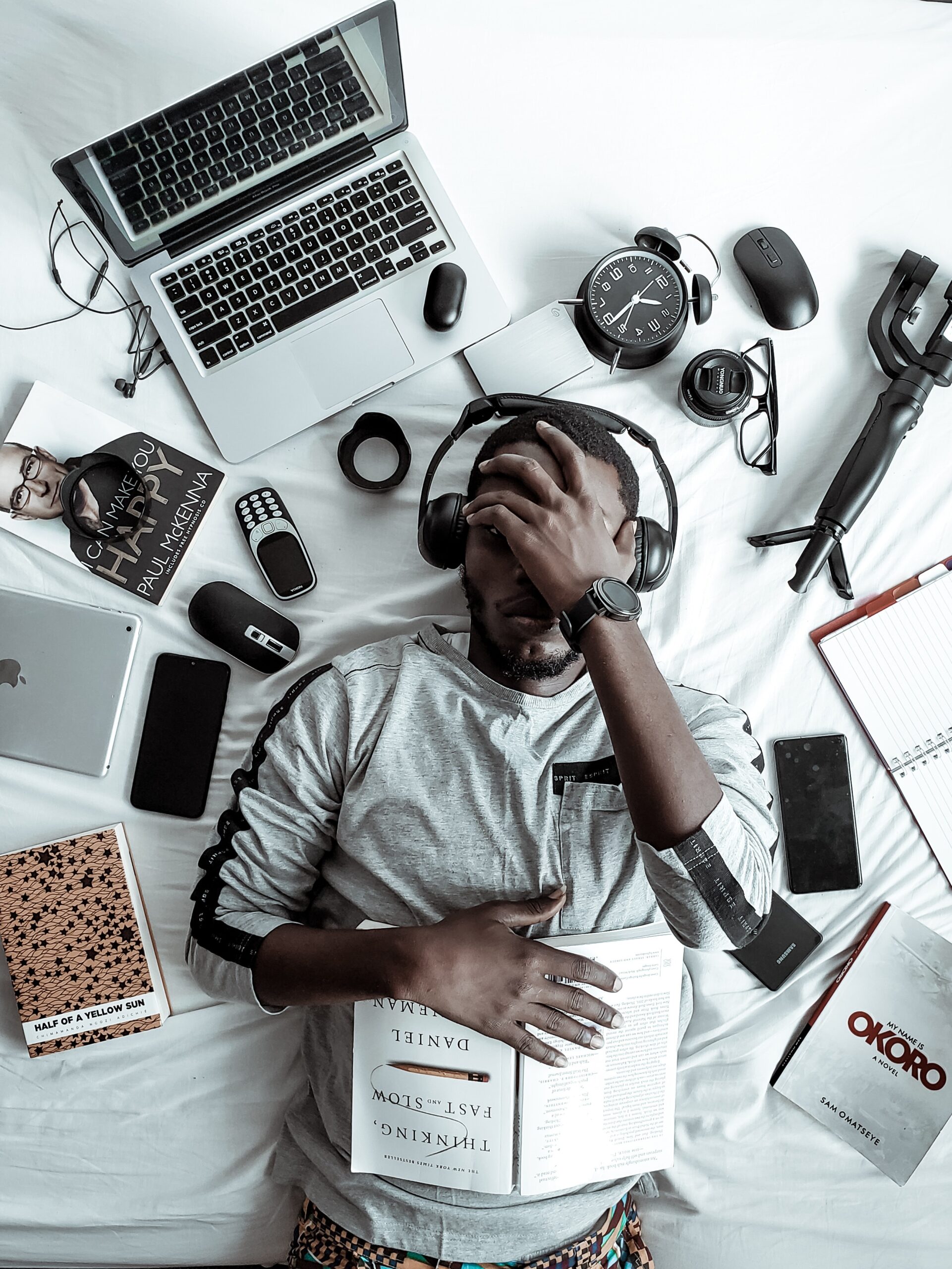 Is the increased presence of digital technology in our lives killing or enhancing our creativity? asks Tascha Von Uexkull.

Has anyone else noticed how ironic it is that the recent trend for engaging with tactile crafts has been precipitated by online communities? Take the popularity of sewing, sparked by an online community of Instagram sewers, or the craze for crochet with over 33 million posts on Instagram tagged #crochet. This begs the question: are the digital and creative worlds at odds with one another, or is there potential for the two to work in tandem?

The digital world is a good term to use, for it certainly is global, and this is undoubtedly a great advantage of virtual events. I recently attended a webinar about creative collaboration and was struck by the international range of the audiences in attendance, tuning in from all parts of the world.

Similarly, choosing which art collections to visit was once dictated by your locality, budget and timetable, but now the innovation of virtual museum tours, made infinitely easier by the Google Arts and Culture platform, has opened up a vast array of cultural institutions to a worldwide audience, as an earlier Adamah article has outlined.

In April 2020, the National Gallery in London recorded a 506% increase in visits to its virtual tour page compared to the period before the city’s lockdown.

It seems plausible that this increased accessibility to the arts should be enhancing our creativity, but I wonder if this vast world of digital possibility can also be a hindrance to our own creative productivity.

The digital world’s scope is both inspiring and frightening. Social media in particular creates the sensation that the more content we consume the more content it will provide, and this can, ironically, be a barrier to creative pursuits.

If we consider creativity in terms of entering the creative ‘flow’ state, a term coined by psychologist Mihaly Csikszentmihalyi, it becomes difficult to reconcile creativity with social media.

There is a contradiction between the creative flow state’s emphasis on ‘complete concentration on the task’ and the behaviours associated with social media usage; namely, flitting between your phone screen and the creative task, and being constantly distracted by new notifications.

It doesn’t help that the internet uses algorithms to personalise the content we see, so that there is an illusion of consistency between different digital platforms, making our transitions from one to the next feel fluid.

Targeted advertising makes us feel recognised, our tastes and sense of individuality confirmed, even as we engage in addictive, mass-consumed content.

Exploring ideas of digital overload and creativity, I interviewed members of my youth collective Assemblage, a network of young creatives aged 18-26, the age group that is the biggest user of social media platform Instagram.

As student photographer Charlotte Dobson stated, the sheer amount of inspiration digital media offers is an incredible resource but ‘can leave me feeling quite overwhelmed’.

Journalism student Josie Eldridge conversely felt that she had ‘more time than before to really examine my social media use and curate the kind of feed I actually want to read’, thus avoiding the danger of falling into digital overload by critiquing her own engagement with technology.

However, it is clear that social media doesn’t only extend its users’ universe of inspiration but also redefines their concept of creative success.

As Charlotte noted: “Sometimes it feels like you can’t achieve something amazing that you’ve seen on social media.” And herein lies a danger.

It’s clear that successful creatives on Instagram don’t share their failed attempts, the hours spent not managing to master a craft, or the time that goes into curating their creative content.

Instead, what we see as we scroll, and what we unconsciously pit ourselves against, is the perfected finished product.

This latter point is an interesting one. The trend for Instagram time lapse videos and reels to communicate creative tutorials reveals a concerning desire for complex creative tasks to be completed with desirable but unrealistic speed and ease.

For the uninitiated, a time lapse video involves capturing many photos of a scene over a period of time, which are then assembled to create a speeded-up video. A reel, on the other hand, is a short-form video of 15 seconds or less, which is Facebook’s answer to the increasingly popular social media platform TikTok.

Creativity used to be about slowing down, but now it seems we expect even the slow but rewarding work of creation to blend into our rapid pace of life.

Not only do we expect our creative tutorials to be sped up, but we also apply this expectation to the success of the creators themselves, in what illustrator Samantha Mash has referred to as the ‘youth ‘race to success’ culture’.

The fetishisation of youth within the creative industries is painfully apparent if you’re trying to navigate a career in these areas.

Recently, this has manifested itself in the publishing world, with Sally Rooney becoming the youngest author to win the Costa Book Prize and Daisy Johnson the youngest person to be shortlisted for the Man Booker prize, both aged 27.

It has apparently become far easier to publicise the success of a trendy millennial than a middle-aged author releasing his or her first novel.

In the visual arts world, there is a similar tension, with social media fuelling the trend for instant recognition, forcing each young emerging artist to compete unconsciously against their peers whenever they post a new artwork online.

This is not a happy development when one considers the large number of famous artists who found success later in life, arguably benefitting from the life experience and skill acquired over time.

In a world where our everyday lives are so visible via digital worlds, I think it’s easy to forget that an artist like Carmen Herrera (who was 89 when she sold her first artwork) had been producing art her whole life up to that point.

Without the drive of social recognition or commercial success, Herrera was motivated by something less fleeting: ‘my love of the straight line’.

It would be unfair to state that technology kills creativity. There’s no doubt that digital developments have provided enormous opportunities for creative inspiration and connection, rendering a visit to the world’s great masterpieces easy and making art far more democratic and accessible.

But I do worry that social media’s attention-driven business model will continue to dilute creativity’s inherent value if we allow the need for instant social validation to override our motivation for creating art in the first place.