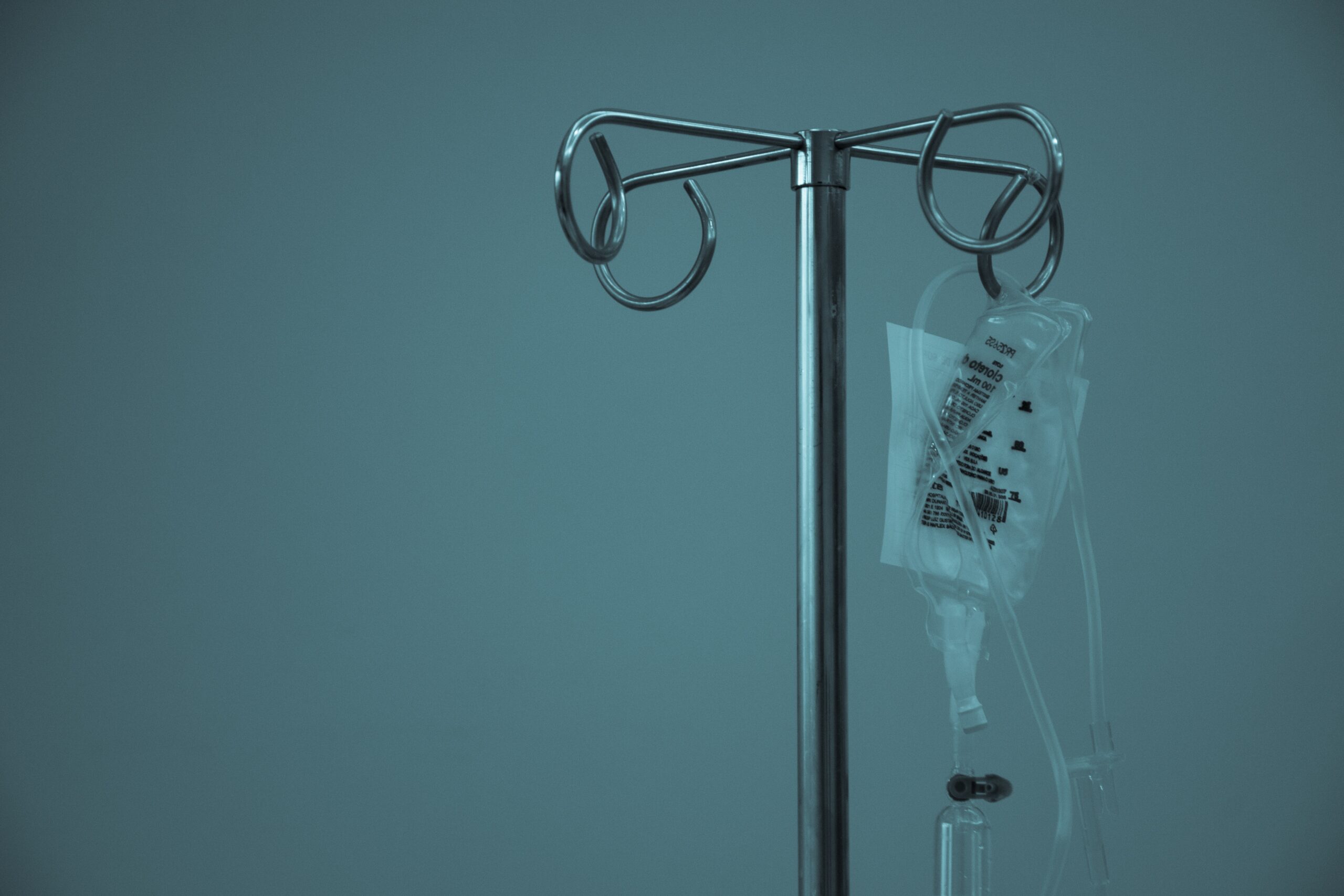 A recent court case concerning the withdrawal of nutrition and hydration from a young Polish man in an English hospital, leading to his death, is a perfect example of such dilemmas. The case concerns RS, a man who suffered a heart attack on 6 November 2020, and, at the time of the initial judgement on 15 December, was still in a coma. The court declared that it was ‘in RS’s best interests not to receive life-sustaining treatment, including artificial ventilation, nutrition and fluids. The result is that RS will die within a few weeks’.

Since no one can live for a few weeks without breathing, this statement already anticipated that RS might recover the ability to breathe spontaneously after the withdrawal of artificial ventilation. On the return to the Court of Protection there was no more reference to ventilation but only to nutrition and hydration as examples of life sustaining treatment that it was ‘not in RS’s best interests’ to receive.

In contrast, the court heard, if clinically assisted nutrition and hydration were provided, then RS might live ‘for five years or longer’ though, at best, in a ‘minimally conscious’ state.

What is unusual in this case, is that RS is described as a committed practising Catholic who had ‘expressed his disagreement with a widely reported case in England where the decision was to terminate medical treatment for a very small child born with serious abnormalities. He was religiously conservative, opposed to abortion, even for an unborn child likely to be medically compromised, and was opposed to euthanasia’.

Despite these well-attested views, which were accepted as accurate, the Court declared food and fluids not to be in the best interests of RS because he had previously stated that ‘he never wanted to be a burden if he was seriously ill’ and, in the view of his wife, ‘he would not want his children to see him in his current condition’.

She also confirmed that he had said that, ‘every life is precious and that you must hold onto life, and also that if anything happened to him, he would want all steps to be taken to save him but that if he was beyond saving he did not want to be kept alive’.

The apparent contradiction in the man’s views is in fact not so contradictory at all. Indeed he was expressing the mainstream teaching of the Catholic Church in his choices – namely that food and fluids should be considered an ordinary human right, not a medicine, and that they should be given as part of normal nursing care, and, while he should not be euthanised, neither should extraordinary lengths be gone to which would be unduly burdensome and without hope of betterment just to prolong his life.

The first thing to note is that the shock of these events must have been very distressing to RS’s wife and family. This distress must be acknowledged. It may, however, lead to undue weight being given to certain kinds of statements – such as those about being a burden – over other statements.

These statements therefore should not be taken to license the deprivation of food and water from someone in a coma or a minimally conscious state.

In particular, someone who is strongly committed to the teaching of the Catholic Church may make these or similar statements and yet regard food and water, however provided, as part of basic care rather than a medical treatment.

In this regard it should be noted that while the predominant (though not universal) medical opinion in the United Kingdom is that there is no distinction between clinically assisted nutrition and hydration on the one hand, and medical treatment on the other, medical opinion is less relevant to the question for the Court than the opinion of patients.

Many patients, and especially patients who are committed members of a faith community, regard clinically assisted nutrition and hydration as a human right, not as medical treatment. From a Christian perspective, to provide food and drink to those who are hungry and thirsty is a corporal work of mercy!

Surely there is merit in recognising the basic principle that patients should not be abandoned to die from lack of nutrition or hydration, however that is best provided? Certainly, there may be extreme cases where neither oral nor clinically assisted nutrition or hydration are effective in addressing patient needs or where they are no longer required, as the patient is very close to natural death.

However, if, as in the recent UK court case involving the Polish patient, the means of addressing the need for nutrition and hydration are effective and well tolerated and if the person is expected to live ‘for five years or longer’ as the court was told, then to deprive the person of food and water is unethical.

It is no more or less than to starve or dehydrate the person to death.

The status of nutrition and hydration in Catholic thought was strongly presented by Pope John Paul II in 2004 in the context of a patient who is not conscious:

“I should like particularly, to underline how the administration of water and food, even when provided by artificial means, always represents a natural means of preserving life, not a medical act.”

“Its use, furthermore, should be considered, in principle, ordinary and proportionate, and as such morally obligatory, insofar as and until it is seen to have attained its proper finality, which in the present case consists in providing nourishment to the patient and alleviation of his suffering.”

And the late Pope continued: “The obligation to provide ‘the normal care due to the sick’ in such cases includes, in fact, the use of nutrition and hydration.”

When, as in the RS case, a Catholic is known to uphold the Church’s teaching on pro-life issues and is not known to dissent from the Church’s teaching on these issues, then this should guide the interpretation of the person’s previous statements. In this context, rejection of being ‘kept alive’ when ‘beyond saving’ most naturally refers to rejection of intensive medical treatment and ventilation where there is no hope of recovery, not to rejection of nutrition and hydration where they are effective in sustaining life.

The Court of Appeal noted that expert opinion on the view of the Catholic Church was not thought appropriate in this case. This is regrettable. Had such evidence been presented it might have helped the interpretation of the remarks made. It seems that all the judges in the case took for granted that statements about sustaining life referred equally and without distinction to medical treatment and to food and fluids.

Rejection of life sustaining treatment by a patient should not be presumed to include clinically assisted nutrition and hydration unless explicitly stated. The law was already distorted by the Bland case in the UK which allowed clinically assisted nutrition and hydration to be withdrawn for (what some of the Law Lords regarded as) the purpose of ending life.

The grave danger of this judgement is that committed Catholics and those who hold a similar view about the human significance of food and drink may be starved and dehydrated to death against their will.

A final point, and perhaps the most concerning element of all in this judgement, is that the Court took statements about not wishing to be ‘a burden’ to others as a valid reason to deprive the person of life-sustaining treatment or care.

This conception of feeling oneself a burden needs to be challenged. The idea that those who receive treatment, care or sustenance are a burden on those who provide it is deeply insidious, though regrettably common.

The oppressive effect of this idea on disabled people is illustrated by a story related by the Australian bioethicist Nicholas Tonti-Filippini: “For several years, until I objected, I received from my health insurer a letter that tells me how much it costs the fund to maintain my health care. I dreaded receiving that letter and the psychological reasoning that would seem to have motivated it. Each year I was reminded how much of a burden I am to my community. The fear of being a burden is a major risk to the survival of those who are chronically ill.”

All members of society are dependent on others to a greater or lesser degree and society exists for the good of all its members.

If someone is physically ill but conscious, then their feeling of being a burden can be addressed by carers and loved ones, assuring them that their lives remain valuable and they are not regarded as a burden. Indeed, they should be seen as a treasure!

If someone has rashly made a legally binding advance decision to refuse clinically assisted nutrition and hydration, and is now unconscious, then very unfortunately in current UK law, it might not be possible to show them this care.

If a patient has previously expressed a wish ‘not to be a burden if they should become seriously ill’, and is now unable to communicate, then we best honour this prior wish by providing good quality care, including food and fluids by clinical assistance if required, without considering such care to be a burden.

To use this dangerous interpersonal concept of ‘fear of being a burden’ as a criterion for depriving someone of food and water is to confirm someone’s worst fears. The reasoning used in this case is contrary to fundamental ethical principles of equality and solidarity and will be deeply worrying to many people.

*This article is adapted from the briefing paper ‘Depriving people of food and water despite their previously expressed religious beliefs’ originally published by The Anscombe Bioethics Centre.

David Albert Jones is director of the Anscombe Bioethics Centre in Oxford (bioethics.org.uk/) and a research fellow at Blackfriars Hall, which is part of Oxford University. He is also professor of Bioethics at St Mary’s University, Twickenham. His most recent book, co-edited with Chris Gastmans and Calum MacKellar is Euthanasia and Assisted Suicide: Lessons from Belgium (Cambridge: Cambridge University Press, 2017).