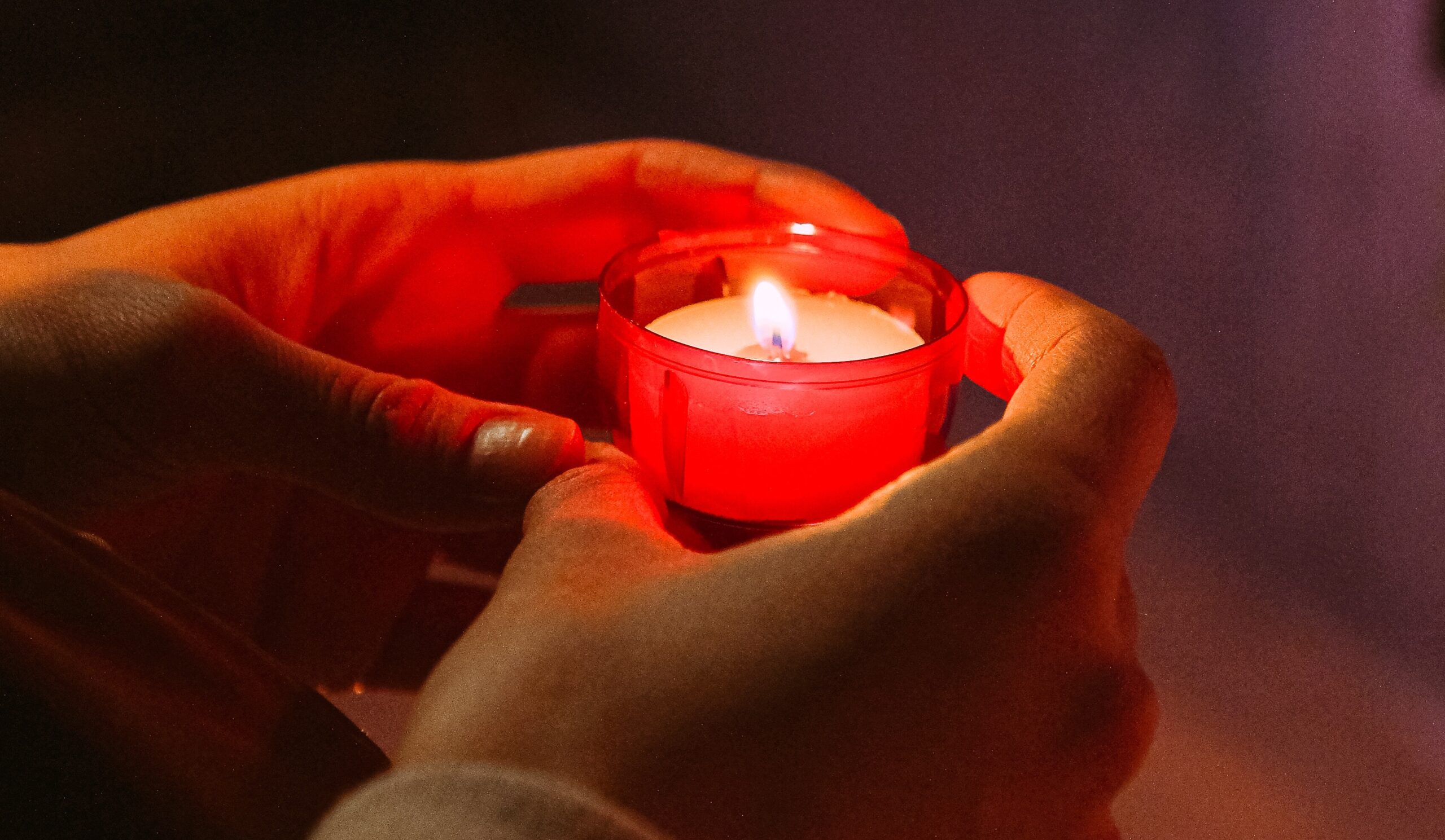 Joseph Evans describes how a Christmas ski trip prepared a heroic group of German students for their later anti-Nazi activism.

On 22 February 1943 the student siblings Hans and Sophie Scholl and the young doctor and married man Christopher Probst were beheaded for their active opposition to the Nazi regime during the Second World War. Three others, Willi Graf, Kurt Huber and Alexander Schmorell, went to their death later that year, and other companions – men and women, students and university professors – would suffer either imprisonment or execution before the War ended.

The heroic resistance to the Nazi regime by the German students – known as the White Rose resistance – has won the hearts and admiration of many for their courage and fidelity to conscience. They produced and distributed thousands of leaflets condemning the many evils of the Nazi regime, including its abuse of power, its genocide against the Jews, its euthanasia of the disabled, its brutality towards the Slavonic peoples and the senseless loss of many German soldiers.

Among the numerous books and films about these young heroes (this film would be a good introduction), I have been particularly struck by Paul Shrimpton’s Conscience before Conformity: Hans and Sophie Scholl and the White Rose resistance in Nazi Germany, which describes beautifully not only the main events of the drama, but also the personal and spiritual growth of the students.

Through this book, one sees how the young Scholls, in particular, went from being naïve followers of the regime to its ardent opponents largely through good reading, guidance by some wise and brave scholars, an ever more sensitive attention to their conscience, and growth in their Christian faith.

For the sake of truth, however, it must also be said that these and other German opponents of the regime were very much the exception, and it continues to be a scandal that a nominally Christian nation could have permitted something as foul as National Socialism and all its deeds to flourish in its midst.

But the above-mentioned six, and numerous others in the movement, were all Christians of one denomination or another and it was the deepening in their faith which gave them the light and strength to oppose the Nazis.

The faith journey of Sophie is the most moving of all and it is remarkable to discover such spiritual depth in one so young (she died aged 21).

One particularly touching event which Shrimpton describes is a Christmas trip by some of the students – and later White Rose members – from December 1941 into January 1942. While it wasn’t their last Christmas, it was perhaps their most heartfelt one which, in the midst of the horrors Germany was going through, led them to appreciate more profoundly the full significance of the Christmas story.

They hadn’t yet started their leafleting (they would do so in the summer of 1942) but it was an important step in their process of making sense of the evil around them. Their moral and spiritual conversion was well advanced, but their time together skiing and above all talking in the German mountains further fortified their resolve to oppose Nazi tyranny.

Earlier in the month, Hans had told his then-girlfriend Rose Nägele that he was experiencing Advent ‘as a wholehearted Christian for the first time in my life … I have discovered the only possible and lasting value’, he wrote. He was realising there were things which rational thought could not fathom, which were ‘outwardly incomprehensible but inwardly grasped’.

Indeed, while he valued reason greatly, Hans was beginning to grasp the need for the deeper action of what Christian writers call ‘divine grace’. As he struggled to come to terms with what was going on inside his soul, he wished Rose ‘hours of genuine contemplation and peace’ for Christmas. An unusual gift to say the least!

The truth is that the 22-year-old was going through a spiritual crisis. He understood, as he told Rose, that ‘this war (like all major wars) is fundamentally spiritual’.

Hans in fact was at a low ebb, felt drained and was ‘losing enthusiasm for work’. Yet he could still tell Rose: “For me the birth of Our Lord represents the supreme religious experience, because he has been reborn for me. Either Europe will have to change course accordingly, or it will perish!”

As Shrimpton comments: “He realised that culture was no substitute for God, that salvation could only be found in the Gospel, that resistance to the Nazi state had to begin with the discovery of a new order by means of a personal re-enthronement of the creator in the individual.”

Hans wrote to thank his mentor, the writer and publisher Carl Muth, who was largely responsible for his spiritual blossoming. “It fills me with joy to be able, for the first time in my life, to celebrate Christmas properly and in a Christian fashion, with true conviction.”

Various life experiences and especially the war had aggravated Hans’ loneliness and cast shadows across what he called ‘the vestiges of my childhood’, but now he could tell Muth: “This year, Christ has been born for me anew.”

Then came the skiing trip which he went on with Sophie, another sister (Inge), and some other friends which was to leave a profound mark on them all. This can be seen from the various articles written about the trip in Windlicht (Storm lamp), a clandestine magazine which a number of them had started as a form of cultural resistance to the regime.

As Inge wrote: “Most of you will know how grand it is to sit around a stove by candlelight with a few friends, in the solitude that reigns at 2000 metres, with wind-driven snow lashing the four walls outside and nothing visible to the eye but a greyish-yellow, swirling, drifting mass.”

She described how ‘the communal exertion and discomfort of such a climb, and its occasional difficulty, create[d] a special bond between us’. But, she explained, this was aiming at a deeper inner union ‘to which we aspire and on whose account Windlicht has been lighted’.

After their day’s skiing and the drying of their clothes, the youngsters launched into the reading and discussion of various books, including Dostoyevsky’s The Double. As Inge wrote: “Books lent our days in the hut a very special flavour because they focussed everyone’s attention on the same subjects.”

Shrimpton explains: “The Dostoyevsky novella centres on a government clerk, whose identity is crushed by the bureaucracy and stifling society around him, and charts his descent into madness.” So there were clear echoes of the tyrannical – but highly organised – system which they themselves were resisting, though at that point their resistance was only within themselves and through their group discussions and magazine.

The young people asked themselves serious questions. Why don’t people feel a spiritual hunger? How do they manage to bury the restlessness which they themselves were feeling? Can art and literature satisfy this hunger? Or music?

Thoughtful Sophie said little. Her more outspoken brother argued that music and art could assuage the hunger. Inge records that no real conclusion was reached. “Perhaps it is in the nature of many questions,” she wrote, “that they have to grow like trees, year after year, until we can one day pluck the ripe fruit from their foliage.”

Another group member, and later White Rose activist, Traute Lafrenz also wrote about the trip for Windlicht. She describes singing hymns and Christmas carols around the stove:

“Once again, as on every night, we crowded around the stove; once more we drew closer in readiness of heart; and once more the flickering, restless glow of burning logs mingled with peaceful candlelight. Voices were raised in song. Songs eliminate what separates people, and their harmony pervades those who sing them, so our hearts were receptive to the words of Novalis’ Hymnen an die Nacht, that great Christian profession of faith.”(She is referring here to a work composed of six hymns written in 1799 by the German poet.)

At midnight on 31 December, they gathered outside to welcome in the New Year, though they could hardly see anything as they were surrounded by a dense mist. When midnight came Inge read aloud two psalms, and then they went to bed.

“Hans told his sister Lisl that the skiing trip was a ‘monumental experience’”, Conscience before Conformity narrates. “All the ingredients of previous trips were present: the snug security inside the hut, tea by candlelight, the reading aloud, and the singing.

But there was a difference between this gathering and previous ones: ‘a focusing of attention on our troubled times, the cross, and salvation.’”

The trip had a great effect on Hans who could tell Rose, “I have dropped anchor and, come what may, nothing can really trouble me from now on … After a lapse of many largely wasted years, I have finally learned to pray again. What strength it has given me! At last I know the inexhaustible spring that can quench my terrible thirst. That is the main thing I have to tell you. All else is secondary!”

To find out more about this campaign, you can read the three articles by Paul Shrimpton published in Adamah, starting here.