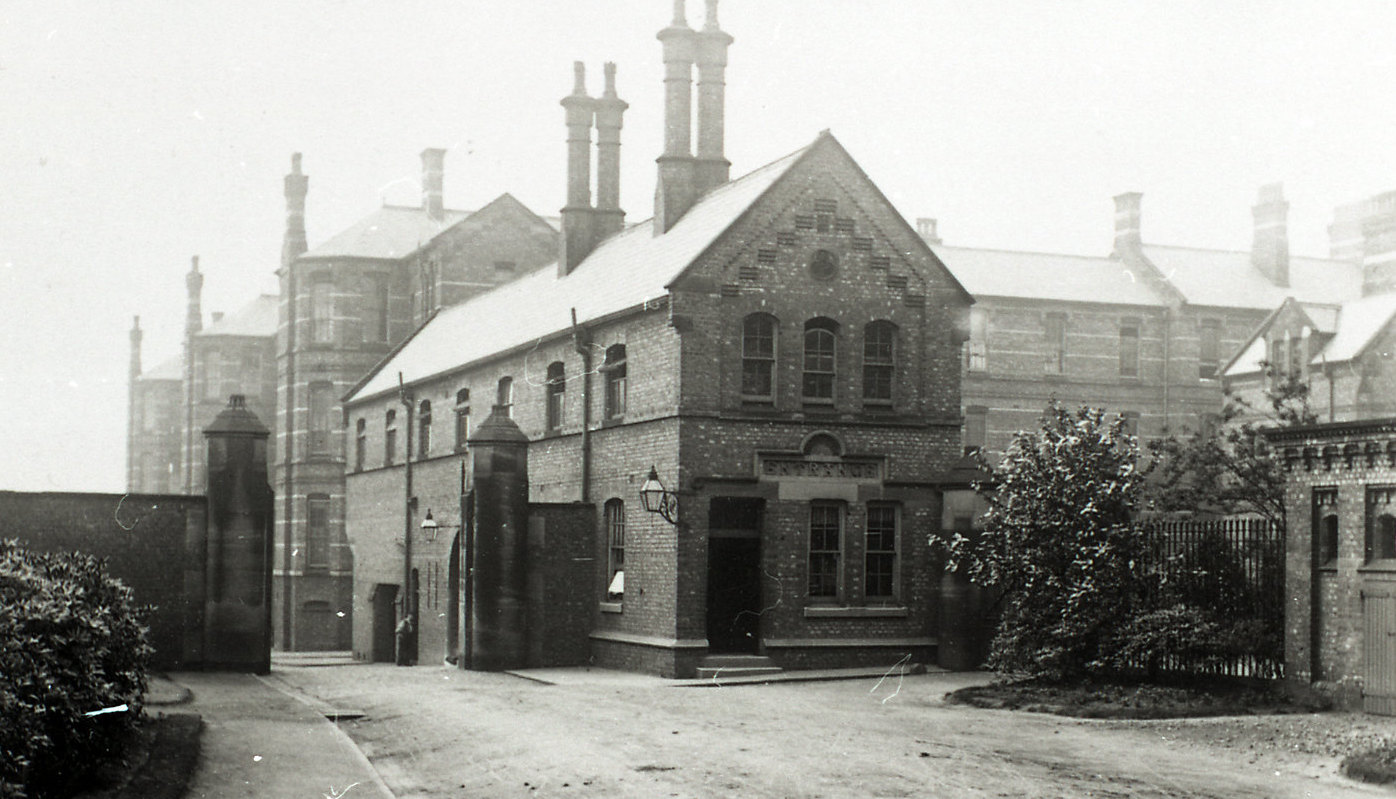 Adam Brocklehurst goes beyond the Christmas card imagery to discover the disturbing truth about life in Victorian England.

In 1851 the Victorian novelist Frances Hodgson Burnett was a child of two living in the fashionable suburb of Cheetham in Manchester, then a sprawling town in the North West of England (It would achieve city status two years later).

In adulthood she would find international acclaim with such books as Little Lord Fauntleroy, The Little Princess and the perennially popular The Secret Garden. Many of her stories rely on the Victorian trope of riches to rags, and back to riches, which reflected her own experiences after the death of her father, and are indicative of the Victorian preoccupation with the loss of status.

The social strata of Victorian England were extremely fluid, and a conscientious working-class family might move upwards towards the middle-class. Wealth could be generated through self-improvement, running a small business and proper investment of savings. It was wise to be careful, for what was newly gained could easily be lost, and the fall could be vertiginous.

Living just a stone’s throw away from the Hodgson family in Cheetham in 1851, Jim Butler and his wife Margaret were enjoying their annual family Christmas together. They are at home with their three young children, James, Robert, Jane, and Elizabeth, the servant girl. The presence of a servant suggests the family are doing well, most working-class families, even the better off ones, didn’t employ help.

Jim is a copper engraver, a highly skilled craftsman whose work requires a high level of artistic competence and practical knowhow. There is some evidence that printing was the family trade, passed down from one generation to the next.

The Butler Christmas would in many ways be familiar to us today. The family were staunch Methodists, so there would have been a visit to the small Wesleyan chapel on Cheetham Hill for the Christmas service in the morning. There may have been a fat roast goose, supplemented by the produce of the pork butcher. Black pudding, a pig’s blood and barley sausage, flavoured with pennyroyal, was a regional delicacy popular with the working-class in Lancashire, and was often eaten at Christmas.

There would have been carols and parlour games and presents for the children, and Christmas cheer would have been provided by eggnog (a type of warm, alcoholic, spiced drinking custard) or a tankard of warmed porter.

Sadly, as the years advance, the comfortable domestic life of the family starts to disintegrate. By Christmas 1861 the Butlers, with their youngest daughter Jane, are living in a single room in a squalid and overcrowded house of multiple occupancy. What has happened to bring about this change in circumstance has been lost to us. It might have been health related; Jim was now in his mid-fifties, and printing requires good eyesight. If his eyesight failed, he would struggle to find work.

Neither Jim nor Margaret were native to Manchester and therefore they could not rely on a circle of extended family to help them out in times of crisis. And perhaps their own grown children were unable or unwilling to support them (their second son Robert was a well-known and wealthy pioneer in Canada, working in the printing trade at the Parliament building of Vancouver. His obituary notice in 1917 took up an entire page in the local paper).

By the winter of 1879 their predicament had worsened and they now found themselves in  dire straits. Jim’s wife Margaret, now an elderly woman of 75, is convicted of stealing a piece of beef from a butcher, a serious crime.

She may well have been hungry and frightened, forced into theft by the very real threat of starvation. One can imagine her anxiously slipping into the busy shop, and pushing the joint beneath her plied shawl, then the firm grip of the butcher’s hand on her shoulder as she tries to leave.

Her last thoughts as she was taken bound and shackled into the waiting black Mariah may have been for Jim sitting alone at home, waiting on her return. The eight-year custodial sentence she received was harsh even by the standards of the day. It would seem likely that without his wife’s support Jim was unable to manage, and was therefore admitted to the Manchester Union Workhouse as a pauper, and this is where we find him at Christmas 1881.

There had been workhouses in Manchester since the 18th century, chiefly housing the most vulnerable in society, then – as now – women and children. A report into one Manchester workhouse in 1797 found conditions so terrible, it was considered ‘unsafe to enter.’

Poor relief provided by local church congregations was how most paupers survived and there was increasing anger at what was regarded by many as a liberty, and those who received it were considered undeserving and idle.

The Poor Law Amendment Act was enacted in 1834. There would no longer be aid handed out by the parish, instead a new draconian system was implemented. Great institutional workhouses would be built, akin in scale and grimness to the textile mills. The act stated, ‘into such a house none will enter voluntarily; work, confinement and discipline will deter the indolent and vicious.’ In reality all poor people, whether to blame for their current predicament or not, were to be treated as if they were at fault.

This was the industrialisation and dehumanisation of poverty and such recommendations were picked up with an almost sadistic zeal.

Cruelty was normalised, physical and sexual abuse was rife, there were even cases of inmates being starved to death. Such purposeful deprivations didn’t end with Christmas. In fact, the good moderators of the act stipulated there should be no extra food provided on Christmas day.

In what must be one of the most pleasing acts of mass civil disobedience ever, this rule was widely ignored, and roast beef, plumb pudding, sweets and strong porter were still served up in many workhouses. By 1847 an iota of governmental humanity had prevailed and money was supplied from the civil purse to provide a few meagre Christmas rations.

The vaguely Italianate and polychromatic buildings of the former Manchester Union Workhouse still stand gauntly on a bluff overlooking the Irk Valley. In Jim’s day it was situated above one of the most polluted areas on the planet. Yellow grey smoke would have belched into the sky day and night, the stink from the factories a constant source of complaint. The city’s Jewish burial ground was situated on the bleak and blackened hillside just below its walls.

By the standards of the day the Union Workhouse was considered progressive; there were farms and vegetable gardens providing food for the workhouse. The inmates received vocational training, some worked as assistant nurses in the infirmary, others taught the children. Life was regimental, hygienic and institutional.

Susan Hall, author of Workhouses and Hospitals of North Manchester, describes a typical Christmas at the Manchester Union Workhouse. Inmates would receive twice their normal ration of food (or as much as they could consume). There would be ‘poultry’, as well as the usual mince pies and puddings. Some workhouses might even have had dancing, music and other entertainments.

That things were not quite the paradigm of good practice they seem became apparent when, according to Hall, one appalled inspector noted that the sick lying in their beds in the infirmary were employed picking oakum (a loose fibre obtained by untwisting old rope), a laborious and unpleasant task once inflicted on prisoners as a form of punishment. The Chairman’s reply that the work was an ‘agreeable’ task to keep the patients occupied beggars belief.

In theory this was probably the most settled Jim had been in a long time. He would have been warm and fed, had medical provision and security, the state had certainly met its obligation to him.

Yet he is without his wife, his partner through all their shared tribulations over the last five decades. Margaret was somewhere miles away miserable and alone in her prison cell, and the knowledge of this must have stung.

Jim’s mind may have returned to the Christmases spent 30 years earlier in respectable Cheetham, surrounded by his children, in his own home. Such painful reminiscences would have only heightened the strangeness of his surroundings and his loneliness. This was to be the end of the road for Jim as his long life drew to a close…

“Last Winter my wife lay dying, starved in a filthy den.
I had never been to the parish — I came to the parish then;
I swallowed my pride in coming! for ere the ruin came
I held up my head as a trader, and I bore a spotless name.

“I came to the parish, craving bread for a starving wife —
Bread for the woman who’d loved me thro’ fifty years of life;
And what do you think they told me, mocking my awful grief,
That the house was open to us, but they wouldn’t give out relief.

“I slunk to the filthy alley — ’twas a cold, raw Christmas Eve —
And the bakers’ shops were open, tempting a man to thieve;
But I clenched my fists together, holding my head awry,
So I came to her empty-handed and mournfully told her why.

“Then I told her the house was open; she had heard of the ways of that
For her bloodless cheeks went crimson, and up in her rags she sat,
Crying, ‘Bide the Christmas here, John, we’ve never had one apart;
I think I can bear the hunger — the other would break my heart.’”

While our society, in the West at least, seems to have improved somewhat since the days of Jim and Margaret, there will still be people living in poverty this Christmas. Many of us still believe that there are those who deserve our help and those who emphatically do not. Many more are sympathetic, but feel social problems are too vast for them to respond adequately.

In truth we needn’t try to change the world. The real power of kindness is in the small everyday acts within our homes and communities, when we encounter those suffering and in need, and respond with love. That really is the spirit of Christmas.

The cover photo of this article is by Manchester Archives Plus on flickr. It can be found here: https://www.flickr.com/photos/manchesterarchiveplus/14505449100 – Attribution-NonCommercial-ShareAlike 2.0 Generic (CC BY-NC-SA 2.0)

Have you enjoyed our articles this year? Would you like to donate to Adamah Media? Click here to learn more about our Crowdfunder, your donations will allow us to offer paid opportunities to young writers. Thank you!