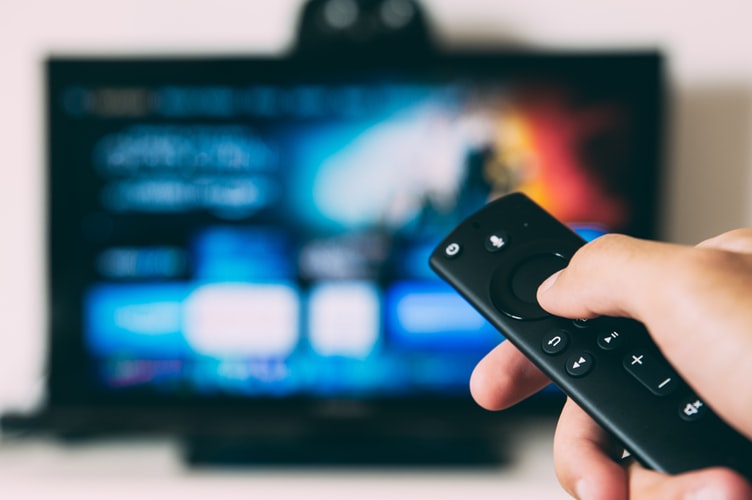 Faith and film go together like … well, oil and water. They tend to sit one on top of the other, never really successfully merging.

With one or two exceptions (Zeffirelli’s Jesus of Nazareth perhaps?), the biblical epics of yesterday and today tend to be neither particularly biblical nor all that epic!

It is perhaps significant that the two best-known (certainly best-loved) Christmas films of all time do not make explicit reference to the Bethlehem baby in a manger narrative in their plot lines.

Yet Bing Crosby in White Christmas and James Stewart in It’s a Wonderful Life are powerful advocates of the Christian message. In the former film, the virtues of gratitude and loyalty are given a masterful depiction, while in the latter the virtue of hope and the gift of fortitude are beautifully (though subtly) framed.

Such films appeal well beyond the pious prairies of devout Christians. Yet they are perhaps all the more effective for that. Bing’s simple crooning goodness and James Stewart’s courageous authenticity touch believers and doubters alike. Few explicitly religious films have a similar reach.

One error may lie in the casting. The producers of the 1965 classic The Greatest Story Ever Told clearly had the feeling that the greatest story ever told required the greatest actors ever discovered to play the lead roles.

The trouble with such reasoning is that it’s hard for the viewer to take John Wayne seriously as a Roman centurion when he will forever remain in the public consciousness as an affable cowboy.

An illustration of the problem of using big names to play big roles … It is said that at the rehearsal for The Greatest Story Ever Told, The Duke, playing the Roman soldier who speared Jesus on the cross, said rather flatly: “Truly this man was the son of God.”

The director said: “Not like that John, say it with awe…”

Obligingly Wayne repeated his line: “Aw. Truly this man was the son of God.”

It is perhaps no surprise, therefore, that Biblical depictions work better when the actor does not distract from the character played.

The director’s own story is illuminating on many levels…

He had accepted Pope John XXIII’s invitation for a new dialogue between the Catholic Church and non-Catholic artists, and subsequently visited Assisi to attend a seminar at a monastery there during the Pope’s 1962 visit to the Umbrian hill town.

The papal visit caused traffic jams (even then!), leaving Pasolini confined to his hotel room. There, it is said, he came across a copy of the Gospels. He read all four straight through, and claimed that adapting a film from one of them “threw in the shade all the other ideas for work I had in my head”.

When the film was released, the reaction was extreme. Given Pasolini’s well-known reputation as a gay, Marxist, atheist, the reverential nature of his film surprised many. At a press conference in 1966, Pasolini was asked why he, a non-believer, had made a film which dealt with religious themes.

Another error of the big Biblical epics is that they have a bit of a struggle depicting the Bible’s more dramatic moments even on the biggest of screens.

Quo Vadis tried to match the epic nature of the story with the epic size of its cast. There were 110 speaking roles, real lions and 10 hand-carved chariots, and it was one of the largest productions of its day. But was it a great film? Few would say yes.

The aforementioned The Greatest Story Ever Told seemed to follow the doubtful adage “never mind the quality, feel the width” as it  described the life of Jesus from birth to resurrection over an insanely long 225 minutes.

Charlton Heston parted the Red Sea in Cecil B DeMille’s The 10 Commandments but history remembers only the dodgy special effects, not the profound message of the scriptures.

In our own time Mel Gibson’s epic The Passion of the Christ is best known for its horrific and seemingly endless scourging section than for transmitting the deeper truths of Christ’s mission.

The film Noah, released five years ago, is another epic flop. While it tackles issues which deserve consideration and discussion, they are handled in a lumbering way. (The lava-coated giant angels who limp arthritically through the film must go down as the least convincing monsters Hollywood has come up with in a long time – 1970s Doctor Who Daleks were more convincing.)

In sequences clearly devised for the hard of thinking, the audience is instructed in a heavy-handed and unsubtle way to believe that developers are bad and nature is good; animals are innocent and human beings are guilty; eating meat is bizarre and vegetarianism is normal and that God is basically Green.

Christmas is a good time to look again at how art has depicted “the greatest story ever told”.  But perhaps the cinema is not the best place to search for inspiration.

Yet where film falters other genres succeed.

Whether it be through looking again (at least online) at the Bethlehem story as depicted in Giotto’s spectacular frescoes in the Scrovegni Chapel in Padua, or listening to the soaring beauty of Carols from Kings, the experience of the festive season will be enriched and deepened through contact with art.

Having said all that … I wonder if White Christmas is on after the Queen on the 25th? …