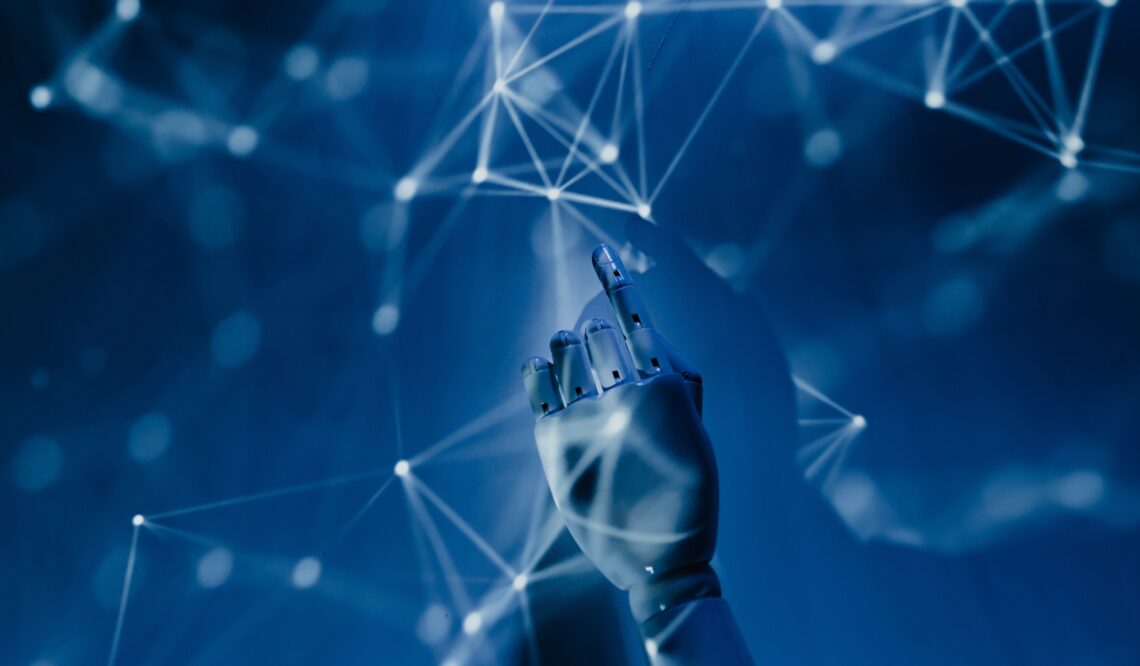 What can such an ‘old-fashioned’ religious institution say about this most modern of technological revolutions? asks Aaron Humphriss. A lot, he says, and it’s worth listening to.

Artificial Intelligence (AI) refers to the ability of computers to mimic human-like cognitive functions. Through the use of logic, computers can simulate the reasoning humans use to learn new information and make decisions.

This technology is currently utilised in autonomous robots, search engines, targeted advertising, facial recognition, email spam filters, smart assistants (e.g. Siri and Alexa) and self-driving cars. It has the potential to become one of the defining technologies of the century, paving the way for new scientific discoveries and medical advances.

However, there has been a growing awareness of the ethical concerns and risks associated with this technology. In 2019, the Alan Turing Institute produced a guide that identified several possible forms of harm that AI systems may cause (see pages 4-5 of the guide). These include:

Aside from AI’s ‘everyday’ uses, there is also an ongoing international debate surrounding its future utilisation in warfare.

For example, the production of Lethal Autonomous Weapons Systems (LAWS) raises significant moral concerns. But several countries, including the UK, USA, and Russia, have resisted calls to draw a legal and moral line around these weapons in the form of an international agreement.

What has the Church said about AI?

On 28 February 2020, the Rome Call for AI Ethics was signed by the Pontifical Academy for Life, Microsoft, IBM, FAO and the Italian Ministry of Innovation. The signatories are committed to ensuring the development of an AI that serves every person and humanity as a whole, that respects the dignity of the human person, and that does not have as its sole goal greater profit or the gradual replacement of people in the workplace. The agreement has six principles:

On the same day of the agreement’s launch, Pope Francis welcomed the Call as an ‘important step’. The Holy Father’s speech can be accessed here.

In October 2021, The Pontifical Council for Culture and the German Embassy to the Holy See hosted a symposium looking at ‘The Challenge of Artificial Intelligence for Human Society and the Idea of the Human Person’. One of the speakers, Fr James Keenan, wrote an interesting commentary about the event and outlined seven lessons learned – namely:

On 12 November 2021, the Vatican’s Secretary of State Cardinal Parolin addressed the 41st Session of the UNESCO General Conference.

He said: “For the Holy See, the principle that not everything that is technically possible or viable is thereby ethically acceptable remains ever valid.

In order to be able to speak correctly of an ethics of artificial intelligence, it will therefore be necessary that the development of every algorithm always draws on an ethical vision, ‘algor-ethics’…”. You can read his remarks on AI in section 3 of his speech.

Regarding Lethal Autonomous Weapons, the Church continues to push for an international agreement to address the legal and ethical issues. In December 2021, the Holy See expressed its disappointment at the minimal progress made by the Group of Governmental Experts to begin negotiations for a binding instrument.

Mgr John Putzer, chargé d’affaires of the Holy See Mission to the UN in Geneva, said that ‘it is imperative to ensure adequate, meaningful, and consistent human supervision over weapon systems’ as ‘only humans are able to see the results of their actions and understand the connections between cause and effect’.

Reiterating the Holy See’s call for a moratorium on the development and use of LAWS, he also proposed the establishment of an international organisation for AI, ‘to facilitate and ensure the right of all States to participate in the fullest possible exchange of scientific and technological information for peaceful uses and towards the common good of all the human family’.

This is a slightly edited version of an article which was first published on the Catholic Union of Great Britain website. For the original article, see here.

Aaron Humphriss joined the Catholic Union of Great Britain as a Public Affairs Assistant in June 2021. Prior to this, he studied Politics and War Studies at the University of Wolverhampton and became a ‘Faith in Politcs’ intern of the Catholic Bishops’ Conference of England and Wales (2018-19). During his time as an intern, Aaron worked in the Westminster office of an MP and completed a Postgraduate Certificate in Catholic Social Teaching at St Mary’s University, Twickenham. In 2019, he interned with the Holy See Mission to the United Nations in New York and covered the Disarmament and International Security Committee.