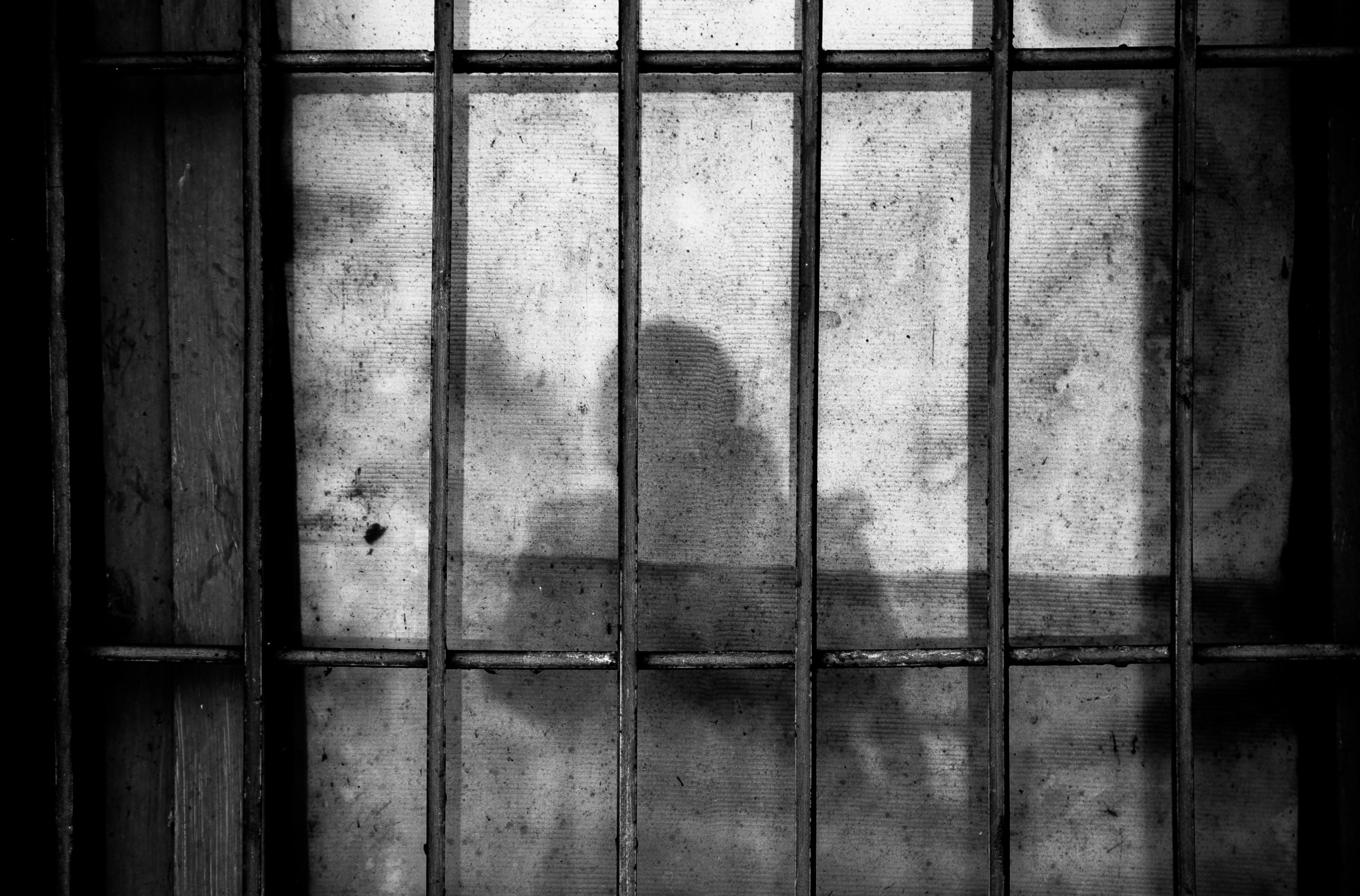 One of the great cruelties of the modern world is the creation of a hierarchy of suffering. In this perverse Premiership certain persecuted minorities are judged more newsworthy or perhaps just more worthy than others.

Alexander Aan understood that very well.  He told me about it as we sat on the rough floor of a remote prison in the mountains of Western Sumatra, Indonesia (the world’s largest Muslim-majority country). I visited him seven years ago. He was a prisoner of conscience with a difference. He had been jailed not because of his religious belief, but because he had no religious belief. He wrote on Facebook that he did not believe in God, and was prosecuted and imprisoned for two years.

When I arrived with two Muslim friends who had brought me there, Alexander looked at me in disbelief when I told him I worked for an organization called Christian Solidarity Worldwide. “Don’t you know I am an atheist?” he asked. I assured him I did, and that was why I had come. He looked even more surprised.

“You and I have different beliefs, but no one should be jailed for their beliefs. That’s why I have come – to see if I can help you,” I said.

After his astonishment subsided, we ended up having a truly beautiful exchange of ideas in which he, as an atheist, told me that he had read the New Testament and agreed with a lot of Christ’s teachings and I, as a Christian, found myself commending the famous atheist writer Christopher Hitchens for his intellect and writing. It was a peculiar but precious moment.

Not long after visiting Alexander Aan I found myself standing outside a church in a suburb of Jakarta, at a Sunday service surrounded by police and a mob of angry Islamists shouting “Christians get out, kill the Christians”. We could not go into the church building because that church, and many others in Indonesia, have been forcibly closed by the authorities under pressure from extremists, even though they have existed legally for years.

Around the world, everyone is in a minority somewhere even if they are in the majority elsewhere. And the test of a decent, civilized society is how that society treats its minorities.

Indeed, the real test is whether a humane society treats its people with equal rights and an equal stake in the country’s future, regardless of religion (or lack of it), race, gender, class, age, disability, sexual orientation or any other characteristic.

The sources of discrimination, persecution, hatred and violence are manifold and press in on society from multiple directions. When religion in its extreme form mixes with nationalism it can produce a lethal cocktail of hate and fear, as has been witnessed with Buddhist nationalism in Myanmar (Burma) and Sri Lanka.

When a political ideology takes hold of a religion and replaces its spiritual values of love and peace with an agenda of control and domination, as has happened with radical Islamism and its various strands of Wahhabism, Salafism and Jihadism across the Islamic world, minorities are right to feel fear.

When a secular, atheist authoritarian or totalitarian regime seeks to repress anyone who fails to show devotion to the rulers, as in North Korea and China, minorities suffer.

And, unfortunately, even in open, democratic societies where populism is on the rise, the acceptance of those who are ‘different’ is increasingly strained.

At home and around the world, the values of love, compassion and humanity, and the concept of respect for human dignity, are threatened more than they have been in my lifetime.

Human rights, as set out in the Universal Declaration of Human Rights, are for everyone, everywhere – that is why they are “universal”. They come as a package – a set menu, not a buffet from which to pick and choose. That is why the right to life is so foundational. But while there is no hierarchy of rights, and all are inter-dependent, if there is another foundational right besides the right to life it is the right to freedom of thought, conscience and religion – or freedom of religion or belief as it is often abbreviated – as set out in Article 18 of the Universal Declaration.

That right establishes the freedom of every person to choose, practise, share and change their religion or belief and includes the right to do so alone or with others, in private or in public. It is a foundational right because it protects what we do with our minds, our hearts and our souls. If we lose the right to these, we have lost all rights. It protects people not religions; it protects the right of people to choose to follow a religion, to choose to change religion, or to choose not to have a religion. It is – as are all rights – for everyone.

My travels have brought me face to face with the sights, the smells, the gut-wrenching horror of societal sanctioned discrimination.

I have visited a church in Indonesia where on a previous Sunday a man had arrived in the middle of a Mass, trying to detonate explosives and, after failing to commit mass-murder in this way, unleashed a sword to attack the priest. This year I spent Easter at one of the three churches in Surabaya which, just the previous year, had been attacked within minutes of each other by a family of suicide bombers. The parents had strapped explosives to their daughters, aged six and eight, and their teenage sons. At least 13 people were killed, and dozens injured.

I have seen the fear in the eyes of worshippers in an Ahmadi mosque, talking to people across a wall because their mosque was closed but they refused to leave. (The Ahmadis are a strand of Islam that is regarded by some others within their faith as heretical, and they face severe persecution).

In Myanmar, an ugly rise of extremist Buddhist nationalism has led not only to the widely reported genocide of the predominantly Muslim Rohingyas, but to discrimination and sporadic violence against other Muslims. There are entire villages which have declared themselves “Muslim-free zones”.

Christians are not exempt. Among the ethnic minorities – especially the Kachin, Chin, Karenni and Karen – they face not only the onslaught of Myanmar’s army in an ethnic and political conflict, but are specifically targeted for their faith, with churches attacked and, even outside the conflict zones, faith groups denied permission to build and crosses destroyed.

China today has unleashed the most severe crackdown on religion since the Cultural Revolution. In its most extreme form, the regime has locked up at least one million, some say as many as three million Muslims in concentration camps in Xinjiang. More than 400 pages of internal Chinese regime documents leaked to the New York Times recently prove a campaign of genocidal intent, declaring that there should be “absolutely no mercy”.

At the same time the Chinese regime has intensified repression of Christians, destroying thousands of crosses and churches, detaining pastors, church members and Christian lawyers who have been defending religious freedom cases. Under-18s are prohibited from going to church, and churches in the State-approved religious apparatus are increasingly required to display images of the President, Xi Jinping, and Communist Party propaganda.

Practitioners of the Falun Gong spiritual movement, which is a Buddha-school meditative practice, have been subjected to particularly harsh persecution over the past 20 years, with many imprisoned.

An independent tribunal chaired by Sir Geoffrey Nice QC, who previously prosecuted Slobodan Milosevic, concluded that China is forcibly harvesting organs from prisoners of conscience, primarily Falun Gong practitioners, and this is a crime against humanity.

The atlas of agony is a thick volume. In Tibet, North Korea and Eritrea, three of the most closed parts of the world, freedom of religion or belief is almost completely denied. From Vietnam to Cuba, from Iran to India, from Malaysia to Nigeria, from Sudan, Egypt, Iraq and Syria to Nepal, Bangladesh, the Maldives and the Philippines, there is strife, tension, conflict and violent repression of religious minorities. That basic foundational right – Article 18 of the Universal Declaration of Human Rights – is under threat in every corner of the world.

So what are we to do?

Tutting, hand-wringing and head-shaking are natural but not especially useful responses. Thankfully more practical (and efficacious) ones are at hand. It is up to all of us – whatever religious faith we have or if we have none – to work together to defend this fundamental freedom, at home and abroad. We must urge our governments to do more.

The United States has an Ambassador-at-Large for International Religious Freedom, Sam Brownback, who is a true champion for everyone, and a US Commission on International Religious Freedom as well. The European Union has a superb Special Envoy on this issue, former Slovakian Deputy Prime Minister Jan Figel, but he is under-resourced and his mandate is not permanent, so we must work to strengthen his role. Britain, at long last, has a Prime Minister’s Special Envoy in Rehman Chishti, a Member of Parliament whose father was a Muslim Imam from Pakistan and who led the campaign for the release of Asia Bibi, a Pakistani Christian in jail and facing execution on false charges of blasphemy.

And a growing number of countries – including Taiwan, which hosted two conferences on this theme this year – have taken up the challenge. But we need to do more. The rhetoric is increasing, the issue is rising up the agenda of policy-makers, but it needs to be matched by concrete actions, resources and courage.

To build a world in which we can not only live with but celebrate differences, whether ethnic or religious, should be the goal. To build, as the former Chief Rabbi Jonathan Sacks has expressed so beautifully in his many books, a society that respects the dignity of difference – a home we build together – is the task. It is not easy. But it is essential if we are ever to have a world in peace and one where the innate dignity of every human being is valued everywhere.

Benedict Rogers is a writer, human rights activist and senior analyst for East Asia at the international human rights organization CSW. He is the author of three books on Myanmar, including “Burma: A Nation at the Crossroads”. His story of becoming a Catholic in Myanmar is told in his book “From Burma to Rome: A Journey into the Catholic Church”.