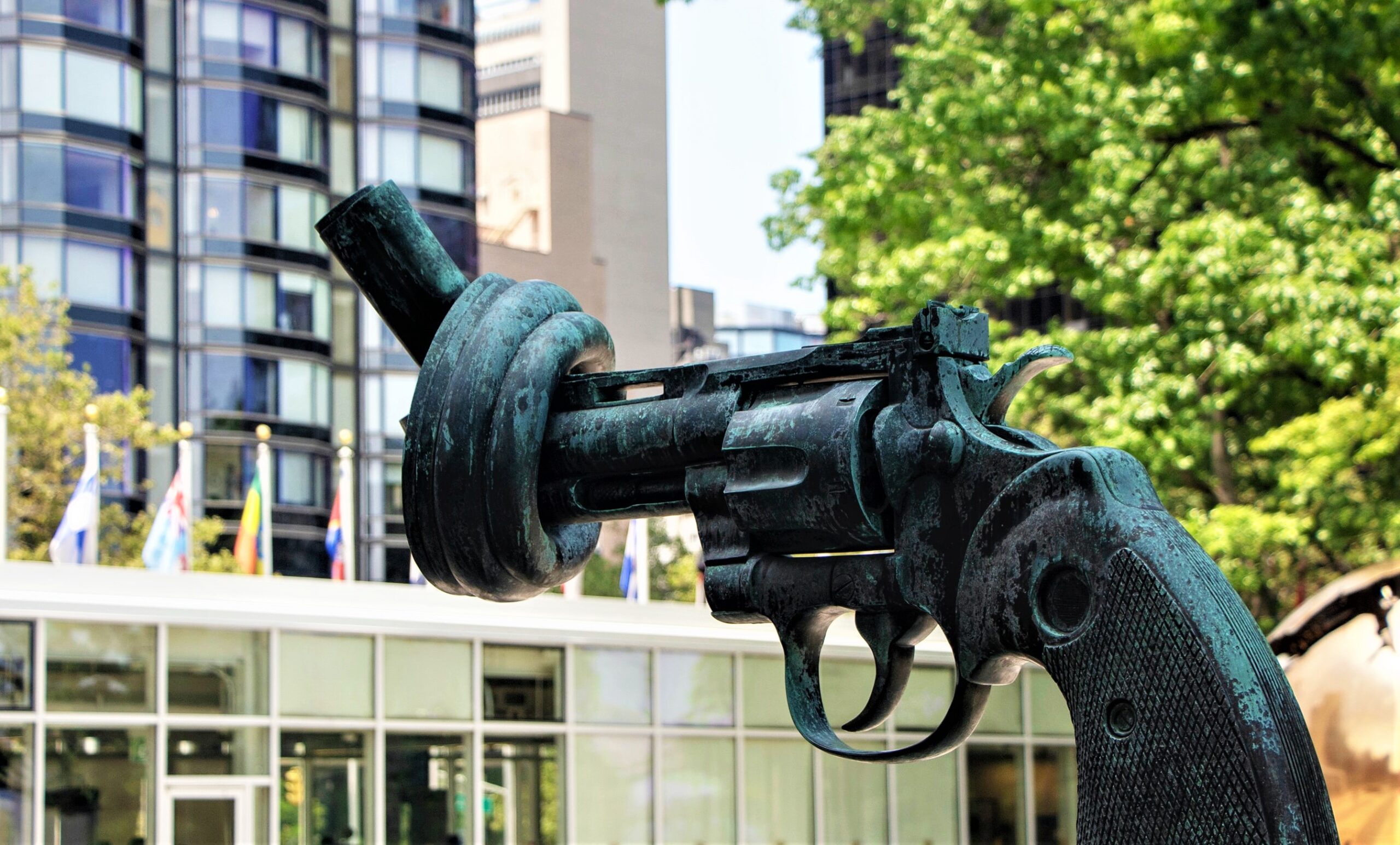 ‘Covenantal pluralism’ might not be the catchiest of terms but it could be a key approach to help human rights flourish around the globe, argue W. Christopher Stewart, Chris Seiple and Dennis R. Hoover.

‘Things can only get better …’ the saying goes, but the current circumstances make this hard to believe. The world of 2021 faces a barrage of challenges from viruses, not all of which are variants of Covid 19. The viruses of violent extremism, religious and ethnic nationalism, cultural polarization, scapegoating of minorities, faking of news, incitement of populist anger and many others infect the life of nations and individuals.

In matters of faith too, ‘things’ have not got better. In our paper, ‘Toward a Global Covenant of Peaceable Neighborhood’, we quote 2018 research by the Pew Research Center showing that ‘83% of the world’s population now lives under conditions where there are high levels of government restrictions on religion and/or high social hostilities involving religion’. About 11% of these governments use ‘nationalist rhetoric against members of a particular religious group’.

“Given these figures,” we write, “it’s perhaps not surprising that the world is now experiencing the highest number of refugees since World War II.” We note further that, “Right-wing cultural populism, left-wing secularist extremism, anti-immigrant hostility, and religious and ideological tribalism are on the rise in numerous nations around the globe.”

Yet it should never have been like this. On December 16, 1966, both the International Covenant on Civil and Political Rights (ICCPR) and the International Covenant on Economic, Social, and Cultural Rights (ICESCR) were adopted by the UN General Assembly. These were milestones in the human rights movement, as they reaffirmed many of the ideals expressed in the Universal Declaration of Human Rights (adopted December 10, 1948), and codified them in formal treaties.

On paper, these instruments seemingly demonstrate broad international agreement on human rights: 179 states have signed the ICCPR, and 175 have signed the ICESCR. But in practice, a great many countries routinely ignore these commitments. And, assuming that freedom is an indicator of underlying respect for human rights, global trends appear to be going in the wrong direction.

According to Freedom House’s annual tracking, global freedom has declined every year for the past 14 years.

Leading scholars of democracy such as Larry Diamond warn of a growing ‘democratic recession’. Such trends suggest that talk about human rights and even formal commitments to promote and protect them do not by themselves lead to an increase in individual freedoms.

The crisis of human rights is complex, with no simple solutions, but in our view preserving, protecting, and promoting human rights requires both a ‘top-down’ approach emphasizing the transparent rule of law and a ‘bottom-up’ approach of building cultures that see such efforts as consistent with local values – including those of the various faith communities (and those of no religious faith at all) within the culture. In other words, a key to progress over the long haul is to focus not only on legal formulations but also cultural foundations. Assertions of rights often simply do not have much traction apart from a pre-existing cultural context of mutual engagement, reciprocity, and solidarity across lines of deep diversity.

Ironically, one of the deficiencies in the ‘covenants’ that we celebrated on December 16 is that they do not articulate the covenantal obligation and mutual pledge to protect the expression of these rights by people whose basic beliefs differ profoundly, especially between majority and minority groups.

Put differently, the international human rights movement has long grappled with diversity, but it does not yet have a fully developed understanding of pluralism.

Indeed, in a telling omission, the word ‘pluralism’ does not appear anywhere in either the ICCPR or the ICESCR.

As we argue in our paper , the mounting global challenges of our day require a robust and relational form of pluralism – a pluralism we call covenantal. The philosophy of covenantal pluralism has been developed over the last few years at the Templeton Religion Trust, which in 2019 formally launched the Covenantal Pluralism Initiative.

Covenantal pluralism is characterized by a constitutional order of equal rights and responsibilities and by a culture of reciprocal commitment to engaging, respecting, and protecting the other – albeit without necessarily conceding equal veracity or moral equivalence to the beliefs and behaviors of others. The envisioned end-state is neither a thin-soup ecumenism nor vague syncretism, but rather a positive, practical, non-relativistic pluralism.

Why label this kind of pluralism ‘covenantal’? In our view the central virtue of the concept of ‘covenant’ is that it holistically embraces not only rules, as important as those are, but also relationships. By contrast to a pluralism that is strictly contractual, a covenantal pluralism is one that entails a deeper sense of moral solemnity and significance. A contract is a quintessentially conditional relationship governed by rational rules, violation of which nullifies the relationship. But a covenant endures beyond specific conflicts and beyond episodic departures from norms. It involves a more fluid relationship between rules and grace. We believe this understanding of pluralism is not only consistent with but underlies what the UN covenants seek.

In a global perspective, framing pluralism in this way is particularly important because many cultures around the world are far more communitarian than contractarian. Furthermore, a pluralism that is covenantal is more genuinely plural – that is, more inclusive of the diversity that actually exists – precisely because it expects people to move beyond the indifferent tolerance of mere side-by-side diversity to a spirited engagement across lines of difference.  There is room at the table of covenantal pluralism for more than just self-selected cosmopolitans. Instead, the invitation is comprehensive, ranging from secular to religious, fundamentalist to modernist, Western to Eastern, and so on.

This is a pluralism that is inclusive of communities that make exclusive truth claims. At the same time, however, covenantal pluralism is not unconditional. It demands that such communities respect the parameters and norms of a pluralist covenant – which include, for example, fairness for all (not special pleading for some) and the right of individuals to opt out of their community without fear of violence.

Covenantal pluralism cannot be reduced to a fixed, finite laundry list of policy prescriptions or individual liberties or rights, but rather the mutually reinforcing interaction of favorable legal and cultural conditions. These enabling conditions can be grouped into at least three major categories.

The first is freedom of religion and belief, i.e. free exercise of religion, freedom of conscience, and equal treatment of religions/worldviews. A foundational premise of covenantal pluralism is that the impulse to spirituality and the yearning to seek answers about transcendence is universal. Any systemic repression or discrimination interfering with this expression therefore goes against the grain of human nature and will likely contribute (as it often has in the past) to social and political instability.

The third enabling condition is the embodiment and expression of virtues that a positive ethos of pluralism requires.

To be a covenantal pluralist means facing deep differences with open eyes – and a thick skin.

There are deep, sometimes irreconcilable differences between different faiths/worldviews. As Stephen Prothero has argued, all religions are not paths up the same mountain, and to assume otherwise is to indulge in ‘pretend pluralism’. What real pluralism – covenantal pluralism – requires, then, is a praxis and continual cultivation of the character traits needed for sustained engagement between people of sometimes starkly divergent religions/worldviews, virtues such as humility, empathy, patience, and courage.

Pluralism of this covenantal sort is not easy, and it does not come cheap. Covenantal pluralism cannot be fully manifest without carefully crafted protections codified in law, as well as resilient cultural norms and habits of respectful engagement – especially the art of agreeing to disagree, agreeably.

But neither is covenantal pluralism merely a utopian dream, ahistorical and unconnected with lived experience. Rather, the covenantal pluralist paradigm is a realistic socio-political aspiration, one with relevance, appeal, and precedents across the world’s many religious/worldview traditions. In the American case, for example, many of the principles of covenantal pluralism were foreshadowed by Roger Williams (c.1603-1683), an early champion of freedom of conscience who founded Rhode Island on what he called a ‘covenant of peaceable neighborhood’.

So as we recall the anniversaries of the ICCPR and the ICESCR, let us also commit to the kind of pluralism within which human rights have a chance to flourish. In America, and around the world, (re)discovering of the path of covenantal pluralism is not only the right thing to do in terms of universal moral ideals, but also a practical strategy for social progress and therefore consistent with every society’s enlightened self-interest.

This is a slightly expanded version of an article which was originally published in the LSE Religion and Global Society blog and is based on the recent journal article: “Toward a Global Covenant of Peaceable Neighborhood: Introducing the Philosophy of Covenantal Pluralism” by the three authors cited at the top of this page.