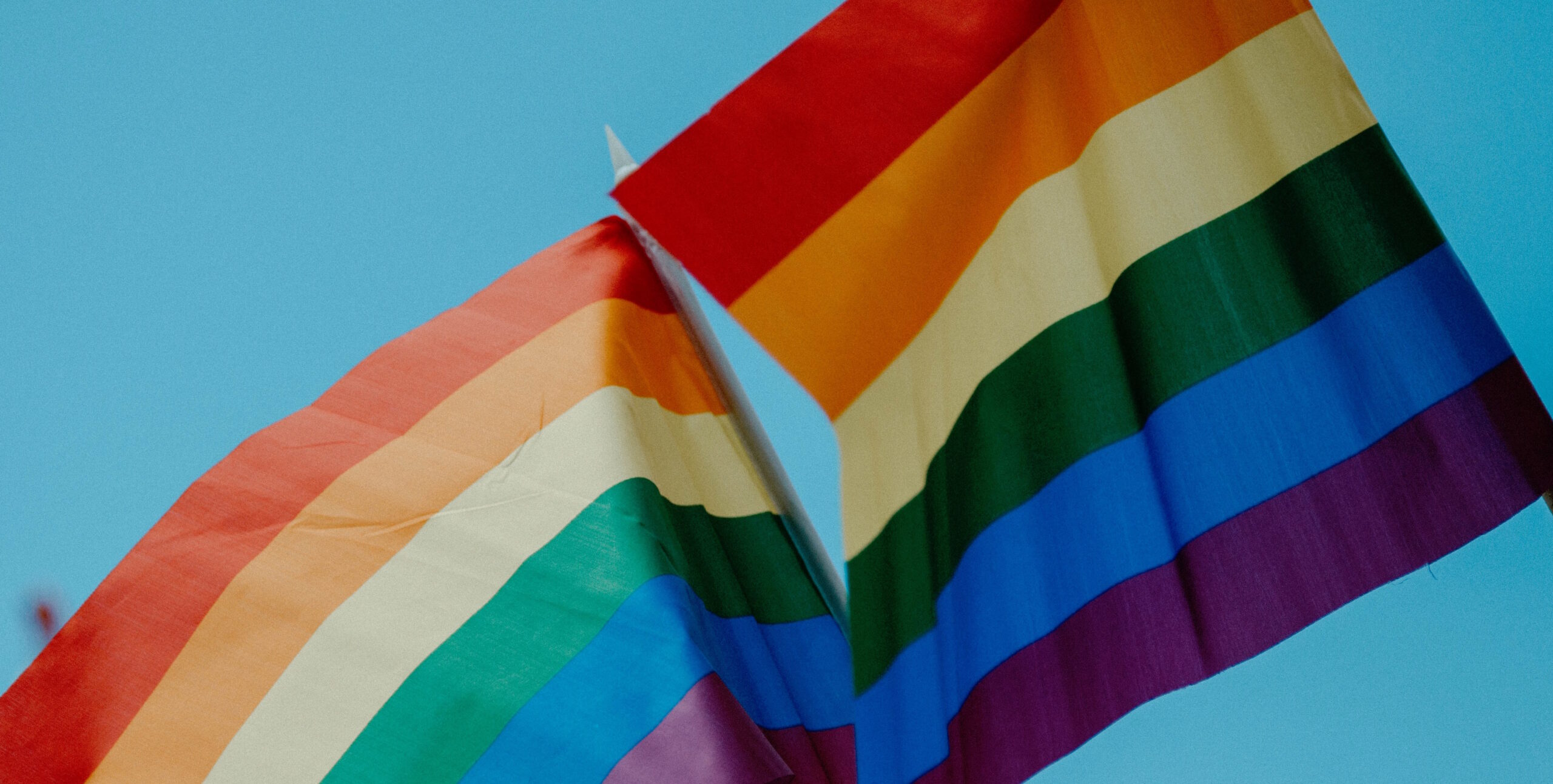 Kristof Eger scrutinises the polarising new legislation which has pitted his country against the European Union.

Viktor Orban occupies a divisive niche in European politics. For some, the Hungarian Prime Minister’s stance against illegal immigration and his support for traditional family values are a much-needed backlash against the liberal excesses of a Europe which seems to be forgetting it’s Judeo-Christian roots.

For others, especially many outside of Hungary, Orban is a dangerous populist, often spoken of in the same breath as France’s Le Pen, Italy’s Salvini and former American President Donald Trump.

But one thing people can agree on is that a stark divide exists between the current political values and priorities of countries such as Hungary or Poland and many other governments in Europe.

Most recently, Hungary’s amendment of its Child Protection Act, often labelled as the ‘anti-LGBT law’, sparked a wave of controversy, prompting calls for the EU to take legal action against Hungary.

The widespread claim, propagated by major news outlets, was that the Hungarian government had introduced legislation aiming to curb LGBT rights by deliberately conflating homosexuality with pedophilia.

Since the bill forbids the ‘promotion’ of gender transitioning, pornography and homosexuality among those deemed to be minors (both in schools and on TV), its critics claim that certain kinds of literature could be banned in schools under the new regulations, citing classics such as the works of Shakespeare, Sappho or Thomas Mann, as they touch on the aforementioned topics.

Prominent critics of the bill include the Dutch Prime Minister Mark Rutte, who suggested Hungary should be ‘brought to its knees’, and French President Emmanuel Macron who stated that a ‘cultural and civilisational war’ needs to be fought against countries like Hungary and Poland, which over the past years has also faced much criticism for it’s family policies.

Even the UEFA was put under considerable (albeit unsuccessful) pressure to take a stand and light up the Munich football stadium in rainbow colours during the German-Hungarian 2021 European Cup game.

On the surface it seems as though Hungary is in breach of European norms and international law. Yet is the current bill really designed to erode LGBT rights?

On closer scrutiny, the picture is more complex.

Reading the text of the law, it simply defends the rights of parents to decide what sexual education their children receive. Rather than restricting the rights of adults who define themselves as LGBT, the bill concerns itself solely with safeguarding the physical, emotional and moral well being of children in education.

Defenders of the law see it as a welcome protection and promotion of parents’ right to decide what’s best for their child in a fundamental area of life, namely their healthy sexual development right up to adulthood. The law regulates what type of content children can be exposed to when outside of their home and under the supervision of educational institutions.

The law’s supporters likewise argue that reading the bill makes it obvious that, whilst it does all the above, it in no way affects the personal choices of any adults in Hungary who might define themselves as LGBT. Instead its principal thrust is to defend the position of parents as principal educators of their children, above and beyond the State or any other group. Consenting adults can exercise their rights while parents can exercise greater control over what their children view.

It is worth considering the broader context: The Orban administration has been governing the country with a democratically elected two thirds majority since its victory at the polls in 2010. This came after forty years of Communist dictatorship (till 1989) and twenty years of an uncertain search in the country for political direction.

The 2010 elections brought a strong political mandate to the Fidesz government, backed by a massive majority of the population. According to polls the mandate given to the Fidesz party was based on voters’ deep seated desire for change that would lead once more to a sovereign Hungary both in the economic and political sense.

As one of its first actions, the Fidesz government amended the Hungarian constitution in 2011 to recognise formally the family as the core economic and social building block of society. Policies were then introduced which aimed to remove the social and financial barriers hindering  young people from starting families. These include tax exemptions for women with four or more children, loans for families, and support for grandparents who provide childcare. The latest bill could be seen as part of that trajectory.

Arguably one of the main reasons behind the Orban government’s ensuing popularity is the deep-seated desire of the traditional Hungarian middle classes to restore the social and economic power of families (completely eroded under Communism) and strengthen Hungarian national autonomy, which is recovering from decades of Moscow-directed rule and post Communist privatisation by Western European countries.

Thus, Hungarian lawmaking is particularly sensitive to retaining the right to make decisions in matters which are national legal competencies under EU subsidiarity regulations, even when the EU seems to ignore such regulations itself. These include questions concerning education and family policy along with the current bill.

More specifically within the context of the family, the Hungarian constitution encourages, supports and protects the desire for parents to raise children. It states that ‘every child has the right to the protection and care necessary for his or her proper physical, mental and moral development’.

The Hungarian Child Protection Act, the so-called ‘anti-‘GBT law’, would thereby be a measure to attempt to safeguard such protection and care and defend the competency of parents – and not other bodies – to decide in these areas.

Whether it’s a misunderstanding or a deliberate move against Hungary’s pro-Christian and ‘pro-family’ social policy, the undertones of the current international outcry are certainly similar to previous protests against other related decisions taken by the Orban administration.

One only needs to remember the international pushback when last year Hungary, in response to what many saw as the Europe-wide erosion of the definition of marriage, once more amended the constitution to reaffirm the definition of ‘family’ as a union between a man and a woman and their respective children.

Hungary continues to be a deeply family oriented country based on Christian tradition, and those who support Orban’s government believe its right to understand marriage and sexuality according to its traditions should also be respected.

Hence the public school system in Hungary will continue to teach homosexuality as part of the biological reality of sexuality. Similarly, while classic works (including Shakespeare, Sappho and Thomas Mann) will still be taught in schools, children under the age of 18 will be shielded in public from digital content that displays explicit sexuality.

Naturally, the freedom of parents to teach and show their children whatever they deem fit and the liberty of adults to live in the manner they prefer will also continue to be guaranteed.

Returning to the bill at hand, there is no doubt that pressure is mounting against it. Ursula von der Leyen, President of the European Commission, referred to the bill as ‘shameful’ and promised a thorough investigation of it. Whilst she and the Commission both have the power and the duty to assess whether any given national bill is in accord with European law, her statement is a clear indicator of the lack of impartiality Hungary can expect once formal procedures are launched.

Thus the deeper question to be resolved is this: How far will the future EU require political conformity and adherence from its member states even when it affects national competencies?

The current controversies around Hungary and Poland but also much of the debate around Brexit reveal the serious implications of this question.

The EU which Poland and Hungary joined in 2004 was arguably closer to the original vision of its founders: the idea being that countries which trade with one another become economically interdependent and so more likely to avoid conflict.

After observing the role Brussels has played in recent years in major political topics like migration, LGBT issues and climate change, one sees in practice the ever intensifying involvement of Brussels as an independent political actor within the EU.

Whilst this is not necessarily a detrimental evolution of the Union, it certainly creates tension between those members who would rather keep it as a place of free movement and trade and those striving for a politically ‘United States of Europe’.

As we wait for a decision from the European Commission, we can ponder on the bigger question at stake here: who is best placed to decide what is good for children? Is it a government, NGOs representing their respective causes, or those children’s parents?

The message of the current legislation is loud and clear: parents have the right to raise their children in the way they think best –  including what sexual education they receive in school.  What this will mean for Hungary’s relationship with the rest of Europe will continue to be debated.

Kristof Eger is a Hungarian business and communications professional with a keen interest in public discourse. In his private and business life he helps people discover deeper insights, so that others can run better businesses and lead more meaningful lives. Kristof is married and recently became father with a son.