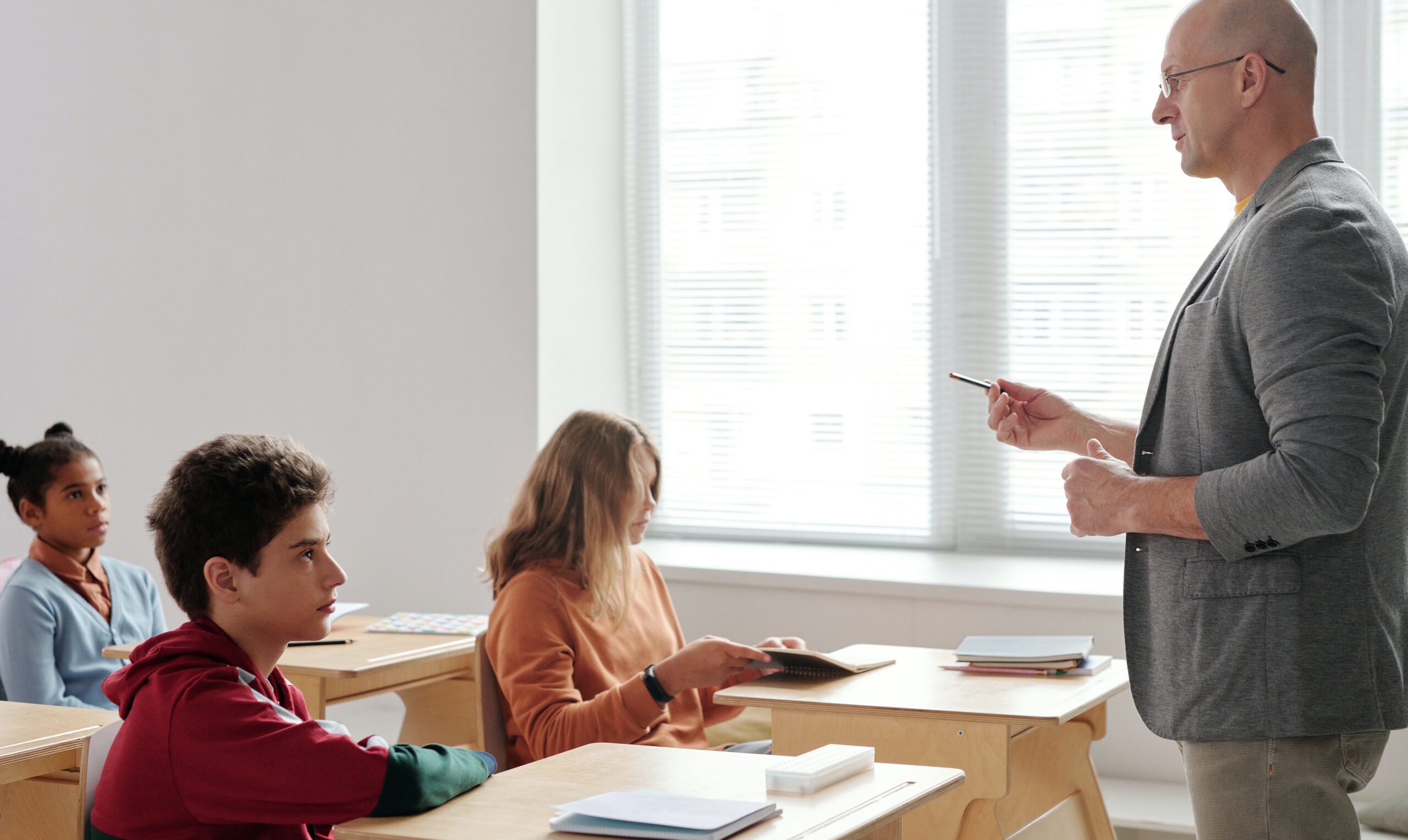 Maria Patricia Williams examines the many methods teachers have used to encourage positive values in the classroom.

Gone (fortunately) are the days when zealous schoolmasters sought to flog virtue into children. But how can schools promote goodness and what is the good life anyway?

The question is certainly very topical. The British government’s Department for Education’s website has many documents addressing behaviour and discipline in schools, while a search for ‘moral education in schools’ on Google Scholar produces 3,330,000 results.

Yet this interest is not new. It has appeared in public discourse since the founding of state-funded elementary schools in the mid-nineteenth century in Christian-majority countries in Western Europe and North America. (Many Muslim, Hindu, and Buddhist-majority countries did not experience the establishment of national education systems until later). Over this long history, three kinds of practice have become evident: pedagogies of fear, science, and love.

Pedagogies of fear aim to engender apprehension, even terror, about the consequences of unacceptable behaviour, as a means of preventing it.

Harsh and humiliating punishments administered by teachers have formed part of this pedagogy. In 1845 in England, an inspection report by Reverend F Watkins HMI referred to the ‘discipline of fear rather than of love’ which he encountered in many schools he visited .

In that same year 89 per cent of the 163  schools seen by Watkins used corporal punishment for pupils caught talking or laughing in class, inattention, disobedience, and lateness.

It was not effective, and behaviour was worse than in the schools not using it.

But despite much opposition to corporal punishment, it was not banned in state schools in Britain until 1986 and remained legal in independent schools until 1998.

Pedagogies of fear are often connected with faith education. In Spain in 1917 Father Casulleras, a Spanish promoter of the Montessori Method, wrote about a priest friend who considered Montessori’s approach, which eliminated rewards and punishments, as being contrary to Catholicism which this priest viewed as ‘founded on rewards and punishments in the afterlife’.

Yet Father Casulleras, like Reverend Watkins, thought that punishments were not an effective means of improving pupil behaviour and forming ‘good Christians’.

He observed that they produced inequality and pupil resentment towards the teacher. In the same period in France, secular theorists, critical of Christian moral education, hoped to introduce moral reasoning into the school curriculum. But in spite of this, the social historian William Bruneau has shown that, in practice, indoctrination to engender fear was common: ‘the hell of alcoholism,” he writes, “the horrors of unemployment, and the degradation that followed on hedonistic life as the night the day – all were vividly portrayed in picture, text, and object lesson, and in every public school of the land.”

The thinking behind scientific pedagogies emphasises providing the teacher with classroom methods to address both the intellectual and moral development of the pupil.

The term was used widely in the nineteenth and early twentieth centuries, a period which separated religion and science in education. Some of the best-known pedagogical theories of the period were, however, informed by the Christian faith of their creators, for example the Pietism of  Johann Pestalozzi, the Lutheran Protestantism of Friedrich Froebel and the Catholicism of Maria Montessori. These pedagogues wrote about their educational theories and set up model schools.

All three emphasised the importance of considering the needs of the individual child.

Pestalozzi believed that children responded to a balanced approach which developed the powers of ‘Head’, ‘Heart’ and ‘Hands’.

Froebel and Montessori focused on the  formation of young children, with Froebel later becoming known as the inventor of kindergartens. Maria Montessori referred to her method as Scientific Pedagogy, and developed it through many hours of studying young children by using didactic equipment she had developed.

During the nineteenth century, some governments in continental Europe promoted scientific pedagogies by requiring teachers to study them and gain a certificate if they were to teach in any school, private or state-funded.

This was the case in France from 1833 and Italy from 1859. By doing this, politicians hoped to weaken Church education – however, this did not prove to be the case, as many in Church schools embraced new methods. Catholic teaching sisters also played a part in spreading these European scientific approaches through their transnational organisations. The Sisters of Notre Dame de Namur, for example, brought them to the training colleges they established at Mount Pleasant in Liverpool (1853) and Dowanhill in Glasgow (1895)

Pedagogies of love are based on the understanding that pupils develop virtues through experiencing loving kindness from their teacher.

These virtues or dispositions facilitate their intellectual and moral development and can include perseverance, humility, charity, courage, patience, self-reliance, and respect, insisting there is no place here for humiliating punishments. Relationships are central to these methods as is the example of the teachers.

As with scientific pedagogy, studying the needs of each child was important. Saint Marie Eugénie Milleret (1817-1898) founded the Religious of the Assumption in Paris in 1841. She advised her teaching sisters to ‘try to know each girl individually; then, respecting her personality, use all natural inborn qualities to build a fine character’.

She understood that a loving approach to each pupil was not always easy and so she advised the sisters: “You must love her and to love is not always easy, especially when the defects which are naturally repugnant are in the person we want to love.”

Like many other Christian educators, Marie Eugénie’s teaching sisters saw scientific pedagogy as a means of  implementing her pedagogy of love in the classroom. For example, in London from the 1920s, they used the Montessori Method.

Many Christian teachers who  adopted pedagogies of love also saw morality and spirituality as inseparable, hoping  to reproduce their own relationships with a loving God with their pupils.

They also hoped that their pupils would in turn develop a loving relationship with God. Mother Mary Charles Magdalene Walker is a good example. She established schools and teacher training centres in Calabar in Nigeria between 1923 and 1934. She rejected approaches which taught ‘a fault to be merely a fault against their teacher or the school rules’, writing that growth in virtue emerged from pupils’ experience as ‘children of their heavenly father’.

Her approach attracted pupils not only to become teachers but also the founding members  of the second indigenous African congregation, the Handmaids of the Holy Child Jesus. Today 779 professed sisters continue to use her pedagogy of love in 89 Handmaids’ schools in Nigeria as well as schools in Ghana, Kenya, Cameroon, Togo and Sierra Leone.

Even if not always implemented, advocating pedagogies of love to develop virtues has been a distinctly Christian feature of moral education and formation in schools. Although a secular tradition of virtue-centred pedagogy goes back to the ancient Greek philosopher Aristotle, secular educationalists made little reference to this in the early days of state-funded elementary schools. Today virtue-centred approaches are widely used by teachers from many different belief systems, religious and secular. The website of the Jubilee Centre for Character and Virtues, led by Professor James Arthur OBE, at the University of Birmingham has many examples of these.

Maria completed her PhD in 2019 at UCL Institute of Education. She has a chapter on ‘Church Religion and Morality’ in volume 5 of the new Bloomsbury Cultural History of Education. She is now researching the work of early English and Irish Montessori educators. Prior to commencing her research she worked in London comprehensive schools.