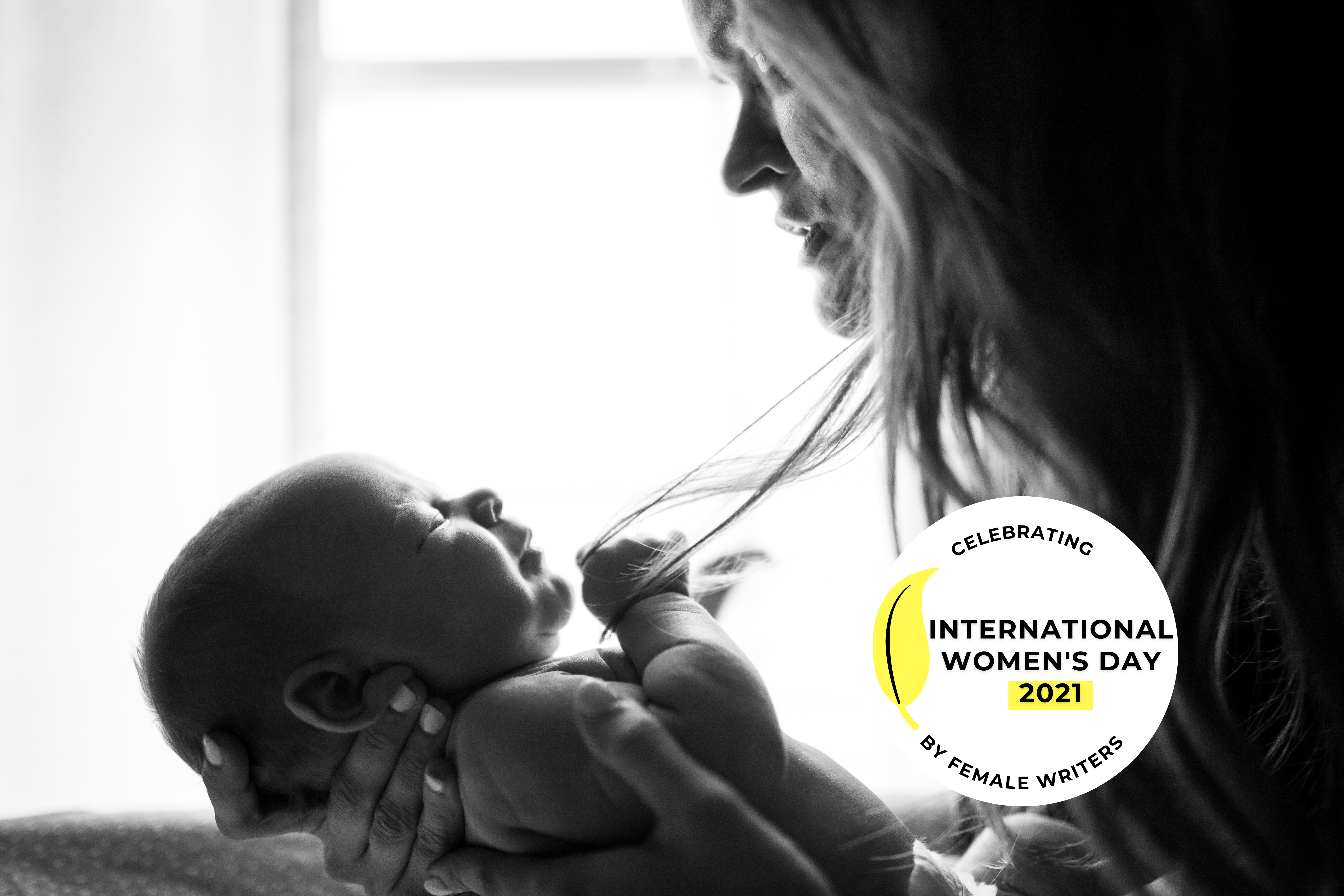 On Mother’s day, Marie McCoy offers an inspiring and honest glimpse into the life of a modern mum.

I received my first Mother’s Day present five years ago. Heavily pregnant with my first baby and probably not in the best of humour, my husband triumphantly presented me with a gift from him and my unborn child.

I don’t remember what the present was, but I do remember the feeling that accompanied it. It was a reminder that I was on the cusp of a new and exciting adventure, that my life was about to change forever and that by the next Mother’s Day a little person whom we had not even met yet would have joined our family forever.

Today is Mother’s Day in Scotland but last Mother’s Day was rather different. My ‘long lie in’ was rudely interrupted by my two small children flinging my bedroom door open to greet me before plonking themselves down on the bed next to me to share my breakfast. The soft toy I was given as a present was also quickly adopted by my elder daughter, never to re-enter my possession.

It may be called ‘Mother’s Day’ but the first lesson you learn as a parent is that from the moment your child is born, nothing is truly about you ever again!

I have always wanted to be a mum. Even from early childhood I always envisioned myself as someday having a family of my own, and while other goals and ambitions came and went, it was a desire which never disappeared or waned.

Now the proud mother of a four-year-old and a two-year-old, some aspects of parenting are just like I always imagined they would be: pushing a giggling child on a swing, snuggling up to read a favourite book together, baking slightly wonky fairy cakes and covering them in icing with far too many sprinkles.

Other parts, however, have been more challenging than I could ever have imagined.

I have been ‘that’ mother carrying a screaming child in full tantrum mode under my arm like a carpet while everyone else looks on and is thankful that it is not them.

I have lived through the many trials of toilet training and the indescribable horrors of the three-month sleep regression. I have experienced the dawning realisation that my body was not going to go back to normal straight after giving birth, and in fact later understood that it will never return to what it was before and is instead marked and changed forever by the efforts of pregnancy and birth.

But of course, to counter all of this, motherhood has also brought me much unexpected joy.

In less than five years, my children have shaped and moulded me into a different and in many ways better person than I was before. I have found patience that I had previously considered myself incapable of knowing. I have stopped rushing around and have learned to appreciate the beauty of nature and the pleasure of simply spending time with those I love. I have stopped caring so much about what other people think of me, knowing that if I continue to try to be the best parent I can be, that will be enough. The love of my two little girls is unconditional.

I have also gained a far greater appreciation of my own mum and the efforts she made to look after my sister and I when we were younger.

On many occasions over the last few years, I have found myself inspired by her example in my own parenting, telling myself that if she managed to do such a good job with far fewer resources and support than I am blessed with, then I can surely do the same.

Being a parent is challenging, tiring and at times relentless. It is having to carry on as best you can on the days when you feel ill or down, or when your mind is full of the problems of adult life. It is the constant feeling of desperately trying to juggle a dozen balls at once and then looking on in despair as some of them slip through your fingers and fall to the floor. Yet, being a parent is also more fulfilling and satisfying than anything else I have ever undertaken or achieved.

Through the eyes of my children, I have come to see that life does not have to be fast paced or exciting to be beautiful. In fact, most of the time it is the very simplest pleasures which are the sweetest.

I will never tire of feeling a little arm around my neck or hearing a little voice whispering in my ear that they love me. My hair may be greyer and my coffee colder, but my heart has never been so full. No matter what I receive for Mother’s Day this year, that, surely, is the greatest gift.