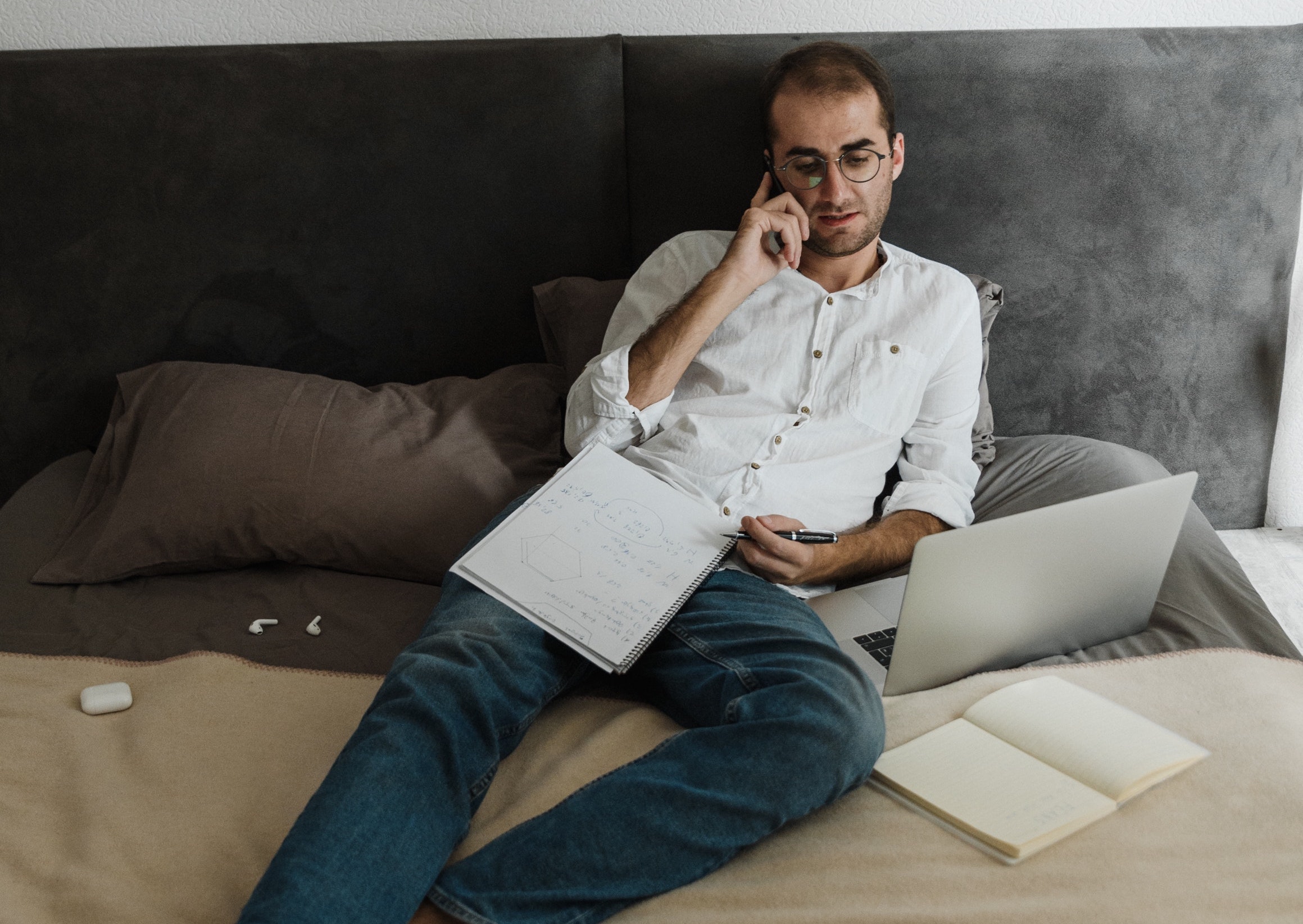 In the ‘new normal’ employers might have to balance ‘iron-fist paternalism with velvet-glove treatment’ if they are to keep their skilled staff, argues Prakarsh Singh.

While COVID has disrupted how, when, and where we work, debates on the future of work itself abound.

There are two schools of thoughts being proposed in the mainstream media. The first view suggests that the future of work will be digital, virtual, collaborative, and that you can work from your bed in your pyjamas. You will be able to work from any place you choose, decide when to work (day or night) and how many days in a week to work to accomplish your task.

This is the laissez-faire approach, so well expressed by that French term meaning simply ‘let do’ – let people do what they want.

The opposing view is the paternalistic RTO (Return To Office) culture where employees will be forced to come back to the office at least three days a week to remain in good standing with their employer. This approach would be closer to what prevailed prior to the pandemic.

But for over 20 months now, a large section of employees globally have become accustomed to working from home and spending more time with themselves or their family. And the two radically different approaches have led to a clash between the proponents of each within teams, companies, schools, hospitals and governments.

A new way needs to be found relating to when, where, and how to work. But how do we formulate it?

Should we rely on data (of which little is available from a post-COVID world), pre-COVID experience and active managerial supervision (which emphasizes the paternalistic model), or on tech leaders (who favour the freer approach)?

The solution to the future of work will not only have an impact on the lives of people, families and marketplaces that rely on an office-culture (eg sandwich bars which provide lunches to offices), it will also affect innovation, productivity and growth at company and national levels.

Companies that adopt the right model will innovate more and survive longer amidst the trimming of profits arising from the low barriers to entry in various markets. With more competitors, prices – and therefore profits – drop.

However, the specific nature of each job, the scarcity of talent, the spillovers across teams and the state of virtual technology will dictate whether it’s profitable for any given company to enforce paternalism or allow liberalism.

Let’s consider an example where there are two types of jobs within the same company – one involves UX (User Experience) designing the look and feel of robots and the other configuring the software inside of the robots.

For the first type of role, the company may need to enforce paternalism, whereas it might allow software developers to work from home (though preferably not from bed!) to configure the software (especially if this approach was necessary to stop them leaving the company).

While such a split seems rational and profit-enhancing, this strategy creates three tensions which would need to be resolved.

First, some designers may decide to get skilled in software engineering to allow them to work from home. Second, companies (eg digital marketing firms) which allow employees to work from home will start attracting designers from the robotic firm as their skill sets get repurposed. Third, there may be innovation gains to the designers and software developers working in tandem in the same physical location which are now being lost in the dual approach.

The liberalism view only holds as long as there is scarcity of talent. If software engineers could materialize instantly (eg by lowering immigration barriers for the developing world), the profitable equilibrium might shift to paternalism for both types of roles.

Similarly, if the spillovers across teams prove beneficial – that is, if gains to working collaboratively in the same physical space across diverse types of roles are high for a product – companies will foster paternalism.

However, as virtual technology gets more advanced, cheaper and user-friendly even for the UX designers, the bias towards work-from-home will push the equilibrium towards liberalism.

Underlying all of these tectonic shifts is the question of replaceability. The more difficult it is to replace any worker who threatens to quit, the more power that employee has over how, when and where they work.

Put bluntly, the longer it takes to replace the worker, the easier it will be for that worker to move from Halifax or Hamburg to Hawaii and work shorter hours.

So, liberal working practices might seem the way ahead. It therefore seems likely that current warehouse workers and college students who value freedom to work from home will decide to re-skill into roles that allow for such enhanced liberty.

But does the Brave New World of working from home foster collaboration? Some studies would suggest it does not.

For example, a new Microsoft study that analyzed communication patterns among 60,000 employees found a greater incidence of team silos in the post-COVID environment.

In other words, groups within an enterprise who share the same expertise are showing themselves to be ever less likely to reach out to other kinds of employees within their organization (eg UX designers with software developers).

This means they are less likely to collaborate with one another or actively allow for diverse and contrasting perspectives in their work. While social media has resulted in echo chambers, work itself might become less innovative until a new type of enlightened paternalism emerges.

This paternalism could be in the shape of coming to the office one day a week (say, Tuesday or Wednesday) and being available to come any other day in the event of an emergency. It would also need to be balanced with either extended holidays or higher pay. Just like a ‘customer’, the highly-sought-after employee is king now and companies which don’t balance iron-fisted paternalism with velvet-glove treatment will vanish.

And to complicate the matter even further, people may have missed engaging socially in person. So, it might not be enforced paternalism that gets people back to the office but a primordial need to connect with other physical beings at least occasionally.

Unless, of course, we become humanoids in the metaverse…