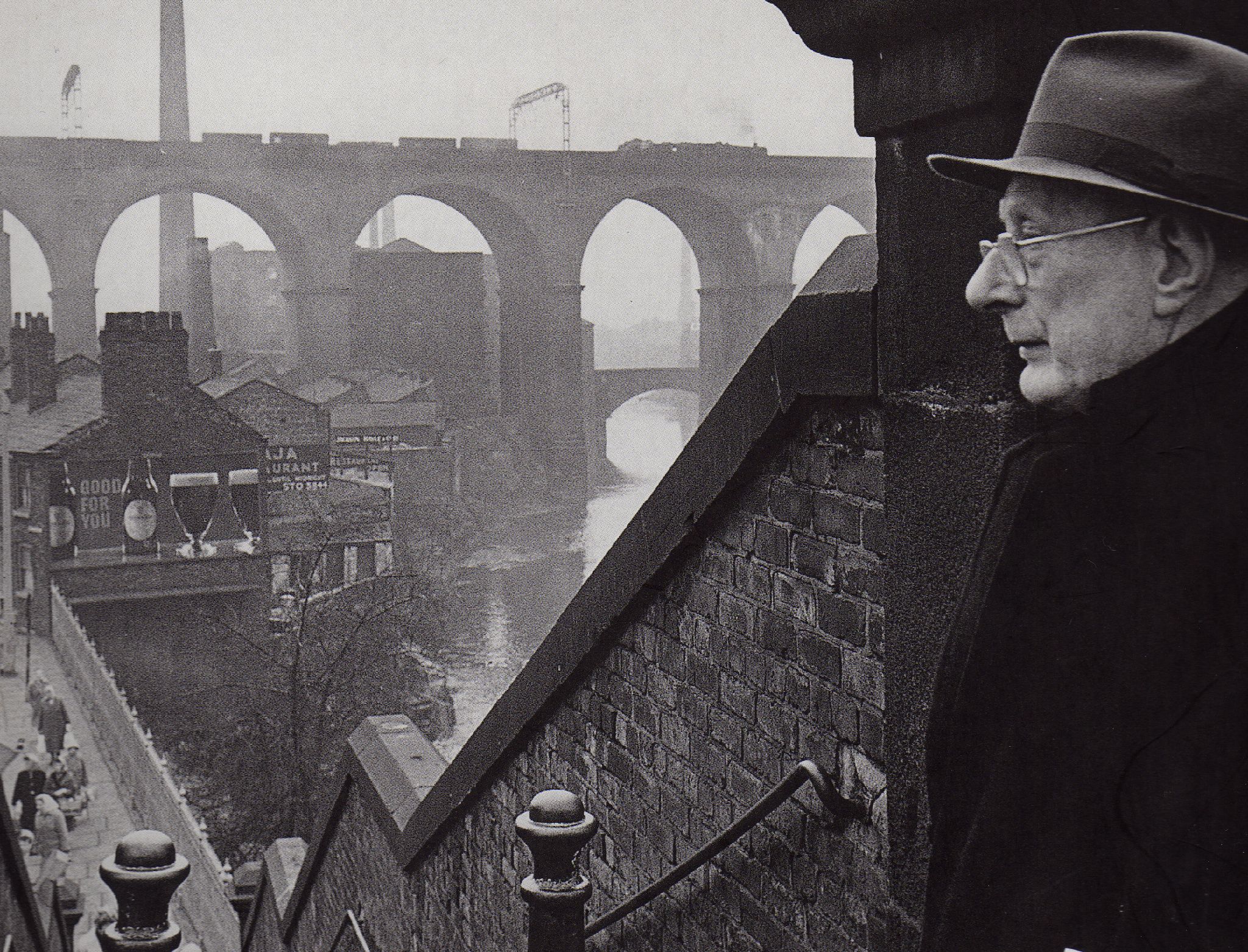 L. S. Lowry’s charming matchstick men are loved and loathed in equal measure. But as Adam Brocklehurst points out, there was more to Lowry than quirky depictions of northern English grime. He has a message for a society coming to grips with a new normal …

Laurence Stephen Lowry, better known to the world as L. S. Lowry, was born in Manchester England in the penultimate decade of the 19th century and was recently the subject of the biographic film Mrs Lowry & Son (2019). He is probably, in Britain at least, the best-known artist of the 20th century, although opinions on his artistic ability are strongly polarised.

Stuart Maconie writes in The Times: “Few great artists have been so co-opted, caricatured or misconstrued. This is the price of popularity.” He notes that many people who appreciate Lowry’s work are not artistically literate or sophisticated. And perhaps there is some truth in this.

Unlike other British masters, such as David Hockney, Tracy Emin or Graham Sutherland, Lowry’s work is sufficiently well known for the average person in the street to recognise a work by him when they see one. Lowry, on the surface at least, seems accessible, which is of course part of the problem.

His idiosyncratic pictures of northern English cityscapes became so much part of the social consciousness during the latter part of the 20th century that the Mancunian singing duo Brian and Michael achieved a number one hit single in 1978 with a song celebrating Lowry and his work, probably a unique honour for a British artist.

The song, with its cheery and somewhat jarring choral refrain, “he painted matchstalk men and matchstalk cats and dogs”, is arguably responsible for much of the mythology that surrounds the artist. (The singers later revealed that they had used the word ‘matchstalk’ rather than ‘matchstick’, both because it’s the local pronunciation and because it sounds softer in the song.)

In the song-generated semi-myth, Lowry was a flat cap-wearing, autodidact journeyman folk artist who wandered the working-class districts of the declining industrial cities of Manchester and Salford articulating in paint whatever he saw.

In reality Lowry was a trained artist. He studied at the prestigious Manchester School of Art, whose alumni include the fashion designer Ossie Clark, the singer Mick Hucknall and the suffragette Sylvia Pankhurst. Far from being a poorly educated son of the slum terraces, he originated in the respectable lower middle class and was employed as a minor civil servant.

Much of the perceived naivety in Lowry’s figurative work must be the result of the tutelage of Adolph Valette, a French artist working in the manner of the impressionists, those anti-academy visionaries who sought to capture the beauty of light and movement on canvas at a time when only formality and the classical repertoire were considered acceptable idioms of proper artistic expression.

Valette is generally regarded as an artist of mixed ability. His Self Portrait Study (1912) skilfully recalls Degas’s 1865 portrait of the great Austrian patron of the arts Princess Pauline Metternich, now in the National Gallery in London. Yet his large oil Old Cab at All Saints, Manchester (1911) in contrast, seems at best a preparatory work, not approaching the diaphanous style of Monet, who could say so much with just a few strokes. Here the figures are poorly executed and awkward.

There seems to be a direct family connection between the inadequacies of Valette’s handling of the figurative in his landscapes and the later stylistic approach of his protégé Lowry.

That’s not to take away from Lowry’s ability. He is in my opinion one of the finest post-impressionist landscape painters England has ever produced.

Unfortunately, like his Suffolk-based 18th century predecessor, Thomas Gainsborough, his undoubted ability as a painter of landscapes gets lost – in Lowry’s case due to the obsession with those “matchstalk men and matchstick cats and dogs.”

Some of his most powerful works focus on churches. Often there is little or no figurative representation in these works, which allows one to fully enjoy Lowry’s skill with line and perspective.

His urban landscape St Augustine’s Church, Pendlebury (1924) is surely a masterpiece. The great austere nave of G. F. Bodley’s 1871 church dominates the canvas. A dark monolith, the details of the church are present but indistinct, being rendered in shades of black, grey and brown and the landscape it towers above is both oppressive and grim. Lowry has exaggerated the proportions, making the building appear much taller than it is in reality, and reduced the surrounding monuments, so the scale plays tricks with the eye; it disquiets the viewer. It resonates with a sense of isolation, there is an Orwellian atmosphere of incipient disaster.

St Augustine’s church was built at the tail end of what was considered a great period of religious revivalism in Britain, during which time churches of all creeds shot up like mushrooms throughout the British Isles. Architecturally it was a visible reaffirmation of faith after the enlightenment had supposedly pulled open the curtains to throw light on the “irrationality” of belief.

Lowry’s native Manchester built dozens of churches, a veritable babel of differing denominations. The builders must have believed, rather like Kevin Costner in Field of Dreams, that if they built a church people would come. In reality few did. While a handful of churches thrived, many had small congregations from their very inception, and by the time Lowry started painting professionally, in the first decades of the 20th century, many of the churches were already struggling. By the time of Lowry’s death in 1976, countless churches were derelict and awaiting demolition.

Lowry was fascinated by derelict buildings and bombed cityscapes, and both were plentiful in the aftermath of the World War Two. He was fascinated too by the psychology of abandonment, loneliness, of buildings on the margin, of liminal places. Alfred Hickling writes

To me his work resonates with hopelessness, perhaps the hopelessness of a man who can see exactly what is on the horizon.

And that is the secret of Lowry. Rather than being a mildly voyeuristic artist who sought out the working classes as an outside observer, he captured a world in flux, a world that hovered between the inevitable death of then and whatever was about to come. A post-Christian, post-industrial world where the local is about to be replaced with the global. A world where the cobbled roads would soon be asphalted, and the looms would fall silent in the weaving sheds, bringing to an end Britain’s industrial might.

Lowry is recording the painful death throes of a civilisation that had considered itself great and permanent, at a time the sun was well and truly setting on the British Empire.

Remove the figures and the bleakness that permeates every canvas becomes obvious. The same palette of blacks, browns, puce, all colours of death, where illness and utilitarianism reign supreme. It is in Lowry’s landscapes that his nihilism becomes apparent.

Lowry has been rehabilitated from the parochial, and so he should be – his works have much more to say than they are credited with. His paintings not only record the angst of the man with much more aplomb and imagination than might seem possible in a recorder of landscapes, they have something to say – or at least to ask – now as we again enter a new period of flux, a time when Covid-19 has altered our certainties, our employment, our family relationships.

Lowry’s artistic analysis is not very hopeful but at least he was aware of the challenge. And so should we be. The old world is on its way out once more, what awaits us over the horizon?