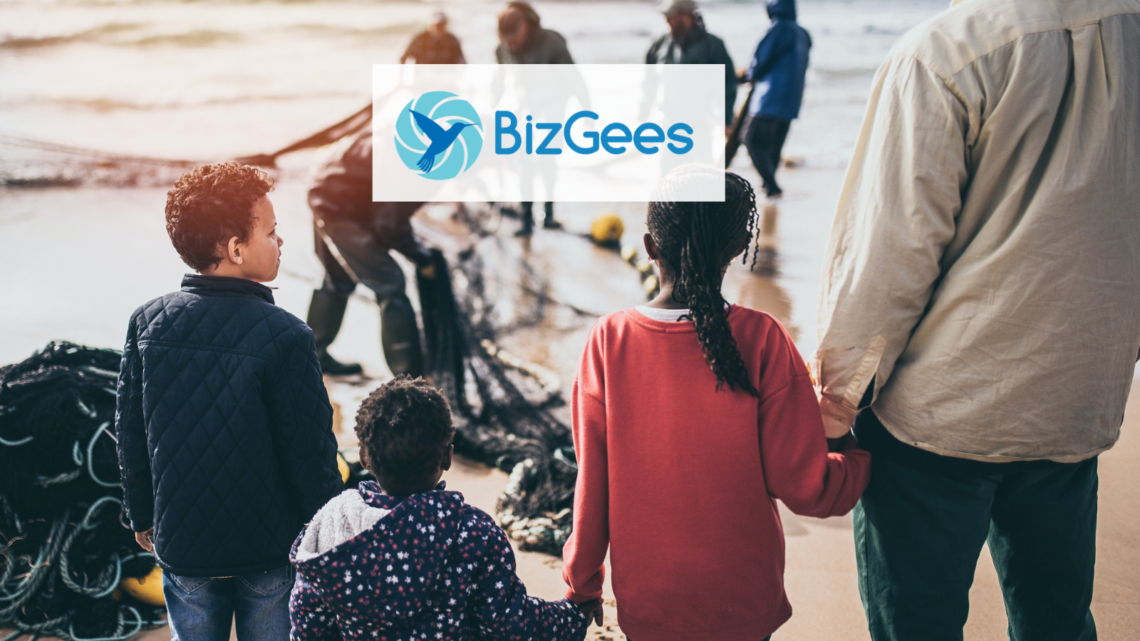 Mia Taylor warns that too much emphasis on numbers can inadvertently dehumanise the plight of those in need of welcome.

As you read this, one in every 110 people in the world is displaced. At 70.8 million people, the scale of refugee movements seems more daunting than ever. It is hard to define the current situation as anything other than a global refugee crisis. Yet does this help?

Richard Branson was recently quoted as saying: “The number of refugees worldwide has reached unprecedented proportions.” Yet is this statement true? Is the current scale of displacement larger than it ever has been? Whether emphasising the magnitude of refugee movements has the effect of drawing people in to help or not is the question we should be asking. We need to assess if the alleged size of refugee movements is accurate. Alongside this, we also need to look at whether this emphasis on the enormity of the problem actually helps in attempts to solve this crisis.

The scale of refugee movements

Benjamin White is a senior lecturer at the University of Glasgow. He specialises in the history of refugees and statelessness in the world at large. Writing for The New Humanitarian, White addressed the scale of refugee movements and the historical accuracy of claims that there is a ‘global refugee crisis’.

His conclusions are perhaps surprising. In relation to recent 20th century history, he says ‘these claims are usually incorrect…the people making them rarely know any history’. The Second World War is crucial to his evidence. It remains one of the largest instances of displacement of peoples ever. Combat operations, ethnic cleansing and the fear of genocide uprooted millions. Around 200 million people became displaced across Europe and Asia alone. So the current numbers would need to ‘double or triple to approach truly “record-breaking” or “unprecedented” levels’. Historically, we have already dealt with an even greater scale of refugee movements.

So, why has there been an overemphasis of the present scale of refugee movements? Firstly, we must look at the accuracy of the recording of statistics. The UNHCR is a branch of the United Nations dedicated to protecting refugees, the forcibly displaced and stateless. They first began collecting statistics in 1951. But those included in these statistics were fewer in number than today. The UNHCR didn’t have responsibility for all refugees until 1967. Before this, they only included those displaced earlier than 1951.

Even greater knowledge gaps are to be found in the recording of internally displaced peoples (IDPs). Presently, IDPs make up two thirds of the total number of displaced persons in UNHCR’s current figures. The UNHCR has only had responsibility for IDPs since the 1990s. Hence, the statistics before this were significantly smaller than they might have been.

White also indicates that governments ‘which may be to blame for the displacement’ usually don’t want to include IDPs in their refugee totals, thus artificially suppressing the numbers. Displacement figures across decades have excluded huge sections of displaced peoples. The Glasgow academic says: “They don’t tend to include the 10 million or more people displaced by the partition of British India… [or] the three million or so Algerian Muslims forcibly relocated during the war for independence from France.” As such, these statistics clearly exclude millions of people.

Relativity is also a key consideration when considering the true scale of the world’s refugee crisis. White underscores that ‘relative to the total global population, today’s figures are not exceptional’.

The global economy is also an important factor. Our global capacity to give economic support to displaced peoples is greater than it has ever been. This is combined with more agencies to provide help, be they state, international, or non-governmental. Hence, our ability to help refugees is far greater than it ever has been.

So why has White pointed out that the current scale of refugee movements is not as large as it seems other than for historical accuracy? It is because these claims are counterproductive. Most were made in good faith. Emphasising the urgency of the situation surely puts more pressure on world leaders to act. This should – one might think – result in solving the crisis faster and more effectively.

Yet, White argues that this stress stimulates fear ‘leading to paralysis rather than action’. Across the globe, rhetoric employed in explaining refugee movements proves disheartening. Notions of ‘millions of refugees banging at the door’ fuels anti-immigrant discourse. Such narratives have gained traction in recent years across Europe. Melanie Nezer echoes this sentiment in a TedTalk. The refugee movement only became news when refugees came to Europe, and ‘all of a sudden everyone said this is a crisis’.

In discussing the unprecedented scale of displacement, we reduce its complexity. Likewise, we dehumanise refugees. The language of refugee movements as a collective ‘crisis’ threatens to make it overwhelming. Summarised by White: “You can’t feel sympathy for a statistic..[and] the world’s displaced people deserve better than that.”

The history of refugee movements

Refugee movements have long been a part of our history, reaching across the globe. So, it is important to shed light on the peculiarities of 20th century movements.

Refugees fled from Nazism and Fascism as early as 1933. Later in the century, post-war Polish refugees spread across the globe. In the 1940s, the partition of India and the Palestinian Nakba triggered more movements. From the 1950s, Hungarian refugees fled violent Soviet invasions. They went to the United Kingdom and the United States. The brutality of decolonisation dominated refugee movements in the 1960s. In the same period, the Prague Spring saw displaced peoples escaping violence.

In the 1970s, refugees originated from areas as far apart as Chile, Uganda and Vietnam. The 1980s witnessed the displacement of Soviet, Tamil and Kurdish persons. The Gulf War produced refugees in 1991. Ethnic cleansing in Bosnia further added to refugee movements in the 1990s. The start of the 21st century marked thousands more fleeing from the US invasion of Iraq. It likewise signalled the beginning of the Colombian refugee crisis, continuing today. The current locations of refugee crises are many: Syria, Yemen, Rohingya, Venezuela, are just a few.

Iman, Freddie Mercury, Rita Ora and Shakira are just a few notable refugee artists. These global talents were part of the global refugee movements described above. Human beings, not statistics, are refugees.

Refugees as people, not statistics in Europe

The language of a ‘refugee crisis’ abstracts the real people involved. We need to do better than simply compile the statistics framing current refugee movements. Instead, we need to recognise the voices of people for whom being a refugee is a reality.

In a 2017 Ted Talk at the University of Exeter, Nujeen Mustafa explained that she hates the word ‘refugee’ – a ‘word that has lost its meaning’, as she put it. Mustafa tells a tale of her own epic journey from Aleppo, Syria, to Europe. The danger of the journey was exacerbated by her being a young woman in a wheelchair with cerebral palsy. She states: “We need your compassion as much as we need your shelter.”

Mustafa echoes the view that refugees have become numbers, not people. Mustafa hates the word refugee also because ‘it has become synonymous with a plague, a swarm, a disease that is feared to spread here in Europe’. Describing the arrival of refugees as ‘the nightmare that haunts every decision-maker in Europe’, Mustafa exposes the harshness with which refugees are all-too-often treated. We do not see refugees as people, but as a problem.

Mustafa emphasises that the most important takeaways from her talk can be found in four short quotes: One, “I am not a number. [I am] A human.” Two, “I did not come here because I wanted to, but because I had to.” Three, “different is not dangerous.” And four, “few things in this world are worse than feeling like an unwelcome guest.”

Mustafa’s voice resonates when considering that developing countries host most of the world’s refugees. Arduous journeys across land and sea mean the displaced settle mostly in neighbouring countries. These are most often Turkey, Uganda and Jordan.

President of the International Rescue Committee, former UK Foreign Secretary David Milliband highlighted that Europe actually hosts very few refugees. In fact, the scale of refugee movements to Europe is not that large.

Milliband believes the least we can do is make the lives of refugees in camps better than it is currently.

Helping poor and middle-income host countries will in turn help these people. The refugee crisis is ‘manageable, not insoluble’, he says. It needs a global solution, foregrounding compassion and collaboration.

In turn, these narratives exploit fears generated by notions of an insoluble refugee crisis. Most significant, it abstracts the voices of real people whose everyday lives are lived within refugee movements. Communicated by the impressive voice of Mustafa, refugees are people first and foremost. We need to approach helping them as a global and shared issue.

Europe itself has taken in very few refugees. Rather than freezing in our perceived sense of its scale, we need to reframe our conception of refugee movements. Only by doing so can we help in meaningful ways. Humanising the issue is essential. We need to be careful that in trying to shock our leaders into action we don’t do anything which drowns out the voices telling the stories we need to hear.

This is a very slightly edited version of an article which was first published in BizGees, a team of professionals using their commercial expertise to support refugee entrepreneurs in new and innovative ways. It is reproduced here with their permission. For the original article, see here.