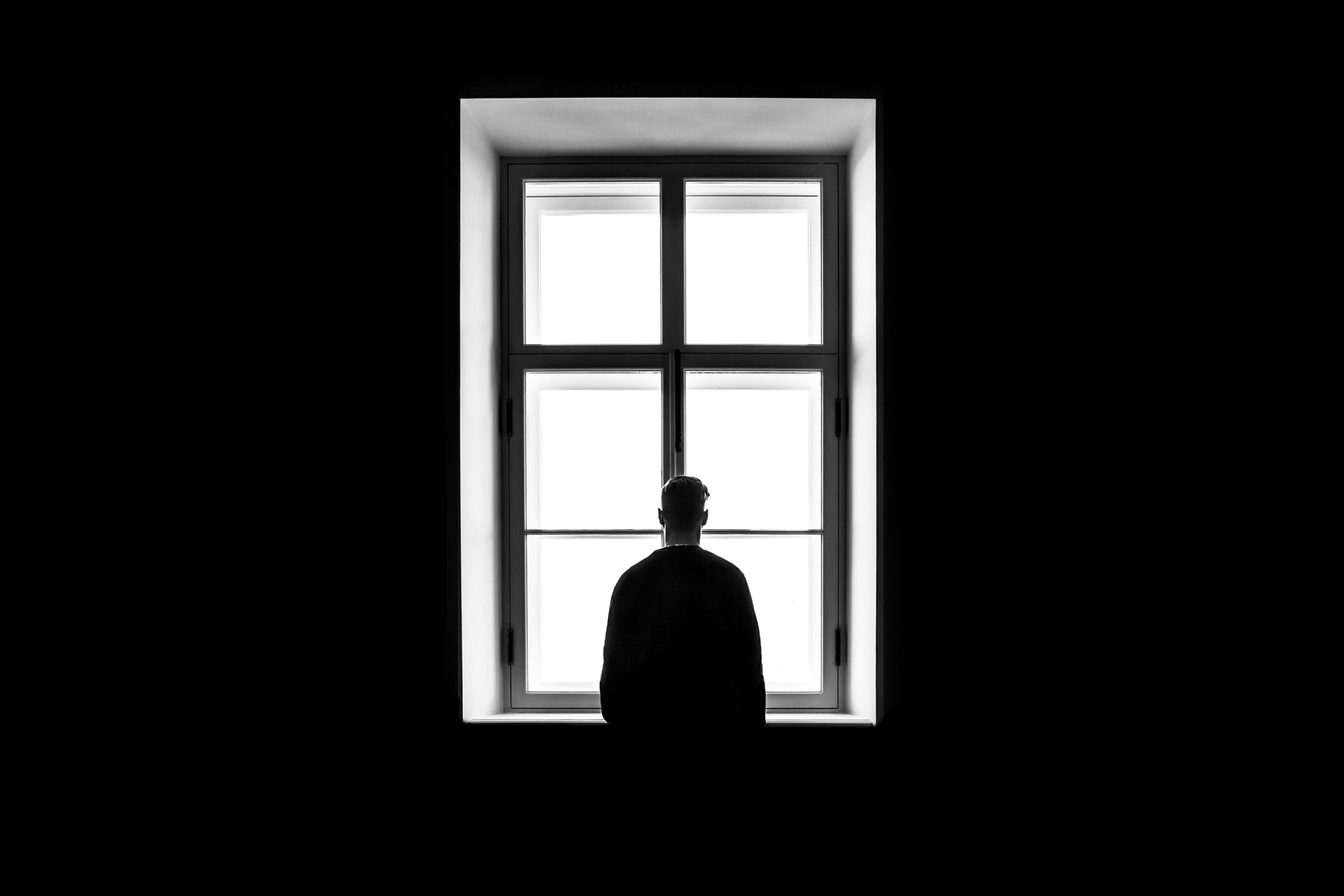 What does it mean to be mentally healthy or unwell? Until very recently, our understanding of mental health and well-being was predominantly focussed on health as the absence of illness. As long as we were not clinically anxious or depressed or frankly psychotic, we deemed ourselves healthy.

Although this erroneous view was challenged by the World Health Organisation as long ago as 1946, we have been slow to change our view. According to the WHO, health was defined as “…a state of complete physical, mental and social well-being and not merely the absence of disease or infirmity.” The importance of this definition, which has more-or-less withstood the test of time, is in the recognition that health/well-being is something other than the simple absence of illness.

Our understanding of mental health and mental health disorder is changing and evolving. Thirty years ago, when I began my career, we subscribed to certain fixed truths. Over time, those truths appear a little less fixed.

So whereas once we almost always considered psychotic difficulties as related to brain dysfunction, now we are much more open to the idea that social factors and life events, usually of a traumatic nature, play a greater role than had previously been presumed.  The world we live in is changing at an almost exponential rate. Increased forms of communication and greater connectivity have led to developments unthought of even a decade ago.

Our lives have been transformed by the digital age. But progress may be posing its own novel risks and our mental health may be the victim of our technological advances.

It is also important to remember that mental health does not exist in some isolated space separated from external social contexts. Throughout history, what we have considered ‘diseased’ has, to some extent, revealed more about the society making the judgement, than the individual so-judged. Typically those who do not reflect societal norms and expectations have been branded in some way defective.

Across the centuries, concepts of social ‘success’ and ‘failure’ have been objectified and become uneasily associated with concepts of well-being and disorder. In our post-modern times, I wonder if the casualties of the loss of social scaffolding (through supports such as faith, family, solidarity and sport) have become the new residents of a virtual Bedlam.

All of these considerations left me considering … there are a number of possible postmodern risks to mental ill-health. I would cite four in particular:

feelings of being overwhelmed,

and issues in the workplace.

Loneliness is not about being alone but is something to do with the subjective experience of isolation, being without some needed relationship or set of relationships.

All of us have experienced loneliness at some point as a relatively fleeting sensation. It is when loneliness becomes chronic that we become psychologically worn down. Demographic changes, such as increased numbers of divorced older people, rapidly-aging communities, and reduced social cohesion across communities have led to increased numbers of isolated and lonely people whose circumstances pose significant threats to their mental and physical well-being.

In spite of the fact that mental health and mental difficulties are much more discussed than ever before, the stigma of mental ill-health remains a significant strain to many people. People who experience mental health difficulties are doubly challenged: struggling with symptoms and disabilities from an underlying condition while facing challenges resulting from public stereotypes and misconceptions about mental ill-health. Stigma is closely associated to discrimination and being discriminated against has a debilitating effect on self-esteem and confidence. Evidence suggests that a general (erroneous) consensus remains that people with mental health issues are unreliable and even dangerous.

The fast pace of contemporary living leads many people to feeling overwhelmed, either in the workplace or in their personal lives.

Feeling overwhelmed has been described as a 20-foot wave crashing against you, an experience leaving people feeling almost frozen or paralyzed.

This feeling of being overwhelmed may manifest itself in intense emotions like anger, irritability, worry, doubt or helplessness and may result from bereavement, separation/divorce, unexpected financial problems, job loss or any combination of these factors or a number of other stressors that are part of modern life. Feeling overwhelmed is the end product of things just mounting up and becoming seemingly unsolvable.

The workplace can have significant implications for mental well-being. Recent statistics suggest that one in seven people experience mental health difficulties in the workplace, and that women in full-time employment are nearly twice as likely as men to have common mental health problems. Thirteen per-cent of all sickness absence days in the UK are attributable to mental health and work itself can be a contributing factor to this.  Although employment is generally good for mental health, negative work environments can lead to significant mental health difficulties. Job stress, which occurs when the requirements of the job do not match the capabilities, needs, and resources of the worker, and issues like bullying and harassment (sexual, or on the basis of gender or ethnicity) are clear predictors for mental ill-health.

If these are some of the risks, what are the solutions? There are a number of mentally healthy habits that we should all consider, and I’m going to suggest three simple ones.

First, we all require a sense of connection to other people. For some of us, that will be what our close intimate relationships and families are for. For others, that connectedness exists in close confiding relationships with friends. The key is that those relationships allow us an opportunity to be honest about any difficulty we encounter, and to discuss those difficulties openly and without judgement.

The old adage is accurate: a problem shared is a problem halved.  Sometimes, we might have to become disciplined at ensuring that we are nurturing important relationships by finding time in our busy lives for friends and family.

We might even have to recognise that we are becoming isolated and take steps to widen our circles of contact through night classes, or club memberships (after the epidemic, of course). Our links to other people are central to our feelings about ourselves and our own mental health.   During these days of isolation, we will obviously need to find other – electronic – ways to be in frequent touch with people but this could end up being a blessing in disguise. The confinement has suddenly given us time to contact people and have meaningful conversations.

Next, we need to be more caring and compassionate toward ourselves and this is an important habit to develop. Any of us may experience mental health difficulties. One in four people experience significant episodes of low mood/depression at any given time. Recognising that we feel unwell and seeking timely help is crucial to effective support and, where required, treatment. Delaying requests for help can only make things worse. To feel emotionally unwell is not a failure. It is part of the human condition and caring for ourselves as we would for others is a crucial skill to learn and practice.

We live our modern lives at speed and taking time to restore a sense of equilibrium is vital. For some, exercise serves this purpose, for others, hobbies are healing activities. Prayer or meditation, too,  can be an important part of this process. The actual pursuit we engage in is probably less important than the fact that we engage in that pursuit with some regularity and at benefit to ourselves.

Society once considered health a kind of lottery – you were lucky and healthy or not. The idea that we had some personal control over seemingly uncontrollable circumstances has only gradually entered our culture. We now know that there are steps we can take to mitigate risk and to increase well-being.

In a sense and to a degree, the ‘wellness choice’ is ours.

Times change and the world we live in has changed and is changing exponentially. We live in times, with increased communication and connectivity, unthought of as little as a decade ago. Changes in the speed and complexity of data collection and processing have been followed by, or even possibly preceded by, monumental changes in the social fabric of our lives.

popular culture, we now differentiate between simply surviving and thriving.

Reverend Dr Michael Killoran Ross is a Permanent Deacon in the Diocese of Motherwell, Scotland. He was formerly Consultant Clinical Psychologist/Head of Service in Psychological Therapies until his retirement in 2018.