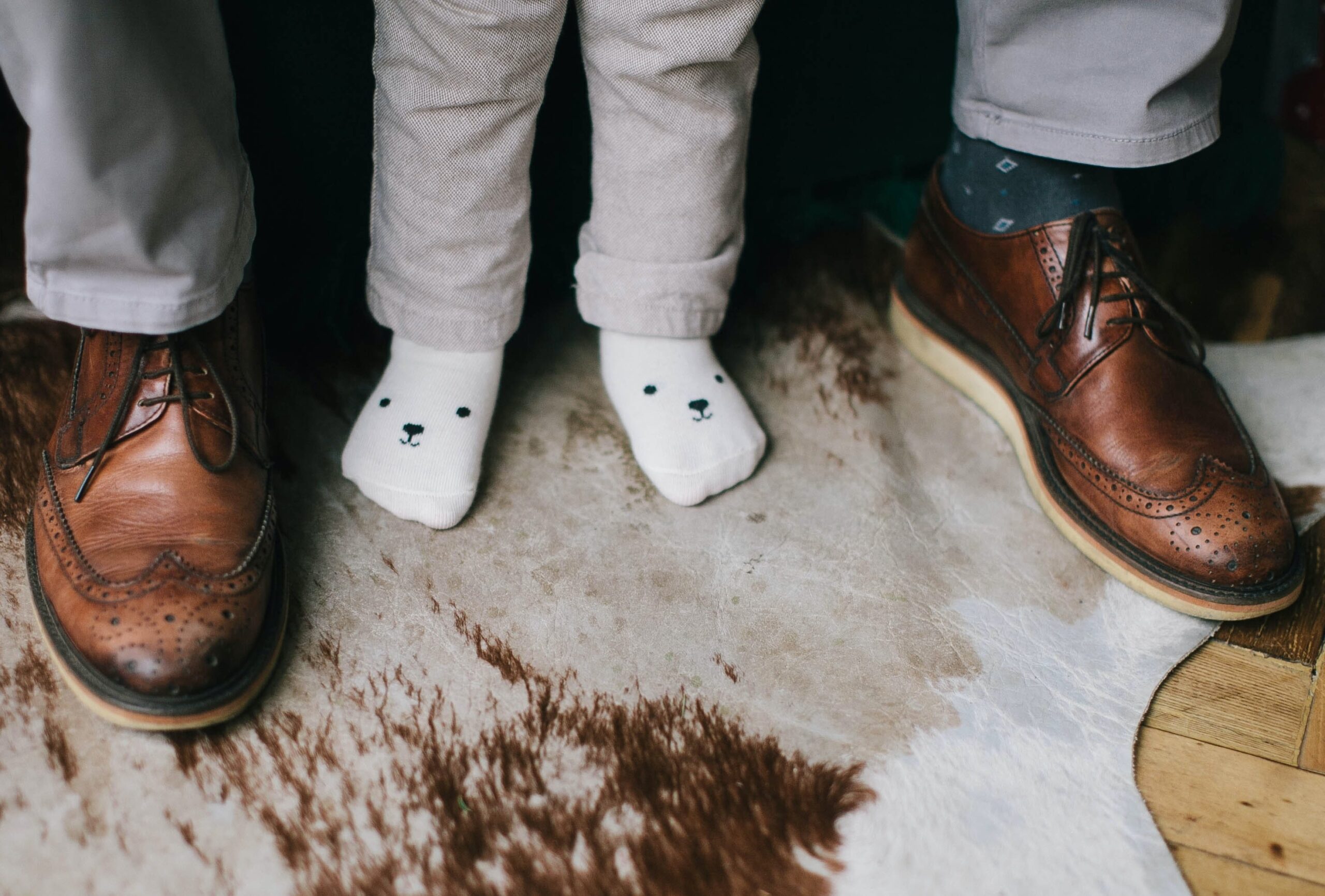 Jeff Nottingham sees echoes of his good and bad parenting approaches in two characters from US culture – the admirable Fred Rogers and the scary Nurse Ratched.

If you’ve never come across the Youtube channel Epic Rap Battles of History, then you have a whole world of historically irreverent – though be warned, slightly filthy – fun to enjoy, all of which you can tenuously justify as ‘education’.

The channel pits two historical figures against one another in a ‘spitting’ war of words. Some of the best are Guy Fawkes vs Che Guevara, Moses vs Santa, Jobs vs Gates, Tesla vs Edison, Shakespeare vs Dr. Seuss…

But there’s one glaring omission: Nurse Ratched from One Flew Over the Cuckoo’s Nest vs beloved children’s TV pioneer Mr Fred Rogers.

My desire to see Nurse Ratched and Mr Rogers pitted against one another stems from my recent realisation that the vast majority of my interactions with my children (two boys aged three and six), can be categorised as either ‘Ratched’, or ‘Rogers’.

Ratched/Rogers is not a sliding scale, it’s an either/or deal, and I’d like to tell you how it came about.

If you weren’t raised in the US, the name Mr Rogers may or may not have dripped into your subconscious via brief mentions in US sitcoms and movies, mostly as a byword for the kind of wholesome goodness most of us admire from afar.

My assumption from the pictures of a be-cardigan’d older gentlemen was that he must be a kind of American Blue Peter presenter; a mash up of John Noakes and John Craven, with a bit of Alan Partridge, perhaps. (For Non Brits, Blue Peter is the longest running children’s TV show in the world, featuring an amiable band of presenters covering current affairs, crafts, and cooking).

That’s not a million miles from truth. But last year I was sent THIS video of Rogers’ speech to a Senate Subcommittee on Communications in 1969, where he defends the need for his children’s TV programme, and calmly but emotionally wins the heart of Senator/Chairman Pastore by simply describing the programmes he makes for children:

“I end the programme by saying, ‘You’ve made this day a special day, by just your being you. There’s no person in the whole world like you, and I like you, just the way you are.’”

But it wasn’t until I watched the feature length documentary about Mr Rogers called Won’t You Be My Neighbor? that I understood the difference between Rogers, and your average Blue Peter presenter (splendid though they were and are!). He dedicated his life to genuinely supporting children and delivering what was best for them. That was his entire calling. Not ‘broadcasting’ itself.

“I don’t think anyone can grow unless he’s loved exactly as he is now, appreciated for what he is rather than what he will be”, was one of Fred Rogers’ most essential beliefs.

I was struck by Rogers’ prioritisation of children’s needs above everything else, as something essential to building foundations for the future. When he’s talking with children, either in person or through the TV, his complete focus on them and distance from anything else around him are very apparent and incredibly powerful.

Fred says: “Mutual caring relationships require kindness and patience, tolerance, optimism, joy in the other’s achievements, confidence in oneself, and the ability to give without undue thought of gain.”

Children can very easily sense when something is half-hearted; they know when they don’t have your full attention, and I’ve seen the sparkle vanish from my boys’ eyes when they realise I’m not really listening to them but half thinking of something else. Or that I’m giving them lip service as they’re telling me their plans, because I know my ultimate aim is different to theirs.

This might seem like something to acknowledge, and change. But it’s not that easy.  When it’s already half past bedtime, and they’re still in the bath explaining plans for an intricate machine to be constructed from foam letters, I know there’s no way that’s actually going to happen. I’m listening with half my brain, nodding and smiling, but the other half of my brain is working out how to get them upstairs without a tantrum.

And that’s where the Rogers/Ratched balance comes into play.

Chances are, you’re well versed on who Nurse Ratched is. But if not, here are some crib notes:

Nurse Ratched’s aim is order, and rehabilitation for her patients. She succeeds on both accounts and is celebrated by her employers – but the passive-aggressive gradual spirit-crushing she exercises on a daily basis will mean those patients deemed ‘safe’ for the world will be hollow and inhuman mannequins robbed of individuality.

In an Empire Magazine top 20 movie villains list last year she clocked in at No. 13, beating Norman Bates, Emperor Palpatine, Freddy Kruger… In a 2016 Guardian list of the same, she’s at No. 5. In my own list, she would be No. 1, because the most terrifying of all villains are the ones closest to our own potential…

I was very familiar with the movie adaptation, but early in 2020, not long after watching Won’t You Be My Neighbor, I started reading the original novel. I’d already been inspired to ask myself ‘what would Mr Rogers do?’ when feeling frustrated or wound up by my kids, and because of that mind-set, I was only a short way through One Flew Over the Cuckoo’s Nest when I was struck by the uncomfortable truth that when I’m NOT doing what Mr Rogers would do, I’m virtually always doing what Nurse Ratched would do…

Nurse Ratched says: “Some men on the ward take a long, long time to get used to the schedule. Change it now and they might find it very disturbing.”

This, in response to a suggestion from McMurphy that the patients be allowed to watch a ball game on TV, is chilling for its effective disguise as coming from a place of care for the men’s wellbeing, but also because it’s uncomfortably familiar…

A couple of weeks back the boys and I were having lunch together when I had to help my three-year old, Oscar in the loo. My eldest, Tobi, knows he shouldn’t leave the table while I’m gone, but when we came downstairs I could see his feet poking out from under a door; hiding from Oscar ready to leap out and surprise him, but I was irritated because he wasn’t eating his lunch.

I looked straight at his hiding place and said, “Do you want your lunch to get cold?”

And just like that, I’d blown his cover; high-jinks successfully squashed. He slunk out and back to the table. Order resumed, but I immediately felt horrible: Pure undiluted Nurse Ratched.

It goes back to that impulse for order. I prevent mess and I trick myself I’m teaching them to be responsible but really it’s so I don’t need to clean up. I curtail silliness and tell the kids it’s because I love them and don’t want them to get hurt, which is true but too often I’m thinking more about how inconvenient a hospital trip would be.

I tell them to stop crying for silly things like a Lego model breaking, or spilling food on their clothes, and I tell them if they cry at little things, I won’t know when they’re crying for something important. But really I’m just frustrated that my peace is being shattered and whatever other train of thought I was engaged with is lost.

Back to the film … McMurphy, as a new arrival, can see plain as day that the source of all the patients’ hang ups and fearfulness is the very person charged with, and celebrated for providing, their welfare and rehabilitation. We see it along with him, but for the patients themselves this truth is as obscured as the Narrator’s ‘foggy’ view of the ward; they’ve been worn down little by little, their confidence and will to fight chipped away piece by piece over months and years, and all under the banner of their own wellbeing.

“she’s not some kind of giant monster of the poultry clan bent on sadistically pecking out our eyes. You can’t believe that of her, can you?” says one of the Cuckoo’s Nest’s patients Dale Harding.

The patients’ barriers to freedom and any expression of individuality or innovation are more chilling to witness in the book than in the film, because we spend more time with some of them, hearing their own reasoning to McMurphy.

Even when McMurphy has scratched away the top layer of their defences and had them come to a conscious realisation of Ratched’s tyranny, it’s clear that the damage she has inflicted on their self worth is a long way from any healing:

“Doctor Spivey … is exactly like the rest of us, McMurphy, completely conscious of his inadequacy. He’s a frightened, desperate, ineffectual little rabbit, totally incapable of running this ward without our Miss Ratched’s help, and he knows it. And, worse, she knows he knows it and reminds him every chance she gets.”

That’s directly from the mouth of Harding, whose mind is sharp and lucid; there’s really nothing wrong with him. So why not join McMurphy in revolt?  Harding answers a couple of pages later.

“The rabbits accept their role in the ritual and recognize the wolf as the strong. In defence, the rabbit becomes sly and frightened and elusive and he digs holes and hides when the wolf is about… ”

When I’m at my best with my kids, I’m letting them explore beyond the boundaries, and enjoying the light in their eyes as they do. I’m listening to their ideas, and finding joy in the fact that sometimes they can actually change my mind or change the course of the day.

I’m fully focused on what they’re saying, and consciously enjoying the interactions – there’s a lot to notice in just a very simple back and forth conversation. They’re extremely expressive and actually always trying to communicate with their face and body language as much as through their words. How often do I miss all that because I’m only 70% engaged? Or I’m trying to contain all the flailing tentacles threatening to mess up our plans?

And crucially, how much Ratched-like behaviour from me is needed before it changes them permanently into frightened rabbits?

One of my happiest memories from the past few weeks was an exchange with my six-year old in the street. I was getting something from the car, turned around and my three-year old was on his face;

“Sorry”, says Tobi, “It was my fault, I was trying to lift him onto the bollard but I accidentally dropped him.”

This still makes me smile several weeks later because instead of getting exasperated and telling him off for doing something dangerous, I laughed, and helped him lift Oscar onto the bollard safely.

That was conscious ‘Rogers’, and at that moment at least, Nurse Ratched could only look on scowling with self-righteousness as we walked on happily through our neighbourhood into the sunshine.

But let’s give Fred Rogers the last word:

Jeff Nottingham is a writer and producer living in St. Albans with his wife, and their two boys (aged six and three). Jeff's debut novel Jasper's Brood will be published by Black Spring Press. He is Senior Producer for creative agency McKay Williamson, and has a Masters in Screenwriting from the University of Westminster. www.jknottingham.com