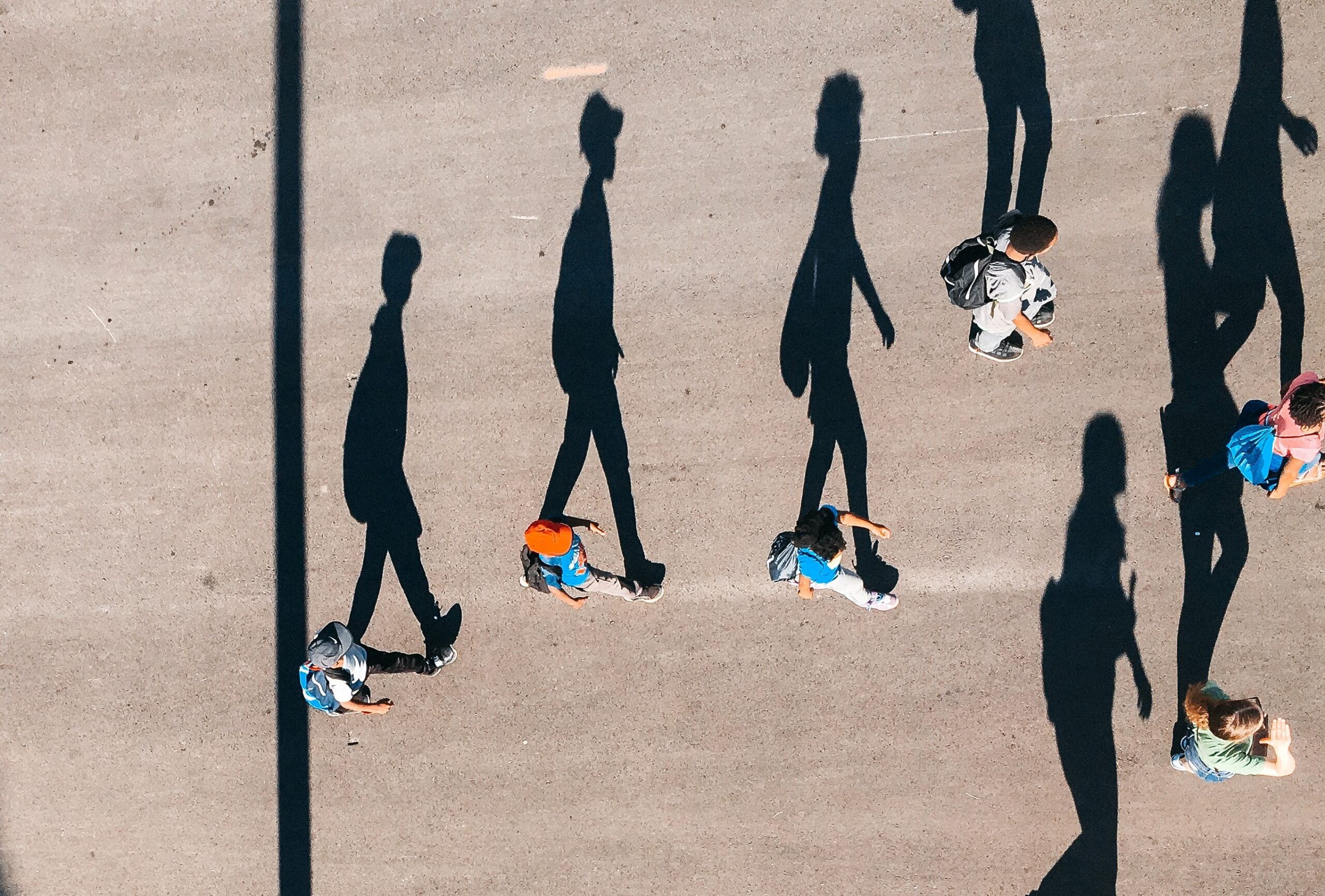 “There is only one race, the race of the children of God.” These words of a great Catholic saint of the 20th century, Josemaria Escriva, nicely capture how we at Adamah view the Black Lives Matter movement, writes Joseph Evans.

Racism is real. It exists in many forms and, as much as we might be horrified by it, if we are truly honest we might even find subtle forms of it in ourselves which we constantly have to resist. In my own country, Britain, as enlightened as it tries to be, it is obvious to me that black people still do not have the same opportunities and status as their white fellow citizens. There are lingering prejudices against them which go deep into our psyche. Many white people have an unconscious (or sometimes very conscious) sense of superiority and entitlement.

Someone showed me recently an amusing 1971 BBC interview of the great boxer Muhammad Ali by Michael Parkinson. With his customary wit, Ali asked why everything good seems to be white, and everything bad is black. It’s blackmail, not whitemail, he pointed out.

He gave the example of the Tarzan stories. Why does this white man seem to lord the jungle and be able to speak with the animals, when black people had been there centuries before him? Ali asked.

Tarzan would not be written now but Ali’s question remains relevant.

Racism is fundamentally a lie. It denies the true dignity of someone, viewing them falsely as inferior because of the colour of their skin, the shape of their face or the country of origin on their passport. But the answer to it is not to counter it with other lies, as well-intentioned as these might be.

The emotional and violent condemnation of European history, of white people per se, simply because they are white, is countering one lie with another.

As much as George Floyd’s killing might reflect widespread racist tendencies in American society (I recommend Denny Burk’s thoughtful reflections on this), the methods adopted by some in the Black Lives Movement may end up undermining efforts to make life better for the very people they are purporting to help.

The promotion of violence, the fostering of hatred towards a vaguely defined “privileged” class, and the invention of an “enemy” to fight against have echoes of the revolutionary methods which have more than once ushered totalitarian regimes into power.

Heavyweight champion, Nigerian-born British boxer, Anthony Joshua captures this succinctly when he condemned the evil of racism but also warned against another evil, the instrumentalisation of violence. “We can no longer remain silent on the senseless unlawful killing, sly racism of another human being based only on what?” But he continued: “We must not use the demonstration for selfish motives and turn it into rioting and looting. We need to be united in non-violent demonstrations,” he said.

Similarly, in a recent papal audience, Pope Francis prayed publicly for “George Floyd and all those others who have lost their lives as a result of the sin of racism”. While affirming that “we cannot tolerate or turn a blind eye to racism and exclusion in any form and yet claim to defend the sacredness of every human life”, he also insisted: “At the same time, we have to recognise that the violence of recent nights is self-destructive and self-defeating. Nothing is gained by violence and so much is lost.”

Christianity has had an ambiguous relationship with the human rights movement and specifically with slavery. There is no doubt that the New Testament laid down the principles which would later lead William Wilberforce and his allies, Christians themselves, to campaign successfully for its abolition in the British empire (though of course human evil continues to invent new forms of slavery outside the law). And the Catholic Church explicitly condemned slavery as far back as the 15th century in Pope Eugene IV’s Sicut Dudum.

The ultimate argument against slavery, racism or any form of unjust discrimination is the fundamental equality of every man and woman before God. As St Paul wrote to Philemon in the biblical epistle of that name, he should receive back the fugitive Onesimus “no longer as a slave but more than a slave, as a beloved brother”.

Yet we can also cite numerous examples of supposedly Christian nations who have been in the forefront of slavery and forms of oppression. The papal condemnation of slavery which I referred to earlier was precisely in response to its practice by “Catholic” Portugal, whose trade in human lives is most certainly a blot on that nation’s history. South African apartheid was justified in the name of a particular Calvinist Protestant interpretation of the Bible. And the colonial history of many European powers, all Christian in name, contains many incidents of racist subjugation and brutality.

But here again, simplifications do not serve the truth. Some Africans themselves collaborated with slavery to get rich at their own people’s expense. Other religions have also at different times condoned or connived at slavery. And some of the worst forms of oppression have been perpetrated by people with no religious belief at all. There was nothing religious about the Nazi attempt to exterminate the Jews, which was probably one of the worst racist actions in history.

My mother was a teacher in Nigeria in the 1950s and early 60s, that is at the end of the British colonial period. She loved the people of Nigeria and, if not quite ostracised, was certainly considered suspect by other expats for fostering friendships with them. Nigerian friends of my mother would come to our London home to visit her for years after her return to Britain.

She had a mixed attitude towards British rule in the then colony. She pointed to the sincere and highly dedicated efforts of many British officials to put in place effective legal and educational institutions and other forms of infrastructure. But she added with regret: “they weren’t prepared to mix with Nigerians. They kept a distance.”

My mother certainly didn’t, and her best stories were her adventures in the country’s northern regions trying to promote a school for Nigerian girls, including her efforts to persuade Muslim fathers that their daughters should get an education at all. As always, the truth has multiple facets.

In a recent article in the British daily The Guardian, Daniel Trilling argued that “a better understanding of our history, including the crimes committed in Britain’s name, is essential for understanding the country we live in today … Until Britain finds a way to reckon with its imperial past, this culture war will continue to burn.”

He’s right but it has to be a fair investigation whatever country’s history we examine. Replacing one false narrative with another is not the way forward, and nor are the violent methods of some elements of the Black Lives Matter campaign or the promotion of hatred.

The solution is not more hatred but more love.

“There is only one race, the race of the children of God.” When people are rightly outraged by racism today, they might not appreciate the deep Christian roots of their indignation, which draws its sap from the Bible’s insistence on the dignity of all as being made – male or female, black or white, slave or free – in the image and likeness of God, all one in Christ.

In fact, Christian saints like Peter Claver, Teresa of Calcutta, the mestizo Martin de Porres, or the above-mentioned William Wilberforce are among those who have done most to serve and stand up for people oppressed for their ethnicity or caste. And many black activists – not least Martin Luther King – have been inspired by Christian values.

This is not an apology for Christianity, but it is to argue that Christian love – either in the form of works of mercy or of political activism – is a far better way to end racism than violence and hatred.

Questions must be asked, truth must be faced, guilt must be accepted, but we will go much further by drowning evil in an abundance of good (another idea of St Josemaría) than by throwing out the Christian baby with the racist bathwater.