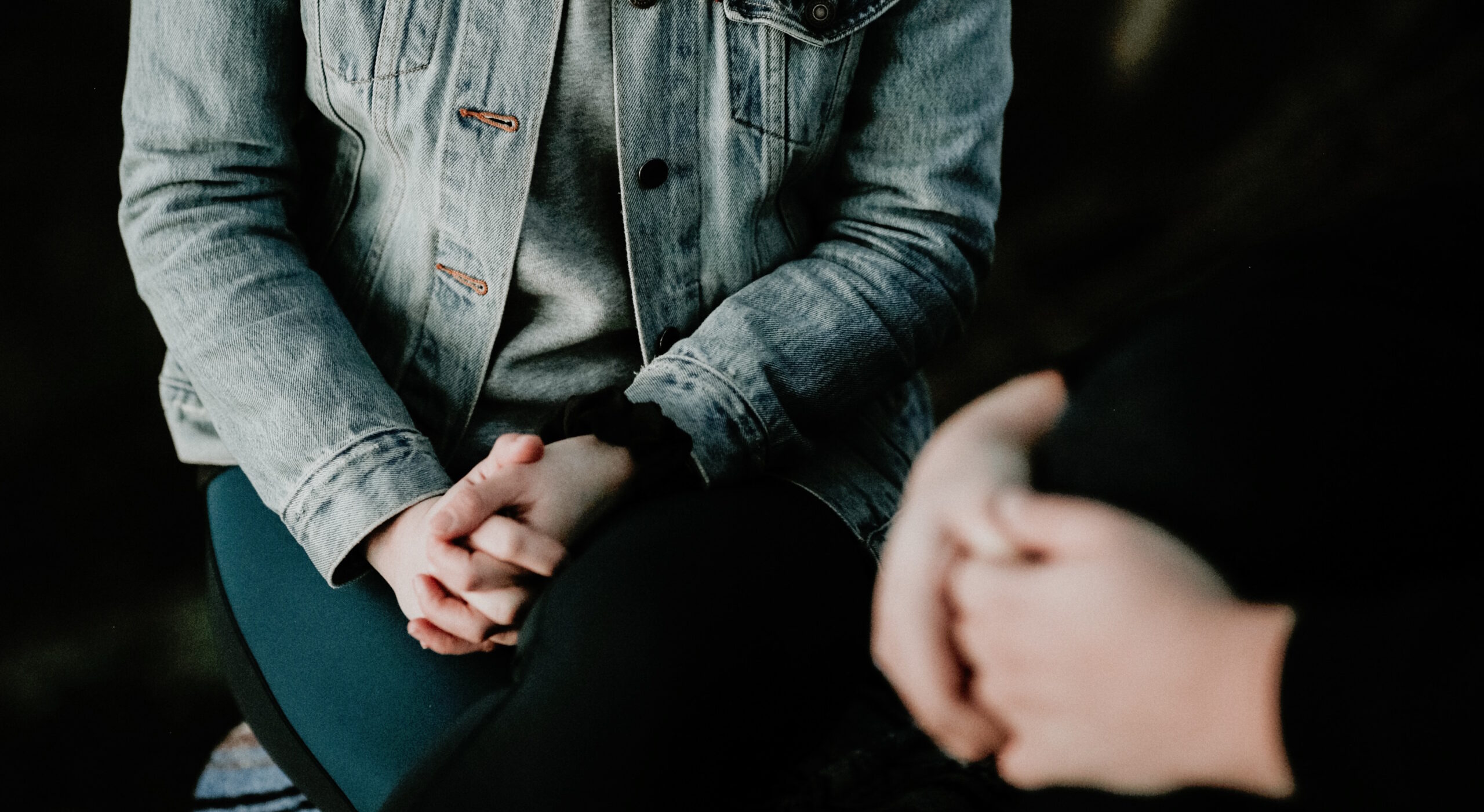 In January this year I was referred to an eating disorder service for the second time.

Despite waiting six months for a mere assessment, I have yet to hear anything back.

When I do, my name will be added to another long waiting list until it is my turn to receive regular support.

Alas, my story is not a rare one.There are thousands of people across the United Kingdom awaiting treatment for eating disorders, but who are not receiving it, as the resources simply aren’t available.

Such constraints on resources mean those who run eating disorder services feel their hands are tied, forcing them to be selective with the patients they treat.

Priority has to be given to those who are deemed to be  ‘high risk’.

Patients who are not at ‘death’s door’ will often see their condition deteriorate while their name sits on a never-ending waiting list.

This affects patients in a number of ways, impacting everything from the number of specialists available to treat patients, to the amount of available beds for inpatient treatment, ultimately leading to more deaths from eating disorders.

In May 2021 the eating disorder charity Beat published a report investigating the funding of children and young people’s eating disorder services in England. The findings were shocking.

The ‘Short-Changed’ report followed the promising step in 2019/20 when NHS England gave Clinical Commissioning Groups (CCGs) additional funding for children and young people’s community eating disorder services. This meant the total funding increased to £41million. However, not all funding reached the correct places. In fact, very little of it did.

Collectively, 90 per cent of the additional £11million of funding did not reach the services it was pledged to.

These findings are especially concerning when we consider why this extra funding was given.

Extra funds were allocated to help services cope with rising demand due to the pandemic, during which time referrals to eating disorder services increased by 173 per cent between February 2020 and January 2021. Children account for almost 25 per cent of this figure.

It’s unclear where exactly the funds meant for ED services are going instead, but mental health services as a whole are struggling financially, with the monies intended for them likely being directed for purposes outside mental health and to pay off various deficits.

It is negligent to ignore the necessity for these funds by refusing to send them where they are most needed, which is not only the care of eating disorder patients, but the training of professionals and research into what remain widely misunderstood illnesses.

The situation means that young people are being failed by those in power.

They are sent a message that when they find the courage to ask for help, support from professionals is not guaranteed, with many facing a postcode lottery due to the variation in spending across geographic locations. It shouldn’t be the case that areas such as Camden are spending £10.89 per capita, while Gloucestershire spends a mere £1.46 per capita.

But what difference could more money make?

I am living proof of what can happen when a person is given the opportunity to recover.

Despite currently being on a waiting list for eating disorder services, I was able to  spend 18 months in outpatient treatment after developing anorexia at the age of 12. Now at age 21, my recovery is very much an ongoing process and something I struggle with every day – but my life has also changed beyond belief.

I have done things since I decided to pursue treatment that I never imagined myself doing again, and that is all thanks to the medical professionals who have guided and supported me through the hardest thing I have ever done.

Thanks to the support I received, I have eaten breakfast for the first time in years.

I have eaten meals without compensating afterwards.

I have enjoyed dinners with my family.

I have worn clothing that once made me hate my body.

I have had fun on holidays and frolicked on beaches.

I have made memories and lived in the moment without thinking about my body.

I have developed skills and coping mechanisms that will see me through the rest of my life, and feel as though I now have a purpose beyond controlling what I eat and obsessing over my weight.

But none of that could have come into fruition without the eating disorder services constantly pushing me to get better. I want every other person struggling with an eating disorder to have the same chances as me.

I want every other sufferer to regain a love for food, a passion for their hobbies, an interest in movement, a sense of adventure, a curiosity for trying new things, a zest for life and an appreciation for the vessel that has helped them survive such traumatic times.

So, what needs to be done? How can we make that happen?

Extra funding is provided for a reason: there is a need for it. CCGs must therefore recognise the urgency of this funding, and ensure that it is used to offer care for those with eating disorders.

Where funding is not being allocated appropriately, CCGs need to be held accountable. There need to be investigations into exactly where that extra funding is going, and whether or not it is being used to better the lives of people living with eating disorders.

Data such as that within the ‘Short-Change’ report needs also to be analysed by the government, who must then act to make sure no allocated funding for eating disorder services is going unspent.

Alongside this, there needs to be a major conversation regarding funding for adult eating disorder services because, contrary to prevalent stereotypes, eating disorders are not solely children’s illnesses. There is evidence of eating disorders existing in children as young as six and adults over 70.

On a personal level, when I was receiving regular support from my hospital’s eating disorder service throughout 2020, I would often be told stories by my nurse about a lady in her sixties who had been under the service for a long time and was still really struggling. Those stories broke my heart. Just writing about her now makes me wonder where that lady is. I want to hug her and those like her so tightly.

Despite the myth that eating disorders only affect teenagers, they are actually most common between the ages 16-40, and are often still present in the lives of adults because an intervention was not made early enough to prevent the disorder from festering.

The funding therefore needs to be used to support older adults who have either developed this illness later on in life, or were not given a chance to recover earlier on, having been dismissed from services when they needed them most.

Investing in fully funded eating disorder services doesn’t just make life better for patients; it also allows everyone from doctors, nurses and dieticians to receptionists, porters and cleaners to do their jobs efficiently and with as little stress as possible, not having to preserve resources or refuse anyone help.

Fully funded eating disorder services send a message out to all who are struggling that it is possible to recover. We are told all the time to ‘Talk!’ or ‘Reach out!’ but there is rarely any genuine support there when people do. Sufferers can be left feeling hopeless, as if recovery just wasn’t meant for them.

Yet if they are able to reach out to a service with the knowledge and assurance that they won’t be left on a waiting list for 18 months or turned away from clinics because their weight isn’t low enough, then more people can fully recover from their eating disorders. More people experiencing full recovery means more lives saved and more people living as healthy and fulfilled members of society.

The status quo is having devastating consequences. Those whose weight and body mass index (BMI) falls outside of a very specific bracket are being shut out from clinics.

Doctors are using what is being spent of that extra funding to prioritise patients who are most underweight, most at risk of severe physical health problems and most likely to die sooner from their eating disorder. It is wrong on so many levels that doctors are having to make these decisions, and essentially tell people that they are not worthy of recovery.

But if the money were there, doctors could welcome all patients with open arms, regardless of weight, body shape, size or BMI.

I was fortunate in being able to access treatment for my illness the first time around – yet I shouldn’t be one of the ‘lucky’ ones.

With one person dying from an eating disorder every 62 minutes, and with EDs having the highest mortality rate of all psychological disorders, the time for scrimping and saving has passed.

Authorities cannot afford to be stingy when better funding for our care is the key to our  recovery. Money isn’t everything – you also have to raise awareness and have meaningful conversations – but when it comes to eating disorders, sufferers are tired of talking. I know I am. We just want to be helped, but there’s only so much we can do by ourselves without professional guidance.

Emily Bashforth is a writer, creator and advocate. Specialising in mental well-being, Emily shares her experiences with eating disorders to raise awareness and feels passionately about gaining better funding for ED services, and equal access to treatment for all. She uses social media such as Instagram (@EmilyTalksRecovery) to offer education and advice, and aims to inspire others with her story, as well as amplify lesser heard voices from other communities.