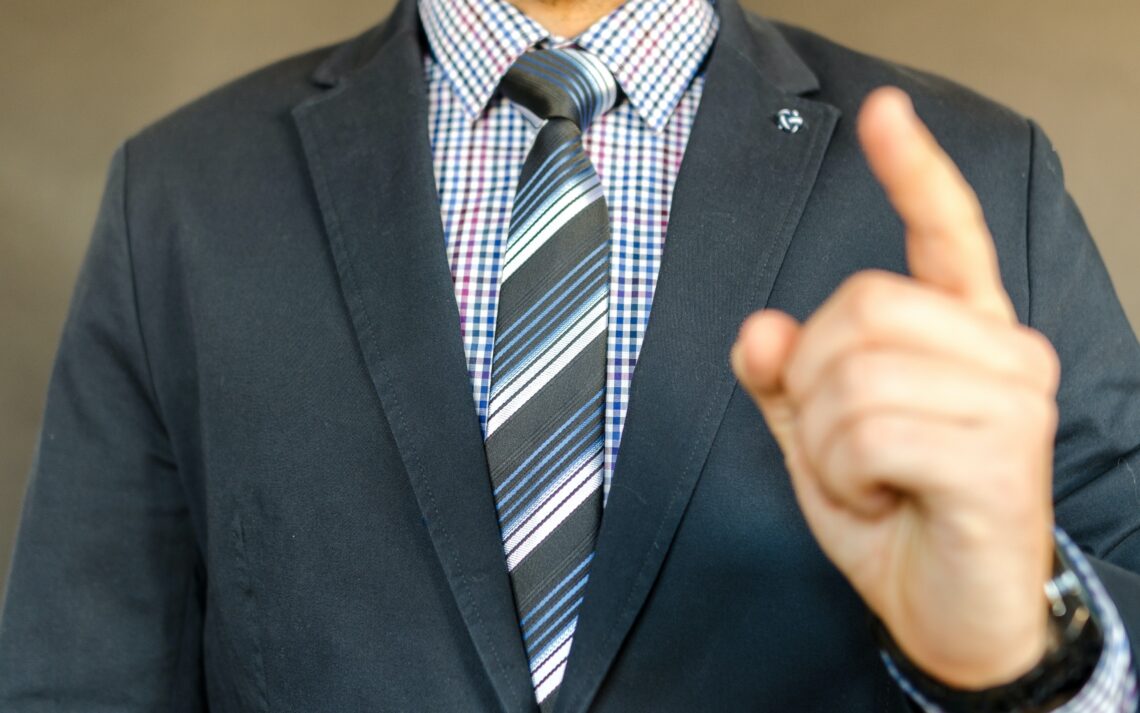 Lisa Fraser looks for lessons in history as she defines her own leadership style.

“What is your leadership style?” I’ve had to answer this question a number of times in my career. As I reflected on what might be an appropriate answer,  I thought of famous leaders I liked and disliked: kings who unified their people; equality pioneers; unconventional business creators …

I also thought about the unsung heroes: the parents who lead a family through hardship; the coach who inspires children to reach their full potential; the friend who guides his or her peers to good deeds. We all value and seek leaders.

It is said sometimes we’re living in the most individualistic age of human history. If this really is the case, why do people still tie their destiny to a person, an idea or a group, for a day or for a lifetime? Why do we seek leaders and what does it take to be one?

Different models of leadership emerge in certain places and times.

Good leadership has a lot to do with  being the right person for the right people at the right moment in history.

The whole concept of leadership has itself evolved over time. In the Middle Ages, Western leaders were mostly nobles and knights, who were also landowners: they tied their military and economic power together.

Nowadays, most leaders emerge through a competitive process mixing personality and ideas – a more democratic structure.

The concept of leadership is understood differently depending on a person’s cultural sensibilities and upbringing. In presidential systems, leaders (such as Presidents or CEOs) are expected to speak first, make decisions and take action. They proceed from the messianic or patriarchal tradition; they’re the problem fixers.

In parliamentary systems, leaders tend to be primus inter pares (first among equals): they listen first, facilitate consensus, and seek harmony. They are solution-finders.

While the styles are different, there’s one defining feature common to all types of leadership: the capacity to obtain power from other people and to use that power to achieve something together.

Power can be time, energy, or skills. Leadership supposes that followers have free will, otherwise power amounts to little more than coercion. Some people seek out power (like Mao walking the Long March), but the thirst for it is not a defining feature of leadership: for instance, George Washington was described as a reluctant leader but his power was undoubted.

Sometimes, leaders emerge because they’re beating a path that other people want to walk. This concept of journeying together is essential, because leadership is transformational. If the group is static, then we’re looking at a manager. We need managers: people who control a budget, ensure that tasks are done on time or that the team is sustainable. These are excellent – but different – skills.

Leaders stand out because they have a vision. They’ve identified an issue and they’re committed to fixing it; or they want more of what they already have (such as economic growth, or societal progress), or they want it better. Leaders have the capacity to discern both quantitative and qualitative growth.

Leaders have conceptual skills and creativity; they’re also usually powerful story-tellers, able to articulate their vision clearly. Martin Luther King gave a powerful example of this in his speech “I have a dream”. He described his vision of a world where we all live as equals.

Good leaders are hopeful: they have a gut feeling that another world is possible, and that something good can happen. They make us look forward to a brighter future. An example is Pope Francis’ speech where he urged us to ‘dream together, so that we do not go backwards’.

Good leaders have a vision rooted in values which resonate more broadly around them. Their dream appeals to some great ideal, deep within our heart. Their vision somehow empowers us to share theirs and to work with them to achieve it.

These values can be political, religious or ethical (like Mother Teresa and her passion for human dignity; or Nelson Mandela and his dream of racial equality). They can also be aspirations for a group or a country (like Cavour and Garibaldi dreaming of a united Italy).

If good leaders can attract people, great leaders are those able to retain their followers.

They need to sustain the hopes they enkindle if they want to retain consent from their followers.

This happens when leaders are passionate about a cause, like Sir David Attenborough raising millions of pounds for environmental protection.

Or sometimes leaders have a distinctive identity which people identify with – like Mark Zuckerberg looking so cool in his hoodies in the early days of Facebook.

On other occasions followers stick to their leaders because these have started delivering on their promises! Steve Jobs embodied the above three aspects: in the early days of Apple, people resigned from lucrative jobs to follow him because they believed he could help them fulfil their basic human aspirations – passion, belonging … and financial gain.

These features are not necessarily God-given; leaders are not super-heroes gifted with magical powers. Leaders often emerge after hardships and mistakes; they come fully human, with their own vulnerabilities – whether they make them known or not.

Winston Churchill is an example of someone who led a country through war after having experienced his own military failures.

This process of maturing, or life experience, is often a core element of their legitimacy. Technical expertise or craft mastery can sometimes help to establish a leader’s credentials but they are not always necessary.

An example of this is how Ukrainian President Zelensky is leading a people through a war without having been a professional soldier himself. He is seen as legitimate for other reasons, like his ability to channel skills around him, and to listen to his people.

Legitimacy also comes from coherence: when leaders embody the values they want us to fight for. For instance, Pierre Rhabbi went through a personal, radical, life-changing conversion to lead a more simple life; when he died aged 83, he was known across the world as a pioneer of environmentalism.

The mix of vision and coherence of life allow leaders to be heard when they reach out to their audience. Half of the leadership process is about having the qualities required to be a leader. But there is no leadership without a dynamic relationship of power flowing to the leader from the people, back and forth, again and again, until the position of leadership ends. Leaders who thinks they can enjoy power without their people’s support and consent are not really leaders, they are tyrants.

For that flow to happen, leaders need to connect intentionally with other people, both those they are leading and those who lead with them.

Emotional intelligence is a core skill of leadership. Successful leaders must understand their audience, identify their needs, and meet them, or make them believe that they will (even partially). This might be a reason why some great leaders have struggled with mental health problems before taking a position of power, as it can help understand better human nature in its glory and shadows. General De Gaulle was an example of this process of a leader emerging from an intense depression.

Leaders must also have good social judgment skills: they must know how to read a room (including people outside their circle), assess the people they’re facing, and adapt their style to their audience.

A leader’s good judgement also allows them to spot the talents around them, and use them at the right time for the right tasks.

A leader is only as good as the talent he or she fosters. A good leaders creates other good leaders.

Many small businesses have collapsed because founders appointed trusted friends to key positions, instead of hiring the right person for the job: sadly, this is an example of failed leadership.

Great leaders are not afraid of delegating and empowering people when they spot talent. Delegating requires either a solid psyche, without an ego which needs cuddling, or great passion for a project which leaders genuinely want to see succeed and survive beyond their own existence.

But ultimately, empowering others makes the difference between a project that collapses and one which lasts beyond its leader’s lifetime. Marx, for instance, encouraged workers to take up his fight locally and sustainably: for all its many errors, it wasn’t ‘Marx’s project’; it was ‘Marxism’, as a vision for a different world that would apply to all future generations.

At a smaller scale, the ability to empower others is demonstrated when a team leader allows his or her employees to take time off for learning and development. This type of priority-making signals that the organisational project truly matters, beyond the horizon point.

It’s also part of building resilience. When starting a project, it is safe to assume that things will go wrong! Yet, great leaders know how to stand up after they fall and inspire others to keep looking at the horizon.

Once in my career I was tempted to give up a project: the only reason I didn’t was because a great team leader, passionate about his work, taught me that complexity was intriguing (not daunting); that adversity was stimulating (not scary); and that criticisms would make the project grow stronger (not collapse).

Great leaders observe the people they lead, learn from events, and adapt to do things better. Barack Obama’s political journey illustrates it: after his defeat in the primary race in Illinois, he took time to reflect on his journey; and when he came out of his political  desert, he had a new vision for his chosen team, a new strategy, and the next steps planned.

Ultimately, the determination to keep going across time and through hardship reveals the number one trait which characterises a great leader.

They must also desire to work with people, through people, and for people. Some people have a vision, hope, values … but they’ll never be leaders, because it’s not what they truly desire. They remain as loners.

The desire to work through people – to be a leader – is different from social appetite: leaders gather people around them to bring change – not to make new friends. Leaders are the ones able to make the tough decisions needed for the group and for the project.

How do we recognise a true leader? In the end, leaders lead. Leadership is demonstrated by doing.

These considerations about leadership do not answer the recruiters’ question: “What is your leadership style?” A true leader will understand what leadership is and what they want to achieve, then they will tailor their approach to reach their objectives. They’ll be alert, driven, resilient and flexible. Perhaps, that’s the only leadership style.