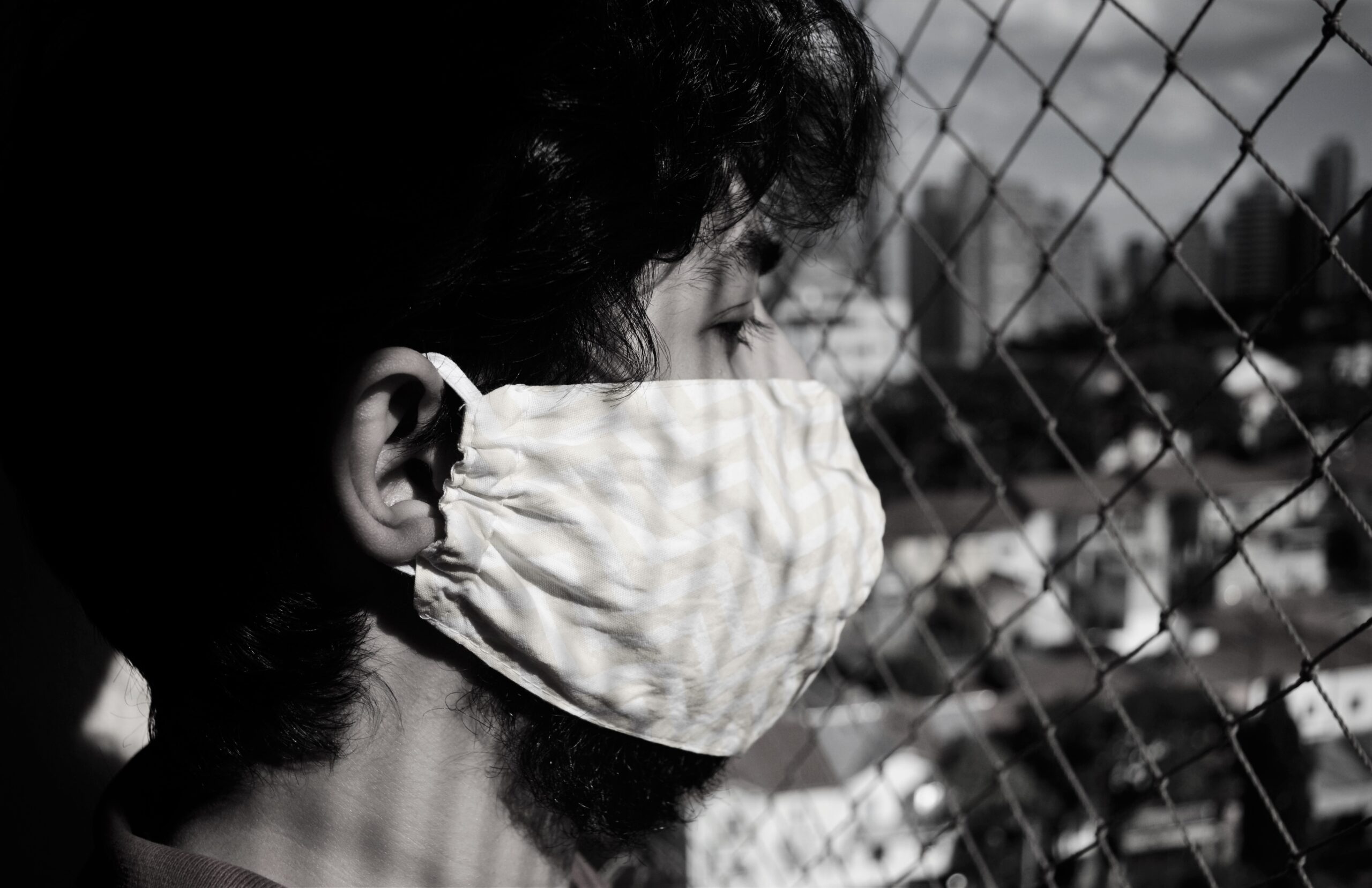 Richard Bauckham looks back to a Middle Age fair to make sense of the Covid pandemic.

“It will all be over by Christmas!” Well, no, it won’t. (Parallels with wartime continue.) When lockdown measures began to be eased here in the United Kingdom, with further easing expected to follow soon after, many people did think we were reaching at least the beginning of the end. But it rapidly became clear that this is, at most, the end of the beginning.

Admittedly, trying to follow the progress of the pandemic, even in one country, by means of the various statistics that measure this and that is apt to set the head spinning. Have we ever been so deluged with statistics? But it is clear that the virus is not going away.

In Scotland (where I am now) severe lockdown measures have been reintroduced in the city of Aberdeen, which is in effect now cordoned off from the rest of the country. (This kind of sealing off of cities was the way people often coped with plague in earlier centuries.) Similar local lockdowns have happened and will doubtless continue to happen in England too.

In some of these places, the virus remained more prevalent all along. In others, it is now spreading especially among young people, most of whom will not get ill themselves. But it is then bound to reach more vulnerable people again. In the town of Preston in northern England the message to young people is “Don’t kill grannie!” (It ought to be “Don’t kill grandpa!”, since men are statistically more likely to get and die from the disease than women.)

We have come a long way from the earlier misconception that Covid-19 was just a variant on the flu. Something else we were often told – that the virus would retreat when the warm summer weather arrives – also seems not to be true. The future remains very uncertain.

When I got the train to Scotland about 10 days ago, it was the first time in four months that I had travelled more than walking distance from my home in Cambridge. That must be unique for me in my lifetime, but it is interesting to reflect that it would not have been unusual for the greater part of the population in medieval times or even more recently, before there was public transport or even bicycles.

Of course, people of previous epochs were used to walking very long distances (as they were also in biblical times and places). One reason many did was to go to fairs held in market towns. An important fair was regularly held in many places in early August on or around Lammas Day (1 August).

In St Andrews (where I am now), the Lammas Fair still happens and is said to be the oldest surviving mediaeval street fair in the country, established by royal charter in the 13th century. It should be happening now, but unsurprisingly this year it is cancelled (presumably by the Queen, since it seems that only she has authority to do this).

I have to say that, even apart from the pandemic, many residents will not be sorry. Nowadays it is primarily a fun fair, with big merry-go-rounds and flying rides and suchlike filling three of the central streets of the town. It is very noisy. When I had an office on the second floor of St Mary’s College, looking over South Street, there would be screaming people flying past my window all the time. I was obliged to WFH, as we now say.

Lammas happens to be something that links St Andrews, where I lived for 15 years, and Newnham (Cambridge), where I have now lived for 12 years. There is no longer a Lammas Fair in Cambridge, but the name survives in Lammas Land, the name of the park near my home. During the latter part of the full lockdown, I was very grateful for the outdoor café on Lammas Land, where one could meet friends for coffee (at a safe distance) before this was possible anywhere else.

I remember having there the first coffee that I had not made myself in six weeks. Such were the exciting events by which we marked the progression of time in lockdown.

Sometimes a few of us gathered for coffee there after the St Mark’s Sunday morning service on Zoom, when in the pre-lockdown era we would have had coffee at church. It was one of the ways people in St Mark’s have tried to keep together the broken fragments of fellowship during this time of separation.

But it still makes me long for the time when all of us who wish can get together after church for something as simple as coffee and chat, which we used to just take for granted. The longer such things are not possible, the more important it is that we do what we can by way of alternatives.

Good as Zoom has proved to be (I didn’t expect zoom services would work as well as they do), church cannot live by Zoom alone. I see so many faces on a Sunday morning of people I have hardly spoken with since March, and I realise that matters.

(Then there are also the people who don’t zoom.) I keep up with those I know best, but not the others. I find that praying for everyone in St Mark’s whom I can think of, from time to time, is one way of maintaining the sense of being “one in Christ,” a community of believers who belong together and need each other’s support to continue following the Lord in a time of difficulty and change.

But I was intending to write about Lammas. It derives from “Loaf mass” (not “Lamb mass” as I used to think). People would bring into church a loaf made from the freshly harvested wheat. It was a way of thanking God for the earliest harvest and at the same time an act of trust in God for the as yet unharvested crops.

In this respect it was very like the festival of first fruits in biblical Israel, when farmers would take or send the first sheaf or the first bunch harvested of various crops and offer them to God in the Temple. It was an act of thanksgiving for the provision that was beginning to be received from God’s hand and an act of trust in his continuing provision.

British Lammas and Israelite first fruits were one of the ways in which the life of an agricultural society, where most people made their living from the land and everyone depended on the locally farmed crops, was kept in close connection with God. In today’s world it is not quite so easy.

Can believers give thanks to God during a pandemic? I am well aware that for some people, especially the bereaved and others whose lives have been very seriously affected by the disease or by the lockdown, thanking God may not make much sense.

I am also well aware that I myself have had, as it were, a “good lockdown” (another parallel with wartime).

Tom Wright’s excellent little book God and the Pandemic stresses the importance and the relevance of the biblical theme of “lament.” The psalms of lament (some of them could appropriately be called psalms of complaint) are there for those who are walking a very dark path and cry out to God from their distress. They are psalms that others can also pray as an act of solidarity with those who are on that path.

Almost all the psalms of lament end with thanksgiving, though it is important to know that there is one (Psalm 88) that does not. It is a prayer for those who cannot yet see any light at the end of the tunnel. But in other psalms the psalmist moves from lament to deliverance and thanksgiving. They help us to see that the path through the shadow of death will, in God’s grace, lead to a place of thanksgiving, even if we cannot yet glimpse it.

Many of us, however, as we look back over our own lives and those of people close to us during lockdown, can find much for which to thank God. God has helped us through, but, more than that, He has positively blessed us in many ways. I do not need to elaborate. You can begin making your own mental lists, which will be different for each of us. You might be surprised.

And don’t forget that God’s grace often works in the world by limiting evils: we have not had food shortages, civil unrest, a collapse of the health service – at least not here in Britain.

Things have not been so bad, and there have been good things along with the bad, not least the ways in which so many people have responded to the needs of others. But what Lammas and first fruits can perhaps offer us is something more than thanksgiving for what God has given. They also show us that from thanksgiving comes trust in God’s provision for the future.

Offering the first sheaf of the harvest enables us to go on working in the fields with thanksgiving, dedication and hope.

One way I am enjoying my time in Scotland is by writing poetry. Writing a poem can be really hard work, but the ‘high’ that I get when I complete one to my satisfaction is wonderful.

Crail, near St Andrews, is my favourite of the lovely fishing villages around the coast of Fife. The following poem is my own improvisation on a local legend about an erratic boulder known as the Blue Stane (stone) which lies near to the village’s church gates.

The story is that the devil, on the Isle of May, threw a large rock at the kirk. It split in the air, one piece landing close to the kirk, but missing it, the other piece landing on the shore at nearby Balcomie. Everything else in this poem is imaginary.

I am including it here because it is not unrelated to my thinking about the pandemic. But please don’t read it as a direct comment on it. It is a poem, not a sermon. Make of it what you will.