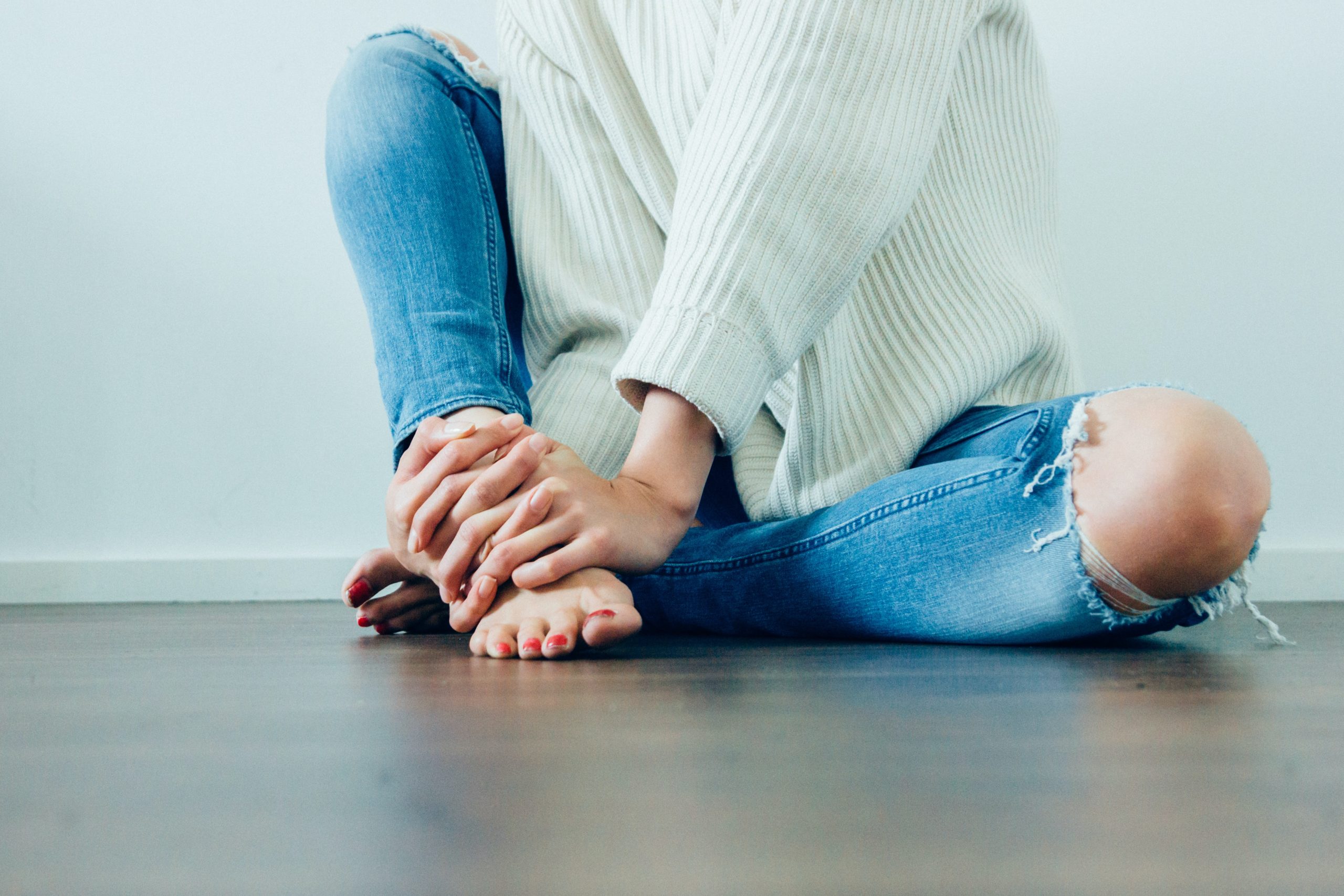 Bianca Costa Sales reveals the stresses of student life in a foreign land can lead to both desperation and hope.

I have been plagued by a notion that my self-worth was directly dependent on my school grades ever since I can remember. Looking back at it now, I honestly cannot be sure whether this stemmed from my loneliness as an only child in a nomadic family who was uprooted nearly every year. I’ve always had a tough time making friends other than with my teachers and my books.

Crucially, there is also the fact that I was raised by two parents who not only excelled at their studies and careers, but who most importantly thought that this kind of quantitative success was indispensable to my or any person’s genuine fulfilment. Either way, this mentality was so deeply internalised in me that I only began to realize just how invisibly noxious and pervasive it was when it drove me to the edge of illness, to the point where it threatened my very existence.

Being privileged enough to attend a high-ranking university in pursuit of a wonderful bachelor’s degree in Comparative Literature, I had an incredible time learning from brilliant scholarly minds and just-as-brilliant peers who were collectively hungry for knowledge, each of whom had creative individual ways to theorise on just about any topic in the arts and humanities. For the first time in my life I had found a school environment where everyone’s interest in learning matched (if not surpassed) my own, and where I felt intellectually stimulated daily.

This is why when I spotted the signs that my depression and anxiety were going haywire again, it took me years to admit to myself and my family that I needed to take a break from something so precious that it was hurting my wellbeing.

The thing is, at the age of 16, when my parents and I had just moved to London temporarily and I was doing the IB (International Baccalaureate) diploma programme, the intensity of my studies coupled with my dangerously escalating homesickness led me to develop high-functioning depression, anxiety, and suicidal tendencies.

I kept my academic goals in mind the entire time while hoping for a brighter future, but this further distorted my unhealthy priorities. It gave me a poor reason to stay alive; it dictated that my productivity and my grades must remain paramount in my life despite their cost to my health.

I managed to survive my traumatic years of high school and the IB programme with good grades, thank goodness (!), but I did not emerge unscathed. My family and I moved back to Brazil shortly afterwards.

I packed into my suitcase a few self-harm scars that were still in the process of healing, and the decision as to whether I should ‘honour my academic abilities’ and apply for an undergraduate course at a prestigious London university – both items which made my luggage weigh almost as much as my precarious self-confidence.

Human nature tends to ignore that history may repeat itself indefinitely unless we learn to conquer our hubris. So, almost proverbially, I chose to believe that I had learned my lesson. I thought my previous experiences had fully prepared me to move back to London, this time on my own, and face a challenging three-year course without harming my fragile mental health. In fact, nothing could have been further from the truth.

I spent my undergraduate years constantly battling my exhausted anxious brain. I had countless meetings with my personal tutor in which he advised me to seriously consider dropping out, or interrupting the course, and I invariably settled for a deadline extension of some sort – a more comfortable alternative for someone who could not imagine a worse personal disgrace than not graduating from university (preferably with an A-grade average at that).

I also had the valuable support of my university’s Student Services, which provided me with weekly counselling appointments for roughly half the duration of my bachelor’s degree. It proved insufficient, however; my mental health could at best reach an unstable balance of intermittent functionality.

All the while, my own pride and internalised beliefs kept postponing the obvious long-term solution: interrupting a demanding course in an isolating foreign context to seek a thorough recovery at home within an efficient support-system. This would only look like a relief to someone who did not believe their individual worth could be quantified in top-notch grades and a pristine CV; or to someone who could blissfully walk into their seminars without the pressure of knowing that, because of their nationality, their family had to pay twice as much in tuition fees as the great majority of their peers.

Weekly counselling was simply not a powerful enough pill to have me forget about the responsibility to make my family proud, to deliver their money’s worth by way of my academic performance, and to honour the chance of doing an undergraduate degree abroad – something that only a handful of Brazilians could dream of, as I was constantly reminded by almost everyone at home.

My privilege in being able to receive and afford the education of my dreams was at once what gave me life (in a deeply problematic sense) and what drained life from me.

After finishing my bachelor’s amidst blood, sweat, tears, and frequent nervous breakdowns, in August 2018, I kept up my relentless pace and began a master’s degree the following month. Come December, unsurprisingly, the growing anxiety from an entirely self-imposed schedule of non-stop work reached a point where I was losing grip on reality and courting insanity.

As I drove into this downward spiral over the years, my faith underwent its own journey of evolution. I have been a Catholic Christian all my life. I would go to Mass every Sunday with my family; I received the sacraments of Baptism, First Communion, and Confirmation at the traditional ages; and I mostly studied at Catholic schools in the various Brazilian cities where I lived. My faith was relatively steady, until that point where I was finishing high school and wondering whether I would have a future at all.

Yet finding myself caught in so many mental and emotional storms led me to question the presence of God in my life. If God truly listens to us, how can he allow such suffering to afflict his children when they are just going about their everyday affairs? That’s why – now calmer on the shore – I was deeply struck by Pope Francis’ recent extraordinary urbi et orbi message, reflecting on the epidemic we are now going through.

He comments on the biblical passage where the disciples in the boat on stormy seas ask Jesus: “Teacher, do you not care if we perish?”

That was me in the midst of my own inner turmoil. I identified with those men on the boat: I had faced my own personal storms with the same feeling of outraged abandonment.

But back in London, I fortunately did take the brave step of asking for help also from my Church and its chaplains. Developing a firmer spiritual life for myself ultimately enabled me to make better decisions and build a healthier lifestyle. These choices translated into a greater respect for my own life and well-being – a principle which is at the very centre of Christianity, and which I had to re-learn from scratch.

I checked into a psychologist’s office on the second day of 2019, and began to work on accepting my own limitations and their consequences. I am proud to say that I finally started to unlearn the internalized beliefs that have turned me into an unhealthy workaholic for so long. Last April, about a year ago, I made a decision that felt almost as difficult – and which makes me equally as proud – as graduating my BA: I took a year off my studies and moved back home to prioritise my health at long last.

If all goes well, as I am sure it will in the end, I will be graduating from my beloved master’s degree this summer in a much better state of mind. And I will be all the more worthy, brave, and strong for taking things at a pace that helps rather than harms me. (Spoiler alert: I already am.)

Lastly, as someone who has felt very anxious with the onslaught of bad news regarding the current pandemic, I would highly encourage everyone, of any or no faith, to read the Pope’s powerful and comforting reflection in this time of fear and collective suffering.

This is a slightly edited and enlarged version of an article which first appeared in: https://thelittlemermaidsvoice.wordpress.com/