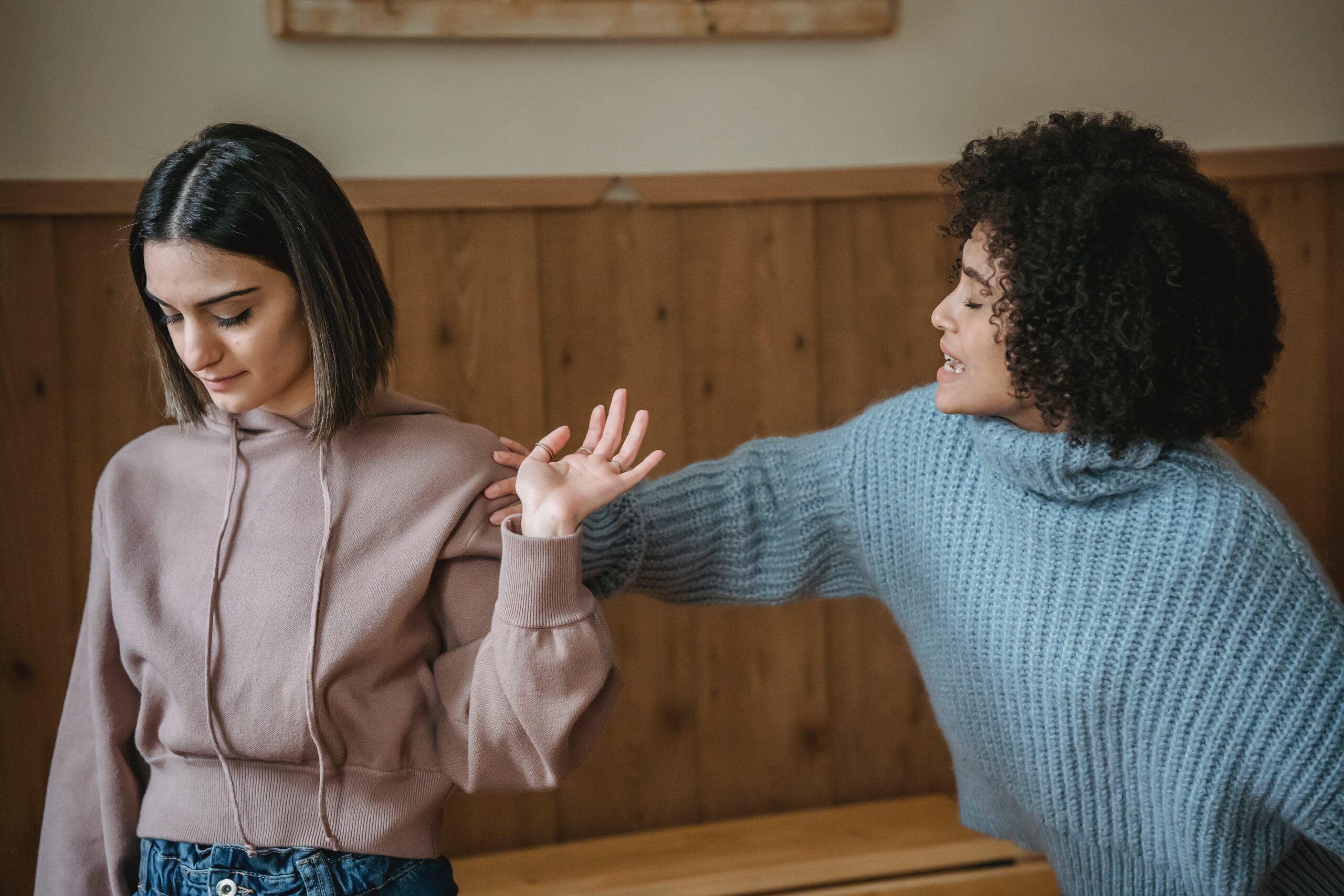 Michael Killoran Ross reflects on the psychology of the Culture Wars and considers the way forward.

Times is tough, folks. We are living through an extraordinary historical moment. Political polarisation rules, deprivation accelerates, public discourse deteriorates, social fabric is disintegrating. America, that shining beacon of democracy, failed to recognize itself as the Capital buildings in Washington were overrun with protestors and the aftershock from this has not yet abated. In the United Kingdom, Brexit and its sequelae still separate communities, families and friends. Similar divisions can be found in numerous other countries.

And all of this intensity is being played out against a context of global viral pandemic. No one seems to be listening but everyone seems to be talking, and, increasingly, talking past each other, demonizing alternate views, denigrating competing narratives. It feels like we are rushing headlong to impasse. What is going on here?

Now, a social ‘moment’ does not happen randomly. It takes a variety of factors to create a collective mindset. As a basic starting point, and as a general observation, it seems to me clearly observable that, even at the best of times, we have a particular challenge in holding two competing ideas in mind at the same time, especially those ideas relating to other people.

It seems innate in us to want to maintain one view, usually our own, to the exclusion of competing narratives, especially when we find ourselves opposed.

We seem to think that the simplest way to bolster our own position is by demonising those on the other team.

They don’t think like me, therefore there is something wrong with them.

This kind of thinking plays out as we judge friends, relatives or workmates from binary perspectives. Crucially, we do the same thing toward public figures, in our political views, and in our moral judgements. Considering competing or even complementary ideas – in a sense, riding two lanes on the track at the same time – defeats us.

I first became aware of this truism following the death of Princess Diana in 1997. In the aftermath of that event, there were those who petitioned for her immediate secular canonisation, considering her many acts of kindness as clear evidence of saintliness. At the same time, there were those who characterised her as a manipulative, scheming woman who managed to hoodwink the nation.

I didn’t know the woman, so I am in no position to comment one way or the other, but what occurred to me at the time, was that it was possible, indeed probable, that, like all of us, she possessed a range of qualities that may have existed in complete opposition to each other all at the same time. It seems logically unlikely that she was either saint or sinner but, rather, something of an amalgam.

Reflecting further, I wondered, are we hard-wired for blinkered thinking?

The Swiss psychologist Jean Piaget (1896-1980) established theories of cognitive and moral development, comprehensive in scope, which consider the nature and development of human intelligence. Piaget’s theory essentially deals with the acquisition, construction and use of knowledge.

As we mature and develop cognitively, in our capacity to reason and think, so we undergo moral development. Piaget argued that moral development is a constructivist process, in which an interaction between action and thought builds moral conceptualisation.

In his work, Piaget suggested that there were two essential types of moral thinking, heteronomous morality, also known as moral realism, and autonomous morality.  According to Piaget, in the first stage of moral development (when children are aged between five and nine years), heteronomous morality, children believe that morality is related to obeying the rules of other people (parents, teachers, God). At this stage, children believe that rules are established by an authority figure and that transgression against these rules leads to immediate, and probably, severe punishment.

In later development (when children are aged nine to ten years), they enter into the stage of autonomous morality, also known as moral relativism.  Children become more like adults in their moral reasoning, more able to understand that rules are made, and can be changed, by people. Motives in behaviour also become more pivotal at this time.

However, during this process of development, a certain moral rigidity can sometimes be observed in the growing adolescent as any parent who has ever attempted to argue with a teenager can testify.

Although Piaget’s enduring influence is recognised, his theories have been challenged on the basis of his research methods. Of significant difficulty for contemporary developmental psychologists, Piaget’s model is based on a ‘stage theory’ of development. Stage theories suggest that development moves through a series of distinct ‘stages’ over time, a constant order of succession, that each stage can be understood based on distinguishing characteristics.

In contemporary research, so the discussion goes, stage theories lack validity, failing to adequately explain multiple individual variations. Further, stage theories tend to consider the final stage as a permanent achievement, ignoring the possibility that children and adults may move both forward and back across stage boundaries.

And is that ‘moving back and forth’ across cognitive and moral boundaries what we are currently witnessing? Is there a capacity in us that allows us to ‘retreat’ from what might be construed as ‘reasonableness’ to something more destructive and unhelpful? And is that capacity aided by rampant hyper-individualism?

Our apparent inability to hold two ideas in tandem, coupled with our apparent requirement to denigrate competing views, leads only to a cacophony of noise.

While we fail to consider that our political adversaries may have a point, even if we disagree with that point, we will continue to create a lot of smoke and very little heat.

Social media contributes to this kind of single-mindedness in especially unhelpful ways. Other commentators have described the ‘echo chamber’ within which social media responses exist. Those holding a view share that view with others holding the same view, all of it completed in 280 characters. The sound bite reverberates. Crucially, the prevailing mind-set is never seriously questioned. There is no room to do so.

Whether we agree or not, over 70 million people voted for Donald Trump in the 2020 presidential election. Not all of those 70 million can be zealots, white extremists bent on illegality, false news, and social destruction. Among those voices, there must be those with genuine concerns about the direction of their country. They deserve to be listened to.

In the United Kingdom, something like 17.5 million people voted to leave the European Community. Not all of those people can simply be reduced to mindless xenophobic ‘Little Englanders’. There have to be those who, for a variety of reasons, genuinely believed that their fortunes are better served outside the EU. They have a view; they deserve to be listened to. Simply denigrating the opposition is unlikely to move us very far very fast.

So, is there a solution? I hope so. As we shout around each other, people are dying, children are hungry, social care systems are creaking. Robert Putnam, with Shaylyn Romney Garret, argue in their recent book, The Upswing: How America Came Together a Century Ago and How We Can Do It Again, that the only hope in America, and for the rest of us further afield, is to move from an ‘I’ society to what they call a ‘We’ society.

Putnam and Romney Garret claim that the United States of the late 19th century was as individualistic, polarised, unequal, and socially fragmented as the United States of 2021. They suggest that the historical America was an ‘I’ society, which, over the course of the early 20th century, evolved, through activism and effective leadership, into a ‘We’ society.

However, at some point in the middle of the 20th century, things went into reverse, leading to a nation with greater economic disparity than at any point in the previous hundred years and political polarisation characterised as the worst since the Civil War.

During the previous upswing, fundamental change occurred at the grassroots, distally supported by political reform. The protagonists were known as ‘The Progressives’. Key to their success was collective soul-searching in which the reformers, both bipartisan and non-partisan activists, recognised their own complicity in social disintegration. There we have it.

The authors argue that the way forward, the way out of delimiting hyper-individualism, is a resurgent ‘We’ society in which we become more focussed on our mutual social responsibilities, where political differences are kept manageable, where economic inequality is reduced and, fundamentally, where citizens become re-connected and willing to strive toward a shared destiny.

This cultural shift can only occur if we begin to genuinely examine personal responsibility. The choice is ours. We continue to shout past each other, casting blame, denigrating competing narratives, or we begin to listen, develop tolerance for difference, and value cohesion over incoherence.

Reverend Dr Michael Killoran Ross is a Permanent Deacon in the Diocese of Motherwell, Scotland. He was formerly Consultant Clinical Psychologist/Head of Service in Psychological Therapies until his retirement in 2018.