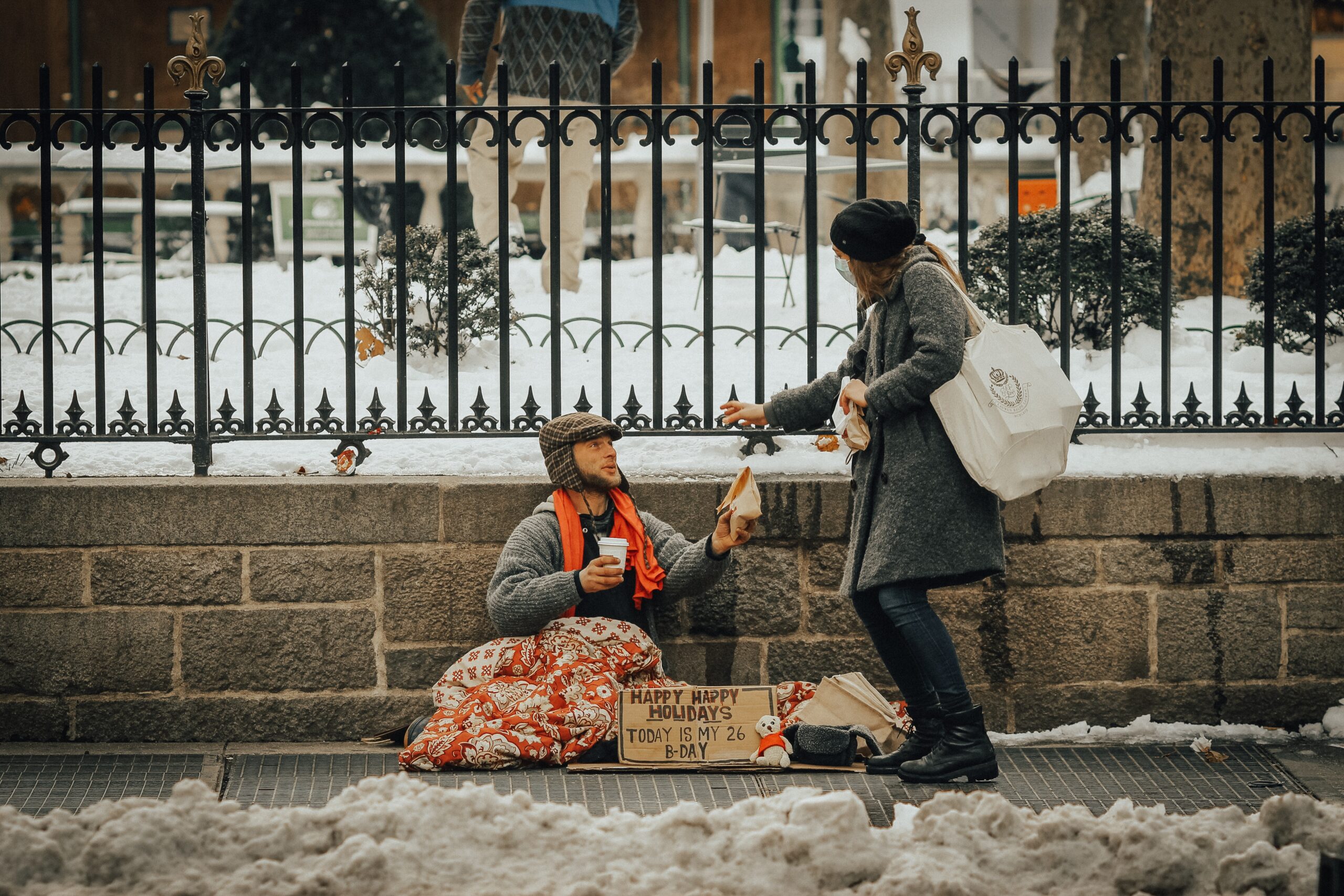 Natasha Pritchard finds her faith bolstered from the most unlikely of sources.

“You don’t have to be religious to be a good person” is a statement we often hear. It’s the core conviction of Humanists and a truism generally accepted by all but the most fanatical of religious believers.

But for those who spend time running church food banks, visiting the sick as part of a parish group, or getting involved in religiously-inspired charities, it might be tempting to believe that goodness is intrinsically linked to faith.

For many Christians (and I speak as one), most of the good works we undertake are linked to our church communities, where there are plenty of opportunities for fundraisers, bake sales and volunteering. It is sometimes difficult to realise that even the language we use is biased: we talk about selfish and unkind behaviour being unchristian, and those who do good in the world are praised for their Christian efforts.

I’ve always thought that my desire to be a good person (however much I may stumble and fall) came from my Christian faith. It’s not that I’m thinking, “well, I could get into heaven for this” every time I help somebody in need, but it would be wrong to suggest that my moral compass hasn’t been influenced by my faith from an early age.

I’m fortunate to know some wonderful Christians who put God and neighbour first and follow Jesus’ command to build the kingdom of heaven on earth, feeding the hungry and walking alongside the poor. Yet the people who inspire me most in my own life are often those who do this without the influence of faith.

At university, I was always in awe of a fellow theology student who took to the streets in protests against animal cruelty, racism and poverty every weekend. He was so outspoken and committed. I remember thinking to myself what a great example of a Christian he was – not a strange assumption, most people on my course were Christian – and then I learned he was an atheist.

In principle, I shared his beliefs and might even have signed a couple of his petitions. I do remember joining a Hope Not Hate rally but, in reality, I spent my student years studying, throwing house parties and indulging in a lazy student lifestyle. He went far beyond what I was willing to do, and he didn’t even have my Catholic guilt driving him forward!

One of the most moral and ethical persons in my life is my friend Jo. She makes very careful decisions about her actions – from where to shop, to how to vote. She cares deeply about the poor, the oppressed and the environment. Something that always sticks in my mind is that she once mentioned in passing how she replaces empty toilet rolls in public bathrooms from the stack of rolls on the ground, so that older people or those with disabilities don’t have to bend down to do it. Such a simple thing, and I was ashamed that she had so much goodness as to think of this when I’ve never given it a thought.

Jo has no religious belief and self-identifies as an atheist. She would say she is the most godless person around, but in her thoughtful actions I see God.

My mother-in-law is not a practising Christian in the traditional sense – you’d be more likely to see her in the stands at a football match on a Sunday than kneeling in front of the altar. But in her actions, she’s not just practising, she’s perfecting Christian service. You wouldn’t believe how many peoples’ shopping she did for vulnerable people who were unable to leave the house last year, and when my step-father (someone she didn’t even know that well) had Covid, she thought nothing of risking her own life, going over every day to give him the nursing care he needed.

I have a neighbour whom whenever I see her I ask “how is your daughter?” Her response has been the same for years: “Oh, she’s fine. Still not going to church, though. I keep praying she will come back …” Once or twice, she has been on the verge of tears saying this. I met her daughter at a conference once by chance, and over coffee we had a deep conversation about spirituality. To me, she seemed closer to God than most. Her words were an inspiration and taught me a lot about gospel values – humility, compassion, and love of neighbour. She may not go to church anymore, but she feels close to God, and her spirituality taught me a lot.

If I ever have children, I have a list of friends and family whom I would consider for the role of godparent. I respect the Church’s definition of this role enough to restrict it to those who are practising Christians, people who would help to raise my children in the faith, to follow Jesus and love God. Yet I also have a mental list of those who would be my children’s ‘moral-parents’. An unofficial, undeclared role, they wouldn’t stand at the front of church holding a baptismal candle but they would hold my child’s hand as they navigated through life, teaching them to stand up for what is right.

Christians reading this might accuse me of being wishy-washy, saying religious belief and practice don’t matter because all that matters is being a good person.

But that’s not what I mean. Being part of a church community has given me so much and has inspired any good that I have done in the world. For me, my life is richer and I’m a better person because I have my faith in a personal God as my inspiration.

Non-Christians might think I’m sitting here on my Christian high horse, saying: “Look, I found some non-Christians who are good people, what an amazing discovery!” I certainly don’t mean it that way. I’m just saying that the people who inspire me to live out my Christian faith most are often people who aren’t Christian themselves.

Of course goodness exists outside of religion. It’s just that I personally have to work hard at goodness, finding the inspiration to do so in my faith – the discipline of the saints, the sacrifice of Jesus, the obedience of Mary … I’m envious of these non-religious people in my life to whom goodness seems to come so freely and generously – naturally, in fact.

I am privileged that God has put so many good and godly people in my life – those who go to church, and those who don’t. God bestows his goodness on all people – whether we act in his name or otherwise.

And if sometimes I wonder if I’m on the right path, I take comfort in the conversation Pope Francis quoted a few years back on this topic:

“We must meet one another doing good…”

“But I don’t believe, Father, I am an atheist!”

“Well do good: we will meet one another there!”

Natasha Pritchard has been involved in ministry for the Catholic and Methodist churches for the past ten years, working in hospital chaplaincy, care home chaplaincy and youth ministry. She writes regularly for religious and sporting publications. Her passions are German football, ice skating, nature, exploring the world and reading. She is an open-minded Catholic who wants to encourage people to grow closer to God and get involved in social justice. She lives in Liverpool with her husband Ben.