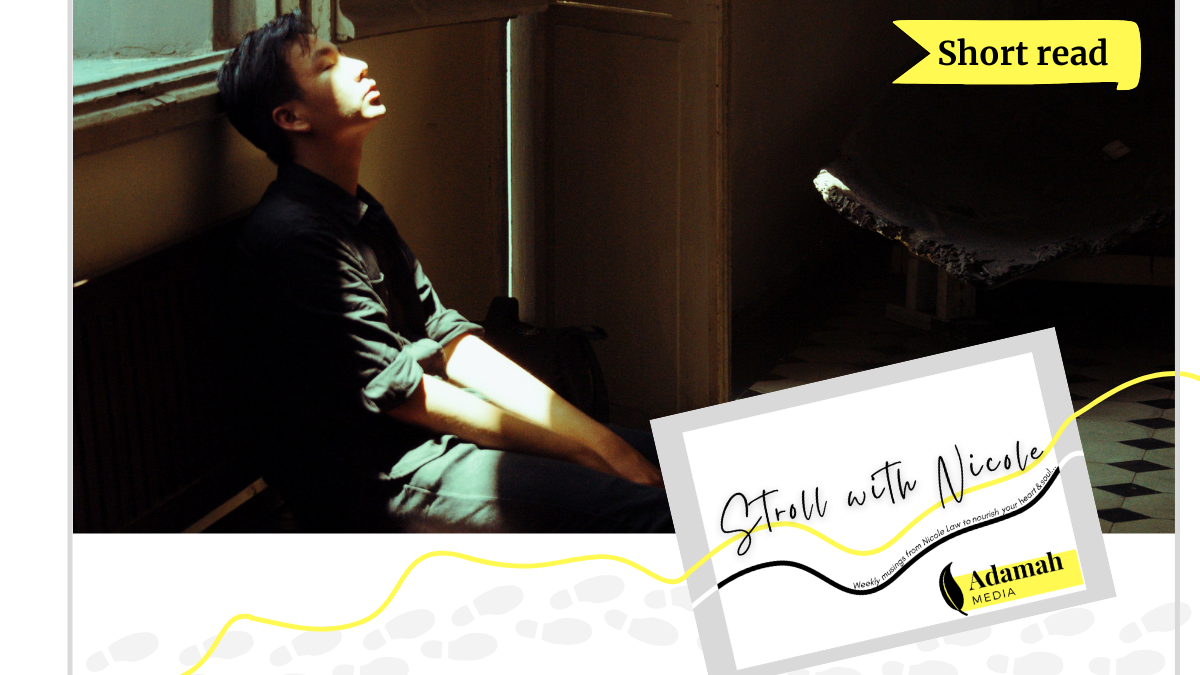 Nicole Law offers advice on what to do when you feel like giving up.

I received the email this morning … “Your poetry manuscript has been rejected.”

I sat in silence at the dining table. To my surprise, there was no outpouring of emotion, only a slight twang of disappointment. The next few moments consisted of me scrolling through lighthearted mailers on the latest brownie craze, recommended reads à la Google algorithm and slicing through pancakes.

I am no stranger to rejection – it is a humbling reminder that there is always work to be done, there are always invisible glass ceilings to break and perceptions to shatter. In fact, for most of my experience as a writer of prose or poetry, I have been more accustomed to negative than to positive feedback.

When I was younger, I used to feel crestfallen at each rejection, each piece of criticism hurt and I was highly sensitive to the opinions of others. The trouble was, I was so attached to my own writing that I failed to see the areas which might be improved with simple tweaking and revision.

While I was in secondary school, I used to enter writing competitions and write my own short stories on the side, mostly fiction. I spent many lunch breaks reading in the school library, though I was often told that such reading was a luxury. It felt like an indulgence at the time when most students my age were busy revising for major exams. Yet, I found an odd solace in the library.

Some of my more nonsensical fictional pieces, like one about a man metamorphosing into a cat in space, raised my teachers’ eyebrows.

But despite this lack of support (my first taste of rejection), I was proud of the story and wanted to give it a shot. What was there to lose? In the end the story returned with a Silver Commendation and instead of feeling vindicated, I felt proud that I had tried.

Over the years I have met with a whole string of rejections and criticisms of my writing, in particular my recent attempts at poetry. Some more experienced writers commented that a lot of new writers resort to clichés and made some decidedly harsh criticism of my work on a public page recently, much to my disappointment.

I felt angry at first but, after some soul-searching, realised there was an element of truth in their criticism, though I took issue with the tone.

Rejection might appear to be a death knell to creative pursuits and, I daresay, ambition, but it can also be a bucket of cold water to awaken us from our reverie.

Some creative people are significantly affected by repeated rejection and stop creating altogether. I have seen truly creative individuals cease all their projects after a particularly painful blow by critics.

Yet I question the definition of ‘merit’ as the quality of being particularly good at something or worthy of praise or reward. Our conventional understanding of merit points to the desire to be recognised, to be praised – in short to be seen and appreciated. It says nothing about the inherent value of the creative product itself.

Whether or not the written work, painting or sculpture are displayed in a prominent place, the creative product has an inalienable value.

Rejection does not take away or diminish that value, it simply means that according to externally defined yardsticks, a group of individuals has decided that the work is not ‘worthy’ of recognition.

Across the millenia, I wonder how many artists and writers were lost to society because no one recognised their talent or craft, according to the prevailing frames of thinking at the time.

I look at Starry Night and think of how Vincent van Gogh, a master painter by our contemporary standards, faced countless rejections while he tried to make headway in the art world. His talent is clear to see now, yet he only sold one painting in his lifetime.

I wonder how many van Goghs live in our midst?

Rejection isn’t something we like to talk about, in fact we try to sweep such experiences under the carpet. It’s easier to talk about wins and promotions, a new relationship or a bigger house. It is much more difficult to own our failures and to know that failure is not a permanent state, but rather a reminder of our own frailty and inability to control the perceptions of others.

The great French artist Paul Cezanne  was repeatedly rejected by the Paris Salon for a full five years, between 1864 to 1869. The same man who produced 900 oil paintings and 400 water colours in his 40 year career. The same man who inspired both the Fauvist and Cubist movements and whom Matisse and Picasso are said to have called the ‘father of us all.’ .

As I reflect on this I come to the conclusion that perhaps the most recent rejection email isn’t a sign of the end of writing as I know it, nor an invitation to put down my pen, but a reminder to keep writing, not for the sake of merit but for the simple act of breathing life into words. As Sylvia Plath put it beautifully, “Let me live, love, and say it well in good sentences.”