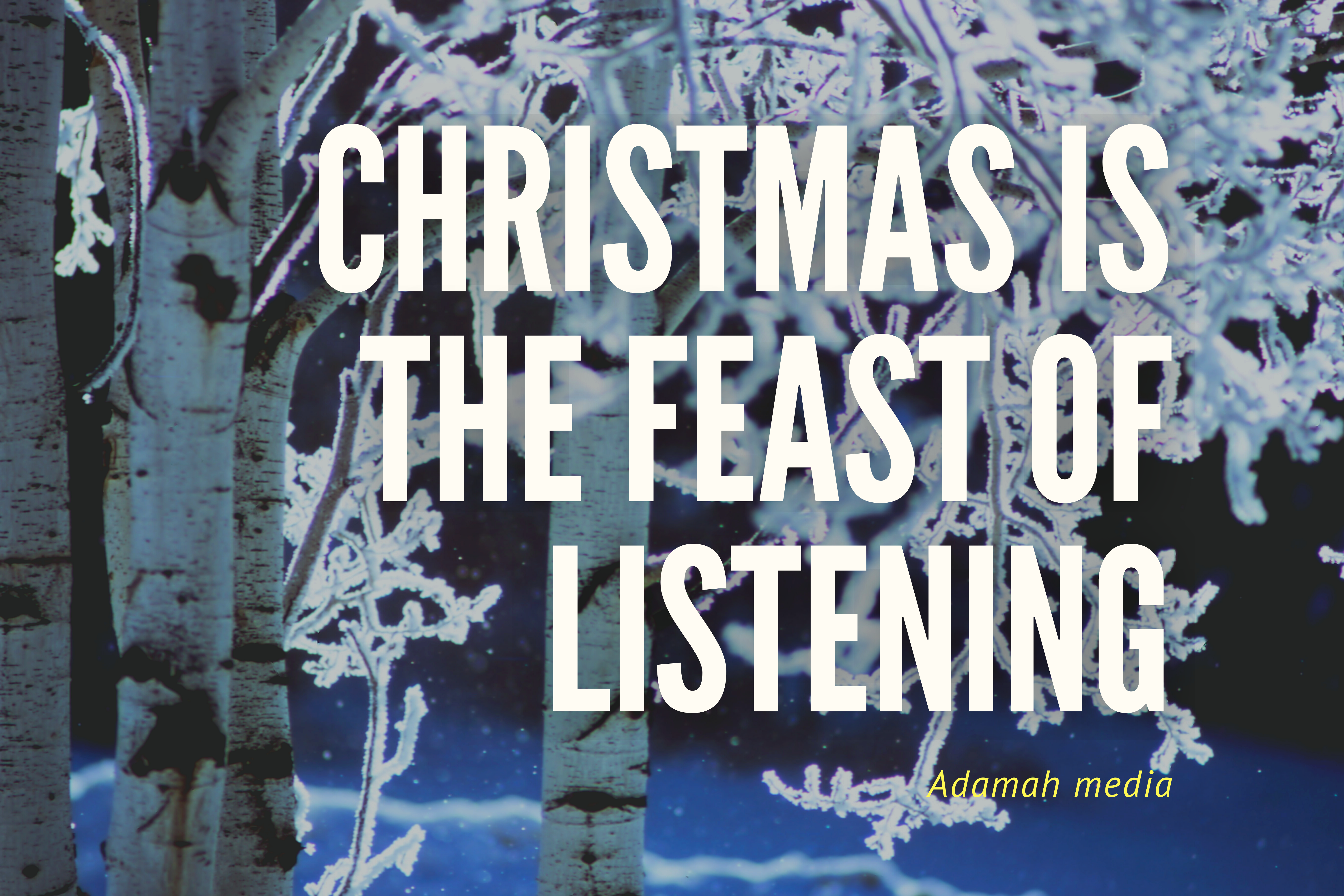 For a season which is habitually designated as one of goodwill, Christmas this year is struggling to live up to its reputation.

Divisions in society are chasming into ruptures – the sharp, noisy drill of a pandemic on otherwise healthy soil has left deep cracks.

Political and cultural earthquakes in Britain and America (think Trump, think Brexit) have loosened the bonds of community in those countries and the surrounding areas and have shattered peace within families and even within hearts. In Africa frustration at injustice and corruption is boiling over into street protests. In Asia gross abuses of human rights are continuing while the world looks away.

Even the word Christmas itself is fertile territory for culture warriors on both sides – one group insisting it should be renamed Winterfest or some other such invention ‘to avoid offending other faiths’, and the other defiantly affixing ‘keep Christ in Christmas’ stickers on every letter they send – even the gas bill!

In the middle of all this cacophony of discord the small still voice of dialogue and respect and truth risks being extinguished.

It is only in listening that we learn.

With these memorable words, Carlo Maria Martini, then Archbishop of Milan, opened the series of public dialogues with great figures from the worlds of culture, politics, religion and the media that went by the name Cattedra dei Non Credenti and which ran from 1987-2002.

Great scientists and writers, agnostics and atheists took up the invitation to dialogue in the great Gothic stage that is Milan’s Cathedral with the city’s Archbishop – an austere, slightly shy biblical scholar with a passion for dialogue.

It was a celebration of the capacity to listen.

Adamah is also a celebration of the capacity to listen.

It was Mary’s capacity to listen to the angel which paved the way for the events of Bethlehem. It was the shepherds’ trained ear which heard the angels’ song and led them to the manger. It was Joseph listening to God in dreams who protected the God-child and his mother.

And, in the faith of Christians all around the world, it was God’s listening to humanity’s pleas which saw the explosion of the divine into human history in a backwater town a few miles outside Jerusalem in the middle of a census – a moment of national upheaval in Roman-controlled Palestine.

Adamah has something very Christmassy about it.

The word ‘adamah’ is Hebrew. It means ‘good soil’ from which Adam, the human person, can grow and flourish.

Over the last fraught, noisy, painful year, we have tried to cultivate good soil to allow good writing to grow. Our latest effort is to provide new opportunities to young writers of talent and open-mind through our competition (it’s not too late to enter) and internship offer.

We have tried to be champions of the lost art of listening.

Our commitment to civility, to respectful dialogue and to good writing is renewed this Christmas and will expand in 2021.