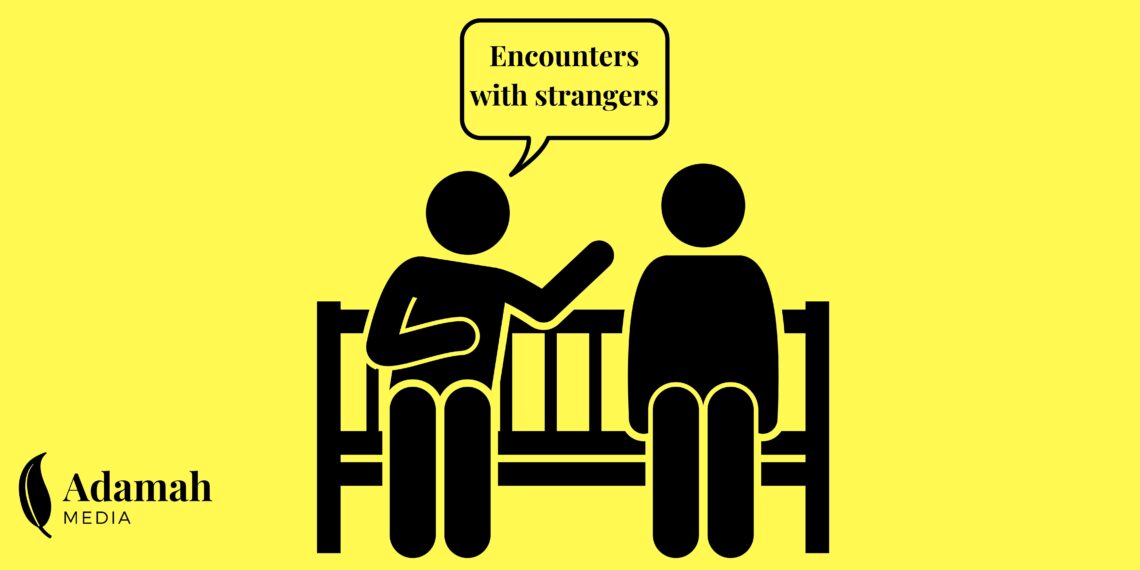 Smarting from a false accusation of queue-jumping led true Brit Tascha von Uexkull to consider how all too easily we project our own negativity onto others.

I’m a little lost for words this week. My mind feels as if it’s in a million different places, hardly settling on one half-finished task before moving onto the next. I have a sense that once one is accomplished I will feel calmer, yet in reality I doubt this is really the case. For one completed list only births another incomplete one, doesn’t it?

It’s easy in such a state of overload, with thoughts traversing your mind with the regularity of subtitles in a dialogue-heavy foreign movie, to forget that beyond your internal reality, there exists another quite separate exterior one. It is at such moments that we find ourselves projecting our own exasperation and unhappiness onto others.

Perhaps this is why we have so many unsatisfactory encounters with strangers.

That is to say, was I projecting my own negative feelings and thoughts onto strangers around me and thus creating situations that I then perceived as negative?

The other day I was very frustrated by being (incorrectly) told I was pushing in when really (like a true Briton) I had been queuing the whole time. My first impulse was anger because I was already on alert, on the defensive, waiting for the next person to offend me or be unkind to me.

Afterwards I wondered, if I had been expecting a different outcome, if I had been confident of the consideration of those strangers around me, would I have reacted differently?

Similarly, when recalling acts of inconsideration towards me, I remembered an instance when I was departing London Underground and fell on the stairs. In my recollection, it was oddly easier to focus on the strangers who had passed me by, almost trampling me to reach their destination a few moments faster. It was harder to hone in on the one man who’d stopped, reached out his hand, and pulled me up out and away from the mass of frantic feet and said ‘it happens to the best of us’. And yet, when I did focus on the latter, I felt much better and much more able to see my fellow travellers in a more generous light.

Forewarned is forearmed, they say, but I don’t think that means we should go through life like someone with his finger on the trigger of a loaded gun ready to shoot at the first provocation.

Or in other words, consideration is also considering that in any given situation there’s a lot more to reality than our own bad mood!

Here at Adamah, we are always seeking to give space to the wisdom of new writers and new perspectives. We were lucky enough to be exposed to much of this wisdom through our recent young writers’ competition, through which we received an array of fascinating articles, ranging in topics from sustainable agriculture to courtwatching. Click here to read our winning article!