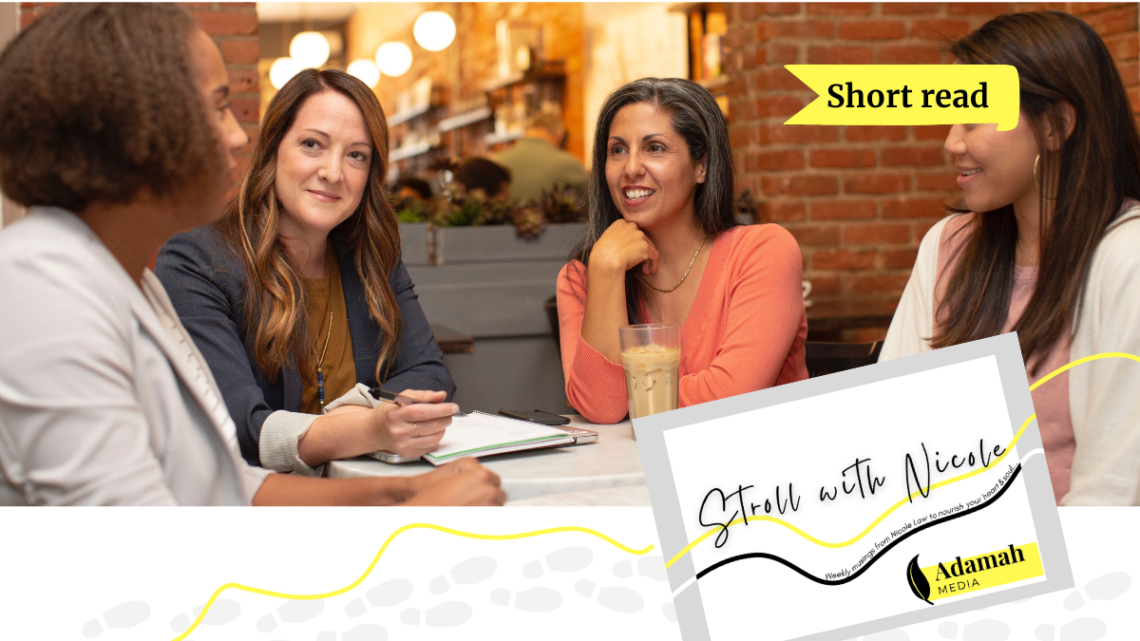 A TV series that recently caught my attention was Marvellous Mrs Maisel which tells the true story of Midge Maisel, a woman who, at first glance, manages to fulfil all the necessary roles of a woman in 1960s New York. She cooks a mean brisket, cares for her two children and, perhaps most crucially, supports her husband’s dreams to become a successful comic. She appears to be the ideal woman, the partner par excellence, until things take a turn when she discovers her husband’s affair with his secretary.

The lonely walk Midge takes from her apartment to the diner where her husband once performed his comedy act seemed emblematic of the complexity of the woman. Her balancing act searching for both independence and dependence contained within it the label of her femininity. Midge stumbles to the stage, grabs the microphone and launches naturally into her own brand of comedy, setting her off on a career as a stand-up comic. She is hauled off to the police but not without taking back part of her identity.

Over the next few episodes, there are attempts by friends and family to convince her to forgive her husband and to ‘win him back’. Yet, Midge remains resolutely independent and teaches women that there is no need to return to toxic situations.

We see Midge slowly heal and learn to forgive her husband in the subsequent seasons, a reminder to both men and women alike that the act of forgiving someone takes time and a lot of grace. When we are wronged, we are tempted to close ourselves off from the one who has hurt us in an act of self-protection. Midge, though seemingly ‘tough’ on the outside, shows us that a woman can also venture into the vulnerability of forgiving her wrongdoers by understanding that we are all inherently weak and prone to error.

It struck me that Midge always seemed to be an independent female character, from her dry wit to her sense of self confidence. Although the social pressures of the time may have shaped beliefs about a woman’s primary role, I think there is something to be said for resisting these structures.

The Chilean-American writer Isabel Allende expresses this in no uncertain terms in her incisive book The Soul of a Woman when she declares: “When I say that I was a feminist in kindergarten, I am not exaggerating.”

It is evident that how we educate our daughters about what it means to be a woman will in some way determine the woman they will become.

I see interesting parallels between the two women. Midge’s father, Abe Weissman, an academic at Columbia University, often bemoans sending his daughter to college to study Russian Literature but it is clear that he has raised a strong-willed young woman. Similarly, Isabel Allende’s grandfather stands in for the masculine figure in her home as her father leaves the family during her early years. Her grandfather tells her solemnly before she gets married, “You can always change your mind and head out the door.” It has often been said that strong fathers make strong daughters (at least when they have the strength to respect their daughter’s freedom) and this seems to have been the case with Midge and Allende.

Uncannily, Abe also mentions in the series that he always told Midge to think carefully before going ahead with marriage. The views of these two men place a lot of the discussion about marriage within context.

This discussion helps to present the numerous life paths a woman can choose. The crucial thing here is the idea of autonomy, which, alas, many women in today’s world still do not enjoy.

We applaud women who have discovered their vocation to marriage and motherhood. We applaud women who have chosen to remain single and commit themselves to various programmes and initiatives that form their life’s work. We applaud women who focus on their careers to serve in the public and private sectors and watch them ascend the ladders of success. Yet we are cognisant that many women today do not have the same opportunities to choose for themselves and we must acknowledge our position of privilege and work to improve opportunities for other women, where possible.

It makes me more aware of how, as a woman today, I value my independence and sense of identity. I must admit, though, that there are days when the invisible pressures take their toll on my self-resolve. Many women wonder whether they are living up to a model of femininity. They question their choices to prioritise their career, feel confused about the endless ‘game’ of romantic relationships, and are accused of being selfish when they take a day off from their responsibilities.

The paralysis here lies in attempting to fit one’s life choices into the mould of the women who have gone before.

The truth is, the choices we make will never satisfy everyone fully.

The key to being a woman of our times is to take the advice of others (however well meaning) with a pinch of salt and a gracious smile and to be fully aware of one’s worth and value.

This involves living out our femininity fully – caring for our friends (yes, sometimes reestablishing those female friendships), injecting a sense of empathy into the corporate environment, and daring to be vulnerable. There is actually a lot that is strong about feminine softness – after all, soft materials need a lot of strength to give heavy objects falling on them a gentle landing.

Femininity looks different on every woman, but the important thing is it fits like a good pair of jeans, à la Sisterhood of the Travelling Pants (in which the same pair of jeans fits each girl in a group of friends).

Take the time to figure out what works for you and don’t shy away from affirming and building up the women in your life. Tell a friend something you admire about her, send her a motivational text at the start of the work week, organise a get-together to share stories and life with one another. A woman of our times gathers others to herself and creates a safe space for them to unfold and, ultimately, discover who they are. A woman of our times is a woman who rejoices in the unique individual she was made to be. She runs, stumbles, but gets up again each day to keep running the race.

Allende rallies us to “light the torch of our daughters and granddaughters with mine. They will have to live for us, as we lived for our mothers, and carry on with the work still left to be finished.”

Hers is a wisdom worth reflecting on …